At HAI‘s HeliExpo 2019 in Atlanta, Everett Aviation signed a lease for their first Sikorsky S-92A from Lobo Leasing. The Tanzanian based operator has put the aircraft, MSN 920140, onto the Kenyan register as 5Y-EXZ. It had pride of place on the Sikorsky stand and is due to arrive in East Africa in mid-April 2019.

We’re delighted to be introducing the S-92A… Many regions across sub-Saharan Africa are seeing a tremendous boom in infrastructure and civil engineering projects, and our new S-92A is ideally suited to supporting those missions. This particular helicopter is equipped with a highly versatile utility interior, which can seat up to 19 passengers in standard configuration or mix passengers with stretchers or cargo in a combined configuration. Three Potential S-92A Utility Combi Seating Configurations.  The Aircraft Can Also Be Fitted with 22 Troop Seats or the Conventional 19 Seats

We also see opportunities for the S-92A in the offshore role in our region, and we plan to offer that configuration to our clients soon. 920140 was formerly operated by AAR, who had acquired the aviation businesses of Xe, in Afghanistan in support of US Transportation Command (USTRANSCOM). Sikorsky has delivered more than 300 S-92A helicopters since entry into service in 2004.  Sikorsky say that:

They will also feature the ‘Phase IV’ main gearbox.  This is constructed of aluminum rather than magnesium and a different lubrication system. A GE CT7-8A6 engines, as used in the VH-92A Presidential helicopter, are an option, for improved hot-and-high performance. 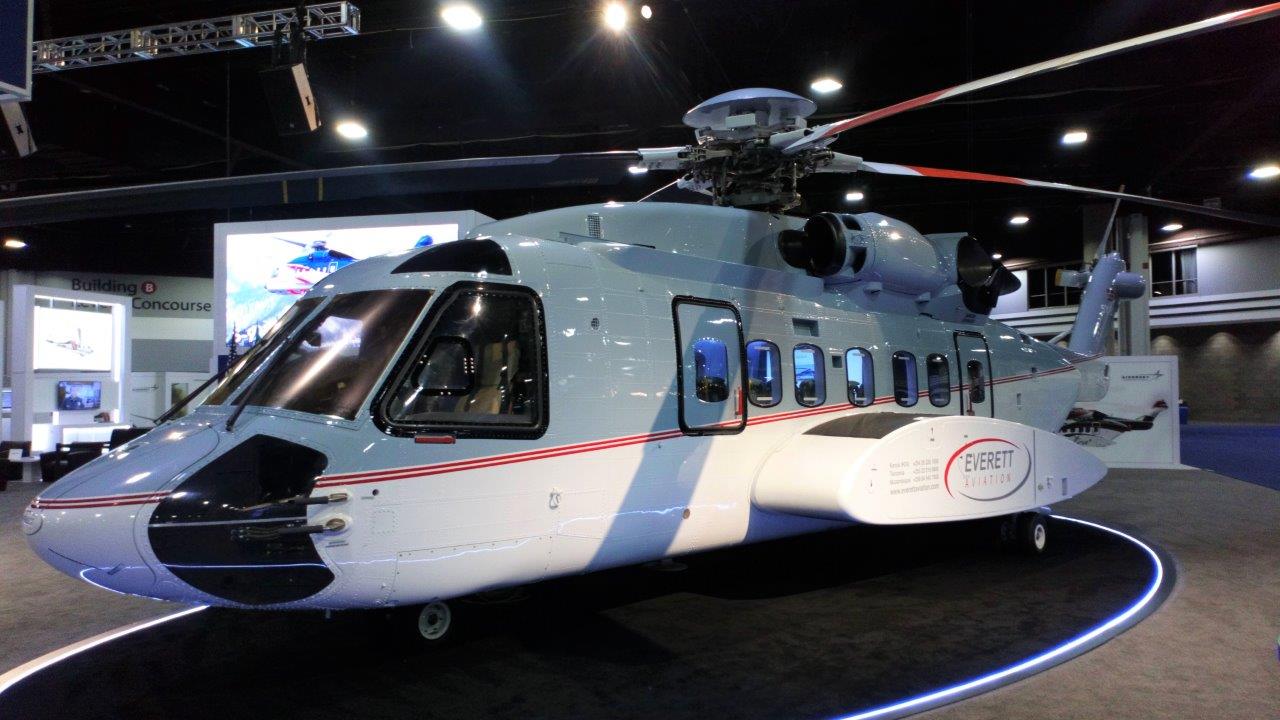