Smoke in Cabin: Anatomy of a Wash Rig Error

The Irish Air Accident Investigation Unit (AAIU) has recently reported on a smoke in cabin event on Aer Lingus Airbus A320-214 EI-DVJ at Dublin on 3 October 2015.  This was due to actions taken during an engine wash the previous evening.  We focus on the maintenance human factors lessons.

Immediately after take-off from Dublin (EIDW), on an early morning scheduled passenger flight to Munich, Germany (EDDM), the Flight Crew detected an unusual odour in the cockpit. A short time later, the Cabin Crew reported that there were fumes in the aircraft cabin. Following an assessment of the situation, the Flight Crew declared a PAN (state of urgency) to Air Traffic Control (ATC) and donned their oxygen masks. The aircraft returned to EIDW, where a normal landing and taxi to stand were performed.

Once the air bridge was in position, the forward passenger door was opened and the passengers disembarked the aircraft. The Operator reported that the smell/fumes in the cabin were such “that by disembarkation, many passengers had [their] mouths covered with items of clothing and handkerchiefs”.

Post-event medical examination of the Flight Crew resulted in no adverse findings. The Flight Crew Members donned their oxygen masks and therefore were no longer breathing air from the air conditioning system. However, the Cabin Crew Members, similar to the passengers, were breathing cabin air throughout the event. Subsequent medical tests on the Cabin Crew Members also resulted in no adverse findings and, at the time of writing, there have been no reports of associated illness from any of the Crew Members involved or from the passengers.

A scheduled engine wash was performed on the aircraft when it was undergoing maintenance on the night before the occurrence.

Both maintenance engineers (referred to by the AAIU as ‘Engineer A’, who had a company authorisation on the A320, and the assisting ‘Engineer B’) read the Aircraft Maintenance Manual (AMM) prior to commencing the task on the aircraft’s CFM56-5 engines.

They were aware that using a corrosion inhibitor additive during an engine wash was not essential, but if it were not used the aircraft had to fly within 24 hours.

They said it was decided to use it to cover any unforeseen event that could prevent the aircraft from flying within the 24 hour period.

Engineer B said…although he had performed the engine wash in the past, he had never used the corrosion inhibitor and before using the engine wash rig, which is fitted with two fluid tanks, he needed to re-familiarise himself with its operation by reading the instructional placards and booklet affixed to the rig…which detailed how to connect the lances of the rig to the engine and how to adjust the pre-charge pressures of the tanks and the rate of fluid flow. Before pressurising the rig for use, with the cans of corrosion inhibitor sitting on top of the wash rig and [with] “tank” in his mind, he checked with Engineer A as to where the inhibitor was to be added:

Engineer B poured one can of inhibitor into each of the two water-filled tanks of the wash rig.

The Effect of the Inhibitor

The inhibitor, which is insoluble in water was therefore:

The [two] Engineers…carried out a post wash test in accordance with the AMM and… no fumes were noticed in the aircraft cockpit or cabin. The test performed was the ‘Alternative procedure – Post Engine Wash Test’, which permits the engines to be operated at idle power only.

The Alternative Procedure is intended for use only when a wash has occurred with pure water (and no detergent) and was certainly not intended to detect other contaminants.

During this test, bleed air would have been supplied through each engine’s High Pressure (HP) bleed valve, by the ninth stage of each engine’s high pressure compressor, which is the final stage of compression. However, as no fumes were noticed during the engine run, which was reported to have lasted for approximately half an hour, it is unlikely that there was any corrosion inhibitor trapped in the HP bleed ducts and HP engine chambers. Because only 1% of the core engine air is extracted by the bleed system, it is likely that the majority of any corrosion inhibitor residue remaining on the compressor blades and stator [sic] following the engine wash, passed through the engine during the idle run, without entering the HP bleed system.

Fumes only became apparent after take-off, when the engine power setting was such that bleed air would have been supplied by the fifth (Intermediate Pressure – IP) stage through the IP bleed check valve of each engine. Only then would any corrosion inhibitor trapped in the IP engine bleed chambers or the associated bleed ducting be purged. Pressurised air in the engines’ high pressure compressors reaches temperatures in excess of 400°C. The corrosion inhibitor’s flash point is 218°C and the quickly clearing “smoke-like effect” observed in the cabin after take-off, could have been due to vaporisation or heating of the remaining fluid, with the persisting fumes likely resulting from the now-contaminated air conditioning system.

The AAIU note that the operator informed the engine manufacturer, CFM International, after the occurrence.

In consultation…a water wash with an added cleaning agent was performed on both engines, followed by a wash with pure water. A decontamination of the aircraft’s air conditioning system was carried out. An inspection for oil wetting of the forward sump pressurisation tube on both engines was performed, as was an inspection of the engine bleed ducts. No adverse findings were noted. The air conditioning recirculation filters and the avionic equipment cooling air filter were replaced. In addition, repetitive visual inspections of the engines and the master chip detectors were scheduled to be performed every 50 to 75 flight hours, for a total of three inspections. These inspections were performed and no adverse findings were reported.

However, during 2015 CFM had been in the process of removing the option to use corrosion inhibitor from the AMM because the specified engine runs alone were effective at removing water and the inhibitor had been found to have an adverse effect on bearing life!

The AAIU note (emphasis added) that:

…neither Engineer had received training in engine wash procedures at the time of the occurrence.

Whilst the Investigation acknowledges that it would not be practical for engineers to receive training for each and every maintenance task, the engine wash task requires the use of specialised equipment with detailed operating instructions and consequently, the Investigation considers that specific task training would have been appropriate.  Such training would have reduced the likelihood of an error occurring.

The AAIU don’t specify what form of training they were envisaging (see: Coaching and the 70:20:10 Learning Model for inspiration).

Both Engineers had received their required Company Procedure/Continuation and Human Factors training courses.

The Human Factors course included information on the factors affecting human performance, including “communication”, “lack of knowledge” and “lack of awareness” and the “safety nets to combat them”.

The AAIU make no recommendations due to the proactive response of the airline.

The TN states that “the latest revision of the Aircraft Maintenance Manual (Revision Number 71, dated November 1st 2015) has revised the engine water wash procedure TASK 72-00-00- 100-026-A”, to include the following note:

The engine must resume service operation within 24 hours following this Post Wash Test. If not, a dry-out and re-lubrication procedure must be performed (Ref AMM TASK 72-00-00-100-007).

The following is also stated in the TN:

The option to use corrosion preventative oil has been removed from the AMM. As a result, we have restricted access to all corrosion preventive oil in [the Aircraft Maintenance Computer System] stock, to ensure the previous method cannot be carried out inadvertently.

…the Operator developed an on-line engine wash training program for maintenance engineers. In addition, the event has been included for discussion in subsequent Human Factors training courses. 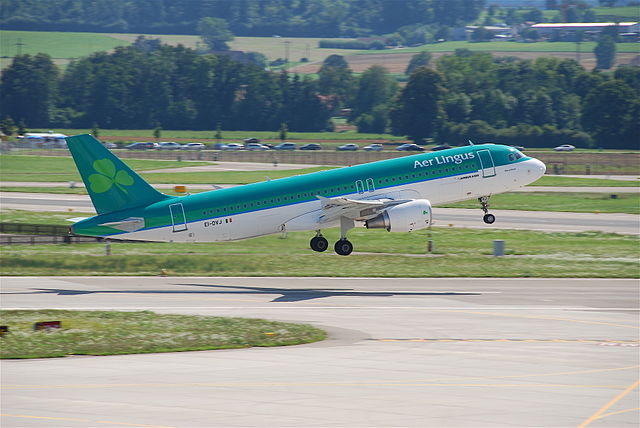 It is very easy to fall for the fundamental attribution error that the personnel in a particular incident were ‘stupid’ or ‘unprofessional’ without considering the circumstances they found themselves in.