Loss of RAF Nimrod MR2 XV230 and the Haddon-Cave Review

On 2 September 2006 Royal Air Force (RAF) Nimrod XV230, with 14 crew on board, departed for a surveillance mission over Afghanistan, in support of coalition forces engaging the Taliban. 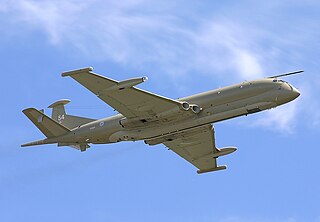 The aircraft rendezvoused with an RAF TriStar tanker for air-to-air refuelling (AAR), then turned towards the operational area.

Eleven minutes after the AAR, a bomb bay fire warning and underfloor smoke warning were reported. Smoke entered the aircraft’s cabin.  Within a minute the aircraft de-pressurised as fire breached the pressure hull.  The crew donned their oxygen masks.  The aircraft turned towards Kandahar, the crew declared a MAYDAY and began a descent.

Last radio contact was 5 minutes after the first warning.   Shortly after an RAF Harrier GR7 pilot, who was flying several thousand feet above, reported that the Nimrod had exploded. None of the 14 crew survived, the single biggest loss of life of service personnel in one incident in theatre since the 1982 Falklands War.

The Investigations and Inquiries

The accident resulted in an RAF Board of Inquiry, a Coroner’s Inquest and subsequently an independent review of the broader issues surrounding the loss.

The BOI had found that the most probable physical cause of the loss of the aircraft was “the escape of fuel during Air-to-Air Refuelling” after which the fuel was ignited by “contact with an exposed element of the aircraft’s Cross-Feed/Supplementary Cooling Pack (SCP) duct”. Th Independent Review was then ordered by UK Secretary of State for Defence on 4 December 2007 with the following Terms of Reference:

In light of the Board of Inquiry report:

The review was to be led by London barrister Charles Haddon-Cave QC, who was widely recognised as a leading UK lawyer in the aviation field, having served on the defence team for the 1985 Manchester air disaster and having also represented survivors in the inquiry into The Herald of Free Enterprise ferry disaster.

The Haddon-Cave Report, was published on 28 October 2009 with 90 recommendations. “Nimrod Review: A Failure of Leadership, Culture and Priorities”

Haddon-Cave agreed with the Board of Inquiry:

…that the ignition source was the Cross-Feed/Supplementary Conditioning Pack (SCP) duct in the starboard No. 7 Tank Dry Bay. As regards the fuel source, new evidence (not available to the Board of Inquiry or other agencies) has come to light which points to an overflow during Air-to-Air Refuelling being the most likely fuel source; although a leak from a fuel coupling remains a realistic possibility.

The Review went on:

There were a number of previous incidents and warning signs, potentially relevant to XV230, which represented missed opportunities. In particular, the rupture of the SCP duct in Nimrod XV227 in November 2004 should have been a “wake up call”.

The Review focused primarily on:

A central part of the report is the failure of a retrospectively prepared Nimrod Safety Case (which cost £400,000) to identify the latent hazards within the design of the type that were instrumental in the loss of XV230. The way this safety case was produced and reviewed was subject to considerable criticism in the report:

The best opportunity to capture the serious design flaws in the Nimrod was during the preparation of the Nimrod Safety Case in 2001-2005. The very purpose of a Safety Case is to identify, classify and mitigate potentially catastrophic hazards before they can cause an accident.

If the Nimrod Safety Case had been drawn up with proper skill, care and attention, the catastrophic fire risks dormant within the Nimrod MR2 fleet would have been identified and dealt with, and the loss of XV230 in September 2006 would have been avoided.

Unfortunately, the Nimrod Safety Case was a lamentable job from start to finish. It was riddled with errors. It missed the key dangers. Its production is a story of incompetence, complacency and cynicism. The best opportunity to prevent the accident to XV230 was, tragically, lost.

The Nimrod Safety Case process was fatally undermined by a general malaise: a widespread assumption by those involved that the Nimrod was ‘safe anyway’ (because it had successfully flown for 30 years) and the task of drawing up the Safety Case became essentially a paperwork and ‘tick-box’ exercise.

He writes that problems with ‘a significant proportion’ MOD Safety Cases’ were:

Organisational causes played a major part in the loss of XV230, adversely affecting the ability of the MOD IPT to do its job, the oversight to which it was subject and the culture within which it operated, during the crucial years when the Nimrod Safety Case was being prepared.

There was a shift in culture and priorities in the MOD towards ‘business’ and financial targets, at the expense of functional values such as safety and airworthiness.

Airworthiness was a casualty of the process of cuts, change, dilution and distraction…the failures were both a failure of leadership, and collective failures to keep safety and airworthiness at the top of the agenda…

Comparisons are drawn to previous ‘organisational accidents’ and in particular the loss of the Space Shuttle Columbia, which itself has close parallels with the previous loss of the Challenger. In particular:

Haddon-Cave identified the following shortcomings in the then current airworthiness system:

He made this recommendation:

Recommendation 20.1: In the light of the lessons learned from previous Chapters, I recommend that the MOD should promulgate and adhere to the following Four Key Principles, in order to help assure and ensure an effective Safety and Airworthiness regime in the future:

✓People (not just Process and Paper).

These can be best considered as set of ‘values’ to underpin the implementation of the other recommendations.  In particular they link to the desired safety culture.  These ‘values’ stem from Haddon-Cave’s assessment of a lack of leadership & commitment to safety, a conflict of interests in the current airworthiness organisation, ‘comfort in compliance with a process’ over rigorous oversight by competent professionals and a Byzantinely complex process.

In particular he notes:

The fundamental failure was a failure of Leadership. As preceding Chapters have shown, lack of Leadership manifested itself in relation to the way in which the Nimrod Safety Case was handled, in the way in which warning signs and trends were not spotted, and in relation to inexorable weakening of the Airworthiness system and pervading Safety Culture generally. For these reasons, Leadership is a key principle for the future.

We have previously discussed leadership here: The Power of Safety Leadership and in this pre-Haddon-Cave case study: ‘Beyond SMS’ by Andy Evans (our founder) & John Parker, published by the Flight Safety Foundation in May 2008.

There followed a series of recommendations on the topics of:

Many of these lessons and truths may be unwelcome, uncomfortable and painful; but they are all the more important, and valuable, for being so. It is better that the hard lessons are learned now, and not following some future catastrophic accident.

The UK Military Aviation Authority (MAA) was formed in April 2010 and the MAA Regulatory Publications (MRP) was issued in August 2011.  Five years on from the Haddon-Cave report being published we wrote this article: Regulatory Reflections & Resisting the Seduction of the Risk Management Process.  The MAA’s vision and mission for  2016 to 2021 has been published.

Since, Knighted, The Hon. Mr Justice Haddon-Cave, is now a High Court Judge serving on the Queen’s Bench Division of the High Court of England and Wales.

Haddon-Cave himself presented at a UK CAA event in 2010 and to the Piper 25 conference (marking the 25th anniversary of Piper Alpha offshore disaster in the North Sea, in which 167 workers died).  His paper was entitled “Leadership and Culture, Principles and Professionalism, Simplicity and Safety – Lessons from the Nimrod Review”:

Coincidentally 2 September is also the anniversary of:

UPDATE 7 November 2016: Airworthiness problems have occurred in the RAF Boeing  E-3D Sentry AWACS fleet: RAF fleet of Sentry aircraft grounded by electrical fault.  This was only shortly after: Northrop Grumman Awarded Extension for Support of British Sentry Fleet (described here).  The earlier contract was discussed by the NAO in 2013.

UPDATE 18 October 2017: At an IET seminar at MOD Abbey Wood on Sustaining Airworthiness in Ageing Aircraft, the continued use of MEPT blankets on Sentry (18 years after the MD-11 accident), Kapton wiring, poor EWIS maintenance standards and “the use of safety reporting [i.e DASORs] to intimidate management” were discussed.  This does cause one to question progress since 2006, although the positive action taken by a new TAA, supported by new safety advisors was clear.

For practical advice and support you can trust on air safety, risk management, safety culture and safety leadership development and regulation (civil or military) contact us at: enquiries@aerossurance.com