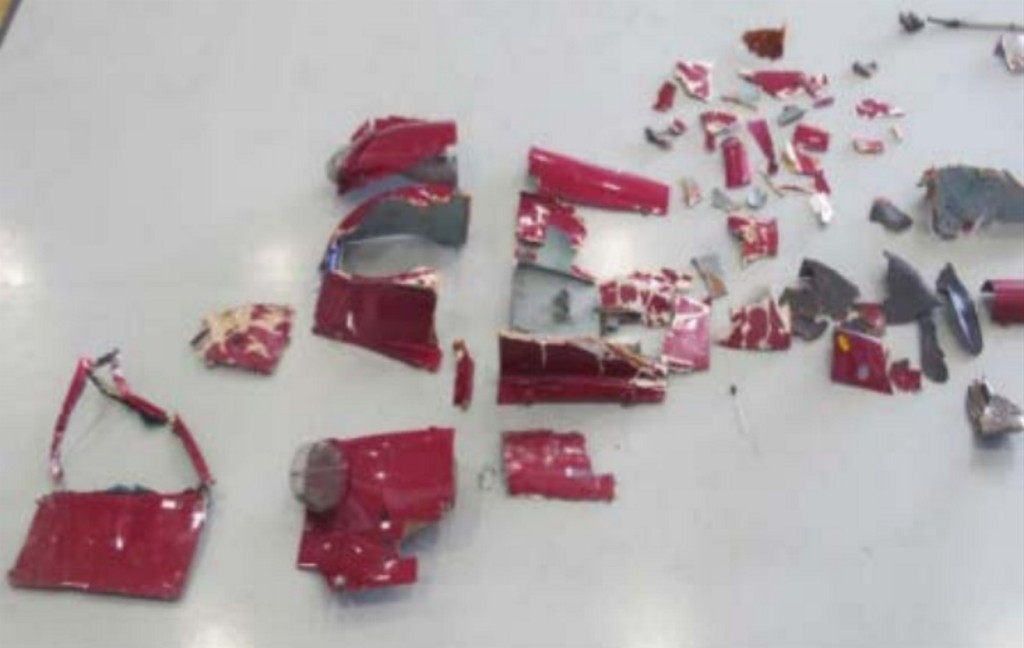 The aircraft had earlier taken off with 7 persons on board:

The Cockpit Voice Recorder (CVR) information revealed that after getting airborne, one of the passengers was not happy with the weather condition en-route to the destination. On several occasions, he was suggesting to the pilot to proceed direct to Kuala Lumpur.

However, after a short discussion, they concurred to off load one of the passengers originally destined for Bandar Tun Razak, at any open field along the way. While flying along the road en-route to Kuala Lumpur, they spotted a football field and executed an approach for a landing.

The AAIB report that while landing on the football field, the left main landing gear had sunk into the soft ground approximately 50cm. 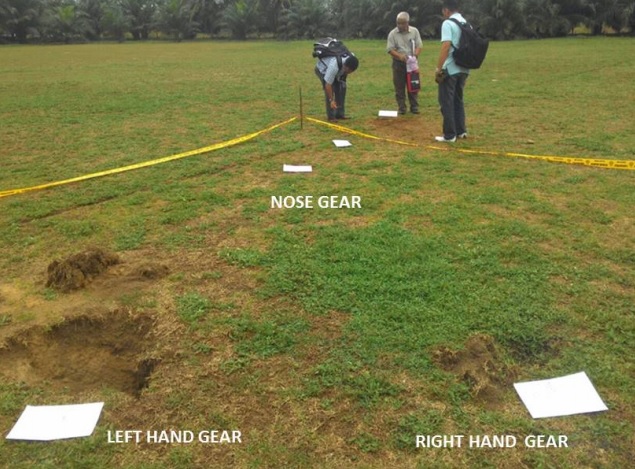 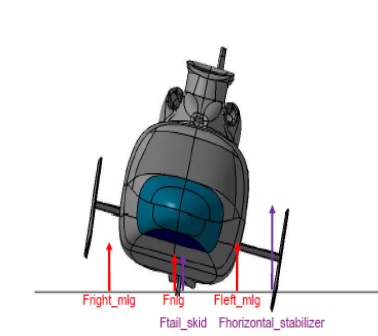 Investigators also found evidence of a leaked hydraulic fluid on the ground.  The AAIB state that:

The pilot was seen by a witness to have exited the helicopter and accompanied the disembarked passenger clear of the main rotor area. However, he did not carry out any inspection of the helicopter.

The helicopter was flown wheels down.  The CVR recorded the pilot commented to a friend on board:

“we went all the way to the belly, it’s not good”. He further said “it’s definitely not normal for the wheels go down into the ground that far”. It’s definitely not good to tip like that”. He said “as a matter of fact, I saw hydraulic fluid leaking and that’s why I don’t want to put them up”.

The most likely reason to press on for the flight was to accommodate the passenger request to arrive at the destination [Kuala Lumpur] without delay and to enable him to attend the formal dinner as planned.

…the helicopter was flying under auto pilot at 148 kts, the pitch of the helicopter unexpectedly and significantly decreased. The helicopter rapidly went beyond the flight envelop limits without any pilot input.

Inspection on the reconstruction of the wreckage revealed that the main rotor blades had struck the cowling, tail boom, fenestron and the left cabin door while the helicopter was still in the air. 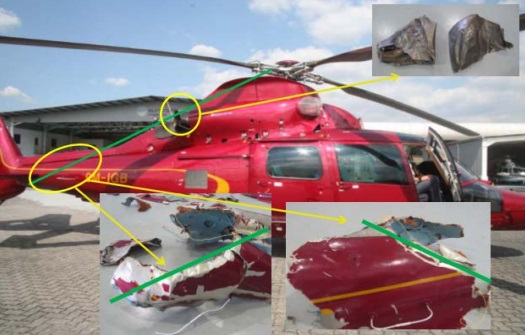 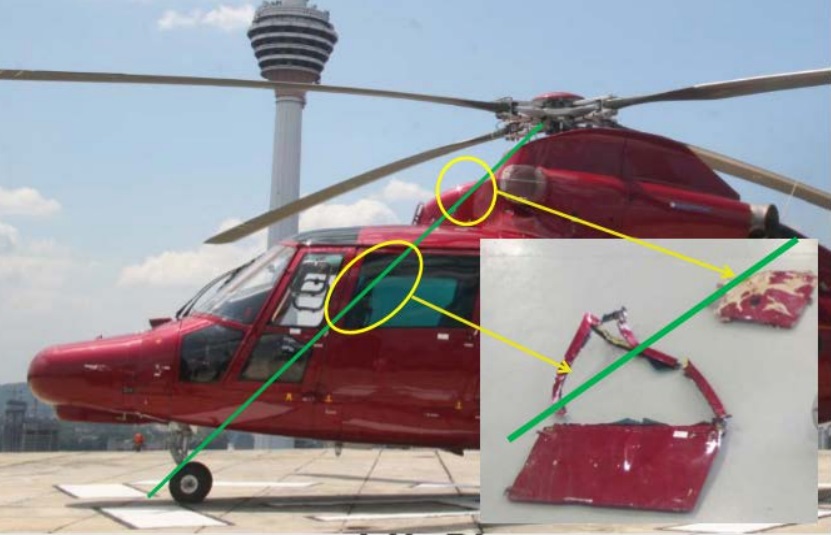 This action is considered consequential and there was no indication that the helicopter had struck terrain or any trees in flight prior to the impact. The helicopter decended [sic] almost vertically to the main wreckage area. 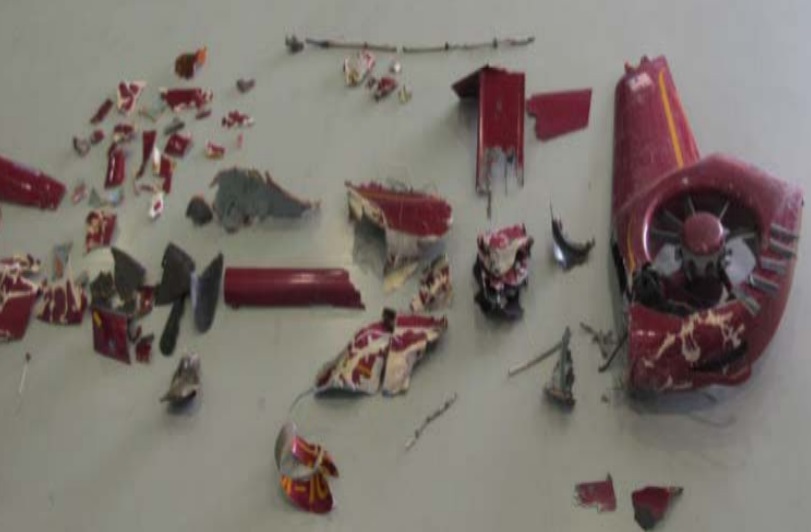 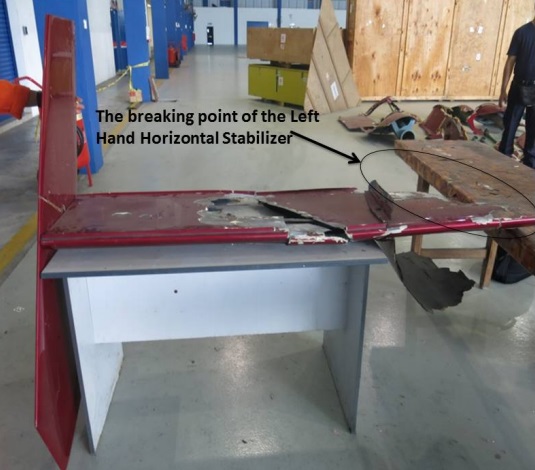 The main rotor blades subsequently severed the tail boom and severed parts of the air frame resulting in the accident.

The following factors contributed to the accident:
a) Unplanned landing at an open field causing the left main landing gear to sink into loose soil. The vertical fin attached to the LH horizontal stabiliser contacted the soil and subsequently fracture the inboard root of the LH horizontal stabiliser.
b) Failure of the pilot to conduct detailed damage assessment of the left main landing gear knowing presence of excessive oil leak and damages to other parts of the helicopter.
c) A descending high cruising speed compounded with landing gears down would aerodynamically put excessive loads on the fractured left horizontal stabiliser.
d) Passenger intervention to pilot to return home on several occasions could create peer pressure on the pilot to rush for flying home.

Pressure (real or self-induced) has featured in other past executive helicopter accidents:

BCA discuss some ways to say no.

We have also discussed the heightened risk of last minute changes in plan:

Aerossurance has extensive helicopter safety, airworthiness and accident analysis experience.  For aviation advice you can trust, contact us at: enquiries@aerossurance.com