In 2016 Aerossurance’s digest of aviation and safety articles attracted twice as many readers as in 2015.  As we prepare to start a new year we look back on the 10 most read articles in 2016 from the choice of over 400 on our website.

During a patient transfer in Australia, an Emergency Medical Service Airbus Helicopters BK 117 dropped 4,000 ft after a loss of control in the cruise.

No injuries were reported and the helicopter sustained minor damage the horizontal stabiliser end plates.  These were struck by the main rotor blades, which themselves were undamaged.  The Australian Transport Safety Bureau (ATSB) investigation report highlights the phenomena of retreating blade stall:

The selected cruise speed of 115 kt was close to the calculated never exceed speed (VNE) for the conditions of 120 kt. In combination, the high all-up weight and speed required greater collective pitch, or main rotor blade angle. This placed the blades closer to their stalling angle of attack.

The Icelandic Transportation Safety Board (ITSB), the RNSA, issued their report into a wheels up runway excursion accident that occurred on 21 July 2013 to Sukhoi RRJ-95B ‘Superjet 100’ 97005 during flight tests by Sukhoi at Keflavik airport. 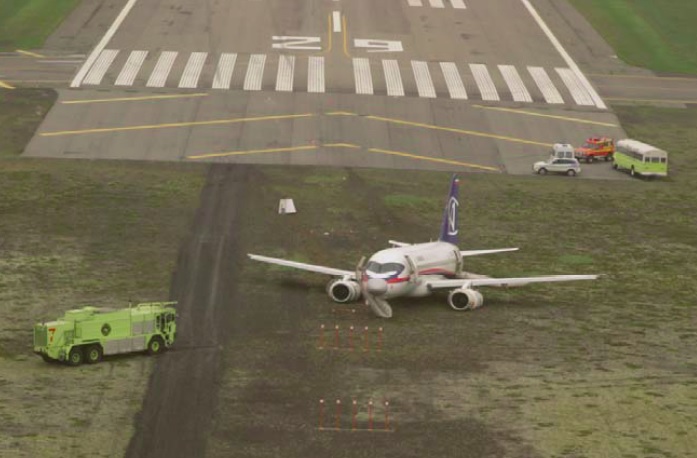 Number 8: Fatal Wire Strike on Take Off from Communications Site

The Transportation Safety Board of Canada (TSB) released their report on Airbus Helicopters AS350BA C-GBPS, operated by Canadian Helicopters (CHL), that departed a microwave communication site and fatally struck one of the microwave tower guy wires. 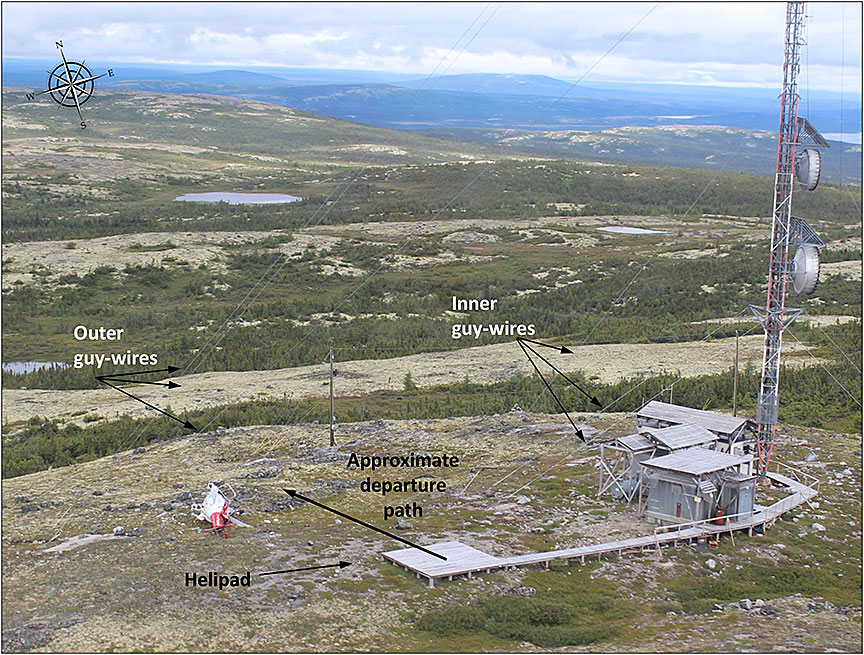 The lack of effective risk assessment and landing site data jumps out in their report as does a casual approach to some pre-flight preparation. There are key survivability lessons too. 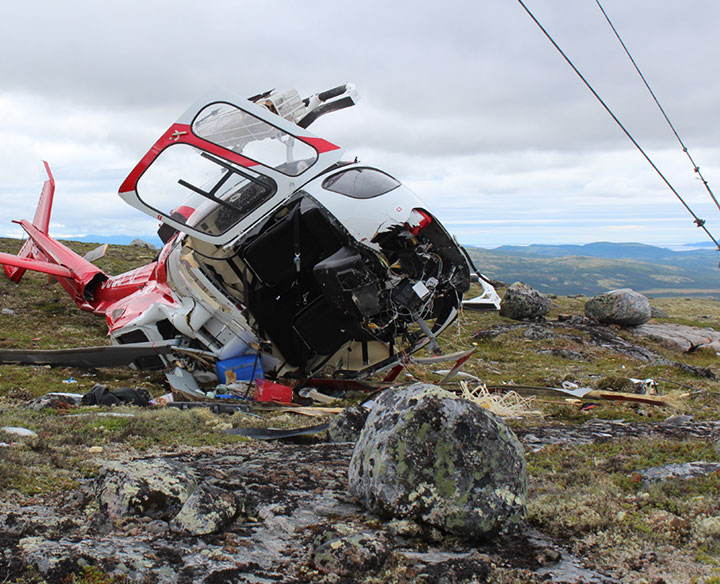 This article discussed Commission Regulation (EU)  2015/1536 .  One of the most important parts of the change relates to Critical Maintenance Tasks (CMTs), which are defined as: 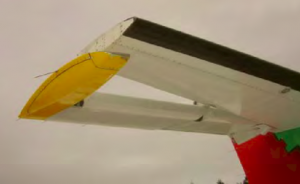 The aircraft was on the third run during that test flight to the maximum dive speed of 293 KIAS (on previous flights the highest test point was 285 KIAS). Investigators say a prototype tilt rotor broke up in flight after a divergent dutch roll developed.  bpth test pilots aboard lost their lives. 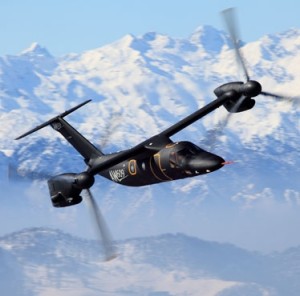 The Transportation Safety Board of Canada (TSB) issued their report into a fatal night-time Controlled Flight Into Terrain (CFIT) accident that destroyed Sikorsky S-76A helicopter C-GIMY, operated Ornge.  All 4 onboard died. The accident occurred during a Helicopter Emergency Medical Service (HEMS) departure in ‘black-hole’ conditions.  These conditions “typically occur over water or over dark, featureless terrain where the only visual stimuli are lights located on and/or near the airport or landing zone”.

The TSB said the operator had insufficient resources to effectively manage safety. The regulator, Transport Canada, had concerns but…

…the approach to returning the operator to a state of compliance was not well matched to the capabilities of the operator.

On 15 June 2016 the Australian Transport Safety Bureau (ATSB) issued an Interim Report on a serious incident with a Virgin Australia Regional Airlines (VARA, formerly Perth, WA based SkyWest) ATR 72, registered VH-FVR.  While operating a scheduled passenger flight from Canberra to Sydney the aircraft sustained a pitch disconnect on final descent. 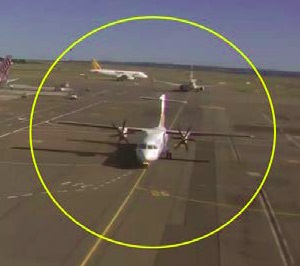 ATR72 VH-FVR taxiing inbound at Sydney on 20 Feb 2014 following the in-flight pitch disconnect (still image from CCTV). Note angle of the horizontal stabiliser relative to the wings. (Credit: via ATSB) 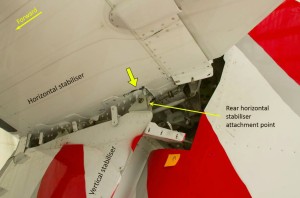 Horizontal-to-vertical stabiliser attachment with the aerodynamic fairings removed. View looking upwards at the underside of the horizontal stabiliser. The thick yellow arrow indicates cracking in the composite structure around the rear attachment point (Credit: ATSB)

The damage was also missed for 13 subsequent flights.  The ATSB have slipped the estimated date for the final report to March 2017. 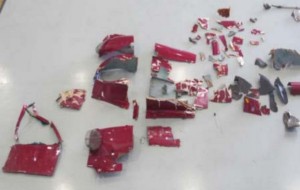 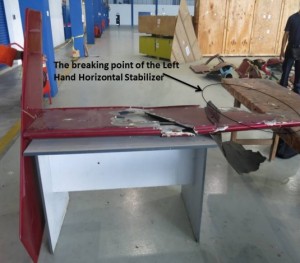 The stabiliser had been damaged when the aircraft had sunk into soft ground during its previous landing.  That was an impromptu stop to disembark one passenger due to apparent pressure from the client onboard. 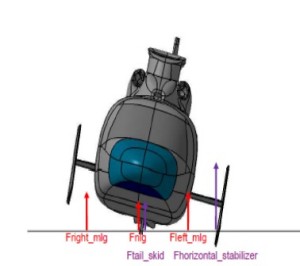 This second Malaysian helicopter accident made Number 2, down from Number 1 in 2015.

Dramatic and unique passenger-shot video footage of a helicopter ditching next to a seismic ship and the subsequent rescue off Malaysia.  The Sikorsky S-76C 9M-STE (MSN 760398) of MHS Aviation, chartered by Malaysian oil and gas company Petronas, was on approach to a 3D seismic ship in the South China Sea on 12 December 2013. 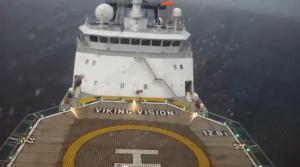 Not only does our article it feature a dramatic video but ditching survivability is a highly topical safety issue of public interest. 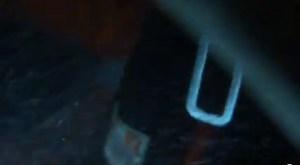 Fortuitously everyone on-board survived and the survey ship Viking Vision sent a boat back to pick them up. 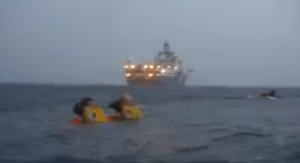 An estimate of when the official accident investigation report is due has slipped (again) to January 2017.

Following the tragic accident at Turøy near Bergen, Norway on 29 April 2016 involving EC225/H225 LN-OJF there was a lot of interest in the Main Rotor (MR) and Main Gear Box (MGB) design of the EC225, and subsequently the AS332L2. 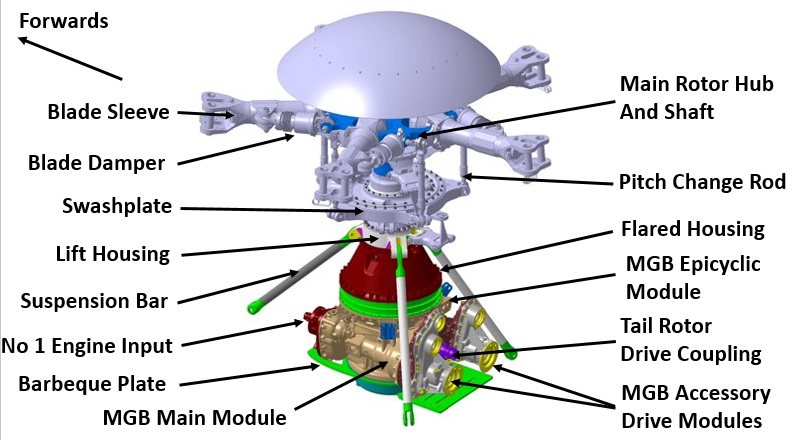 While making a return flight to Bergen-Flesland Airport, Norway from the Statoil Gullfaks B offshore installation, the CHC helicopter broke up in flight.  The 13 people on board died in the accident.  This popular article provide some background information on the design. 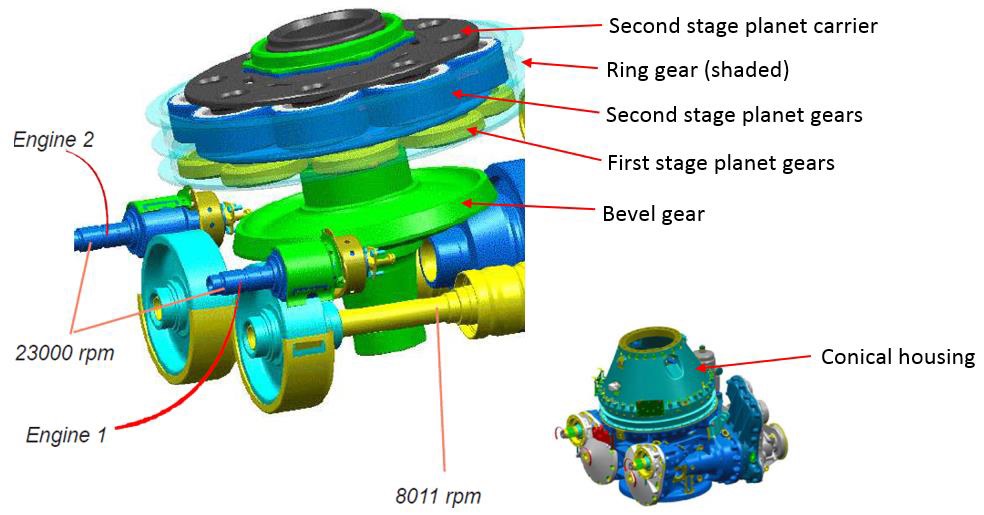 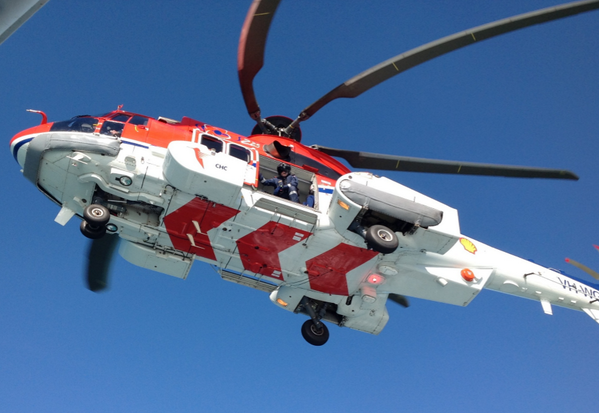 We thank all our readers for their support in 2016 and hope we can continue to prove a valuable source of information and insight in 2017!