‘Procedural drift’ in the operating detachment was noted by the Service Inquiry into a British military helicopter accident in Afghanistan that killed 5 service personnel.  This drift is said to have allowed standards to dilute during sustained operations in theatre. This was the first fatal loss of a British helicopter in 13 years of operations in Afghanistan (although a third party fatality had been caused by a Chinook in 2010).   It is also the first Lynx AH9A accident since the first flight of the re-engined variant in 2009 (we provide background on the AH9A below).

The accident occurred during a two-ship vehicle interdiction training mission in the ‘Bowling Alley’ valley on the ‘Texas Helo Range’ range 20 km south of Kandahar Airfield, at a density altitude of 5400ft.  The helicopter made a rapid descent, assessed at between 2000ft/min and 2500ft/min,  from 400ft above ground level on its final pass.  It impacted the ground ‘wings-level’, ~5º nose up, with minimal yaw and “significant forward speed”, leaving a 75m debris trail.  The main fuel tanks were compromised and a post-crash fire ensued.

The SI notes that during the flight (including the last two passes), the military passengers, who were gaining experience of the AH9As operational role, were allowed to fire a General Purpose Machine Gun (GPMG) door gun.  The SI Panel comment that this had not been discussed in sufficient depth at the pre-flight briefing and that this part of the sortie appeared more ‘ad hoc’.  They also comment on that due to a shortage of Suitable Qualified and Experienced Personnel (SQEP) the commanders authorised each others flights rather than an independent flight supervisor conducting the authorisation.

The SI postulates, based on some limited Cockpit Voice Recorder (CVR) data, that a rapid descent may have been deliberate to “provide a thrill for the passengers”, though it is important to note they do also comment positively on the general airmanship and professionalism of the flying.   They also note a possible self induced time pressure. The report notes that the entry point on the final pass was different, giving the crew different visual clues.   The SI Panel comments that the crew may also have been distracted trying to establish visual contact with the second Lynx.  Additionally they note that the radar altimeter (RADALT) was not being used effectively as the ‘bugged’ setting was too low to initiate a recovery in a descent (and was being routinely set lower that required by the standard operating procedures without challenge).

The report highlights the pilot got limited sleep (less than 6 hours) the night before and was possibly fatigued.

The SI Panel highlighted that issues identified by a standards inspection 10 months earlier (such as under-manning, individual ‘overstretch’ from repeated tours and the quality of training supervision and delivery) were still evident.

They also identified lower than expected occurrence reporting from the detachment compared to the rest of the Lynx AH9A fleet and other helicopters detached to Kandahar.  A previous Service Inquiry on a loss of control incident involving a Royal Air Force Airbus A330 Voyager made a similar comment about the lack of reporting of lost articles in the RAF transport fleet.

In relation to the underlying environment of ‘procedural drift’ the SI Panel comment this occurs gradually over time.  Such drift occurs when group norms and practices start to deviate from formal procedures. In some cases this may be because procedures no longer match operational circumstances, however practicality can be a factor too.

One major study of an accident that featured drift was by Scott Snook, then of the US Army.  His book, Friendly Fire, examined the accident shoot down of two US Army Black Hawk helicopters on a peacekeeping mission in Iraq in 1994 by the US Air Force, and what he called ‘practical drift’.  In that case Snook highlights that drift can occur if procedures are initially overly complex. These are then relaxed to be practical but then gradually over-relaxed until an accident.  Snook warns however that sometimes a vicious circle starts after an accident when new complex rules are introduced, setting up the conditions for further eventual drift.  Drift can also creates inconsistencies in understanding (i.e. misinformation) across interfacing organisations.

There is a view, as for example expressed by Sidney Dekker, that in practice procedures must be interpreted by front-line personnel and that non-compliances should be viewed in context of the circumstances the crew find themselves.  In The Field Guide to Understanding Human Error Dekker lists several potential reasons for procedural drift:

UPDATE 13 September 2015: We examine another case of procedural drift after the US National Transportation Safety Board (NTSB) hold a Board Meeting on this accident: Gulfstream G-IV Take Off Accident & Human Factors

The convening officer of UK military aircraft SIs is now Air Marshal Dick Garwood as Director General of the Defence Safety Authority (DSA).  The DSA, of which the MAA is now a part, was formed on 1 April 2015. Among his comments are the following:

Of note, the accident occurred during a period of reduced operational tempo as the campaign approached its culmination, and there was no undue operational pressure on the Lynx Detachment at the time…

The difficult question as to why a competent and experienced crew, on an excellent weather day (with the sun behind and only a light headwind), would inadvertently fly their serviceable aircraft into the ground is compounded by the fact that they did not recognise their impending situation until just before the aircraft impacted the ground.

Whilst no single factor led to this accident there were disappointing aspects, including planning, briefing, authorisation, supervision, currencies, training, and adherence to checks and procedures.

There is much to learn form this tragic accident…

The SI panel made a 33 recommendations including on:

UPDATE 20 August 2015: The Coroner’s Inquest is due in November 2015.  At a preparatory hearing the families had their request to hear the CVR refused by the MOD, who cited the need to retain such recordings for the exclusive use of accident investigators.

The Lynx AH9A (or AH Mk9A) utility helicopter was upgraded specifically for Afghanistan as part of an Urgent Operational Requirement (UOR). 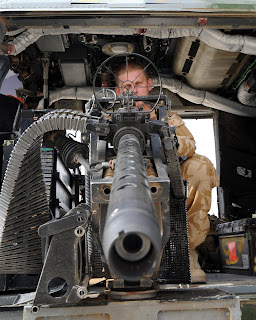 Twenty two AH9 helicopters were fitted with LHTEC CTS800-4N turboshaft engines (40% more powerful than the previous Rolls-Royce Gem 42), updated displays, door mounted guns (including a 0.5″ M3M to supplement the GPMG) and improved surveillance equipment. The type will be replaced by the AgustaWestland AW159 Wildcat AH1.

Aerossurance has extensive civil and military air safety, operations, regulation and safety analysis experience.  For aviation advice you can trust, contact us at: enquiries@aerossurance.com