Human Factors (HF) Lessons from an AS365N3+ Gear Up Landing

A French Navy Airbus Helicopters AS365N3+ Dauphin helicopter F-XGAL / 6928 suffered a wheels up landing in the South Pacific on 30 May 2017. 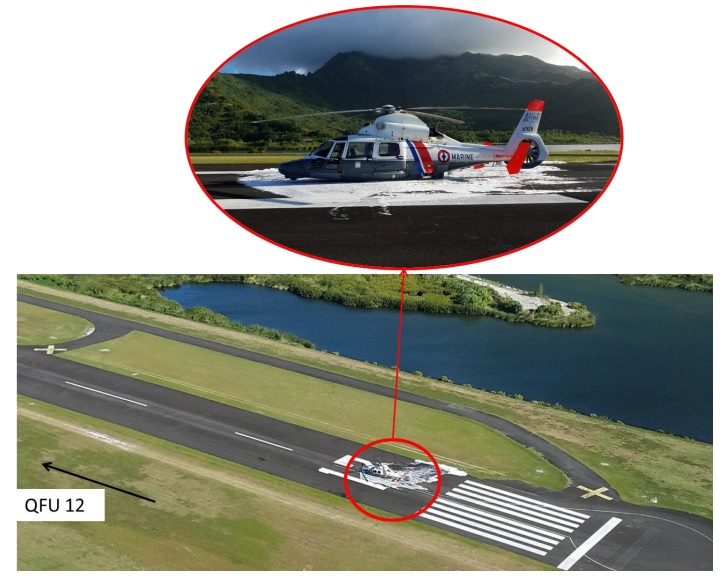 The aircraft departed from Tahiti Faa’a airport for the near-by island of Moorea in French Polynesia according to the BEA-Etat safety investigation report (available in French only).  The purpose of the flight was to gain experience of the One Engine Inoperative (OEI) Training Mode that is unique in the French Navy AS365 fleet to the N3+s in the South Pacific.

The investigators highlight the highly experience crew and opine that resulted in over-confidence and a:

“laissez-faire” [approach] leading to a loss of synergy within the crew.

The crew were discussing the training during the downwind leg when the Pilot Non Flying should have lowered the gear and both were briefly distracted by a light aircraft also entering the circuit.  They then focused on flight parameters during the approach when the checklist called for a check of the landing gear lights (i.e ‘3 Greens’).  The investigators comment that while the checklist allocates responsibilities, it was ambiguous during a training flight, something the crew did not anticipate.

Below 55 knots with the landing gear retracted the orange LGEAR caution light flashes at 1.6Hz.  Unlike earlier AS365 versions where caption is written on the orange indicator in black, in the NVIS compatible N3+ cockpit only the text LGEAR is lit in orange, against a black background. 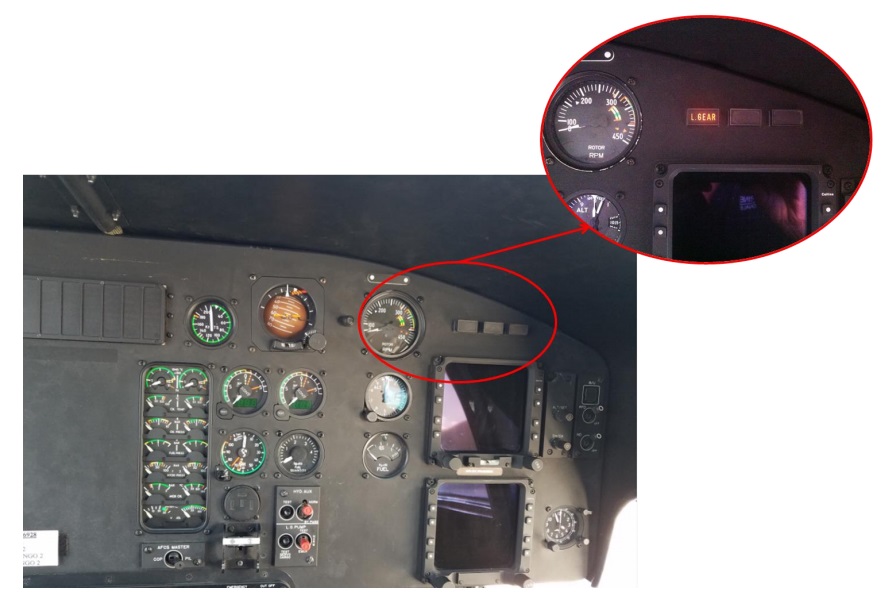 The investigators established that the bright sunlight during the approach did not result in obscuring the LGEAR light but with tinted visors the light would have been difficult to discern.  There is also only one light, to the extreme right of the instrument panel and no aural warning, making cross checking from the left hand seat even more difficult.  The rearcrewman is seated facing aft behind the right hand pilot’s seat, offset towards the centreline and so would also not be able to spot the light.

Additionally, as the airport is a civilian airport, they do not follow the military practice of visually checking the landing gear is down on the approach.

The investigators discuss the busy crew workload in the two months running up to the accident (with multiple audits and inspections, flooding of their hangar and domestic accommodation and a temporary relocation of base).  They contrast this with the days immediately before being particularly ‘calm’.  They comment that:

Hypovigilance following a strong peak in activity in the previous two months contributed to at the event.

The BEA-E has investigated 6 other cases of wheels up landings (2 helicopters and 4 aeroplanes) since 2003, noting some similarities.