On 16 December 2017 Sikorsky S-76A++ N911FK of Trauma Star was damaged by fire near Islamorada in the Florida Keys, shortly after completing a helicopter air ambulance flight to pick up a stabbing victim. 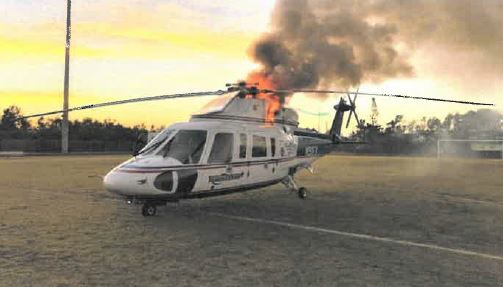 …the flight departed Florida Keys Marathon International Airport (MTH), Marathon, Florida, about 0637 for an air medical trauma patient pickup; the pilot landed at a pre-surveyed landing zone [on a sports field at the Coral Shores High School] at about 0650…

…positioned the engine controls to idle and the main rotor speed (Nr) was less than 60% before he applied the rotor brake to stop the rotors. After the rotors stopped, the paramedic and flight nurse exited the helicopter to attend to the patient. 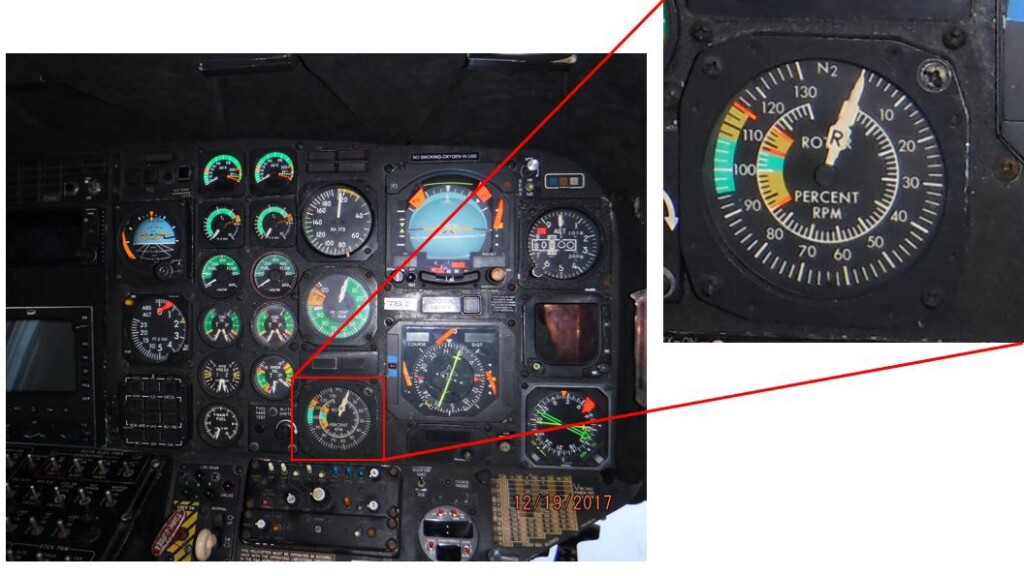 The pilot indicated that after the medical crew departed the helicopter, he noticed that the No. 1 engine temperature was fluctuating with an increase in the inlet turbine temperature, so he shut down the No. 1 engine. The operator reported that, about the same time, the flight nurse noticed dark smoke coming out of the main rotor gearbox cowling area of the helicopter. The flight nurse reported that the smoke was accompanied by sparks, which shortly after turned into flames; she and the paramedic ran toward the helicopter and signalled the pilot about the fire. 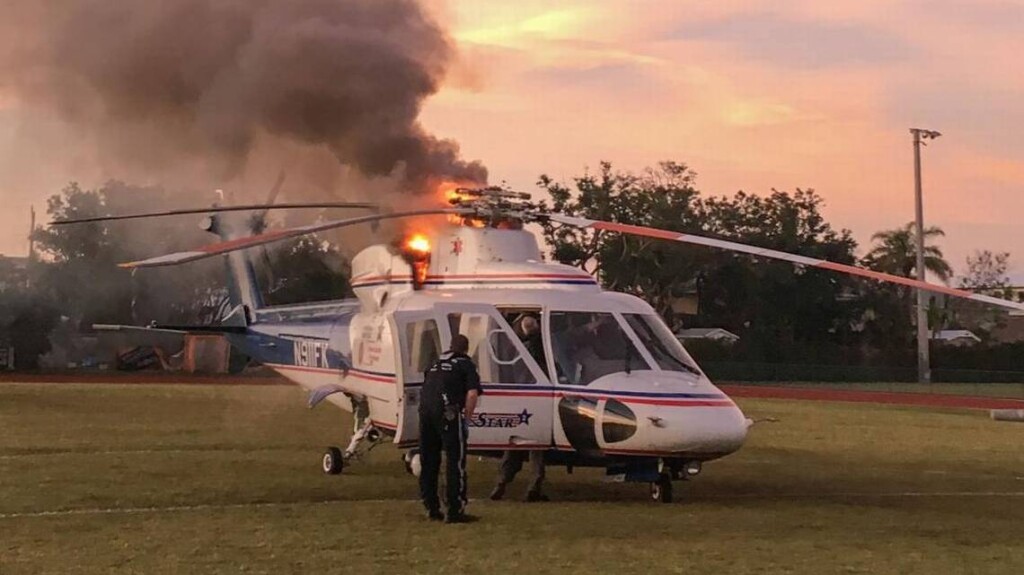 The pilot reported that he noticed the flight nurse waving her arms and warning of a fire but did not observe any cockpit indications of a fire; however, he shut down the No. 2 engine and observed flames when he partially exited the helicopter. He discharged both engine fire bottles and then exited the helicopter. He stated that the fire continued to burn until fire department personnel extinguished it.

The thermal damage observed in the main rotor gearbox compartment appeared centered around the rotor brake. 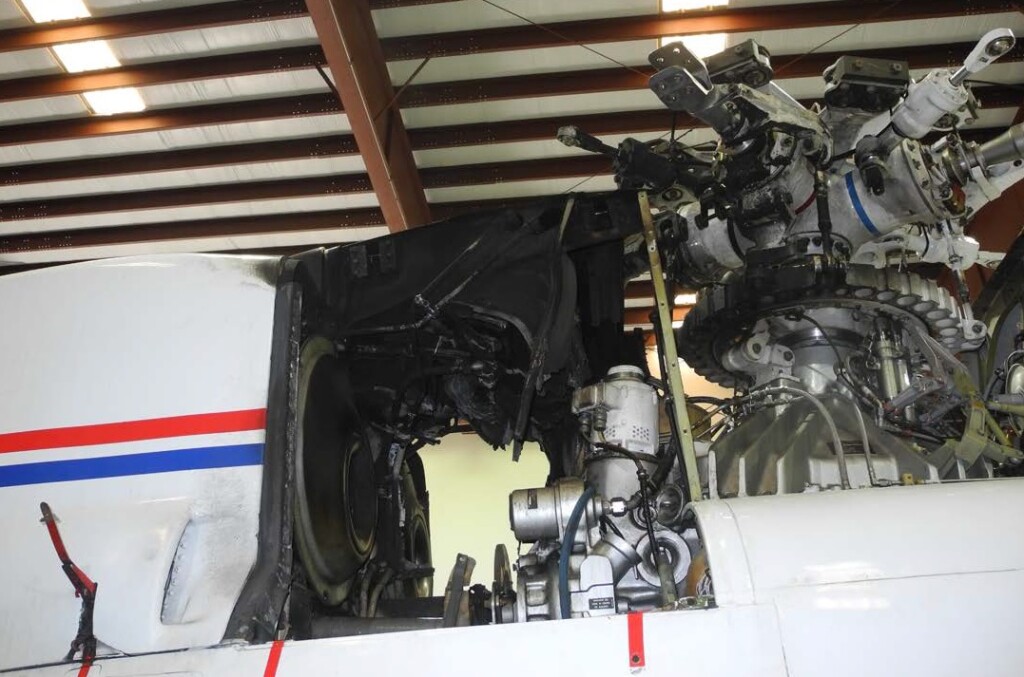 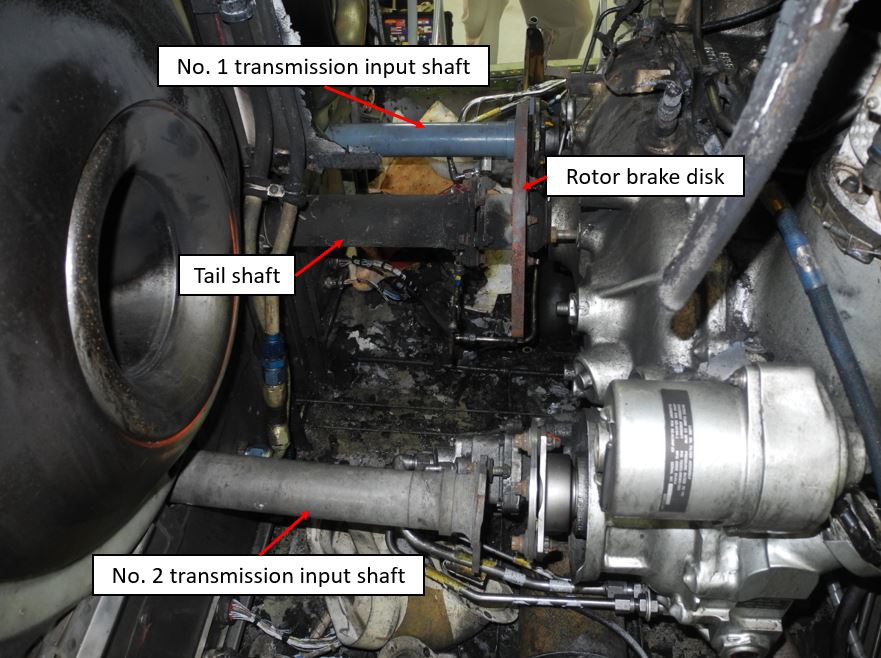 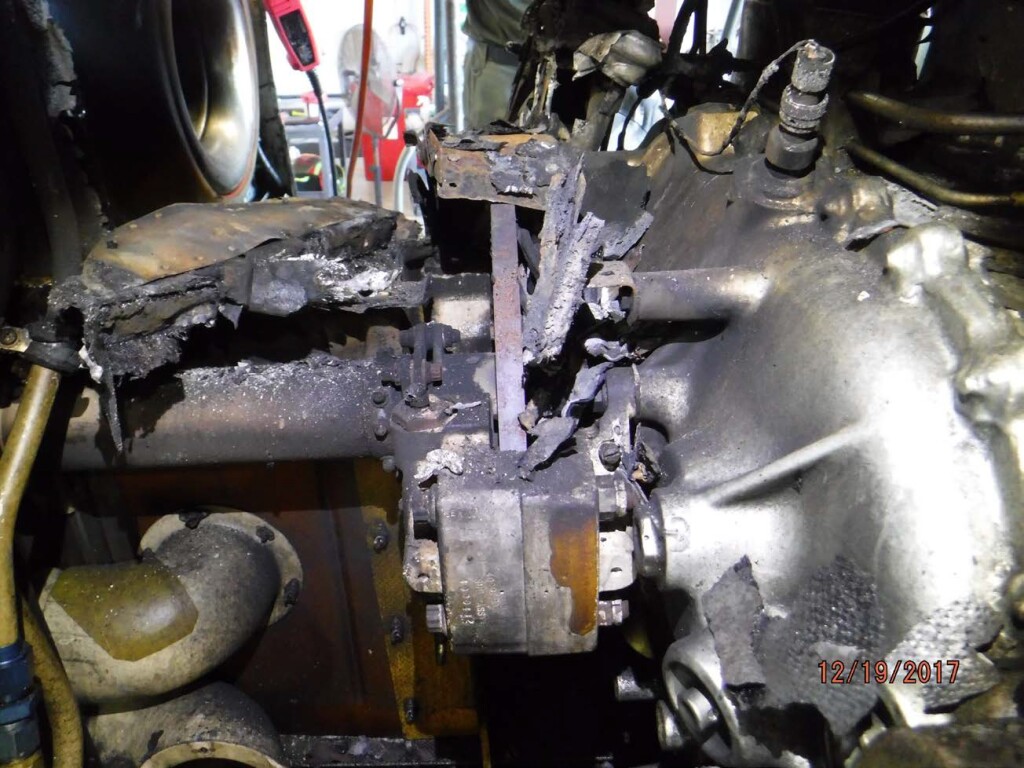 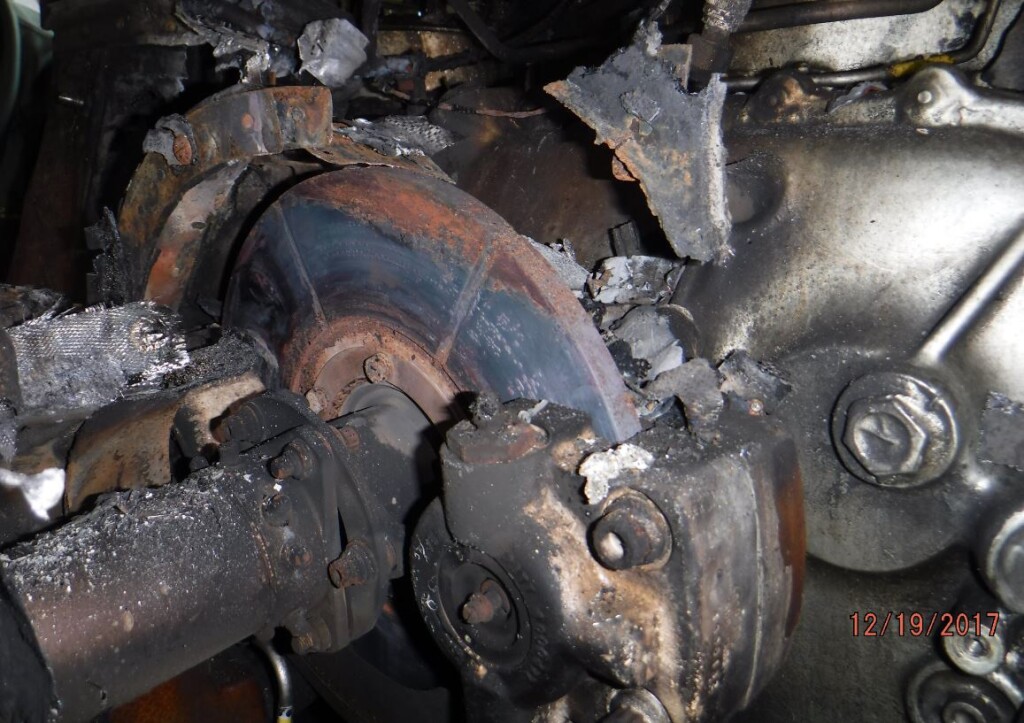 Raised material found on the rotor brake disk surface was consistent with fused material from the rotor brake pads. Both forward and aft brake pucks extended when hydraulic pressure was applied to the brake calipers. The forward pucks of the left and right brake calipers did not automatically retract when hydraulic pressure was removed, but they were manually retracted without difficulty.

Close up View of Rotor Brake Disk and Calipers After Removal. Note the Raised Material Fused to the Surface of the Disk. Trauma Star S-76A++ Air Ambulance N911FK (Credit: NTSB)

The rotorcraft flight manual supplement (RFMS) for the accident helicopter mentioned the possibility of a rotor brake fire if pressure has been applied to the rotor brake system that resulted in a rotor brake puck dragging against a brake disk. However, with hydraulic pressure removed, it is unlikely the forward pucks of the left and right brake calipers would have asserted enough force on the rotor brake disk to increase friction between the puck and brake disk to cause these components to heat up enough to result in a fire.

The investigation examined the engines: