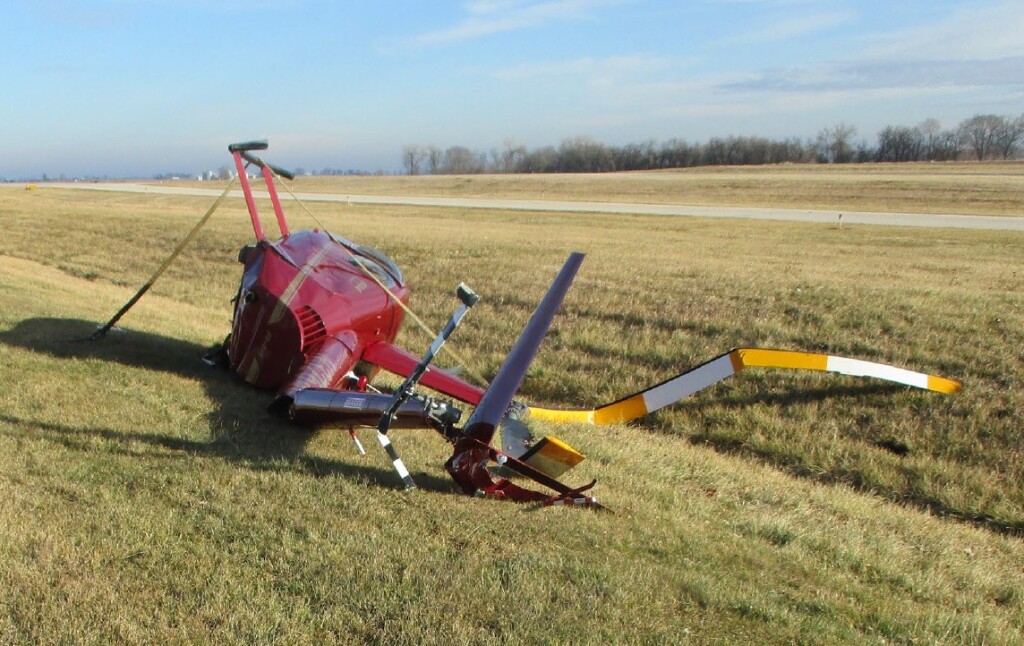 In their safety investigation report the US National Transportation Safety Board (NTSB) explain that the pilot has 1650 hours of flying experience, 280 on type.

There were three weather observations recorded from around the accident time and the wind was from 240° to 250° at 6 to 7 knots, with no reported gusts.

The pilot was practicing “pickups and set downs in the same spot on the ramp and the wind was from the west as he completed these maneuvers.  During the final maneuver, the wind shifted, and he lost control of the helicopter”.

An airport surveillance video showed that during accident sequence, the helicopter was facing east when it briefly touched down and wobbled, then lifted up as the tail boom swung around in a clockwise direction. The tail rotor impacted the ramp then climbed and continued to rotate. 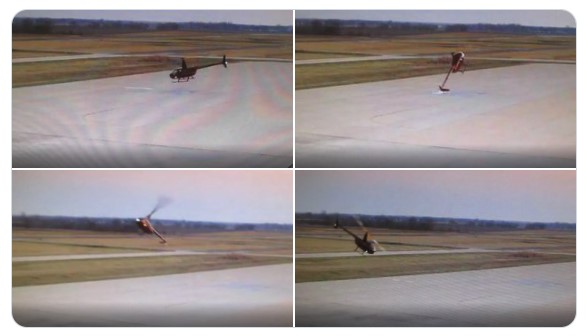 The helicopter completed about 1.5 rotations as it descended and impacted the ground and rolled onto its right side. 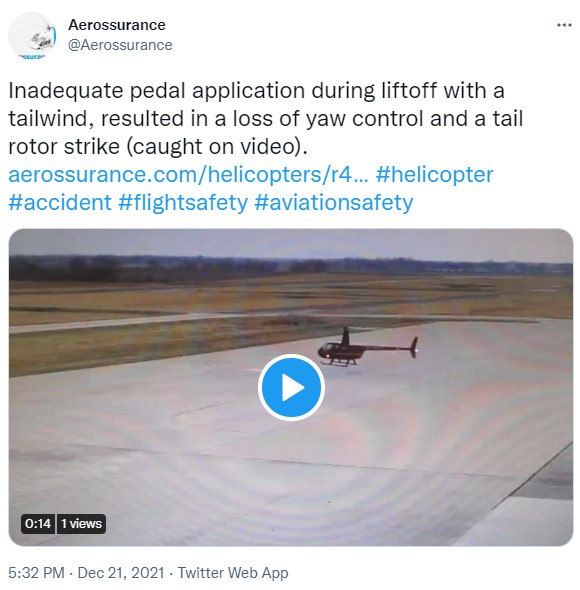 The tail rotor struck the ground early in the sequence. 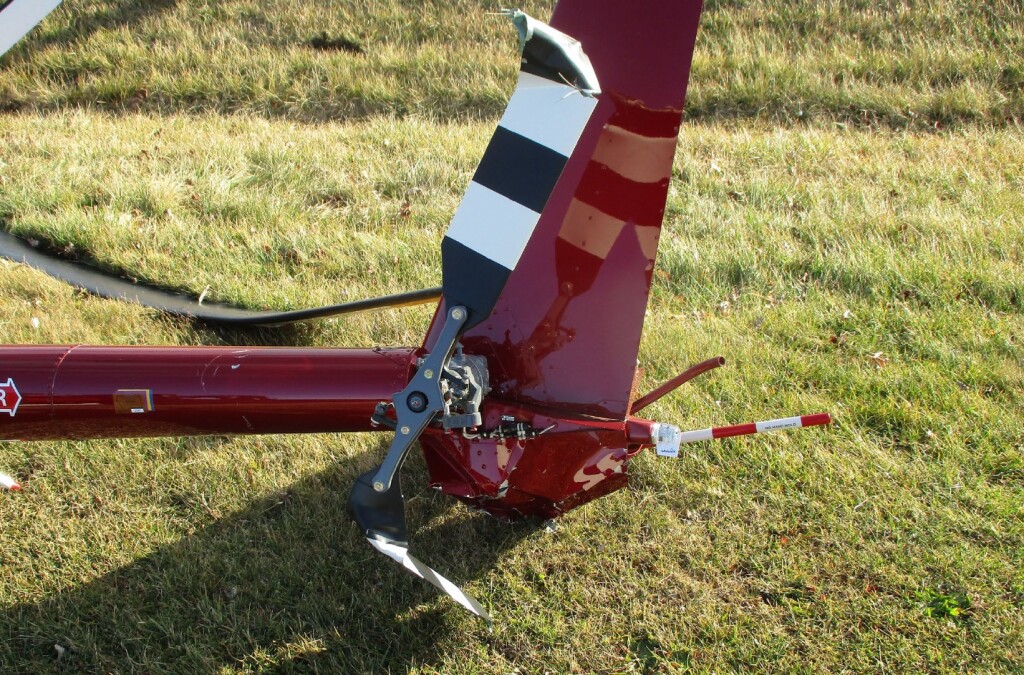 NTSB note that Robinson issued a safety notice on unanticipated yaw in May 2013: 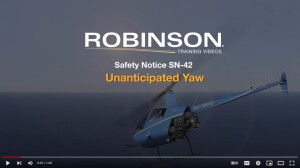 The pilot’s inadequate pedal application during liftoff with a tailwind, which resulted in a loss of yaw control and a subsequent impact with terrain.

Watch the video and make your own decision. 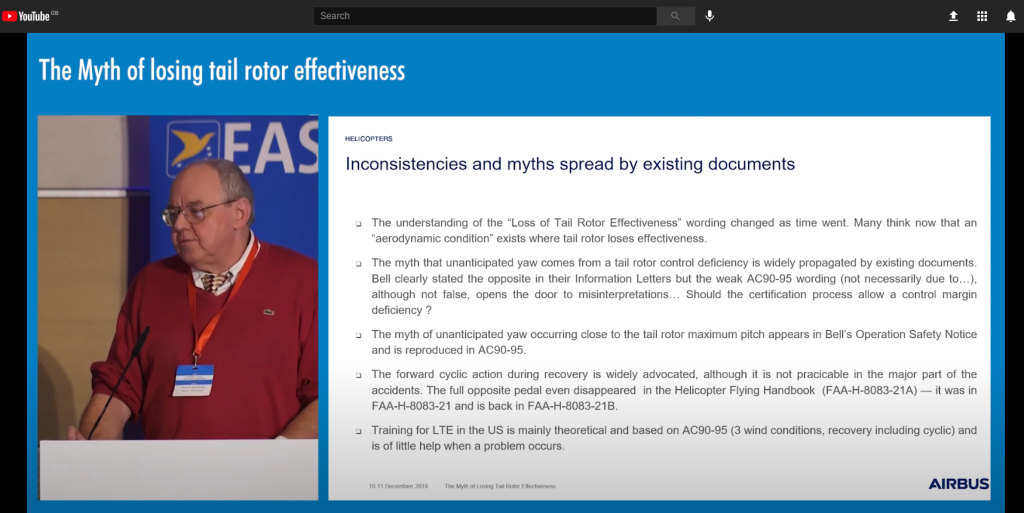