Fatal Fall From B429 During Helicopter Hoist Training

The DSP were the first para-public B429 customer, taking delivery of two in 2014.

In their recently issued report, the US National Transportation Safety Board (NTSB) say there were three crew members in the cabin who:

…needed to complete 3 evolutions in each position [rescue specialist, a system operator, and a safety officer] to complete the recurrent training. All three individuals had most recently completed hoist operation training on June 15, 2016.

This was Class D Human External Cargo (HEC) training by Priority 1 Air Rescue.  On the day of the accident:

After three evolutions, the pilot would land the helicopter; the crew would rotate positions and restart the process. According to a rescue checklist, the security of each member’s safety harness was checked before each takeoff. 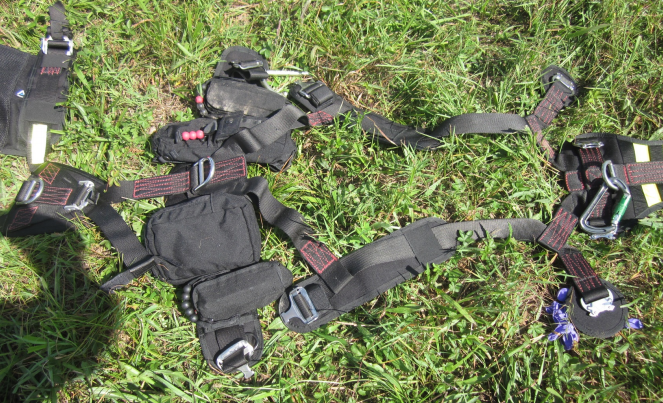 It incorporated 4 tether points; 2 on the front of the harness and 2 on the back. 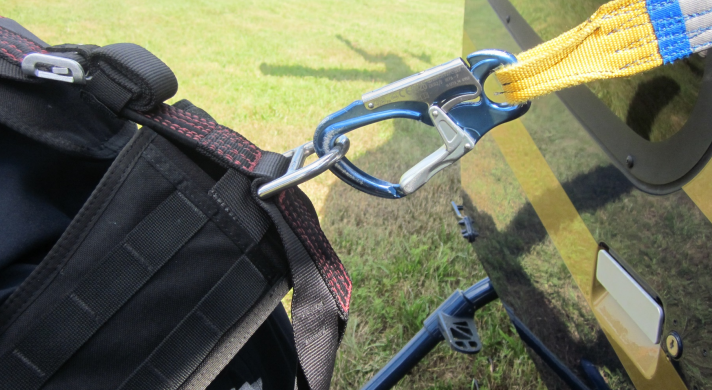 Each tether point incorporated a D-ring that could attach to a carabiner connected to the interior of the helicopter. 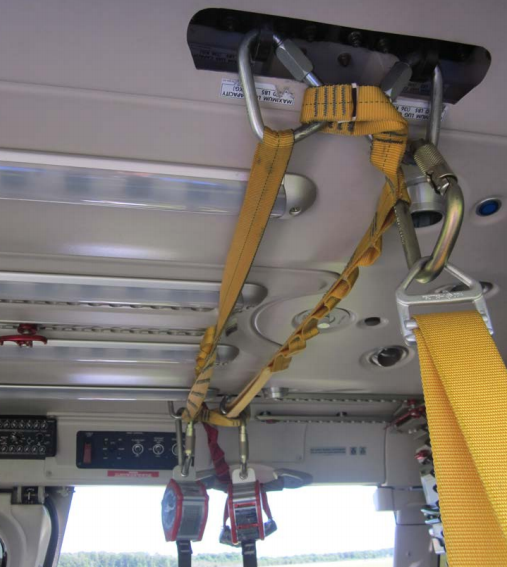 The accident flight was the seventh evolution of the day, and the first flight where the fatally-injured crewmember acted as the system operator.

DSP procedures required two other people check the security of the restraints.

The safety officer and rescue specialist reported they checked and verified that the restraints were secure.

The pilot stated that throughout the accident sequence, the crew was not rushing while they completed the checklists.

The emergency response team’s failure to ensure that the system operator was secured to the helicopter, which resulted in his fall during the recurrent rescue hoist training operation.

Even with recently trained personnel and two independent checks of the harness, the winch operator was unsecured when he stepped on to the skid.

UPDATE 4 December 2018:  The firefighter’s family launch a successful court action to access an underacted version of the DSP internal report.

Of course winchmen / rescuers do disconnect from the hoist during rescues and don’t have the luxury of an independent and competent verification that they have reconnected correctly.  A fatal accident occurred to a rescuer from Airbus Helicopters BK117C2 N392TC operated by STAR Flight, a US HEMS operator of Travis County, Texas on 27 April 2015.  This fall occurred during a night-time rescue in rough terrain. The NTSB explain that: 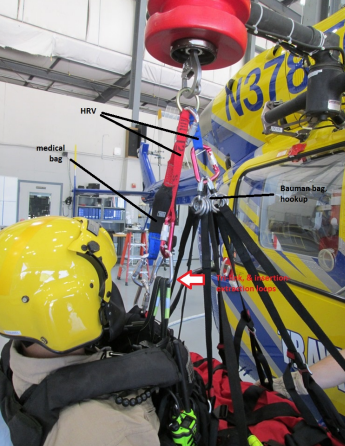 In the absence of any equipment failure, it is likely that the rescuer was not properly fastened to the hoist.

The Australian Transport Safety Bureau (ATSB) recently reported on a winching event involving HNZ Australia Sikorsky S-92A, VH-IPE, near Broome, Western Australia, on 26 August 2017, which also featured rear-crew from an organisation other than the operator.  During a SAR winching exercise to a vessel, the fracture of a Priority 1 Air Rescue hi-line weak-link resulted in a near contact of an unweighted winch hook with the helicopter main rotor. 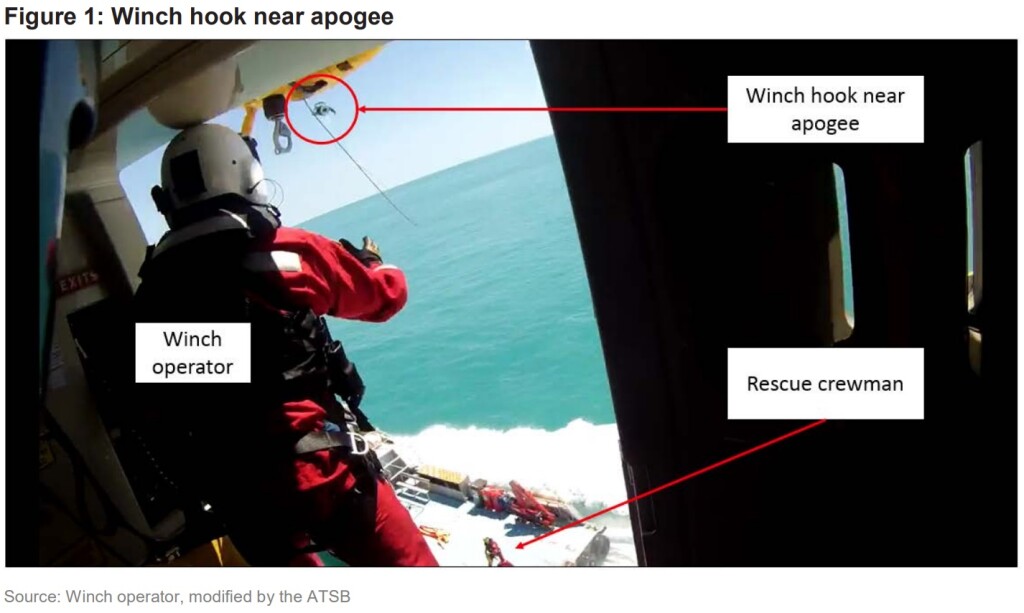 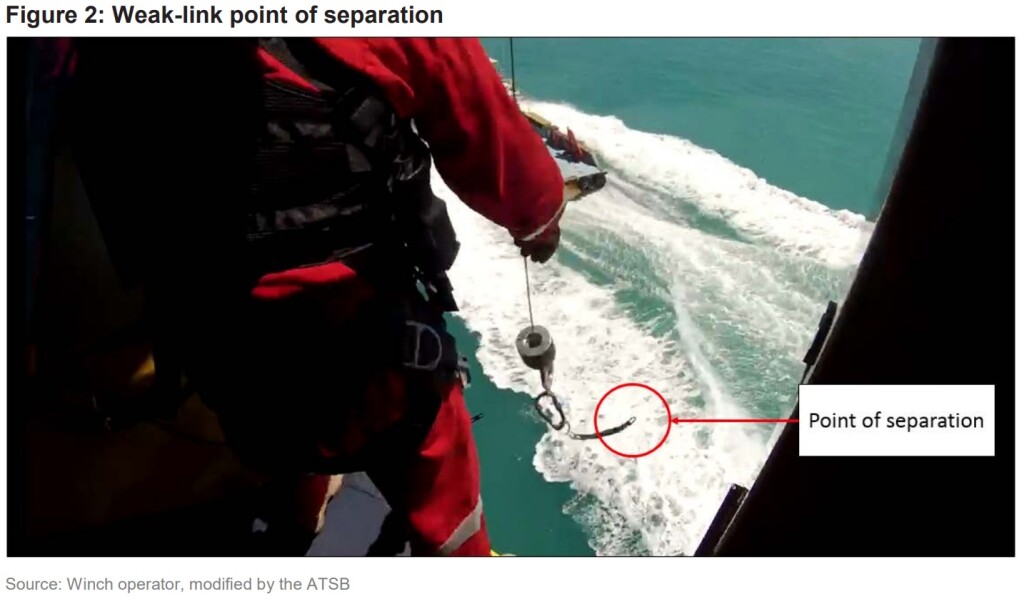 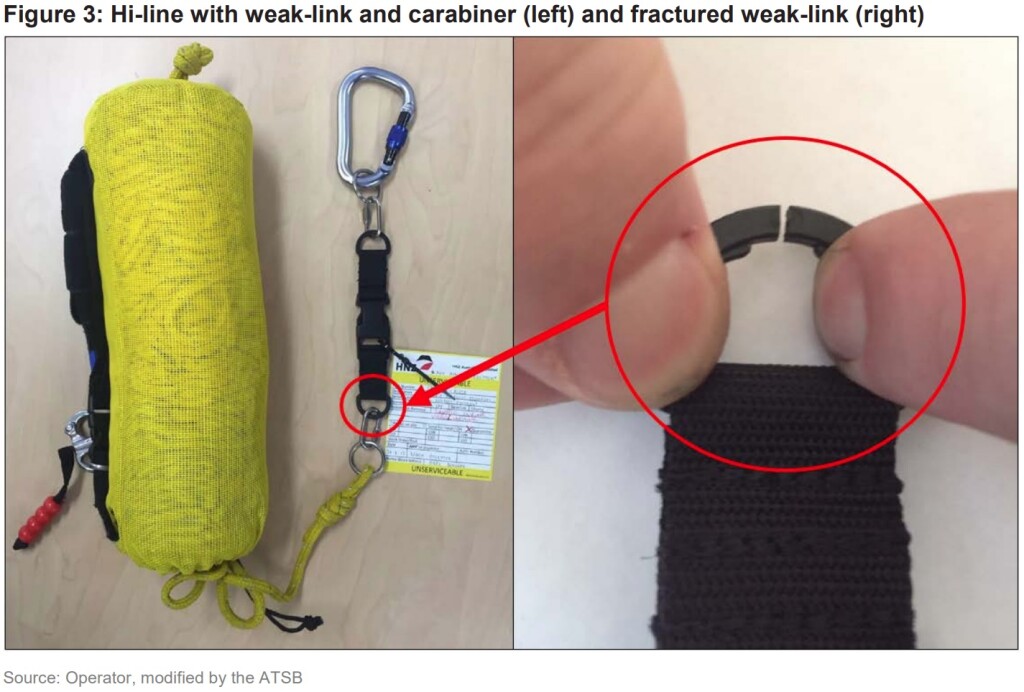 There were no injuries and the helicopter was not damaged.