We look at an Australian Transport Safety Bureau (ATSB) report into a regional turbprop incident and in particular why propeller damage was missed on several inspections.

On the evening of 22 February 2013, Regional Express (Rex) Saab 340B VH-ZRL, was on approach to Taree, NSW.  The crew were monitoring the weather.  The crosswind was reported as 50 knots when they were at about 6,000 ft, although it decreased as the aircraft descended.

At 700-800 ft above ground level (AGL), the crew became visual with the runway and committed to landing. At that point the wind was fluctuating and there was light rain.  On touch down however the aircraft was subject to a gust, which made the left wing lift slightly and the aircraft to weathercock to the left, into wind.  Reverse thrust had already been selected.  As the aircraft veered toward the runway edge the Commander, who had been the Pilot Monitoring, took control of the aircraft.  The ATSB say:

He applied right rudder, but the aircraft did not respond. As the aircraft’s airspeed decreased, the captain also applied right brake, with no effect. He then simultaneously commenced nose wheel steering using the tiller. As the captain believed that the nose wheel steering was ineffective, he elected to apply asymmetric thrust by reducing the amount of reverse thrust on the left engine and increasing reverse thrust on the right engine. The aircraft commenced moving to the right.

The aircraft taxied to the parking area. As the passengers disembarked there were strong winds and heavy rain.

Using a torch, the FO then conducted a post flight inspection, which included examining the left landing gear and propellers. At the same time, refuelling of the aircraft commenced and the captain was completing paperwork. After finishing the post-flight inspection, the FO advised the captain that nil damage was found.

In preparation for the next flight to Grafton, the Captain commenced an external inspection of the aircraft using a torch…it was raining heavily. He examined the left landing gear and reported that no mud or grass was observed.

The aircraft captain then conducted a runway inspection for contamination with the ground handling agent.  There was “a substantial amount of standing water” and a 30 knot crosswind so the flight was cancelled.  There was no evidence visible that the aircraft had earlier left the runway.

The next day the flight to Grafton was conducted.  The FO made the external inspections of the aircraft.

The aircraft then returned to Sydney, at which time maintenance personnel conducted an inspection of the aircraft and observed damage to the left propeller blades. 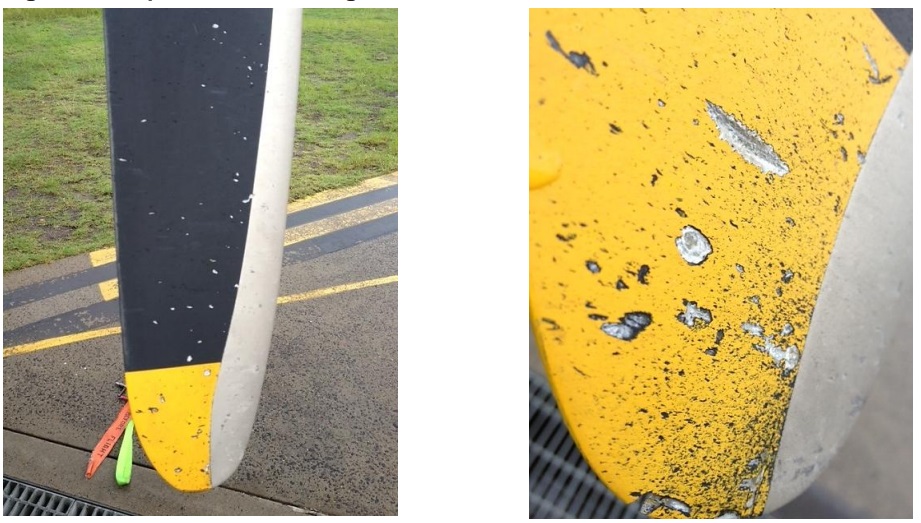 All four blades had sustained stone damage predominantly on the back (reverse) of the blades.

Runway 04/22 at Taree consisted of a 30 m wide runway with a 3-4m wide soil and gravel shoulder either side. A subsequent runway inspection during daylight determined that the aircraft had veered onto the runway shoulder.

The blades were all removed for repair.

The captain provided the following comments (those in italics relate to the inspections):

The FO also opined that…

…when conducting a considerable number of flights within a short period of time, it was easy to become complacent when having to conduct a pre-flight and post-flight inspection for each flight.

Complacency, the feeling of satisfaction or contentment with what is happening, may occur from a pilot’s overconfidence in performing a task that has been previously conducted numerous times, without incident. This may result in a pilot inadvertently overlooking important information or responding to a situation inappropriately.

The best defence against complacency is for pilots to remain vigilant and alert, and be mindful that even the most routine tasks must be conducted with care and concentration.

We have previously discussed complacency: Complacency: A Useful Concept in Safety Investigations?

An interruption/distraction can cause the crew to feel rushed and be confronted with competing tasks. The crew must then complete one task before performing another, which may result in poor results in one or more of the completed tasks. This may leave uncertainties unresolved, the omission of actions, and failing to detect and correct resulting abnormal conditions.

The ATSB highlight Flight Safety Foundation (FSF) guidance that after interruptions/distractions have been recognised and identified, the next priority is to re-establish situation awareness as follows:

We also note the FO, to his credit, discussed getting into a (bad) habit of only looking at the front of the blades while the aircraft commander seems to have complacently accepted that visual inspection in poor light would not identify such damage.

UPDATE 23 February 2018: Another ATSB report is published featuring distraction (plus high workload): Flight path management and descent toward the lower limit of controlled airspace involving Airbus A320, VH-VND, on approach to Melbourne Airport, Victoria, on 11 February 2015.

UPDATE 14 April 2018: Air Mandalay Embraer ERJ-145 XY-ALE was damaged after a heavy landing during an unstabilised approach on 18 Sept 2017.  the First Officer did a walkaround but did not spot the damage so the aircraft flew 2 more sectors before an engineer found the damage, according to the Aircraft Accident Investigation Bureau (AAIB) of Myanmar report. 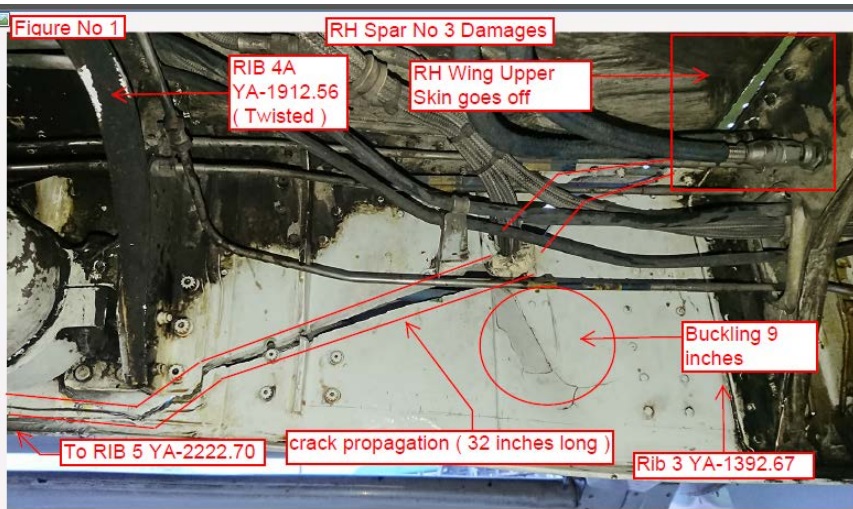 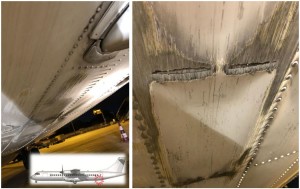