On 2 May 2018, float-equipped Robinson R22 helicopter N923SM of Helicopter Academy LLC was in cruise at 80 knots and 800 ft about half a mile off Panama City Beach, Florida, when it slowly started losing airspeed. The pilot, the sole occupant, pushed the cyclic control forward until he reached the forward stop, but the airspeed continued to decrease and the helicopter began to lose altitude.  Another helicopter was flying in formation during this positioning flight and observed N923SM’s speed drop to from 80 to 30 knots in about 15 seconds. 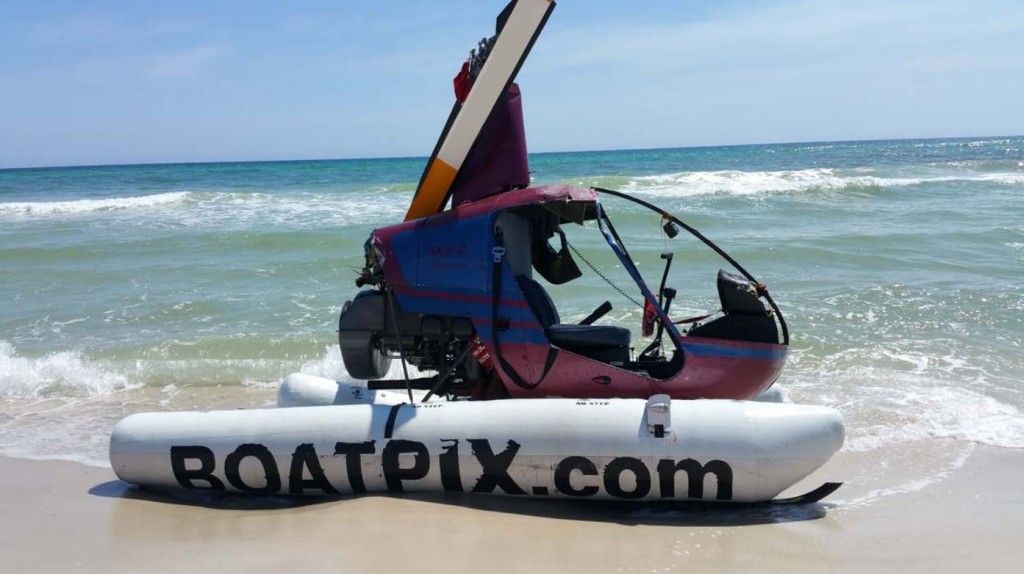 The helicopter ultimately impacted the water tail boom first. The helicopter rolled inverted after being struck by waves almost immediately and the pilot clung to the floats until rescued with minor injuries. 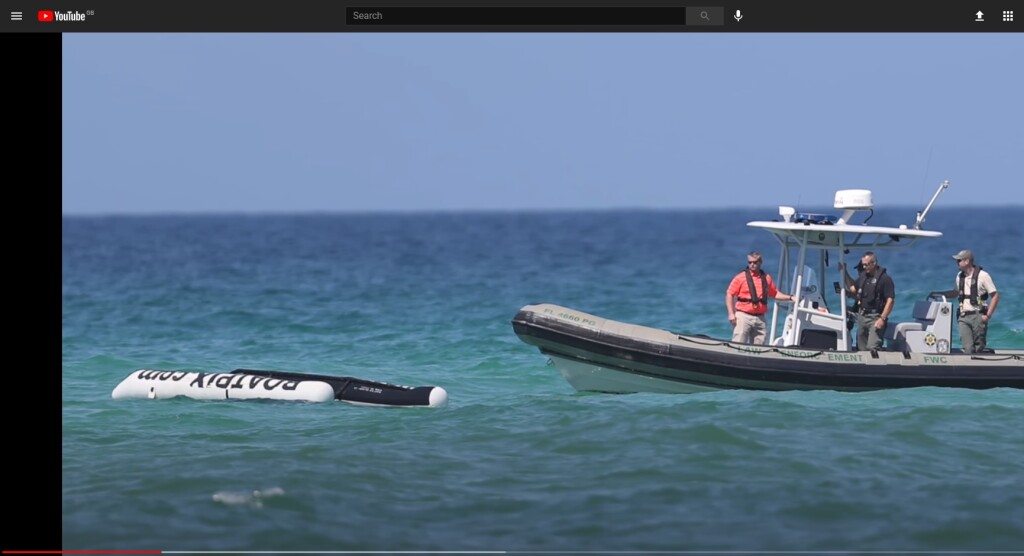 The US National Transportation Safety Board (NTSB) say in their safety investigation report:

Postaccident examination of the helicopter revealed that the main rotor blades were deformed, the fuselage was substantially damaged, and the tail boom was partially separated.

Further, the ropes used to tie down the helicopter’s main rotor blades were  found wrapped around the rotor head swashplate and pitch control rods. 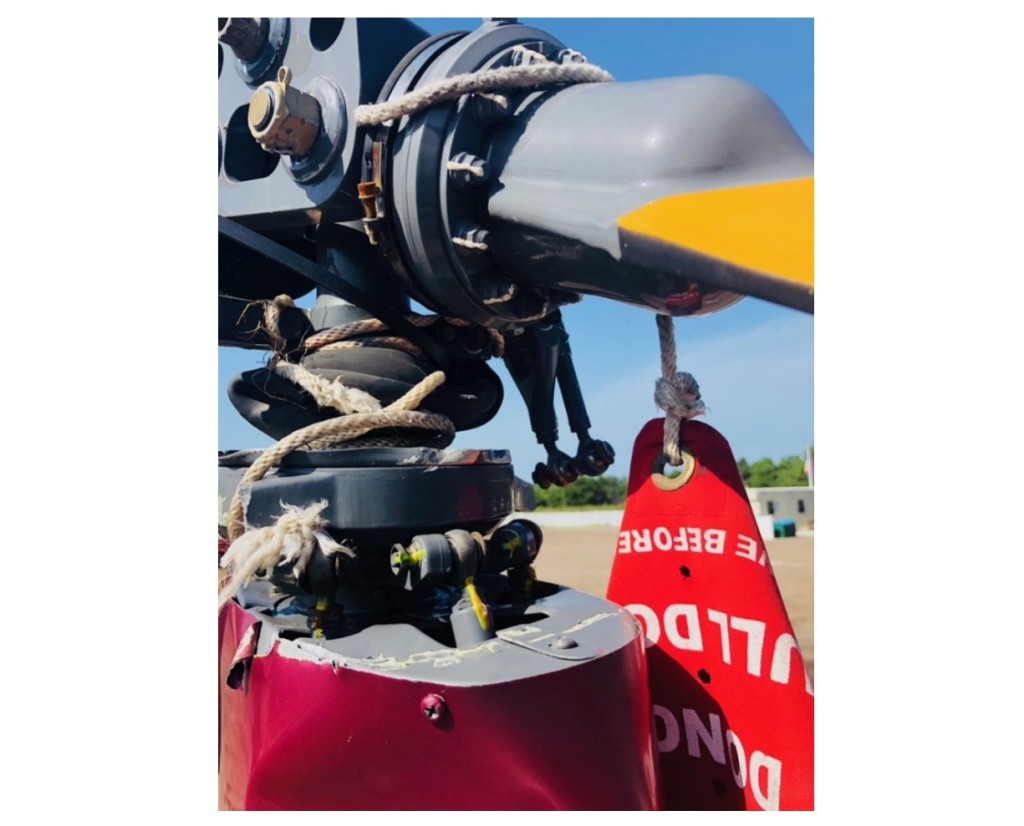 Before the flight, the pilot conducted a preflight inspection of the helicopter, which would have included removing the rotor blade tie-down ropes and associated socks that cover the rotor blade tips and storing them under the cockpit seat. However, because the ropes were found wrapped around the swashplate and pitch control rods, it is likely that the tie-down ropes were not properly removed and secured and, at some point during the flight, became entangled with the swashplate and pitch control rods, which prevented the pilot from being able to effectively control the pitch of the helicopter. 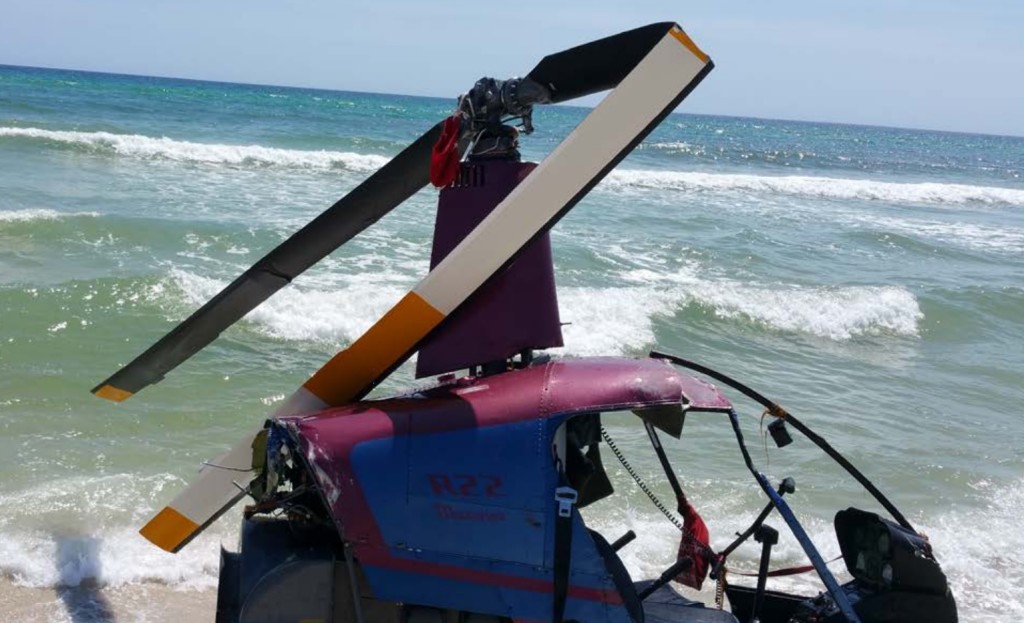 The flight was without doors, so any loose items could have departed the aircraft.

The pilot’s failure to properly remove and secure the tie-down ropes during the preflight inspection, which resulted in the ropes becoming entangled in the rotor head swashplate and pitch control rods during flight and the subsequent loss of pitch control.

We have previously discussed Troublesome Tiedowns:

We have also discussed debris being lost from aircraft: Tool Bag Takes Out Tail Rotor: Fatal AS350B2 Accident, Tweed, ON

The adequacy of pre-flight inspections was a factor in these previous occurrences we have discussed: