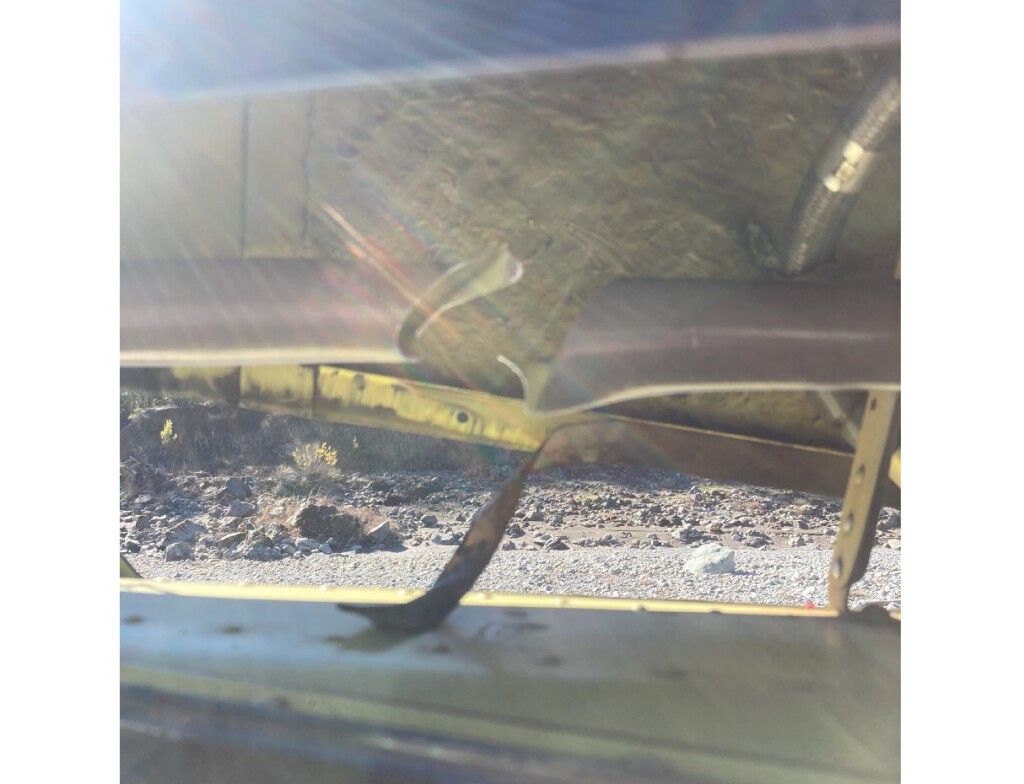 Lured by America’s push toward legalized cannabis, cartels have abandoned many decades-old marijuana farms in Mexico, moving their operations to Northern California where they can blend in seamlessly alongside legitimate grows…

Mendocino, Humboldt and Trinity counties are known as the Emerald Triangle or Emerald Counties, a region that produces a significant portion of cannabis consumed in the U.S. through legal and illegal grows. Alderpoint, near the epicenter, is known as “Murder Mountain“…due to the prevalence of missing persons cases and shootings. During recent years, violence has intensified in Covelo, a remote valley town in Mendocino surrounded by mountains.

A standard weather briefing was gathered from my Foreflight account, and a company flight plan was filed.

Three passengers were to be picked up at Ukiah Municipal Airport (KUKI).  The pilot landed at 11:10 Local Time, briefed the passengers and they departed ay 11:40.

I specifically discussed that no loose articles in the cabin are authorization [sic] at any time, and each passenger verbally acknowledged the briefing.

I personally inspected the cabin area and determined there were no loose items/articles of clothing that presented hazard to the flight. Only the photographer’s camera gear was present in the cabin, which was physically secured to ensure that it would remain in the aircraft.

I heard the aft-right passenger gasp over the ICS [intercom] and exclaim that she “lost her jacket out the door”. Simultaneously with the gasp I felt something impact the aircraft. I became immediately aware of the potential danger and proceeded to assess the situation. I test the anti-torque pedals which responded normally. I then checked the fore-aft cyclic control to ensure freedom of movement. I experienced an increased amount of control forces associated with resistance against the elevator located on the trailing edge of the horizontal stabilizer. I immediately realized that the jacket had become lodged on the horizontal stabilizer, and therefore was placing the tail-rotor at risk of FOD ingestion.

I then made the decision to make a precautionary landing at a gravel bar which was located within autorotative gliding distance at the aircraft’s 3 o’clock. I informed the passengers of the situation, made a distress call on the local CTAF, 122.8, and cautiously flew the aircraft in a circular right hand turn in order to descend and maneuver into the wind. I was deeply concerned the tail-rotor would fail at any moment and maintained an appropriate autorotative airspeed until about 200 agl. I reduced speed and altitude, terminating to a very gentle flare at 5 ft agl decelerating from 30 KIAS. I set the aircraft down and conducted a seating check at half-pitch using gentle cyclic inputs.

After determining that the set-down was suitable, I lowered the collective to flat pitch. I then rolled the throttle to ground idle, at which point the jacket dislodged and impacted the tailrotor. A loud audible “pop” was heard and I witness debris scattering about the LZ. I looked aft at the tail-rotor from my open door and witnessed it spooling down independent of the engine and main-rotor rpm. I then shutdown the engine, stopped the rotor, and deplaned the passengers.

Upon inspection the tail rotor drive shaft was found to be severed.  Events of loose articles being release have proved fatal in the past e.g. Tool Bag Takes Out Tail Rotor: Fatal AS350B2 Accident, Tweed, ON

The NTSB probable cause for the Covelo accident was a factually incorrect:

A passenger’s unsecured object departed the cabin resulted in a collision with the tail rotor drive shaft [sic].

The operator’s safety recommendation recorded in the accident report form was sensibly:

Avoid door-off operation with passenger occupied seats where the pilot can not directly observe the activities of the passenger.

We understand that a case was brought to court claiming $192,000 for the damages caused by the passenger’s jacket.

The NZCAA has issued a safety alert on loose articles.  This is reported by the press to be after a specific fatal accident (Hughes 369D ZK-HOJ 18 Oct 2018) were witnesses reported seeing clothing fall from the helicopter and become wrapped around the tail rotor.  The alert points to a Robinson Helicopter safety video.

The commercial pilot reported that, after completing an external cargo lift operation, he landed at a remote location to jettison the lift cable and to board the two ground workers for a ferry flight back to their home base.  Shortly after liftoff, the pilot felt a moderate aberration in the cyclic flight control, followed by a significant vertical vibration. The pilot subsequently observed that the main rotor (MR) blade track had a substantial blade spread. Subsequently, the pilot conducted a forced emergency landing…examination of the helicopter revealed that one MR blade was missing about 9 inches of its blade tip, consistent with impact with an object of substantial mass…

The pilot reported that he released the lift cable before the flight…[and]…the ground crew placed the coiled cable in the rear compartment that had no doors.  …based on the damage to the MR blades, it is likely that the cable exited the helicopter during liftoff and subsequently impacted the MR, which resulted in the separation of an MR blade tip and the vertical vibration of the helicopter.

TRANSLATE with x
English
TRANSLATE with
COPY THE URL BELOW
Back
EMBED THE SNIPPET BELOW IN YOUR SITE
Enable collaborative features and customize widget: Bing Webmaster Portal
Back
DepartmentDepartment
Detected language : English