The pilot reported that during landing and once established directly over the helipad, he proceeded to hover taxi over to the assigned landing location, but during touchdown the helicopter unexpectedly shifted forward, rotating onto the front skids, then began to oscillate. 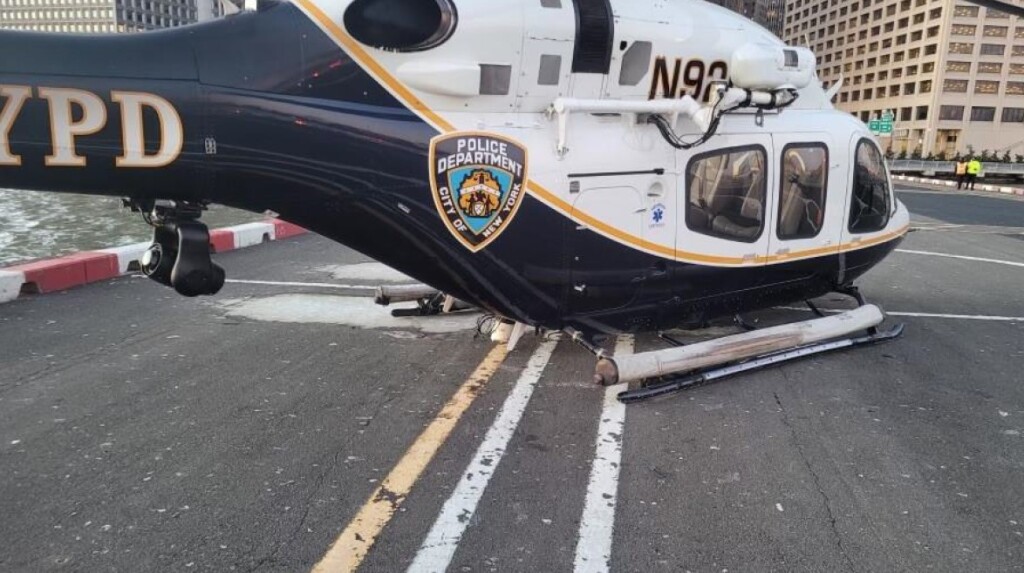 During the oscillations, the main rotor blades stuck the wire strike protection system, which resulted in substantial damage to the rotor blades.

As well as damage to all four main rotor blades and the WSPS, the landing skids collapsed, the cockpit centre pedestal supports were bent, there was fuselage cracking, damage to the MX-10 turret and an antenna, and leaks of fuel and hydraulic fluid.

The pilots overapplication of flight controls during landing, which resulted in the rotor blades contacting the wire strike protection system and subsequent hard landing.