The US National Transportation Safety Board (NTSB) have published their preliminary report on Leonardo Helicopters AW109S N109EX of Helinet Aviation Services which crashed onto the University of Southern California (USC) Keck Medical Center (USC Keck) rooftop helipad in Los Angeles, California on 6 November 2020.  UPDATE 28 January 2023: NTSB have now published further factual information (see below) that puts attention on the tail rotor and past inspections. 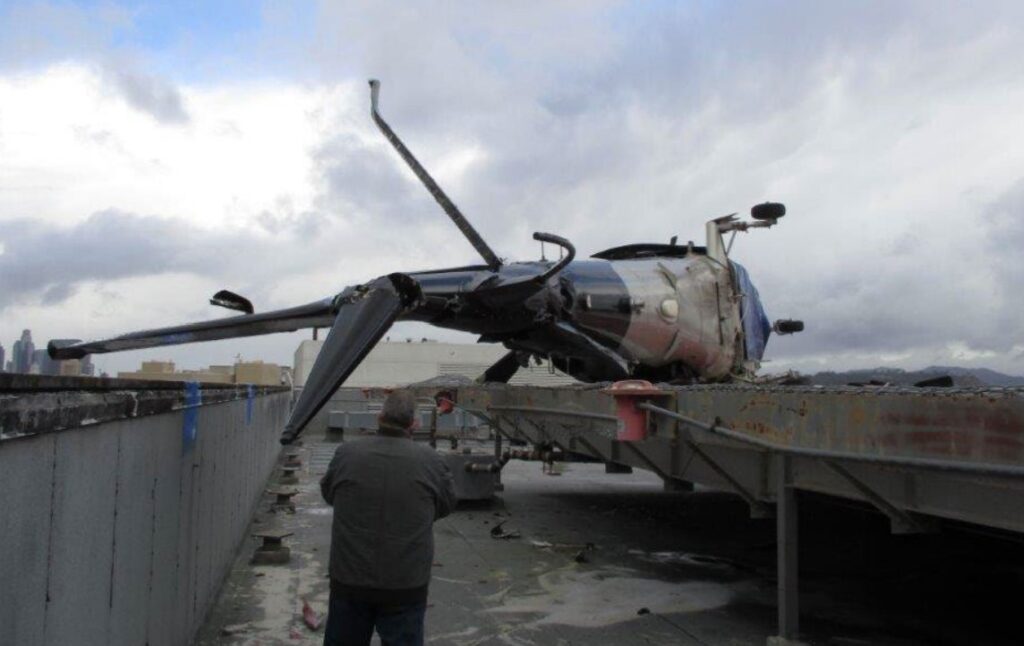 The helicopter was making a Part 135 helicopter air ambulance flight, with a donor heart for a transplant operation aboard. The pilot suffered minor injuries and the two passengers were uninjured.  The Los Angeles Fire Department (LAFD) retrieved the organ from the wreckage and the hospital says “the heart was successfully transplanted following the crash, and the transplant recipient is recovering well”.

The US National Transportation Safety Board (NTSB) explain in their preliminary report that:

The pilot reported that he established the helicopter in a steep approach, to land on the rooftop helipad of a multi-story medical building [approaching in a northerly direction over Hazard Park according to videos of the accident].

The pilot had offset his heading to the left to gain greater visibility to the landing zone. He observed the absence of any wind indication from the windsock and no movement on nearby trees. When the helicopter had decelerated to about 45 knots, he increased the engine and rotor RPM to 102%.

About 40 feet above the helipad, the pilot noticed a slight yaw to the right that continued despite full left pedal application. He thought to fly away from the helipad when the helicopter aligned in the direction he just approached from. As the helicopter rotated to about 90° from his approach heading, it suddenly and very violently made a dramatic increase in right yaw.

Realizing the helicopter was going to be uncontrollable, the pilot “dumped the collective” and tried to stay over the helipad. He stated that after the helicopter struck the helipad, it rolled left and continued spinning on its side, and eventually came to a stop.

The pilot shut down the engines and all three occupants exited unassisted.

A review of a witness video, (See figure 1), taken from an adjacent building, revealed the helicopter approached the rooftop helipad while slowly rotating clockwise about the vertical axis.

The helicopter came to rest on its left side, on the helipad.

The four composite blades of the main rotor system fragmented and separated, spreading debris throughout the rooftop and down to the ground. The tail rotor and 90° gearbox separated and were found on the rooftop. The left main landing gear separated and remained near the attachment points of the fuselage. 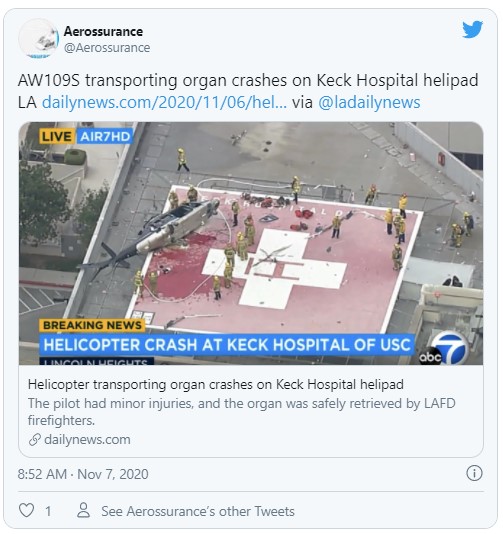 NTSB investigators have revealed that the tail rotor assembly rotating control ring nut was separated from the thrust sleeve assembly. 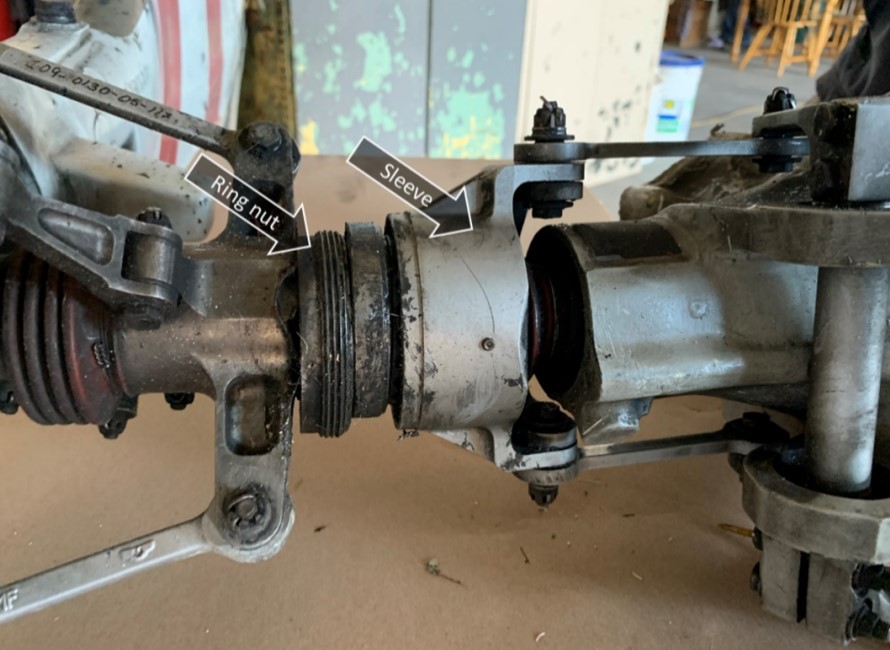 No other pre-impact defects were found.

Examination of the tail rotor assembly and 90° gearbox by the NTSB Materials Laboratory revealed a step, or worn footprint, in the bottom surface of the ring nut at the outside diameter edge. 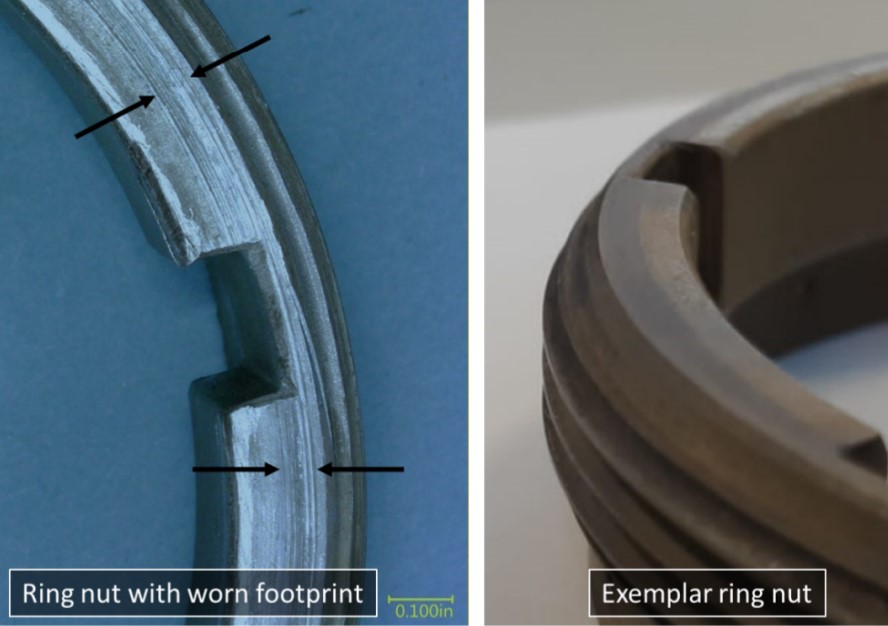 Leonardo advised the NTSB there had been four previous events associated with loss of tail rotor control and the ring nut.  There first three were between December 2010 and October 2014.  Afterwards Leonardo… 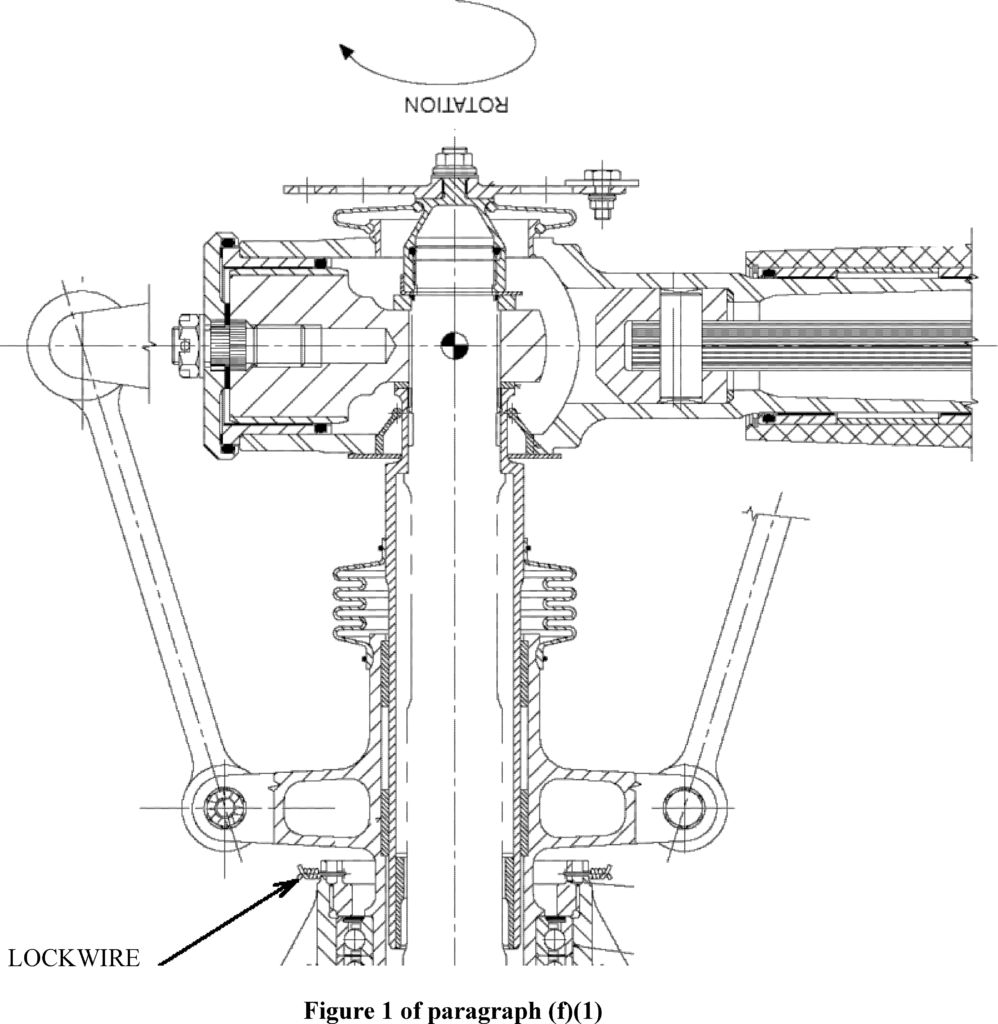 The helicopter manufacturer issued five Technician Bulletins (Bollettinos Tecnico) in September 2012, for all affected models. The bulletins required, in part, a visual inspection of the lock wire (s) securing the tail rotor duplex locking nut to the housing, periodic inspection (every 25 hours) to verify the condition of the two locking wires until compliance with disassembling and reassembling of the housing and slider group of the tail rotor rotating controls.

Despite an EASA Emergency AD the FAA only issued Airworthiness Directive (AD) 2014-02-08 on 7 March 2014, 19 months later.  Disappointingly the NTSB don’t comment on the FAA’s initial lack of airworthiness alacrity.

This eliminated disassembly and reassembly as an AD terminating action and required a daily check by the pilot of the locking wire.

The NTSB investigation into the N109EX’s accident included a review of the technical records, which…

…revealed that the helicopter was maintained in accordance with the manufacturers extended maintenance program. The most recent 400-hour extended maintenance check, which included the disassembly, and inspection of the rotating controls was completed on May 17, 2019, at a Hobbs time of 1,149.2 hours.

This was 300 flying hours prior to the accident

Part of one lock wire was found attached to the thrust sleeve after the accident. 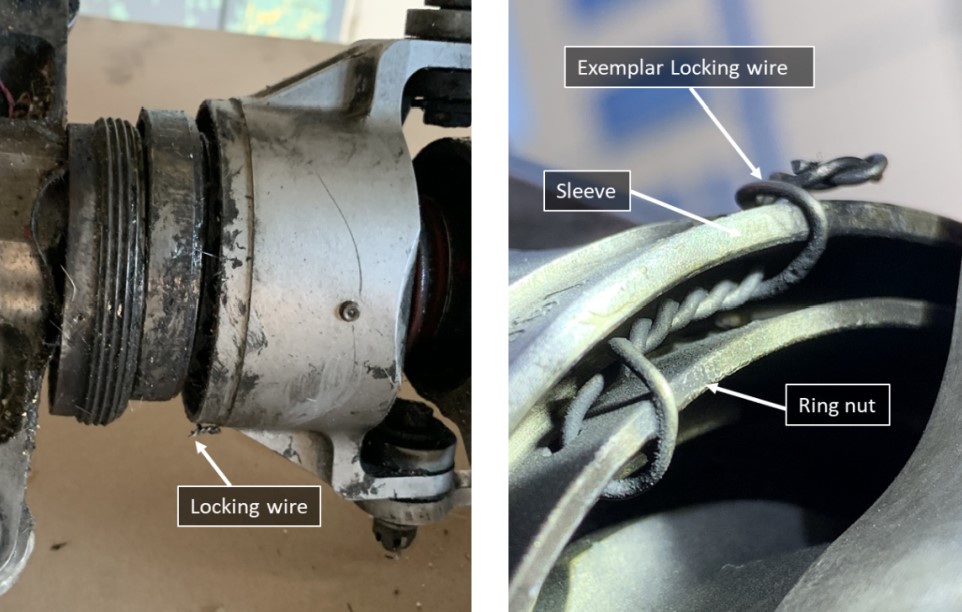 According to the manufacturer a new tail rotor dual lock duplex bearing support has been developed that incorporates a more robust locking system and is compatible with the current duplex bearing. The target for certification is the fourth quarter of 2022 and will be retrofit through service bulletins.

The NTSB investigation continues.  We will update this article further when the NTSB releases more information. 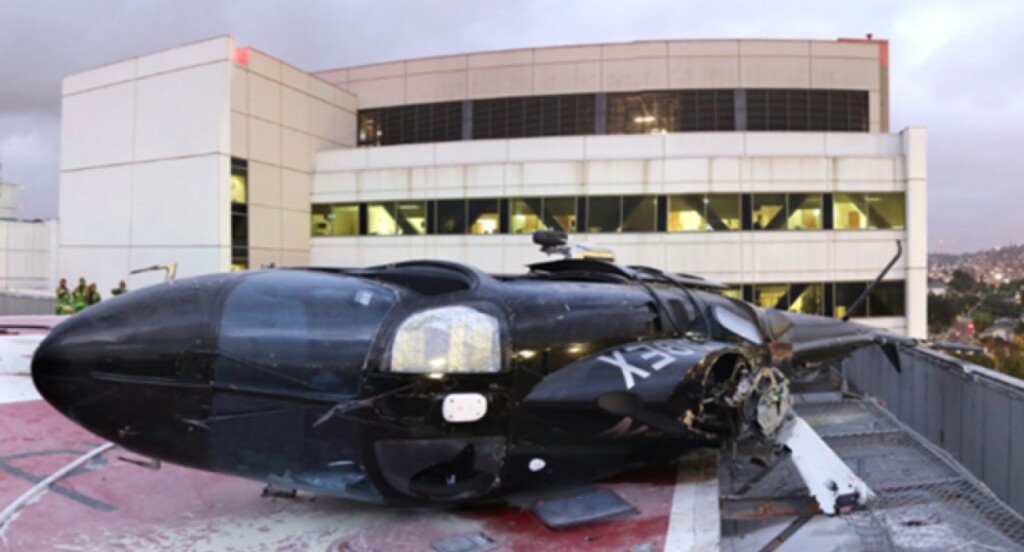