On 5 June 2022, shortly after an ADAC Airbus EC135P2+ HEMS helicopter, callsign Christoph 40, landed at its base, an elevated helipad at the University Hospital Augsburg, in Bavaria, the pilot was surprised by the sudden uncommanded movement of the helicopter.

According to the German safety investigation agency, the BFU, who published their report in German only the rooftop hospital landing site has a… 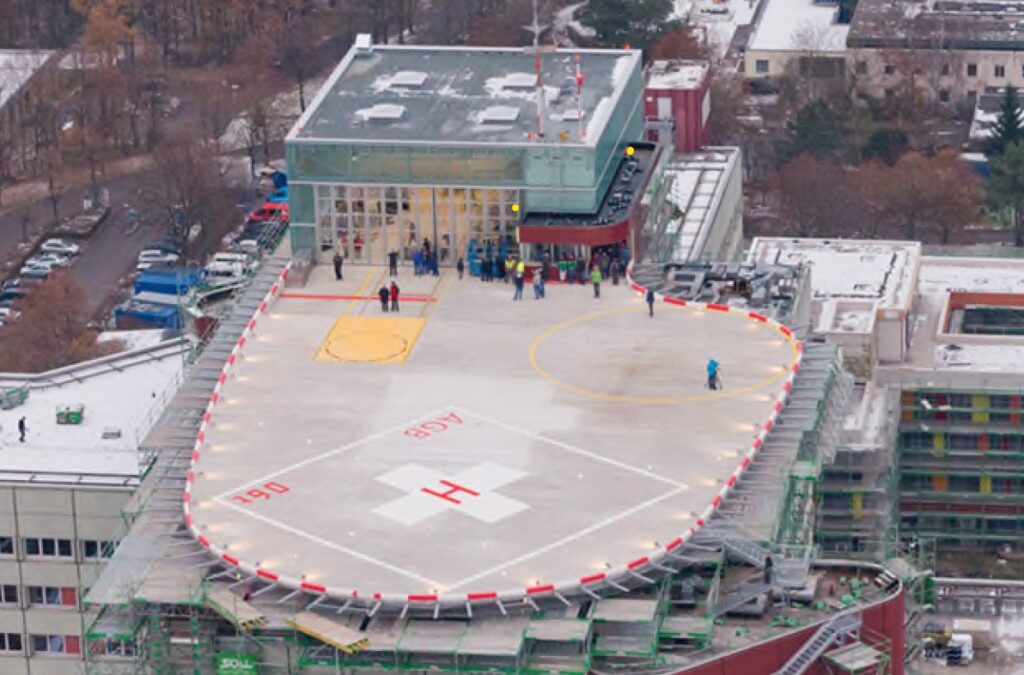 After the landing approach to the marked landing area, [the pilot] manoeuvred the helicopter to the mobile platform to land. The platform was in the outboard position and the hangar doors were closed.

The helicopter touched down on the platform with the nose of the fuselage pointing towards the hangar.

Before the engine power was reduced, the pilot noticed the platform rolling away in the direction of the closed hangar doors, picked up the helicopter again immediately and then hovered to the parking position.

Investigators found the brakes to the mobile helicopter transport platform were not applied.  But why?…

This unit had been in use since the heliport opened in 2014 but the BFU report it had proved troublesome in service.  It is battery-operated and runs on rails.  In its the outer position, the distance from the centre of the turntable on the platform to the hangar doors was about 16 m.  The D-value of an EC135 is 12 m, so when centred there is c 10 m of clearance from the doors. 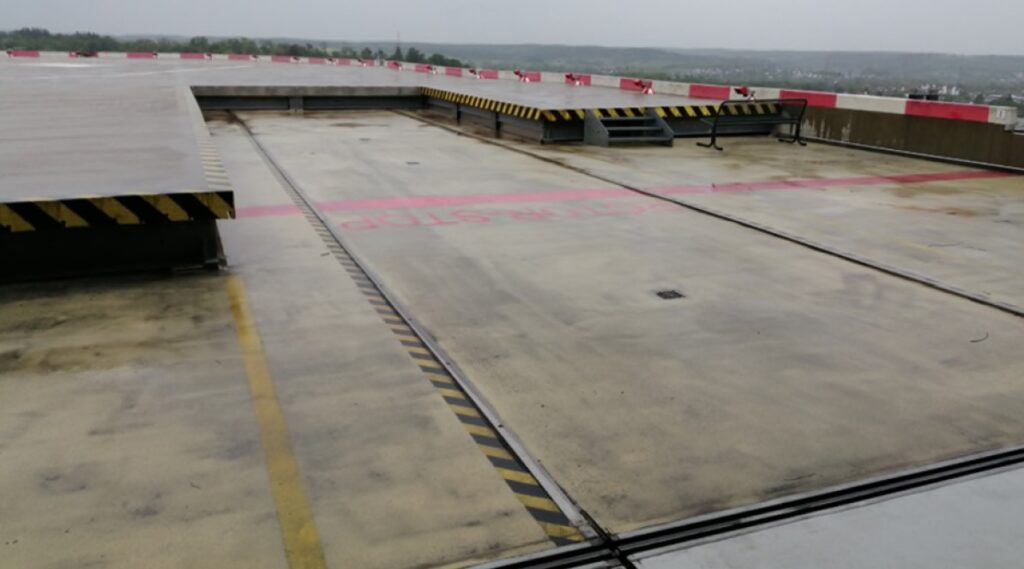 The 28 V DC motor has an integral brake.  When powered up the brake is released and when power is removed it activates.  The brake can also be disengaged to allow the unit to be moved by hand but the brake then should be manually reengaged.

Investigators found was that while the helicopter had been airborne on an operational tasking, a hospital technician had been conducting repairs.  While they don’t elaborate it appears the unit was left with power disengaged and the brake disengaged.

Such platforms are not subject to aviation regulations but fall within health and safety regulations for work equipment.  The BFU have expressed concern that ICAO Annex 14 Volume II (Heliports) does not address the safety of these units.

There have also been accidents landing on similar units: Dramatic Loss of Control During AS350 Landing Practice

A new mechanical lock has been introduced and procurement of a new unit is planned for 2023.