On 10 March 2018, a Leonardo AW139 helicopter was ground-taxiing at a slow walking pace to park at Townsville Airport, Queensland when the main rotor blades struck a maintenance work stand.

At the time of the impact, the helicopter was being positioned short of the refuelling area to allow another aircraft to utilise it.

The impact was felt as a vibration through the rotor system and had no effect on the fuselage or forward movement. The crew conducted a normal shutdown.  Post-flight, engineers inspected numerous components of the helicopter.

Damage was isolated to the tip cap assemblies of the main rotor blades. 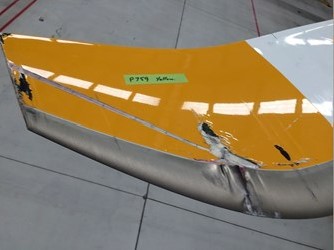 ATSB investigation was conducted, they simply released a limited summary from the helicopter operator.  Consequently, no details are provided of the stand and its colour, the background it was viewed against and whether its positioning was ‘normal’ or indeed in accordance with local procedures (whatever they were).  Also, there is no detail on the communications (if any) regarding the other aircraft refuelling and whether its presence proved a distraction. 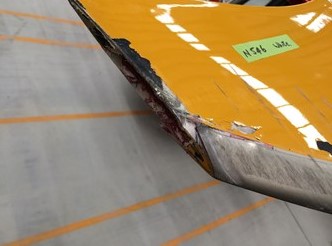 Even when operating in familiar environments, flight crew need to remain vigilant for potential hazards in the area and maintain a good look out to ensure distances from obstacles are maintained.