On 25 April 2020, fire-fighting Sikorsky S-76C+ HL9661 of Heli Korea suffered a tail rotor strike on a fuel bowser landed at a forward operating base at the edge of the Yeongsan River, South Korea.  There were no casualties of loss of containment of fuel but the helicopter received substantial damage.  The Korean Aviation and Railway Accident Investigation Board (ARAIB) safety investigation report was published on 29 June 2021 (in Korean only).

The flight crew of two had been on duty since 08:30 at the forward operating base.  One licenced aircraft engineer and a fuel bowser driver were also on site.  The pilots had gone for lunch at 11:35, but they were called out at 11:52 to tackle a mountain forest fire.  The helicopter took off at 12:12 and was on scene at 12:25.

After an hour of fire-fighting with an underslung fire-fighting bucket the crew decided to return for fuel.  At the operating base, the wind was 35 knots gusting 45.  Due to the wind direction the approach was in the opposite direct to normal.  The helicopter flew over the fuel bowser and placed the fire-fighting bucket on the ground next to the engineer and bowser driver.

The accident investigators then suggest the wind caused the helicopter to drift backwards, although it seems reasonable to expect that after placing the bucket on the ground the helicopter would manoeuvre aft to land with the bucket and sling ahead of the nose.  What is known is that the aircraft commander “felt the aircraft’s nose turning to the right with a thump and quickly lowered the collective”.

The tail rotor had in fact contacted the upper deck of the bowser.

The helicopter rotated 450° before coming to rest. 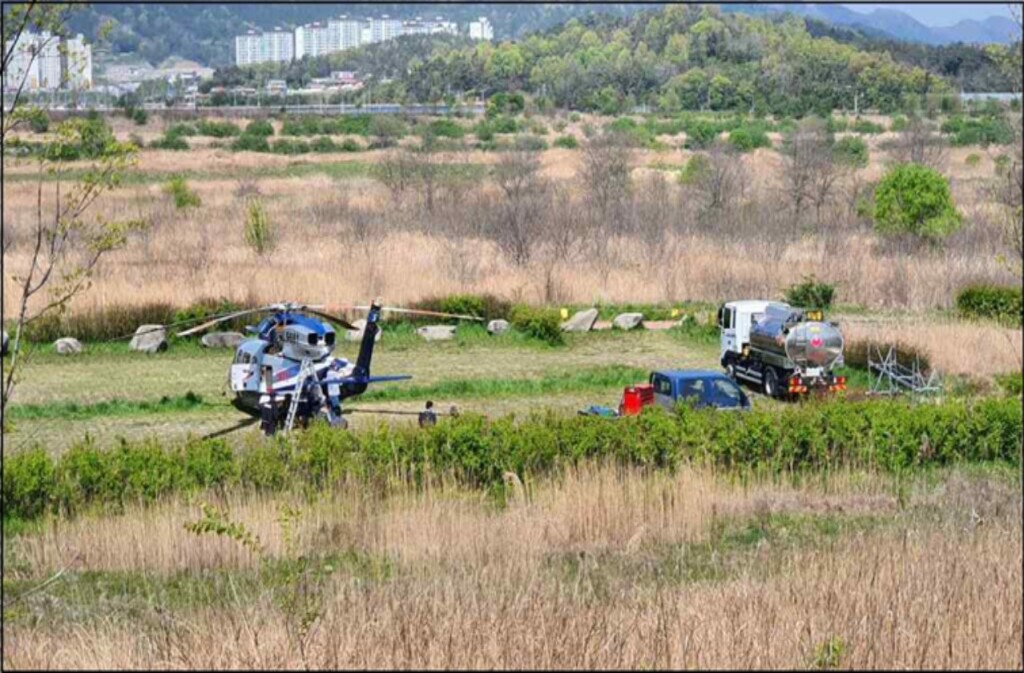 Fragments of broken tail rotors were widely scattered around the site. 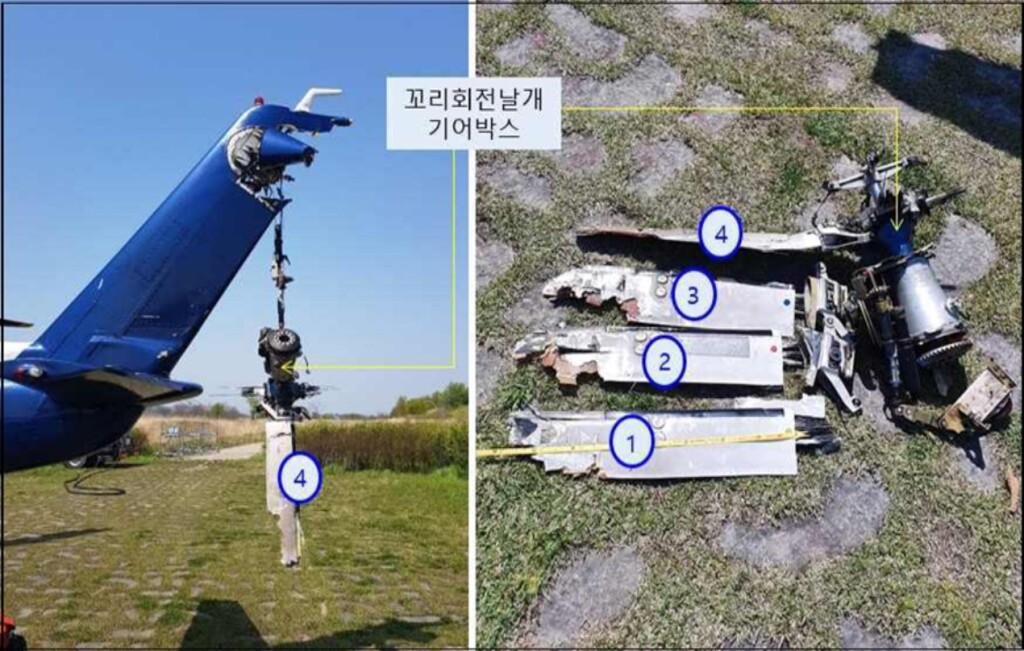 There is no mention of any flight data recorder data being available.  The investigators note that in Heli Korea’s procedures:

The investigator state the co-pilot should advise the aircraft commander of obstacles, and mention the importance of Crew Resource Management (CRM) but then say rather harshly in this case “it is judged that there was no active action or advice” by the co-pilot.  They also complain of the weeds growing on landing site.

However, matters not discussed in the accident report:

The cause of the accident was landing in strong winds, and unable to maintain position the helicopter was pushed backwards, and the tail rotor impacted the top of the rear end of the fuel bowser.