The US National Transportation Safety Board (NTSB) has recently (5 Oct 2021) opened the public docket on an accident that occurred to Sikorsky S-76D air ambulance N761AF of Arkansas Children’s Hospital on 15 May 2019.  The helicopter received substantial damage after an event that occurred in the cruise flight near Morrilton, Arkansas.  None of the 6 occupants were injured.  NTSB have since issued their probable cause so we have updated the article below.

The NTSB safety investigation report explains that 43 minutes into the flight the pilot experienced fumes in the cockpit.  He turned off the environmental control system and commenced a descent.  He recounted that:

Within approximately 10 seconds, system visual and aural warnings indicated smoke within the aft baggage compartment so I initiated an emergency descent and landing to the [Morrilton Municipal] KBDQ airport declaring an emergency…[and]…requesting crash/fire/rescue from the town managing KBDQ be dispatch to the uncontrolled airport. I alerted the Arkansas Children’s Hospital communications center of the situation and made a landing and shutdown at KBDQ without further complication.

The NTSB explain that…

…examination of the helicopter by a FAA inspector revealed that the exhaust duct from the No. 2 engine was disconnected and not in its seated position. 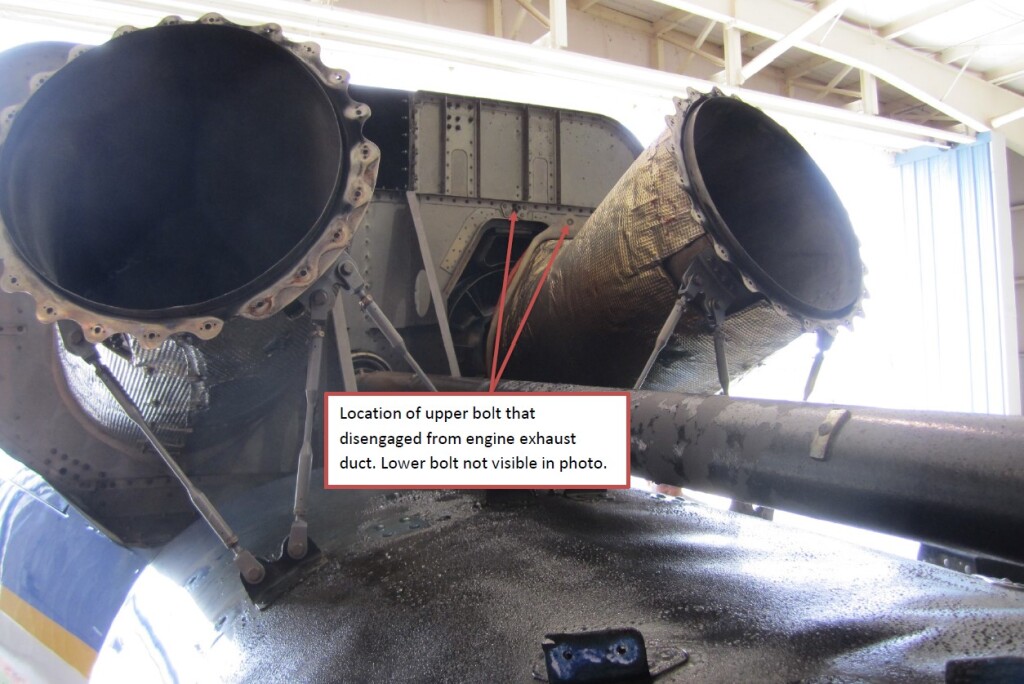 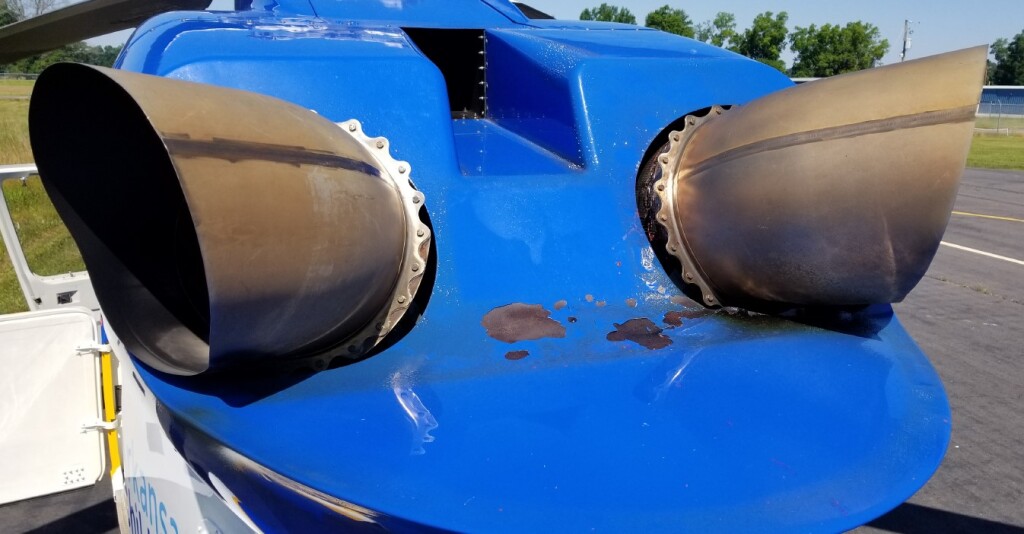 The exhaust ducts are attached using two bolts secured at 110 ft-lbs of pressure. Upon inspection of the No. 1 engine, as well as the operator’s second helicopter, all bolts were found partially disengaged and not tightened to the specified torque value.

Lock wire is not required to be applied to these fasteners.  The NTSB concluded that:

The maintenance history of these components was not determined, but given the available information, it is likely that they were improperly secured, which resulted in their loosening and subsequently allowed the exhaust duct to become unseated.

The improper securing of the exhaust duct bolts, which resulted in the duct becoming unseated and substantial heat damage to the tail rotor drive shaft.

While this doesn’t explain why, the NTSB have classified this accident:

…an engine exhaust duct separated from the helicopter and struck the tail rotor assembly, causing the tail rotor gearbox to also separate. After an initial yaw to the right, the pilot regained limited control. 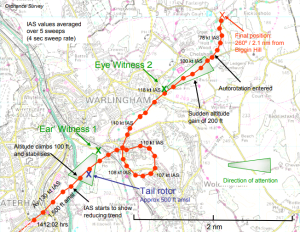 However, a further sudden yaw, possibly associated with a partial structural failure of the upper vertical stabiliser, prompted an immediate autorotative descent, which culminated in a successful forced landing. 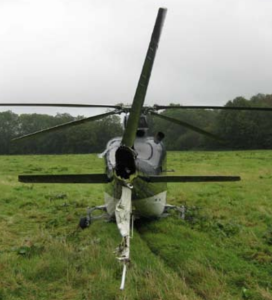 The investigation established that a [Mormon / U-band] clamp attaching an exhaust duct to the left engine had failed, due to stress corrosion cracking, allowing the duct to disconnect from the engine. 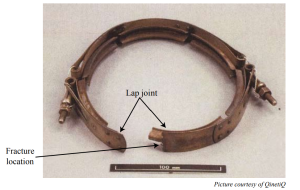 The European Safety Promotion Network Rotorcraft (ESPN-R) has a helicopter safety discussion group on LinkedIn.   You may also find these Aerossurance articles of interest: