On 15 February 2018, Sahtu Helicopters (a subsidiary of Great Slave Helicopters) Airbus Helicopters AS350B2 C-FWCR landed on a 16 feet by 16 feet (i.e 0.27 D) helipad at a telecommunications tower at Bear Rock, Northwest Territories (NWT), and was shut down at 0958. 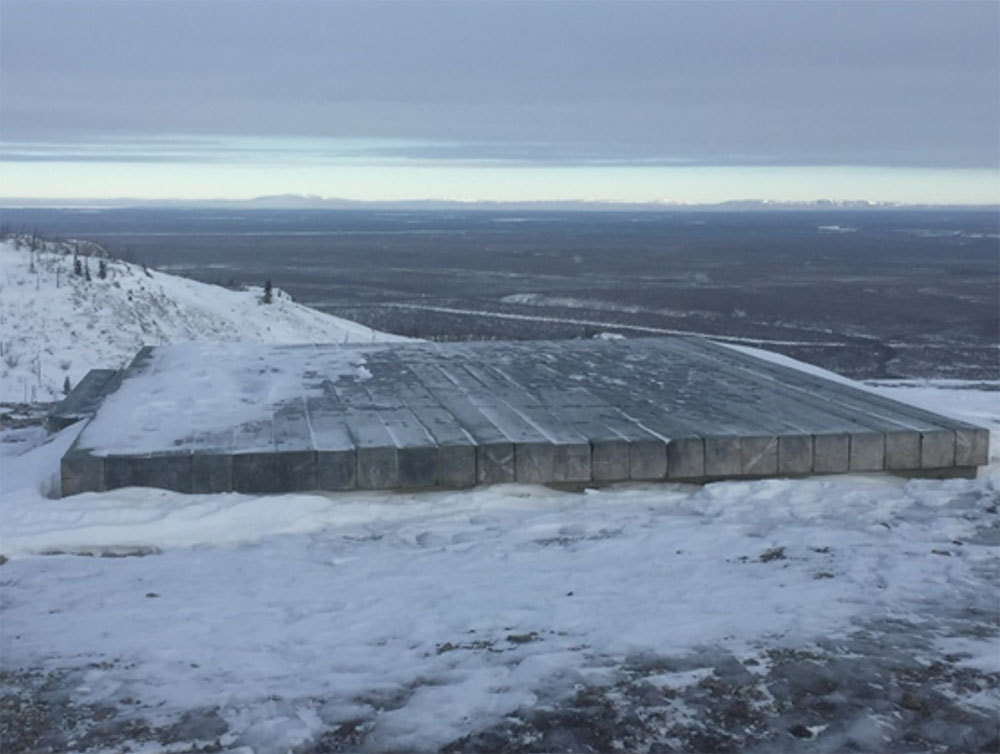 The landing site is 3 nm WNW of Tulita (NWT), where the recorded temperature was −27 °C.

According to the Transportation Safety Board (TSB) safety investigation report:

Approximately 30 minutes after landing, given the temperature at the time, the pilot conducted a first engine run as per the AS350B2 flight manual supplement Instructions for Operation in Cold Weather, because pre-heat was not available. On start-up, the pilot felt vibrations consistent with those felt over the previous 3 days, both on the ground and during flight [see below].

At 1108, the pilot initiated the engine-start sequence for another engine run. The engine started and accelerated normally to 70% gas generator speed (Ng). The pilot increased the fuel flow control to the flight position. As the throttle was increased, the helicopter began bucking fore and aft on the landing gear skids.

In response, the pilot decreased the fuel flow control, which increased the bucking. The pilot then decided to lift off in order to stop what he perceived to be ground resonance.

The investigators note that: “Ground resonance does not normally occur in rigid or semi-rigid rotor systems because there is no drag hinge.  The AS350’s Starflex rotor system does not use lead-lag dampers

The helicopter lifted several feet off the helipad, rotated to the left, and drifted approximately 30 m to the southeast. Given that the engine rpm had not accelerated into the flight-governing range, the rotor rpm subsequently drooped and the pilot was unable to maintain control of the helicopter.

…the helicopter descended, collided with terrain and came to rest 50 m downslope of the helipad. 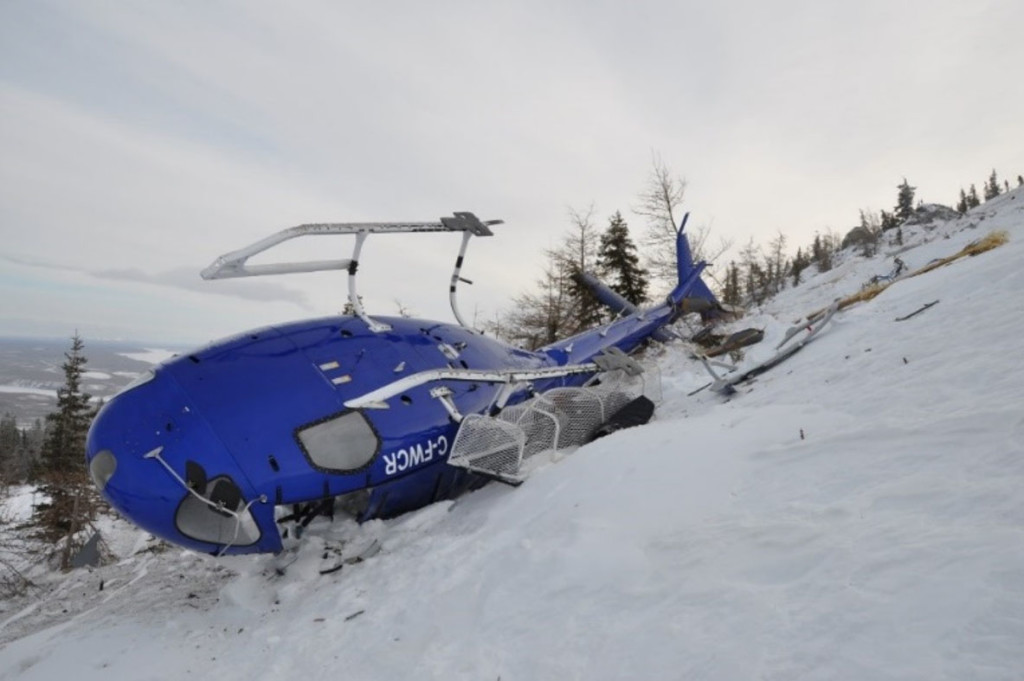 The pilot was wearing the 4-point lap and shoulder harness, but was not wearing a helmet. He received serious injuries, but managed to egress the helicopter, return to the telecommunications tower service building, and contact the company to report the accident. The passenger who had been transported to the telecommunications tower administered first aid to the pilot. A company helicopter was dispatched from Fort Simpson, Northwest Territories, and arrived at approximately 1500 to transport the pilot to medical facilities in Yellowknife, Northwest Territories.

The investigators reveal that:

The TSB however don’t report why this was done.

After reinstalling the main rotor blades on the morning of 12 February 2018, the occurrence pilot conducted an engine run, during which vibrations were noted. The vibration levels were not verified using vibration analysis equipment, which was available at the maintenance hangar. The blade tip tracking and dynamic balancing were not checked, as prescribed in the aircraft maintenance manual.

The pilot subsequently flew the helicopter for 6 hours before the occurrence and the vibration continued. During this time, no action was taken to verify or rectify the vibration and no aircraft journey log entries were made.

Information on the pre-accident tracking and balance condition of the rotor system was not available (because it was not recorded by maintenance) and was impossible to obtain post-accident.