On 3 June 2016, Bell 407 N4999, operated as an air ambulance by PHI‘s Air Medical division for Welmont Hospital, was damaged when it landed hard during in a forced landing into a parking lot near Mountain City, Tennessee.   The impact spread the skids and resulted in substantial damage. 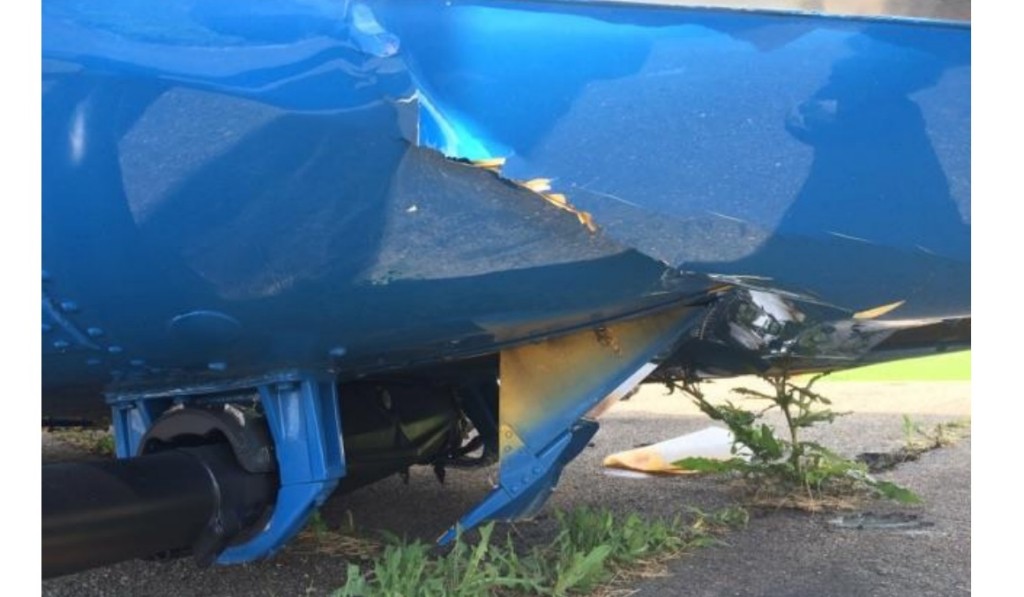 Damage to PHI B407 N4999: Note the Spread Skids and Crumpled Lower Fuselage (Credit: via NTSB)

The Rolls-Royce 250-C47B powered helicopter had suffered a partial loss of engine power during the initial climb after collecting a patient. The pilot suffered minor injuries and the two medical personnel and the patient were uninjured.

The pilot stated that during initial climb, about 125 feet above ground level, he heard a loud “bang” that was accompanied by a left yaw and rapidly increasing measured gas temperature (MGT). The pilot advised the crewmembers that he was rejecting the climb and landing immediately. The pilot further stated that he had to maneuver the helicopter right to avoid ground personnel, level the helicopter with cyclic control, and used all available collective to cushion the landing.

Review of data downloaded from an engine monitor revealed that during the accident takeoff, the MGT increased beyond maximum for takeoff while the power turbine rpm decreased. 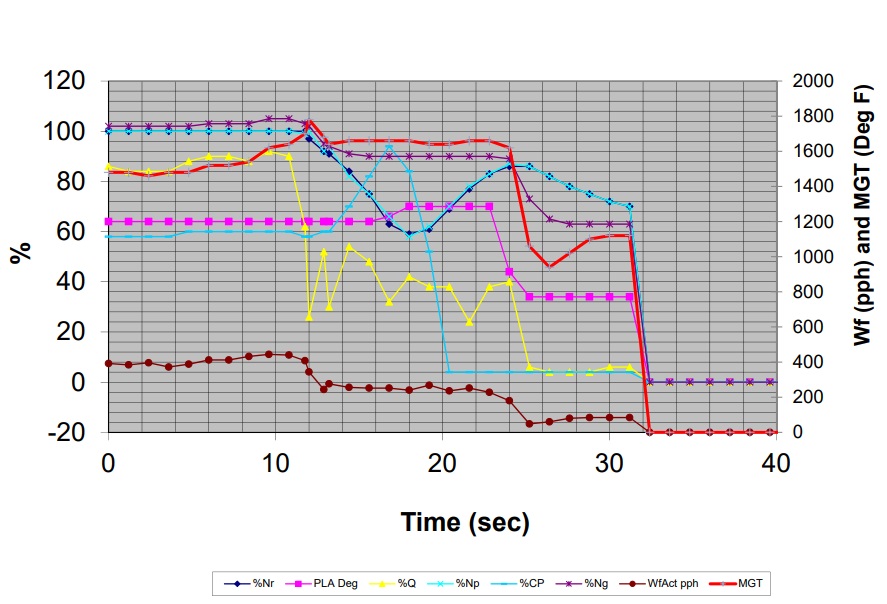 Examination of the engine at the operator’s facility revealed a partial separation of the compressor diffusor, which allowed intake air to leak prior to combustion.

Seperation of Unapproved Brazed Joint in RR 250 Fitted to PHI B407 N4999 (Credit: Rolls-Royce via NTS)

Examination of the compressor diffuser [at the manufacturer’s lab] revealed that a portion of the aft plate had separated near a braze joint [in tensile overload].

The Rolls-Royce designed aft plate is a single, unbrazed component.  Examination of maintenance records revealed that the compressor diffusor had been overhauled by overhaul shop Aero Propulsion previously. It was installed around 98 flying hours prior to the accident.

According to the FAA principle maintenance inspector (PMI) of the repair facility, a machinist had joined a second ring to the compressor diffuser aft plate using a brazing process.

…it is possible that the machinist performed the procedure to correct a mistake he had made during a dimensional shim repair, which was approved through the FAA designated engineering representative (DER) program.

According to the Quality and Engineering Manager at the repair facility, ultrasonic testing also failed to identify the unapproved repair. An immediate corrective action for the repair facility was to suspend dimensional shim repairs indefinitely. The repair facility also ensured that their three-tier approval process (engineering, quality and management) was required for any fixture, tooling, drawing, or process before it was performed and that all necessary personnel were trained in that method.

The machinist no longer worked for the repair facility and had left the company prior to the accident.

We ran workshops on MOP, Field Leadership and an accident case study at the CHC Safety Summit in Dallas 2-4 October 2018.