On 24 October 2015 Airbus Helicopters AS350B3 N911WL of the Placer County Sheriff’s Department landed hard during a practice autorotation near Folsom, California.  The crew of 3 were uninjured but the helicopter was substantially damaged. 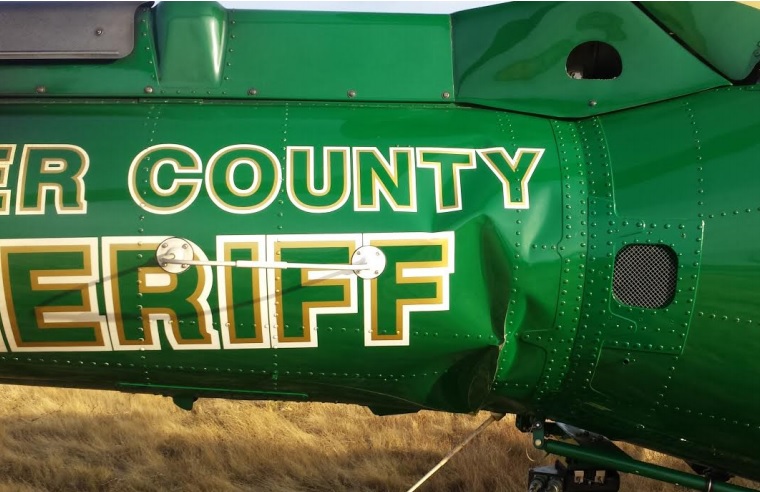 In their safety investigation report the US National Transportation Safety Board (NTSB) explain that:

The purpose of the public helicopter flight was to perform a patrol mission with a tactical flight officer onboard, while the flight instructor also trained the pilot under instruction (PUI), who had recently been hired by the sheriff’s department. The plan was to perform a routine patrol mission to introduce the PUI to the operation of the helicopter’s systems, then practice autorotations, which the PUI had not previously performed in the accident helicopter make and model.

After the patrol, they practiced a series of uneventful autorotations over flat areas. They then landed at McClellan Airfield, and serviced the helicopter with about 120 gallons of fuel.

After departure, they flew to a peninsula on the northern shore of the Folsom Lake Reservoir with the intention of performing more enhanced autorotation training. The peninsula, which according to the flight instructor was an area for training approved by the department, was normally partially submerged in water but due to drought conditions, was fully exposed.

The flight instructor was flying the helicopter throughout the maneuver; during the power recovery phase of the autorotation, he applied engine power by moving the throttle twist grip from the idle to the flight position as the helicopter passed through 100 ft. The engine did not respond as he expected, and, unable to reach the pinnacle, he maneuvered the helicopter to a forced landing on downsloping terrain.

The helicopter landed hard and tipped forward, resulting in substantial damage to the tailboom and aft fuselage structure. Postaccident examination of the engine and airframe did not reveal any anomalies that would have precluded normal operation, and the engine met its nominal performance parameters during a subsequent test run.

No anomalies were found with the engine or its controls.

The Rotorcraft Flight Manual recommended that autorotation training be conducted within autorotation distance of a suitable running landing area.  The NTSB highlight that the chosen landing area…

…was on a pinnacle, about 100 ft from where the helicopter came to rest. 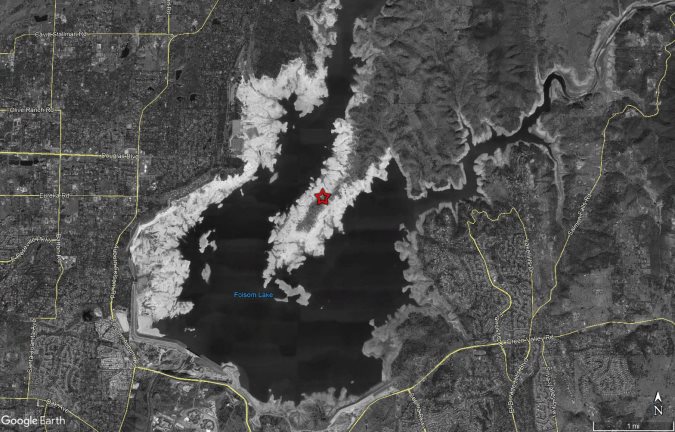 The terrain from the top of the pinnacle to the resting location was on a downward slope of about 4°, and the site was at an elevation of about 455 ft above sea level [and so] did not represent a suitable area for such practice.

The site was about 2 miles across the lake from the City of Folsom, however, the closest access via automobile from Folsom would have required a drive of about 27 miles on paved and unpaved roads, followed by an off-road drive of about 1 mile.  Therefore, the chosen location placed the crew in additional danger should a more serious accident have occurred.

The notice stated, “Current helicopter accident / incident statistics indicate that the greatest exposure to accidents or incidents is during simulated EOL. The purpose of this Safety Information Notice is to raise the level of awareness of Flight Instructors involved in simulated EOL training and to stress on key points.”

The notice included recommendations that minimal crew be onboard during training, and that a power recovery be initiated as the helicopter passed through 200 ft agl, rather than the 70 ft recommended in the flight manual.  Furthermore the “Tips for airman” section stated, in part:

Therefore, the flight instructor’s choice of a power recovery initiation altitude (100 ft) lower than recommended left him with a reduced margin for recovery when the anomaly occurred. Further, the decision to keep the tactical flight officer onboard during the autorotation portion of the training represented an unnecessary risk both to him and the mission. The helicopter was loaded near its maximum gross weight, increasing the risk of a hard landing.

The flight instructor’s failure to perform simulated engine failure training in accordance with manufacturer guidance, including: