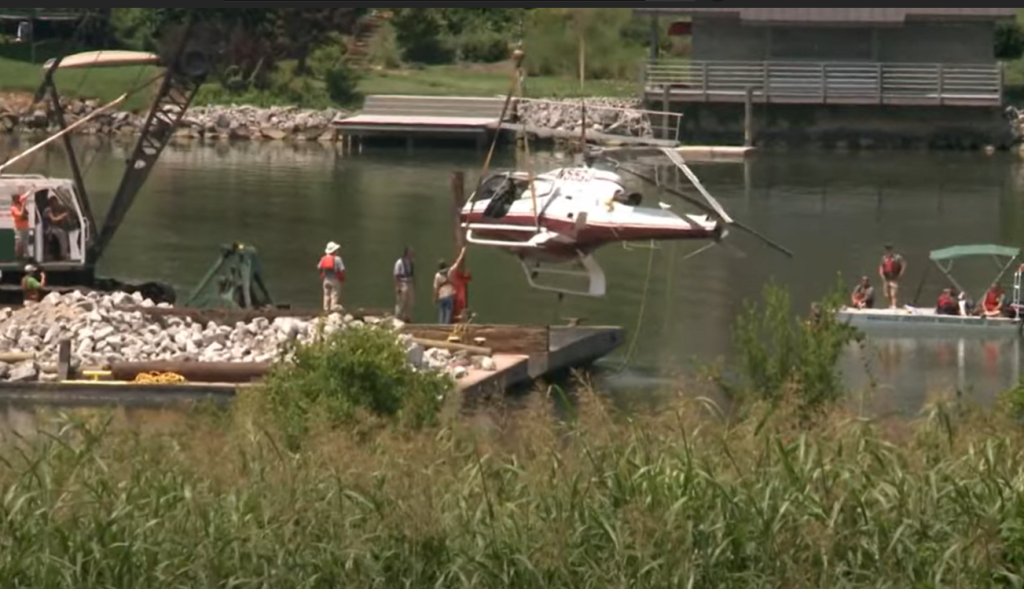 News Video: Recovery of the Wreckage of Airbus EC130B4 N55GJ from the Tennessee River, Knoxville, TN

The US National Transportation Safety Board (NTSB) safety investigation report, issued 28 June 2022, explains that the helicopter was making a local flight from McGhee Tyson Airport
(TYS), Knoxville with the intention of landing at the pilot’s riverside property.  The pilot, the deceased passenger’s 86 year old brother, had 12600 hours of flight experience, 300 on type.

The pilot made a right circling approach at 1000-1200 ft AMSL.  The landing site was at c840 ft AMSL according to one mapping site.  The pilot stated…

…he “was descending with low power and a 25° angle of descent, slowing to come to a hover at low speed over the water.” He…was planning to hover taxi to the landing site at a height about 75 feet above the water and that when he added power to arrest the descent, the helicopter “started to settle.”

The pilot is said to have commented to another pilot the next morning that he made a “steep approach” with “little-to-no airspeed” and a rate of descent “greater than 300 feet per minute”.

He stated he “pulled max power to stop the settling,” but it was as if the helicopter “didn’t have any power” and it continued to descend until it impacted the river. 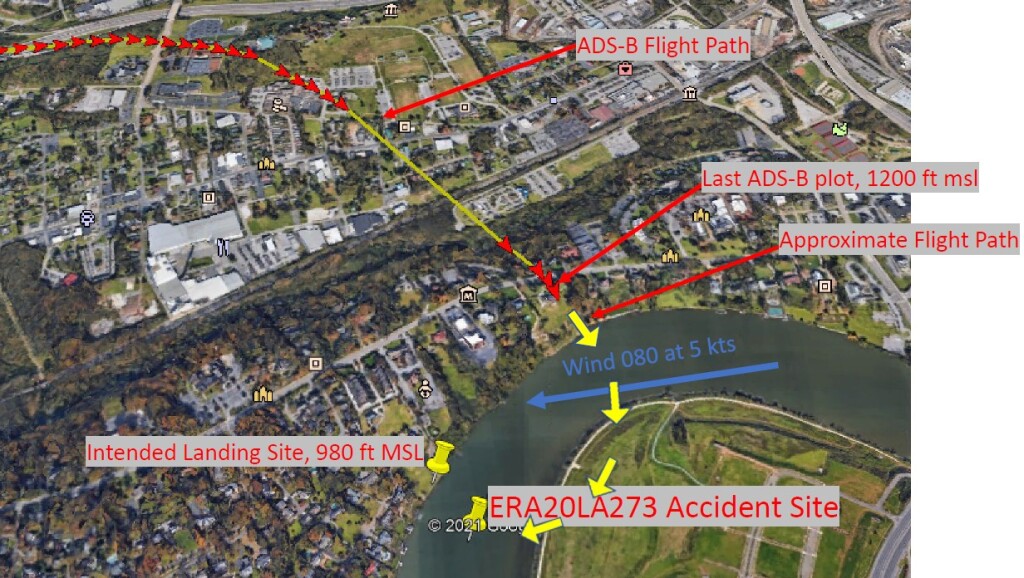 …the left “skid hit and then rotor hit” and the helicopter was “torqued into the water on the left side.”

The pilot and two passengers were able to egress before the helicopter sank. The helicopter came to rest on the bottom of the Tennessee River about 435 ft from the intended landing site. The body of the fourth occupant, seated in the front left seat, was recovered by divers later that evening.

The autopsy report noted..[the deceased]…was free-floating in the fuselage and not restrained at the time of recovery.

Damage to the helicopter was “consistent with a low-energy impact”. 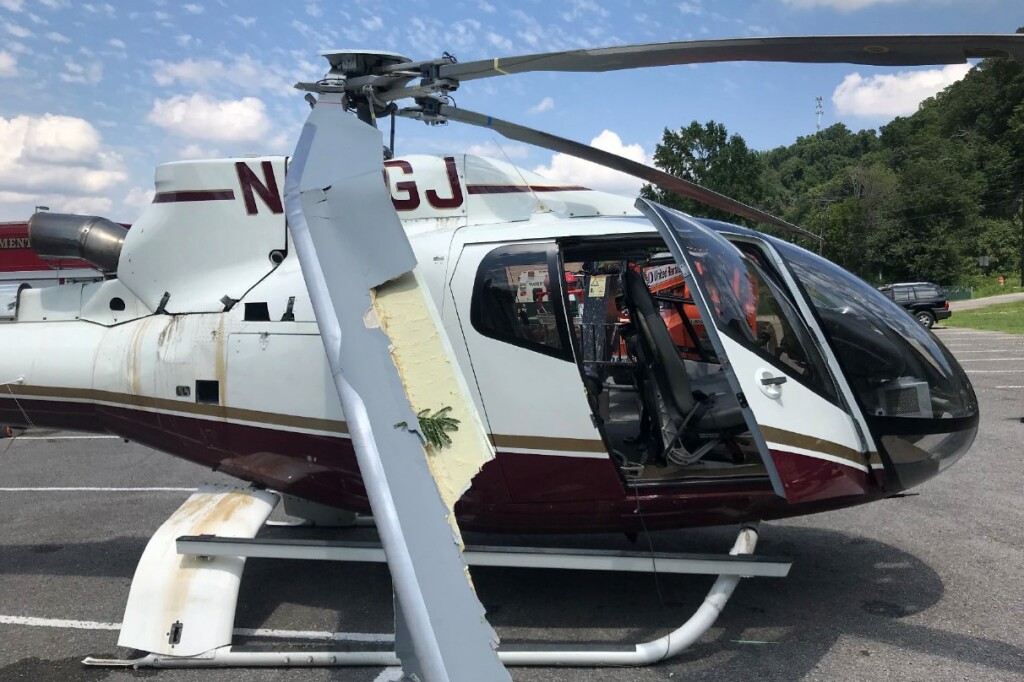 No pre-impact malfunctions were identified.

The…vehicle and engine monitoring display and a digital engine control unit…stored records of failure messages associated with engine operations. The data revealed no failures or limit exceedances prior to impact and indicated the engine was running at the time of impact.

Situations that are conducive to a VRS condition are attempting to hover out of ground effect (OGE) without maintaining precise altitude control, and approaches,
especially steep approaches, with a tailwind component.

The pilot’s entry into vortex ring state and his inability to arrest the helicopter’s descent while maneuvering for landing.

TRANSLATE with x
English
TRANSLATE with
COPY THE URL BELOW
Back
EMBED THE SNIPPET BELOW IN YOUR SITE
Enable collaborative features and customize widget: Bing Webmaster Portal
Back
vv
Detected language : English