On 19 August 2018, Airbus Helicopters EC130B4 N11QP, operated by Blue Hawaiian Helicopters (an Air Methods subsidiary), was damaged when a cabin sliding door fell from the aircraft during a rotor track and balance (RTB) flight.  There were two occupants aboard the helicopter.  The passenger received minor injuries. 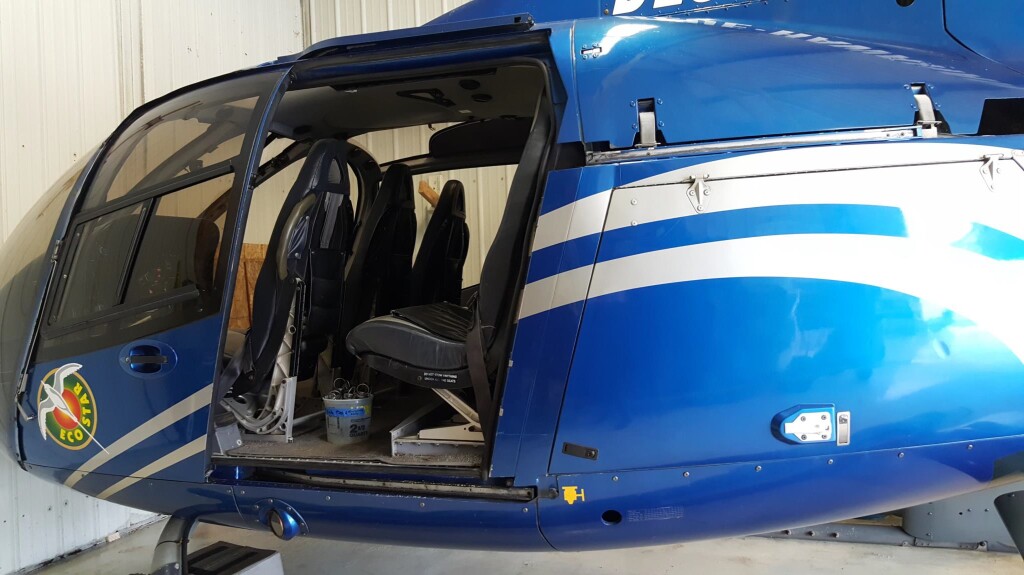 The US National Transportation Safety Board (NTSB) explain in their safety investigation report (published 24 June 2021) that this was the second RTB flight of the day from Hilo International Airport (ITO), Hawaii.  The first was abandoned due to issues with the RTB equipment.  Before the second flight…

…the pilot conducted a walk-around inspection of the helicopter, during which he visually checked to ensure all the doors, cowlings, and equipment were closed and secured.

The pilot, who had 10,014 hours of flying experience, 2122 hours on type, was sat in the left front seat.  The passenger, a maintenance apprentice was sat in the right front seat.  After gathering the RTB data the helicopter was en route back to ITO when the pilot lowered the collective to decelerate and began a slow descent.

He then heard the left-rear sliding door suddenly slide open. The pilot looked back and saw the door off the helicopter in midair. He stated that he turned his head forward, then heard a loud noise and felt a jolt. The helicopter began to vibrate but remained controllable. The pilot initiated a precautionary landing onto a grass field.

The field was part of the historic Shipman Estate (originally leased in 1856 by King Kamehameha IV to William Reed for cattle pasture).

He indicated that the door appeared to have struck two main rotor blades and that he thought the door fell into the ocean.

The apprentice concurred that “the door suddenly opened and separated from the helicopter”.

RTB cabling had been re-routed between the two flights to cure the RTB system problem.

The NTSB comment that the EC130 has “a sliding rear door on the left side” and there is a ‘plastic’ doorstop or ‘latch’ located on the baggage bay door.

A review of the helicopter’s maintenance records [by the FAA] revealed no previous door-related issues.

Examination of the helicopter revealed that…

…two of the three main rotor blades exhibited dents and scratches across their undersides, generally initiating at or near the leading edge and propagating aft along the chord of the blade. 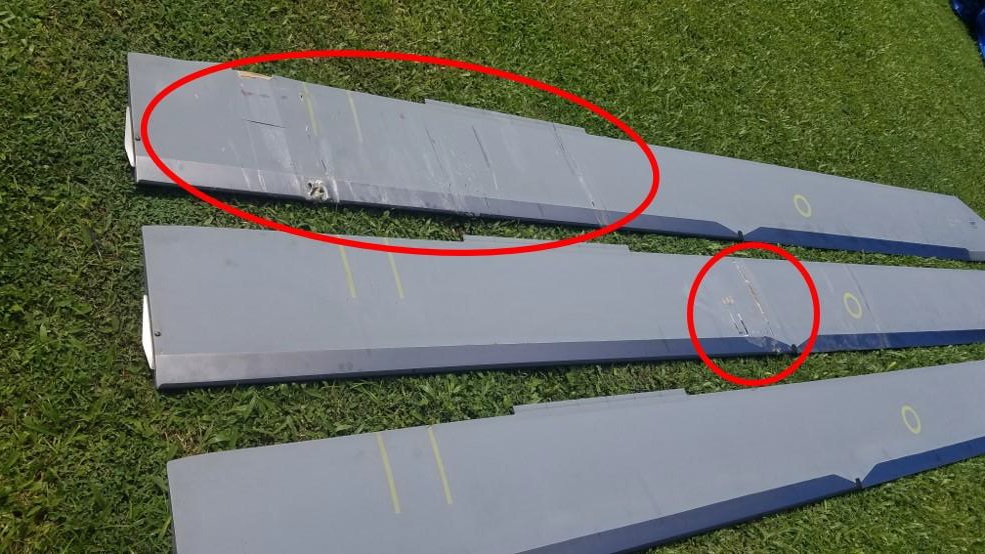 Examination of the operator’s photographs and reports from the director of maintenance revealed that the helicopter’s left sliding door tracks and door latch assemblies were normal and unremarkable. The plastic latch on the fuselage was damaged, and a portion had separated from the fuselage. 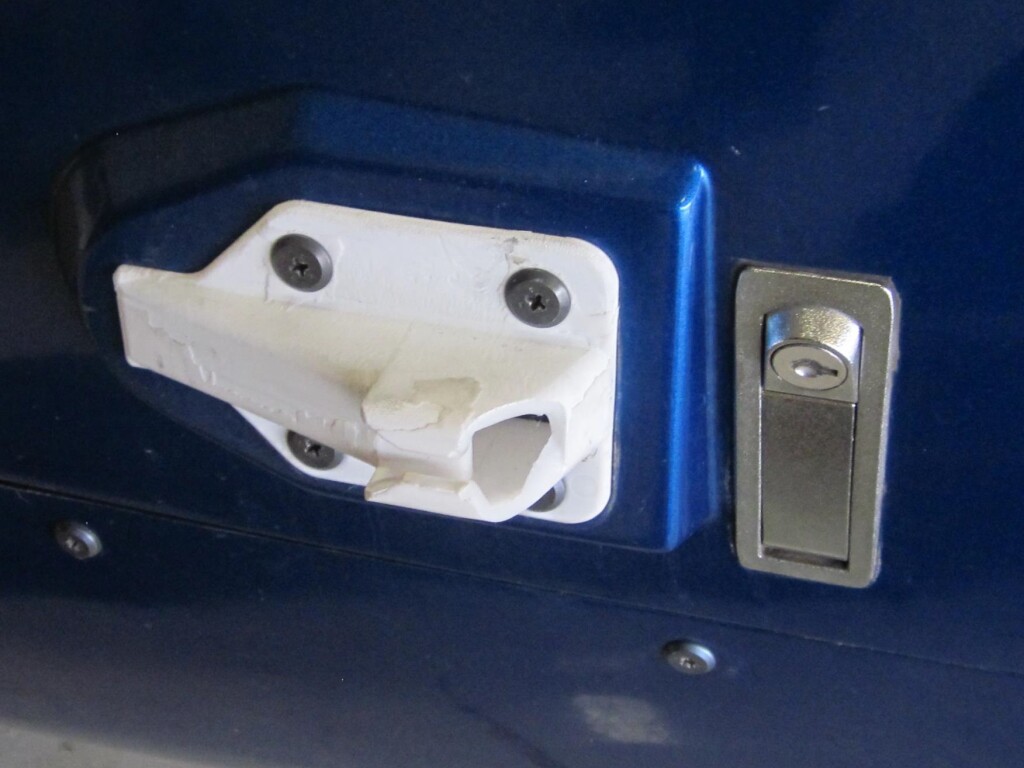 The sliding door was not recovered, thereby preventing examination of the door and its locking components.

The ASB indicated the check should be conducted with a spring scale and described an in-flight opening and loss of a sliding door as the reason for the bulletin.

Since [AD 2019-0001] was issued, it was determined that a design deficiency was a contributing factor to these occurrences and, prompted by this finding, AH developed MOD 075105 to improve tightening of the sliding door latch. Consequently, AH issued the modification ASB to provide instructions to modify the installation of the sliding door receptacle. This modification has been determined to provide terminating action for the repetitive visual inspections as required by EASA AD 2019-0001.

The separation of the left sliding door in flight after it opened for reasons that could not be determined based on the available evidence, which resulted in damage to the main rotor blades.