Whilst descending through 500 ft and turning onto final approach for George Town Aerodrome, the pilot felt that the tail rotor pedals were not producing the correct yaw response, so he aborted the approach and informed ATC he would be returning to Owen Roberts International Airport. On the approach to the latter he tested the directional control, which did not respond correctly, so he informed ATC that he planned to conduct a run-on landing…

The pilot carried out a successful run-on landing on Runway 26, having rejected the grass alongside as too soft for a safe run-on landing.  None of the 5 persons on board were injured.

During examination of the helicopter it was found that the TGB [tail gearbox] actuating rod (part number 350A27191003) had ruptured at the aft end. 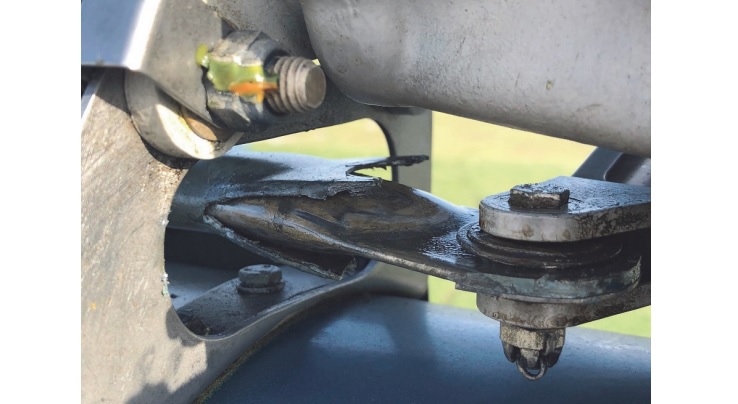 [This rupture] was associated with the uncoupling of the steel sleeve inside the external aluminium alloy tube. An anomaly in the internal structure of the material of the rod was identified, along with the presence of cracks in a cold worked area.

The manufacturer reported that this was the first such event on the AS350 that they were aware of.

As a result of these findings, on 20 March 2019 the EASA issued Airworthiness Directive 2019-0060, mandating [sic] dye penetrant crack checks of TGB actuating rods on affected AS350 and AS355 helicopters.