After nearly 8 years and 8 months Austrian accident investigators from the Sicherheitsuntersuchungsstelle des Bundes (SUB) have released their report into Interior Ministry Airbus Helicopters EC135P2+ police helicopter, OE-BXF, that impacted Lake Achensee on the morning of 30 March 2011.  All 4 occupants were killed. 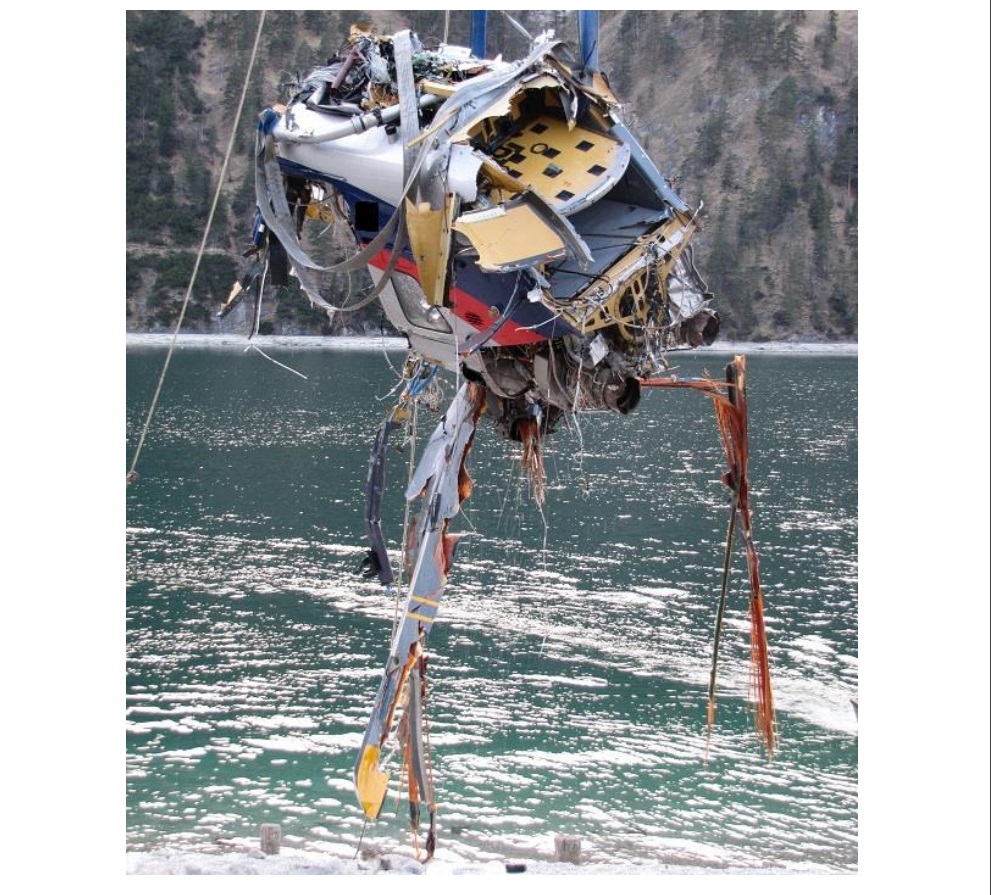 The helicopter arrived in the vicinity of the village of Achenkirch, north of the lake, just over 30 minutes after departure from Innsbruck.  The weather was good and winds were calm.

It made a 270º turn in the eastern area of the village before flying south west towards the Christlum Achenkirch Achensee ski resort.  The helicopter was at this time approximately of 250 to 500 ft AGL.  The helicopter then flew to the south, manoeuvred hard, descended and crossed over the shore of the lake at a ground speed of c 134 kts. The helicopter impacted the lake shortly after. 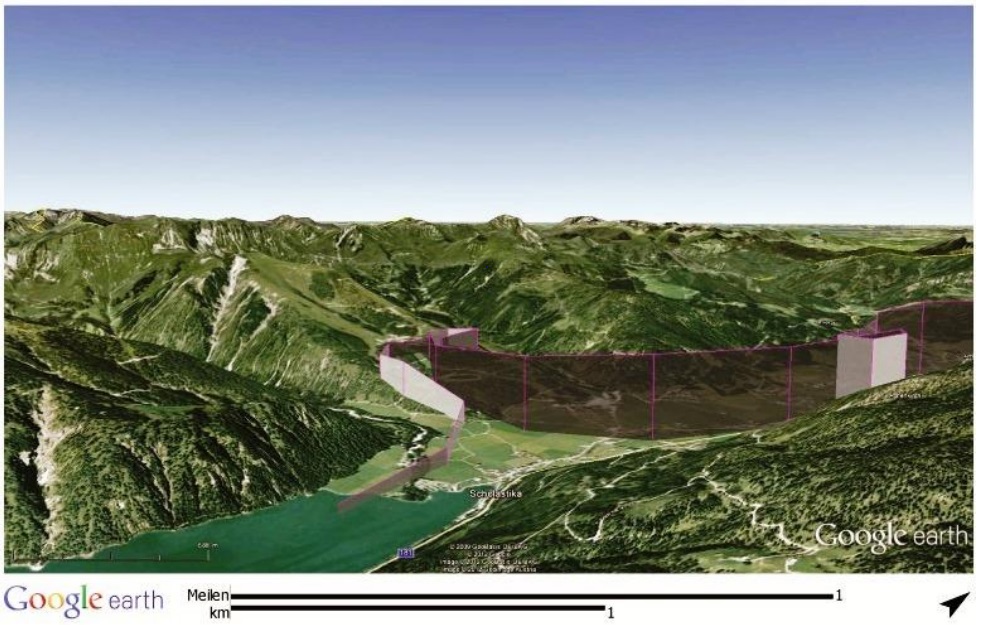 The helicopter was equipped with neither an FDR nor CVR but the EURONAV mission system and aircraft Usage Monitoring System (UMS) were downloaded.

In addition, the innovative Immersive Witness Interview application from IWI was used to collate and plot the observations of three witness.  This was especially valuable in reconstructing the last 9 seconds of the flight for which data was missing (although in fact the witness data was analysed by IWI even before any data had even been recovered from the aircraft).

The investigation concluded the pilot misjudged height when flying low over the glassy surface of the lake.  An IWI reconstruction shows the likely reflections on the lake’s surface.  No operational reason was determined for the low flying.  It does not appear the RADALT was referred to and procedures did not require its use. 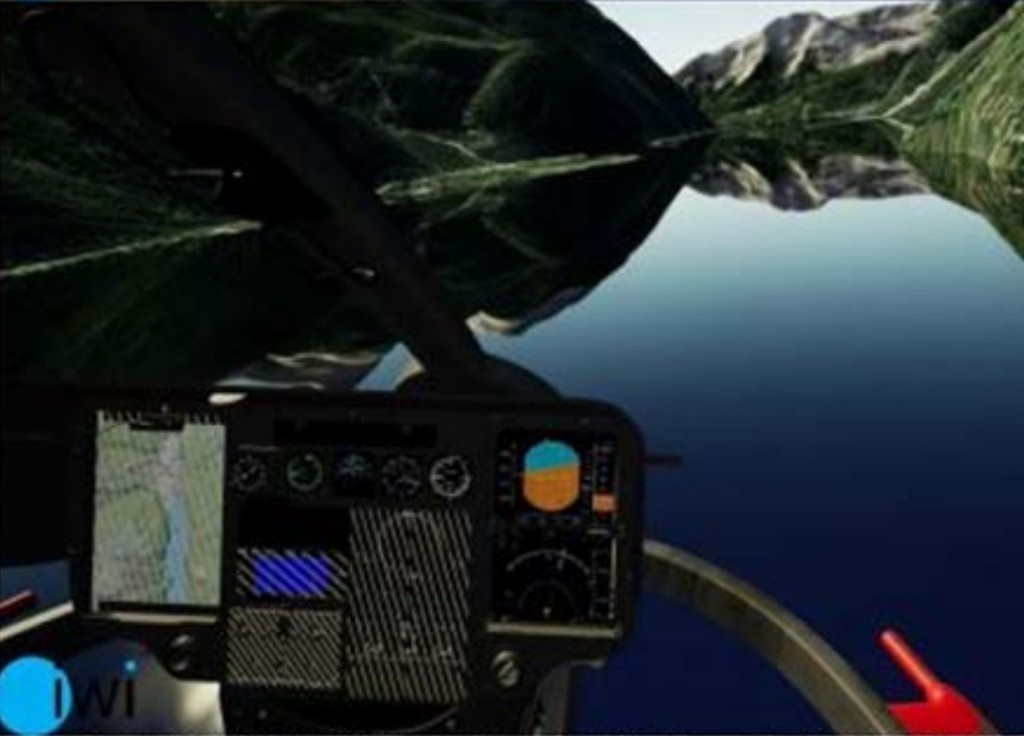 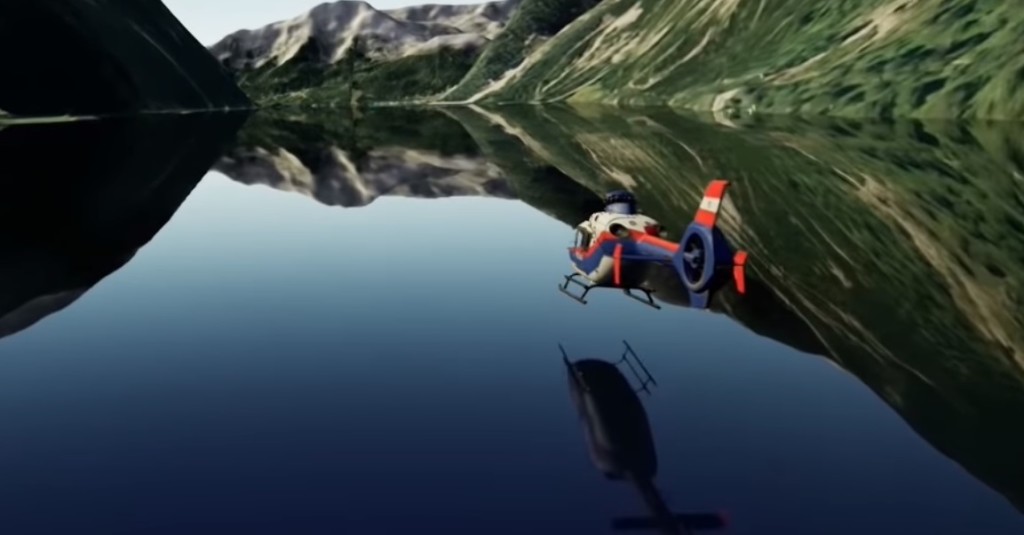 We have previously written about other accidents where IWI has proved valuable: For Rotors Grease is the Word

A similar accident occurred in New Zealand to Hughes 369 ZK-HXZ in 2012 (discussed in an NZCAA accident report).