On 24 March 2018 Air Glaciers HEMS Airbus Helicopters EC135T1 HB-ZIR crashed on its third flight of the day in connection with the rescue of an avalanche victim, on the Col du Grand St-Bernard in Switzerland. 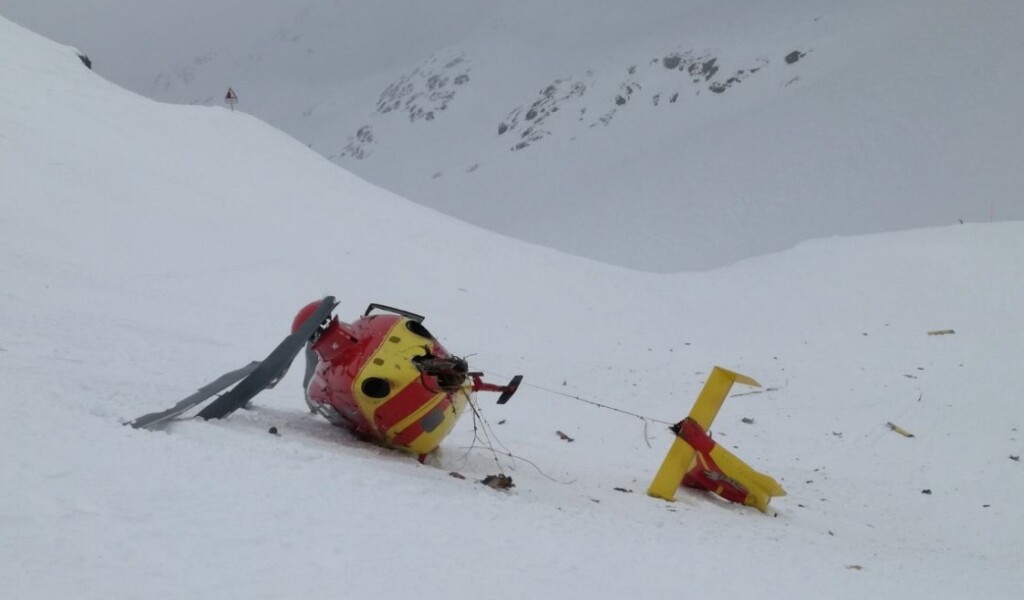 The Swiss Safety Investigation Board (SUST) explain in their safety investigation report (issued 28 September 2020 in German) that an avalanche search dog, its handler and a mountain guide were unloaded in car park in Grand St-Bernard at c 8000 ft AMSL.

The helicopter was then to make a return flight to Sion. The pilot and a Technical Crew Member (TCM), who was also a paramedic, were on board.  The pilot was 55 and had 13,030 flying hours experience in total, 575 on type.

Visibility was poor with low-lying clouds with a cloud base that was only 100 ft above ground at times. The wind was blowing from 280 degrees at 15 kt, gusting 20 kt.  The pilot choose a traffic sign which protruded from the snow c 140 m away as a visual reference.

HB-ZIR took off shortly after 09:30 and the pilot checked various parameters while hovering. After all technical parameters had been checked by the pilot, the helicopter flew in the direction of the reference point in slow forward flight…estimated to be the speed of a person running.

Shortly afterwards, the TCM noticed that the machine was approaching the ground. He then called to the pilot, who was focused on his reference point, to pull up. But before he could react HB-ZIR collided with the ground and overturned in the snow. The main rotor cut through the tail boom and three of the four rotor blades separated from the main rotor head.

The helicopter came to a standstill on its left-hand side, facing the direction of flight, on rising terrain. 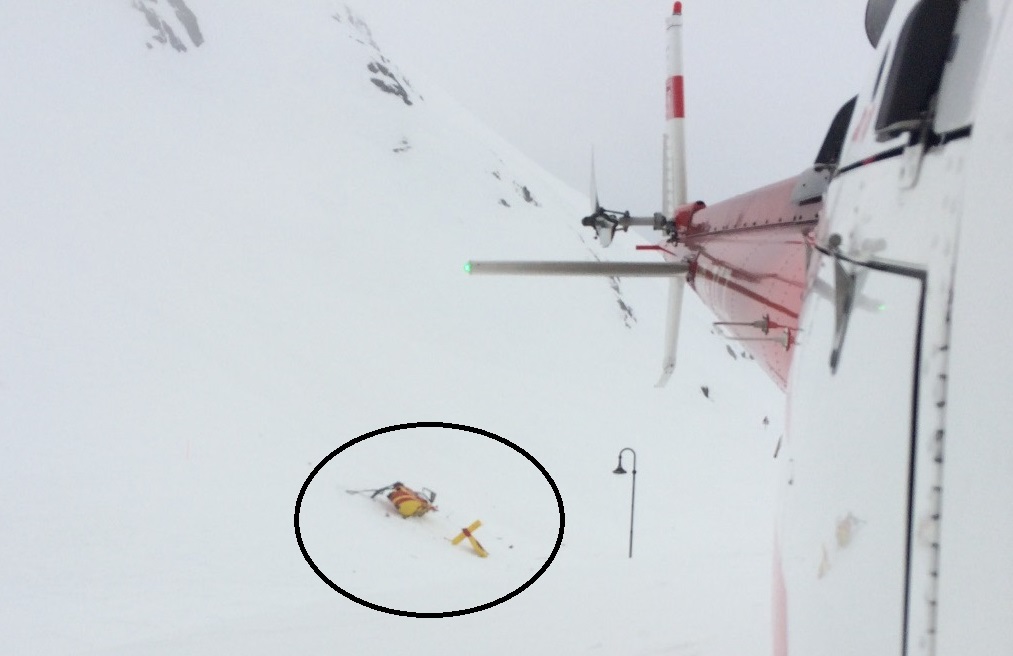 Wreckage of Air Glaciers Airbus Helicopters EC135T1 HB-ZIR at Col du Grand St-Bernard: Taken From a Nearby Helicopter Shortly After (Credit: via SUST)

Both occupants were uninjured.

There are no indications of technical restrictions that could have caused or influenced the accident.

…the pilot did not recognize the approach of the helicopter to the terrain during take-off over a blanket of snow with no reference to the terrain.

The TCM’s warning came too late to act.

The gusty tailwind contributed to a descent that was more pronounced than anticipated by the crew.