On 11 February 2019 Bell 206B PT-HPG, operated by RQ Serviços Aéreos Especializados, suffered an engine power loss while en route from the Royal Palm Plaza Helipad (SSQW) to the Campinas to the Bandeirantes Helipad (SDBH) in São Paulo, Brazil.  Investigators of the Brazilian Centro de Investigação e Prevenção de Acidentes Aeronáuticos (CENIPA) explain in their safety investigation report, issued on 29 October 2020, that CCTV footage showed that the pilot attempted to autorotate alongside the Rodoanel Mário Covas highway.

However, the aircraft descended the two bridges and was hit prior to touch down by a truck travelling on the access road to the highway, shortly after leaving a toll plaza. 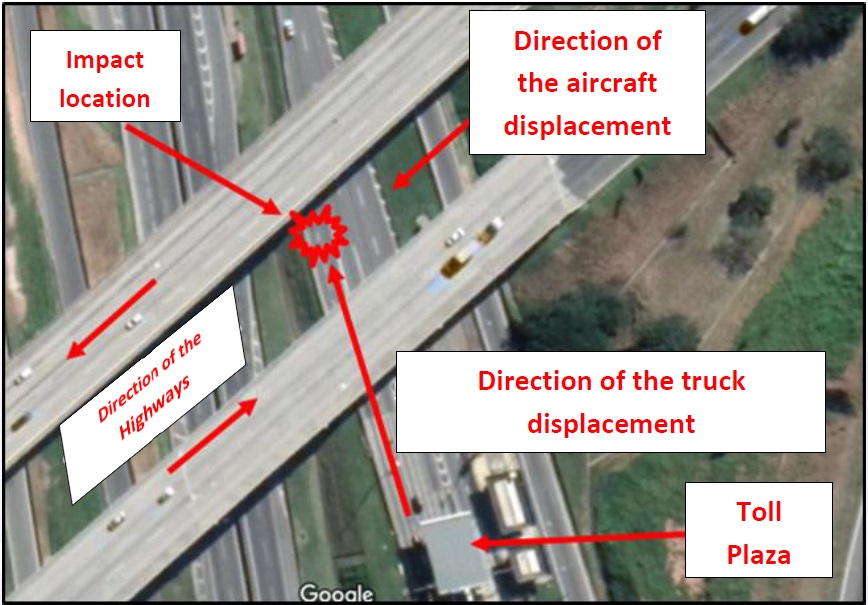 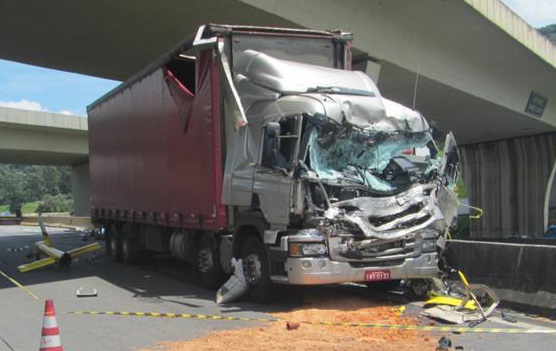 Remarkably, the truck driver was uninjured.  The pilot and the passenger, journalist and news anchor Ricardo Boechat, both died. 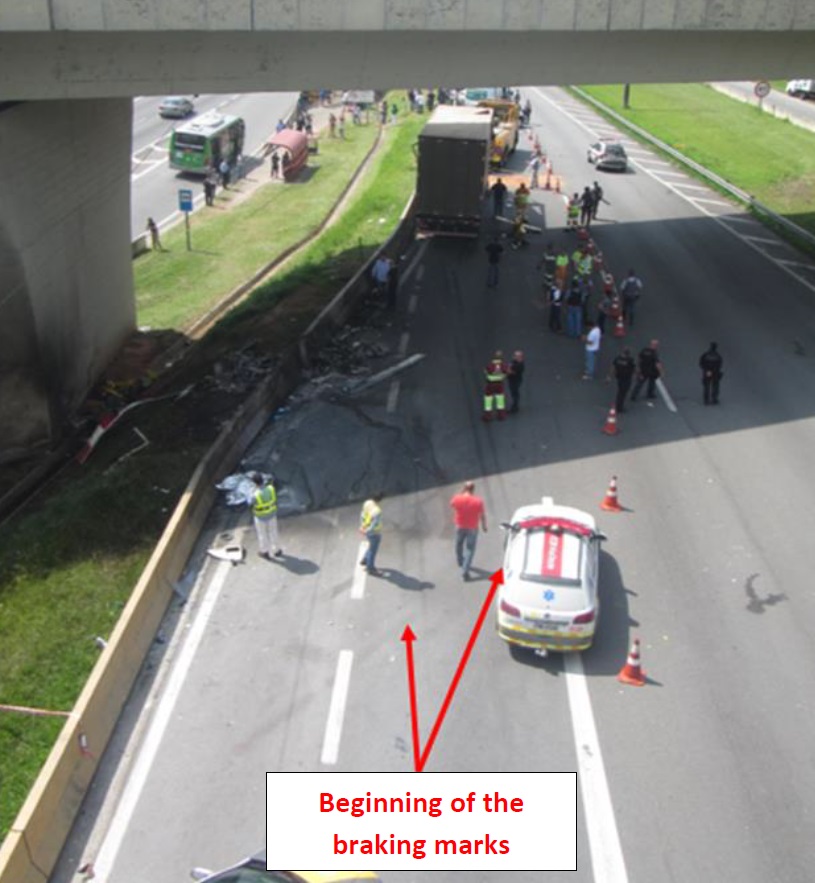 Much of the helicopter was destroyed in a post-crash fire.

It is reported that Ricardo Boechat was on his way back to the head office of the broadcaster BandNews FM in São Paulo after speaking at an event for pharmaceutical company Libbs.  The flight had been arranged by contracted by Zum Brazil, an event company, working for Libbs.

CENIPA determined that the weather was suitable for VFR flight.  They believe that the pilot was aiming to autorotate on to an area of grass between two carriageways. 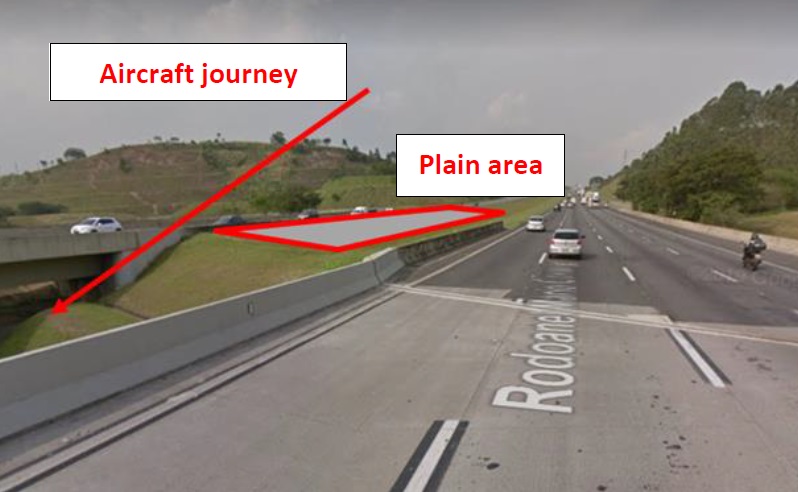 However, the aircraft overshot that area and descended between the two bridges onto the road below. 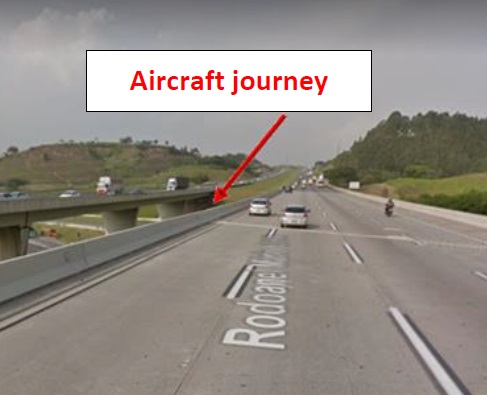 The aircraft was hit on its left side, in flight, by a truck…and broke into four parts: Main Gearbox (MGB), blades, engine, fuselage and tail boom. 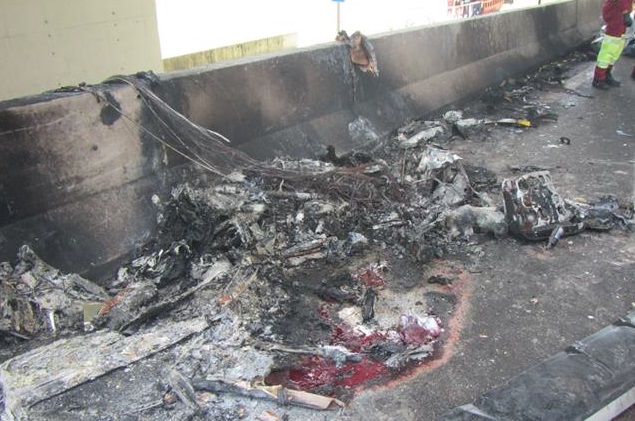 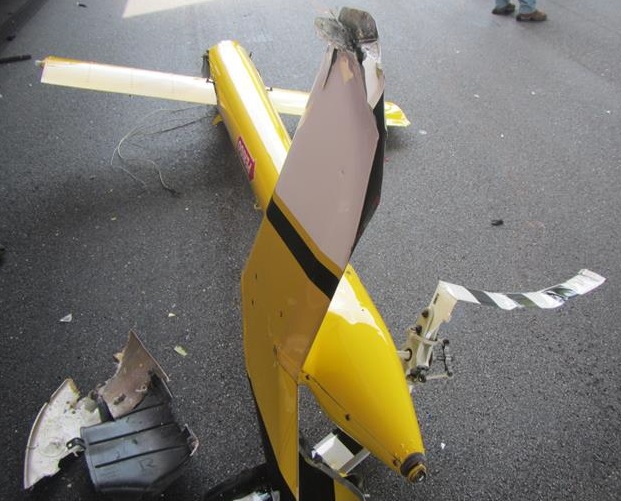 The Tail Boom of Bell 206B PT-HPG Escaped the Post-Crash Fire (Credit: CENIPA)

Although the aircraft’s fuel was destroyed in the fire, fuel contamination was ruled out after sampling the airport bulk fuel system and the bowser at the airfield the helicopter was last refuelled.

During the separation of the compressor section and the Gearbox, bearing nº 2 was found locked and with the ball separator fractured in several parts. 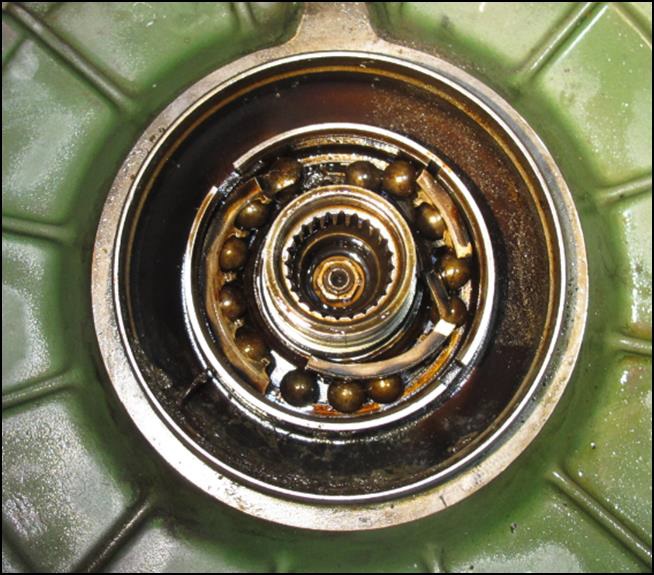 It was possible, through the markings on bearing nº 2, to identify that it was a Parts Manufacturer Approval (PMA) component, with design and production approved by the FAA, manufactured by Timken Alcor Aerospace Technologies Inc [owned by Kaman since 2015].

It was not possible to identify when this bearing was fitted.

The Bearing nº 2 was subjected to stereoscopic examinations…and it was evidenced wear and loss of material in the external and internal bearing races. 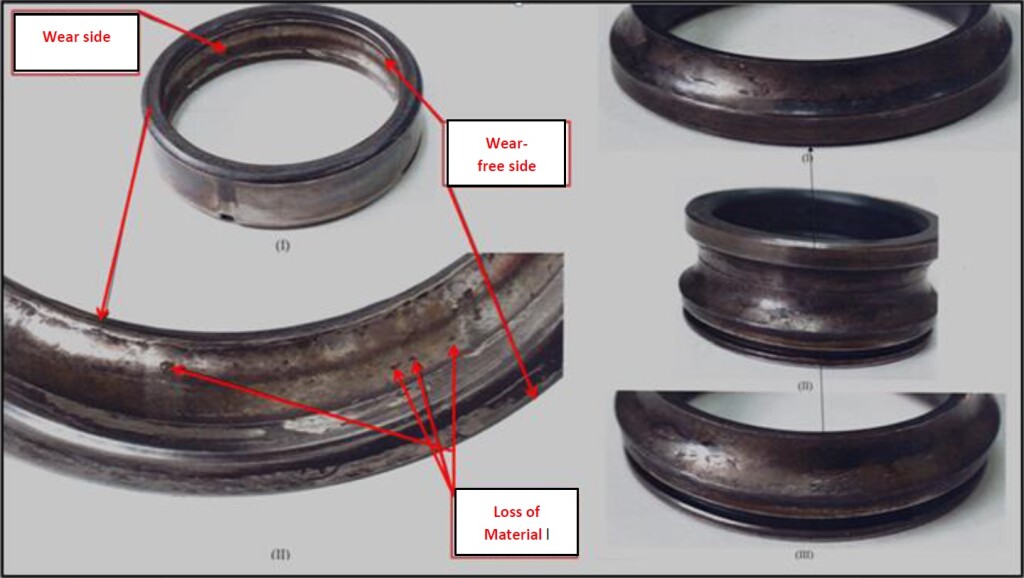 Wear on Races of Number 2 Engine Bearing from Bell 206B PT-HPG (Credit: CENIPA)

Fine metal powder was found in the filter and both engine Magnetic Chip Detectors “contained a significant amount of apparently ferrous material”.  The debris was tested and consistent with M50 bearing material.

The oil delivery tube, P/N 6851505 and S/N BN 13509, was visually inspected and it was found that there were residues of foreign material in the orifice responsible for supplying oil for lubrication of bearing nº 2. 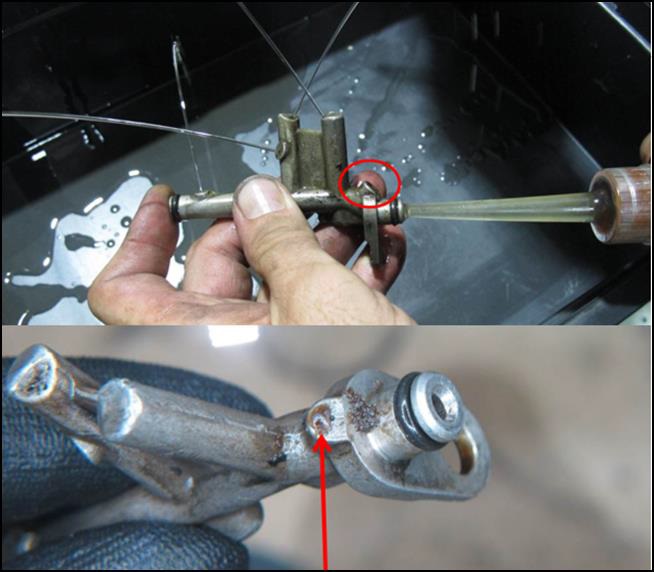 A test was carried out, introducing oil at low pressure, and it was verified that there was no fluid coming out of the hole that directed the lubrication to bearing nº 2.

During the investigation, despite requests made to the operator, it was not possible to locate and access the entire maintenance records of the PT-HPG aircraft.

They were able to access some records but noted that:

Such information raised doubts about all maintenance records for the PT-HPG aircraft, leading to the need of consulting the records made available by the ANAC and by different Maintenance Organisations that performed services for the operator.

They were able to determine that…

The aircraft was inspected by ANAC in May 2017 and deemed ‘non-airworthy’.  Among the non-conformities identified was that the “3,500-hour inspection of the S/N CAC 30992F compressor [module] was overdue”.  Consequently a replacement compressor module (S/N CAC 31284) with a TSO of 0 was fitted, and having supplied evidence the other issues had been addressed, in August 2017 ANAC permitted the aircraft to fly.  Ten weeks after that compressor module S/N CAC-30992F was reinstalled by maintenance organisation WM Helicópteros but CENIPA say they found no evidence that it had been overhauled in the interim, although the logbook claimed a TSO of 373.3 hours.

The pilot was one of the owners of RQ Serviços Aéreos Especializados, a company with 5 employees.  His pilot log book was not found.  CENIPA say he had personally negotiated the charter contract.  The aircraft was “performing a non-scheduled public air transport flight in the air taxi mode”, but the operator did not hold an RBAC 135 air operator certificate, though CENIPA note they advertised passenger flights on their website.  The company was only approved to conduct aerial work. CENIPA report that:

The company’s operational coordination became aware of this charter one week before the scheduled date. According to the interviewees, accepting jobs outside the company’s operational specification was not the pilot’s usual behavior.  However, people close to him reported that the acceptance of this air taxi flight might have occurred for financial reasons, as the company was in low demand for jobs at the time, flying about 3.5 hours a month, which left the pilot worried.

…it is possible that the Company’s financial situation has fostered, over time, the adoption of attitudes and practices that differed from the rules and procedures prescribed…

CENIPA are critical too of the pilot leaving the helicopter while it was rotors running to board the passenger at the Royal Palm Plaza Helipad.

After the accident, the regulator, ANAC, suspended the company’s aerial works approval.  It is reported that in 2011 they had been fined for previous passenger flights.  In a press release after the accident Zum Brazil stated they had only checked “the Airworthiness Certificate and the aircraft Annual Maintenance Inspection”.

Bearing nº 2 failed due to insufficient flow of cooling and lubricating oil. As a result of this failure, bearing nº 2 no longer axially positioned the compressor rotor, allowing contact between the impeller and the compressor housing. The contact of the rotating part with the static part caused a drag in the N1 system and a disruption in the engine airflow, leading to loss of power in flight.

An unairworthy compressor module, last overhauled in 1988 had been refitted in October 2017.

…the various aspects raised during the investigation revealed flaws in the organizational culture related to operational safety, from the sale of flights for which the company was not certified, to deficiencies in the maintenance processes.  Thus, the company, throughout its operation, adopted conducts that generated unacceptable risk conditions for the activity, showing vulnerabilities that contributed to the accident.

ANAC launched a new website and app in 2019 to give potential charterers a means to check if am operator was approved for passenger transport and so “curb the practice of clandestine air taxi”, otherwise known as “grey charter”.