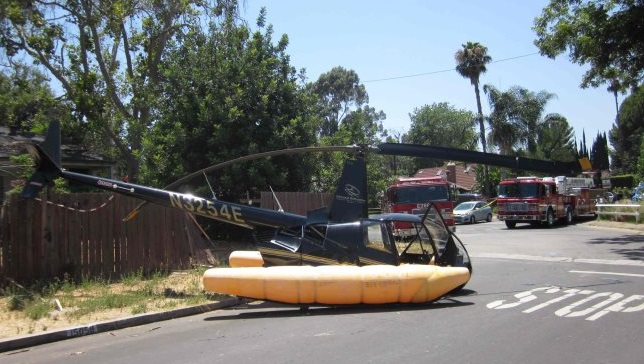 The National Helicopter Service and Engineering Company were operating the R44 on a 1 hour Part 91 revenue sightseeing flight around the Los Angeles area.  The pilot sustained minor injuries but the three passengers were seriously injured.

The US National Transportation Safety Board (NTSB) say in their safety investigation report that:

The pilot reported that the tour was uneventful, and as they approached the airport for landing, he heard an unusual sound. He glanced down at the engine tachometer, and it was higher than normal, indicating above 110%.

The pilot began manipulating the engine throttle to reduce power and bring the engine and rotor speeds into alignment, but the rotor RPM began to decay. He was concerned that the engine might overspeed if he adjusted the throttle higher, and presumed that there was likely an unrecoverable failure in the transmission system, so he initiated an autorotation. 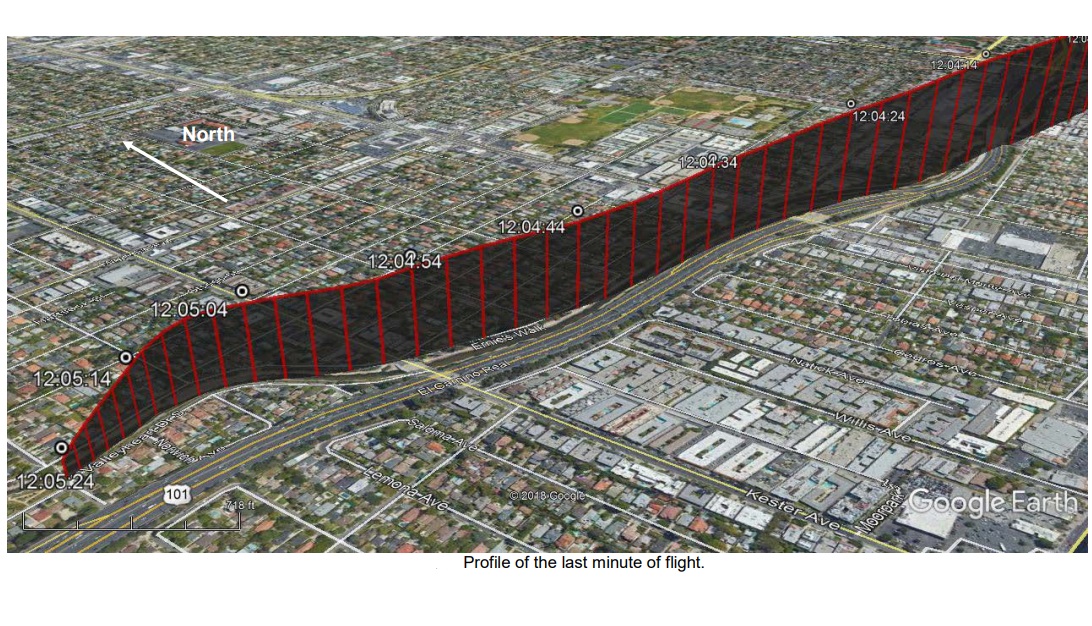 The pilot stated that at no point during the flight did he receive any instrument panel annunciations or indications of a problem. He did not scan the instrument panel during the descent because his focus was on flying the helicopter and looking for a landing spot.

He stated that trees and power poles blocked his landing approach, and he therefore did not have sufficient speed or space to perform an adequate flare, and the helicopter landed hard.

He reported that the engine continued to operate during the descent…

The helicopter came to rest on a street in a densely populated residential neighbourhood.

The landing skids had spread during the impact, and were level with the belly, and the emergency…floats had deployed. The floats had been armed for the flight, and they appeared to have deployed during the hard landing.  The entire airframe exhibited buckling damage, and the belly was crushed. The tail rotor gearbox struck a fence, and had partially detached. Both main rotor blades remained attached to the mast, but one was bowed downward and the other was bent slightly upward.

The pilot commented that…

…although he has trained for emergency events, he was shocked at how quickly everything transpired.

The helicopter was equipped with a “Tourmaster” GPS enabled video recording unit, manufactured by Rugged Video LLC. The unit was typically used by air tour operators to record video, audio, and GPS data for customers as a memento of their flight.  Review of onboard video and a spectrographic analysis of the recorded audio revealed that the engine rpm initially decreased but then appeared to be restored a few seconds later while the helicopter slowed. For about the next 40 seconds, the engine continued to operate at the same rpm and the helicopter continued to slow and gradually descend. The engine rpm then quickly decreased, and the helicopter rapidly descended in a manner consistent with the pilot initiating an autorotation.

Examination of the helicopter…

…did not reveal evidence of any mechanical malfunctions or failures that would have precluded normal operation, and witness signatures indicated that the engine was producing power at the time of ground impact.

However, a wire within the right magneto, which provided a signal to both the engine governor and engine tachometer on the instrument panel, was found detached at a solder joint where it had been soldered to the connector rather than crimped. 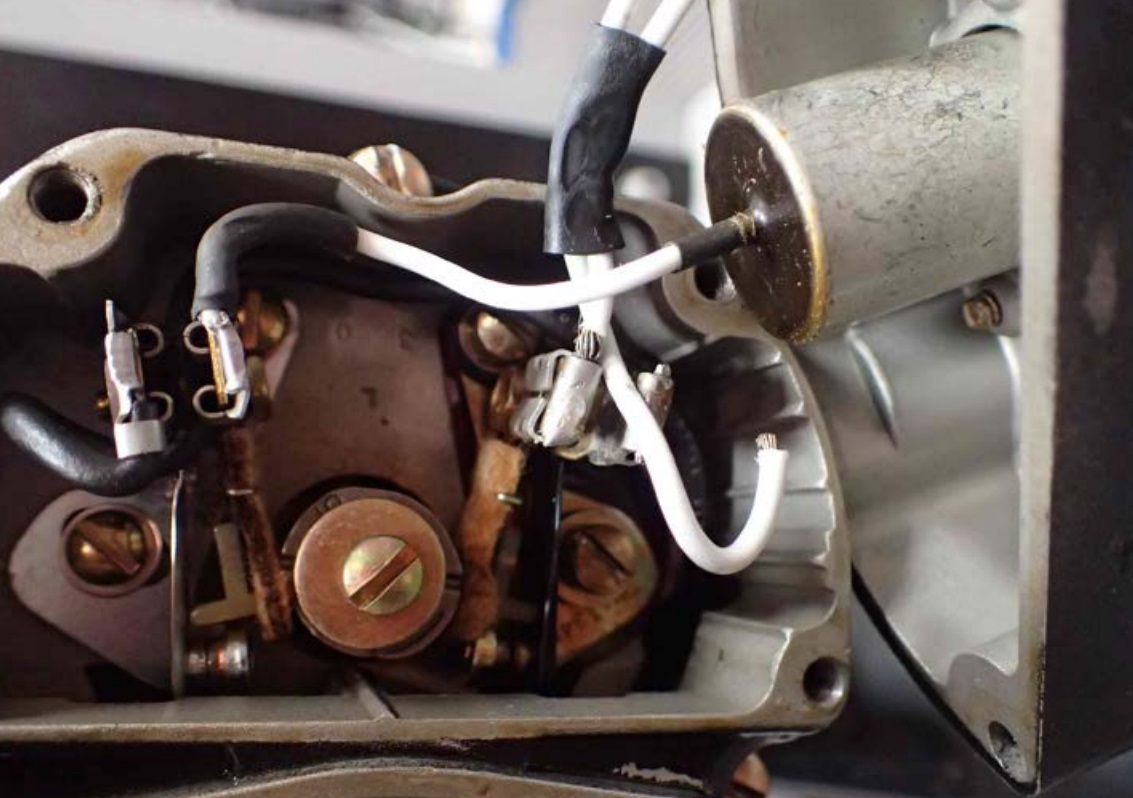 Further, neither the wire nor its connector was aviation-grade. The investigation could not determine when the modification to the wire was made. 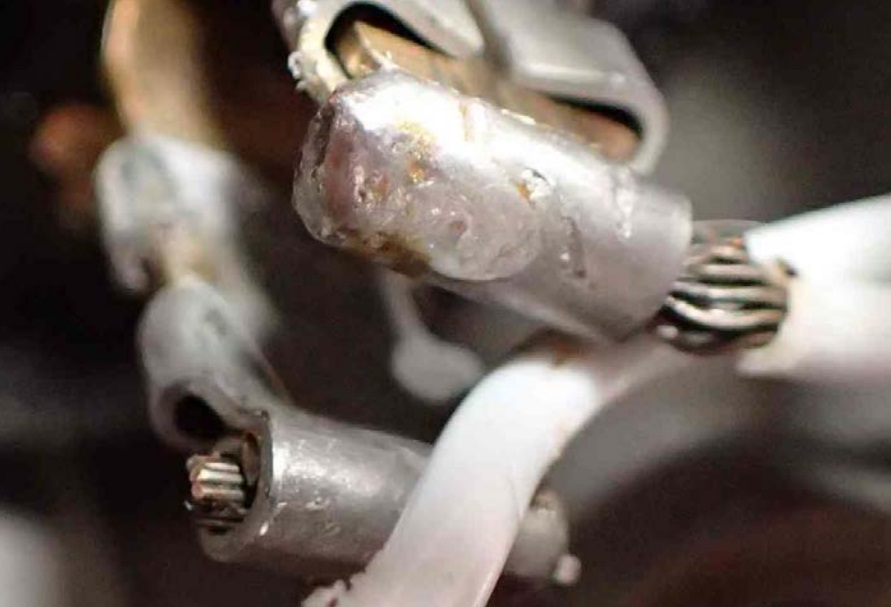 The detached wire would have resulted in both the tachometer and governor not receiving a correct engine rpm signal. As a result, the engine governor would not have been able to make appropriate adjustments to engine power as demand changed, and the pilot would not have had a way to gauge engine power and make corrective manual throttle inputs.

The pilot’s statement that the tachometer rpm increased does not match a scenario where the wire completely detached. However, it is possible that the event was initiated when the wire remained partially connected and thus created a spurious increase in signal frequency to the tachometer and governor due to vibrations. Thus, in this scenario, the tachometer would read higher than normal and the engine rpm would decrease as the governor tried to compensate for the high engine rpm signal.

The Helicopter’s Operating Handbook provided separate procedures for the failure of the engine governor and tachometer but not for the failure of both. Because the engine governor control system and engine tachometer both share a common speed signal source and thereby a common failure point, this dual failure left the pilot with a confusing set of cues and no definitive procedures for corrective action. In addition, the helicopter’s low rotor rpm warning horn was not working, but the low rotor lamp was working. This failure would have resulted in another set of contradictory cues for the pilot to process, further compounding the confusion he was likely experiencing during the high-stress event.

In relation to prior maintenance:

…about two weeks before the accident the rotor and engine tachometer needles were intermittently binding against each other…  The tachometer was therefore replaced at the 100-hour inspection. However, as soon as they started the helicopter, neither the engine tachometer nor the governor worked. They performed some troubleshooting steps and determined the right magneto, which contained the tachometer breaker points, was the problem, so they replaced the magneto with a unit loaned by a maintenance facility in Oxnard. It was their understanding that the replacement magneto had accrued about 5 hours of total time since overhaul.

Maintenance records indicated that the inspection and magneto replacement was complete on July 7, 2017, 26.2 flight hours before the accident.

Both mechanics from National Helicopter Service stated that they did not replace the tachometer wires at any time, and the owner of the maintenance facility who loaned the magneto stated that he was not aware of the cables ever being replaced while the unit was in his possession, and added that he would not have used solder to connect the wires.

During the investigation, the right magneto was taken to the facility who performed the last overhaul. The owner of the facility inspected the magneto, and confirmed that the breaker points cable and spade connectors were not the type he used, and that the cables were longer than standard. He then provided exemplar copies of the cables and connectors, and demonstrated how the tachometer points are typically assembled and wired. None of the methods matched those observed in the accident magneto. He stated that wires were always crimped, and solder was never used.

The NTSB did not identify when the solder repair had been conducted or by who.

An improper repair of the right magneto’s tachometer and governor signal wire, which failed during cruise flight. Contributing to the accident were the design of the helicopter, which allowed for a single failure to affect both the engine tachometer and governor control system, and the lack of guidance on how to address the simultaneous failure of both.

No safety actions are reported and no NTSB safety recommendations are made.