On 26 September 2017 Hughes (later MD) 369D SE-JVI was being used for power line inspection on behalf of energy company Vattenfall, by the First European Aviation Company when it suffered a sudden power loss and impact with the ground that killed one occupant 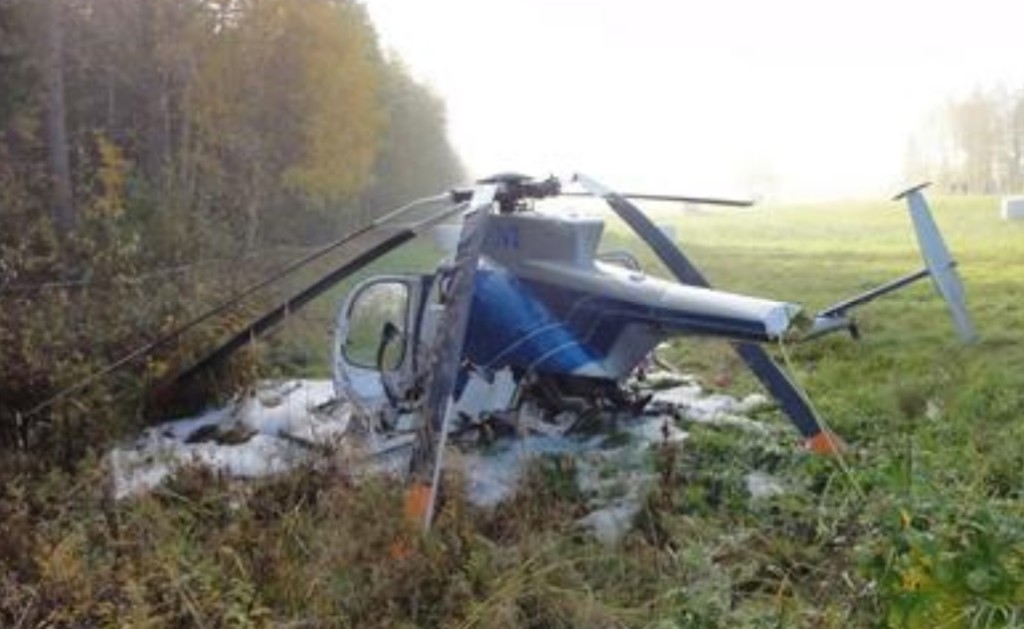 The Swedish Accident Investigation Authority, the SHK report that:

The helicopter was equipped with a system to measure, photograph and present the status of the power line network and the surrounding terrain by means of advance data processing. The system allows for flying at a higher altitude and greater speed than in traditional power line inspection, where the operator carries out an optical inspection while flying close to the power line at low speed.

The systems operator held a CPL-H and rather unusually (for a civil aircraft) was regarded as the aircraft commander and was acting as Pilot Monitoring.

Shortly after take-off from Älvsbyn/Högheden Airport [shortly after refuelling after the first sector of the day], at a height of about 80 metres above the ground and a speed of 67 knots, they started to rapidly lose both altitude and speed. Twelve seconds later, the helicopter collided with the ground at the side of a grass field behind a building and near the edge of a forest.

The helicopter sustained substantial damage, but no fire broke out. 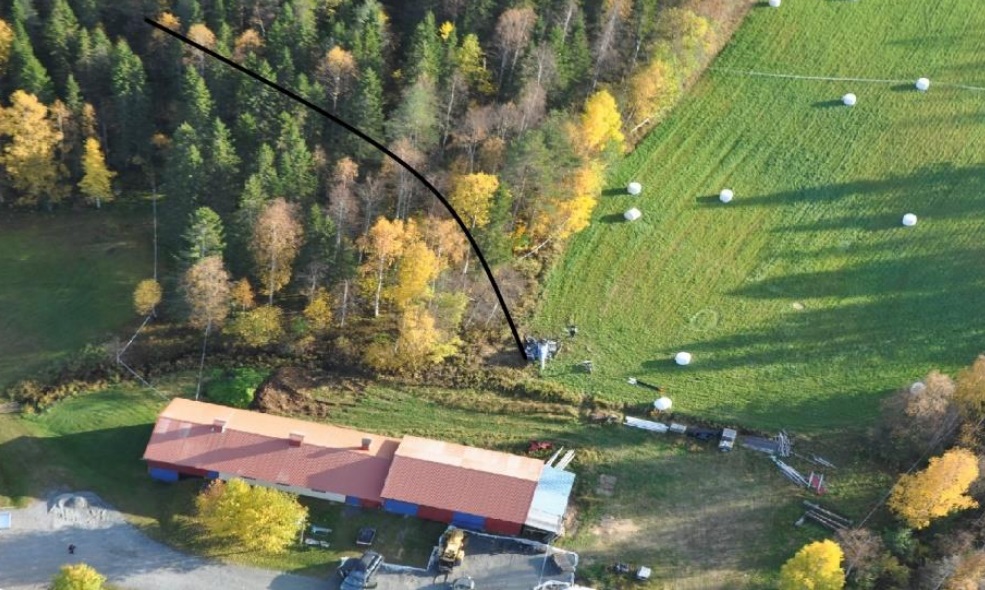 The systems operator was killed and the pilot was seriously injured.

Examination of the accident site showed that the helicopter “had a descent angle of approximately 70 degrees, close to zero forward speed and very low rpm in the main rotor and tail rotor, combined with an exceptionally large coning angle of the rotor disk at some point during the sequence”.

These findings indicated that the engine stopped supplying power during the flight. The technical investigation showed that a [B-nut] fitting to the gas generator fuel control unit had come loose during the flight….

The relatively low speed and altitude, in combination with a heavily loaded helicopter, meant a briefer autorotation than those practised during training.  The Pilot Flying also had just 67 hours on type (though the system operator had 698 hours on type).

For this reason, the crew did not reach the landing site without utilising the available rotor rpm at an early stage, which lead to a hard collision with the ground.

The high vertical speed of some 2000–2400 feet per minute (10–12 m/s) and low or zero forward speed at the time of the collision means that the helicopter was subjected to forces which exceeded what it was designed [for].

…it took 1 hour and 40 minutes before the crashed helicopter was located by the rescue services and medical resources arrived at the scene, despite the helicopter’s ELT starting to transmit at the time of the accident.

…it was discovered that the pipe that supplies reference pressure (the ‘reference pipe’) from the engine compressor to the free turbine regulator and the fuel control unit had come loose from its fitting. 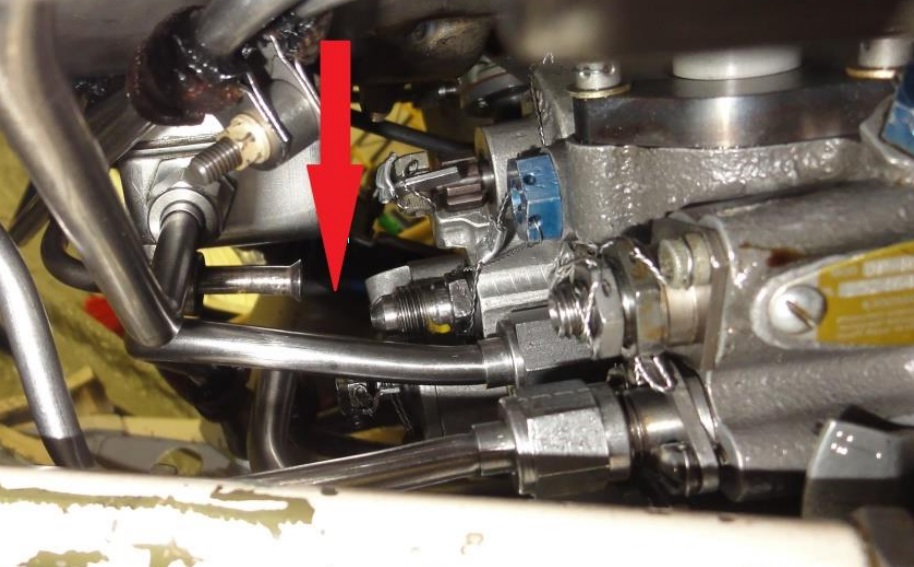 The threads of the pipe nut and the fitting were intact, which indicates that these had come apart prior to impact. The investigation noted that another pipe nut in the same pipe system was also loose, but it had not been completely dislodged.

The last known maintenance on the fuel control unit, when the connection unit (Filter Assembly) was fitted, was carried out on 29 September 2015 according to the identification plate on the fuel control unit. The safety wire on the connection unit was sealed with the marking H S P.  The last known maintenance carried out that had an impact on the pipe nut that dislodged from the fitting was a replacement of the free turbine regulator on 18 July 2017.

During the engine investigation, it was established that another pipe nut in the same piping system had an inadequate tightening torque.

When torqueing a pipe nut, the torque wrench needs to have either an open-end or a flare-end extension. The centre of rotation for both of these adapters is offset in relation to the centre line of the torque wrench. 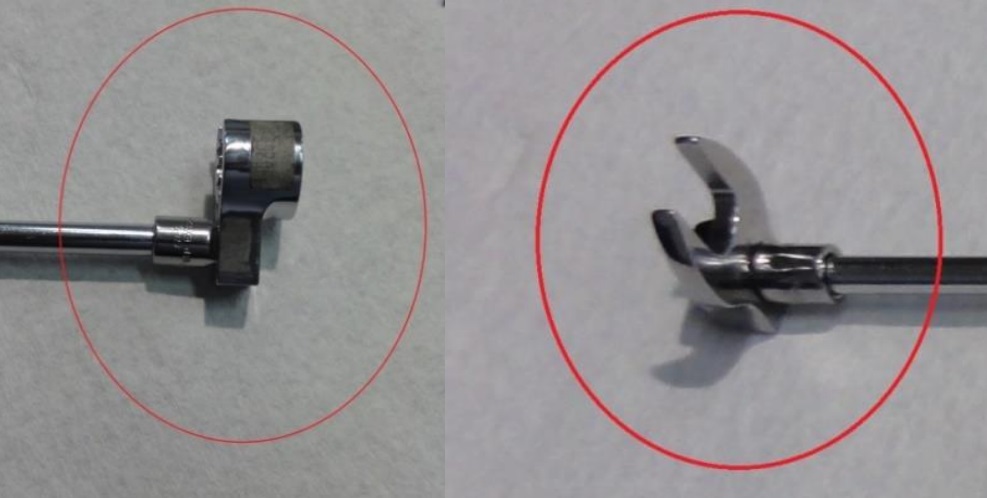 When working with an offset torque measuring point, the torque needs to be configured, taking into account the length of the offset as well as the point where the force impacts on the torque wrench.

At the time of SHK’s visit, the operator maintenance organisation had access to both types of adapters. However, the open-end adapter can cause an unwanted movement of the tool, meaning that the torque wrench extension is not parallel to the pipe and the nut, which in turn can lead to an incorrect torque. If the torqueing is carried out in a narrow space, there is also the risk of the adapter not turning freely, which results in the torque wrench indicating the achievement of a set torque before this is actually the case.

The SHK note there is an EASA Airworthiness Directive (AD2004-0009) for repetitive inspections of these fitting severy 100 hours. There are a total of 31 pipe nuts to be checked at each inspection.

Five safety recommendations were made:

According to the Rolls-Royce 250-C30 Series Operation and Maintenance Manual for example: