Another investigation by the US National Transportation Safety Board (NTSB), published on 13 July 2015, has highlighted poor maintenance standards and continuing airworthiness management in a US helicopter operator.

The NTSB report that on 1 January 2014, Airbus Helicopters EC130B4, N133GC, operated by Papillon Airways Inc (PAI), was being flown on a post-maintenance check flight.  When on short finals to Boulder City Municipal Airport, Nevada, at about 200 feet above the ground and an airspeed of 40 to 50 knots, the engine flamed-out.

The pilot lowered the collective to initiate an autorotation, but was not able to successfully complete the landing. The tail boom touched the ground first and a hard landing ensued.  The pilot, the sole occupant, was uninjured but the helicopter, which came to rest on its right side, sustained substantial damage. 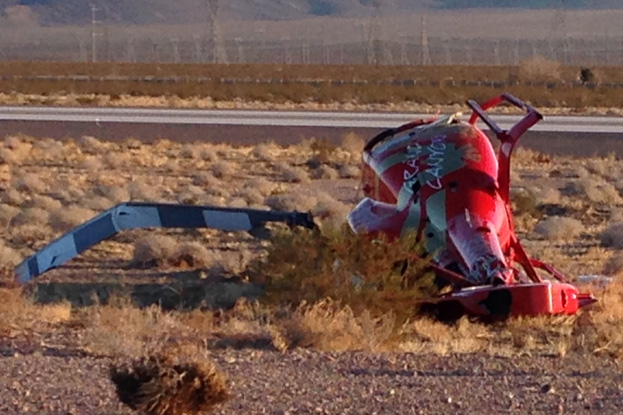 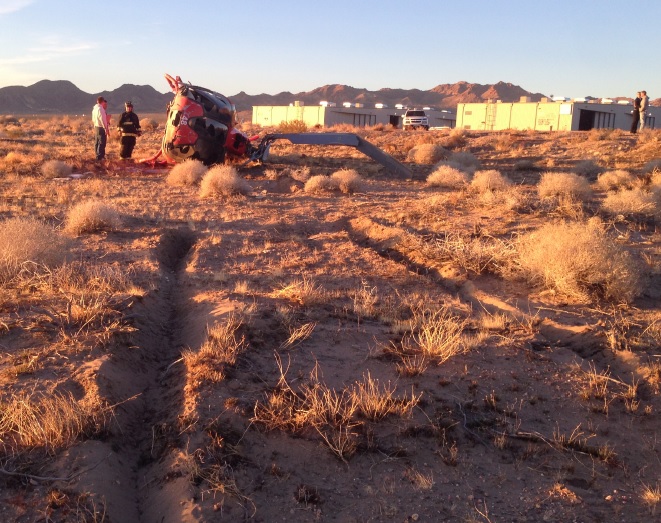 The NTSB state that during:

…examination of the wreckage, a main fuel supply line B-nut fitting was found without the safety wire, and the nut was loose when turned by hand.

‘B-nut’ is a common term for a nut used to connect fluid lines and hoses.  They are a regular cause of engine loss of power events, especially on light helicopters.  The NTSB go on:

According to the non-certificated maintenance technician who performed the task, the line was removed to defuel the fuel tank, which was contrary to manufacturer’s maintenance manual instructions.

Based on the evidence, it is likely that the B-nut fitting was not properly tightened and safety-wired during reassembly, which allowed it to back off due to normal engine vibration and resulted in the interruption of the fuel flow during flight. 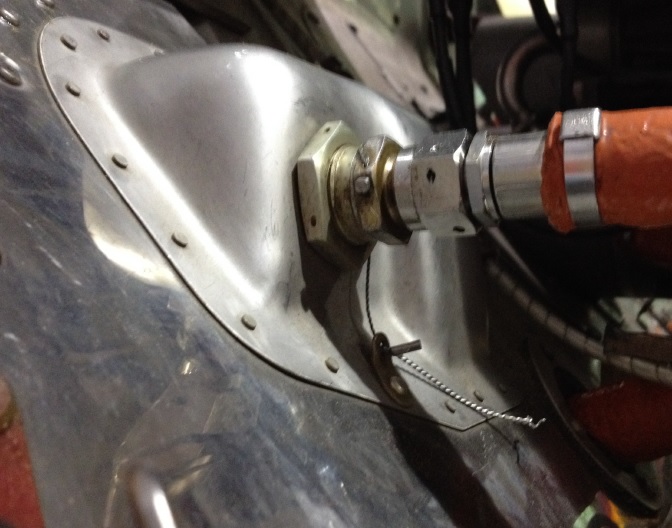 The Maintenance Manual technique to access the bi-directional suspension cross bar assembly is to remove the main gear box not the fuel tank.

The maintenance records showed no entry regarding the removal or disconnection of the main fuel supply line.

A loss of engine power due to fuel starvation as a result of the non-certificated maintenance technician’s failure to properly tighten and safety wire a B-nut fitting.

Contributing to the accident was the maintenance technician’s failure to follow the manufacturer’s maintenance manual instructions.

Although the NTSB identifies failures by a mechanic, this accidents highlights issues with how operator’s maintenance organisation planned and supervised maintenance.  The NTSB go on to say:

Following the accident, PAI implemented a 16-step independent control check to their Safety Control System which will be conducted by only experienced maintenance inspectors. This system is complemented by the addition of the inclusion of exclusively assigned Maintenance Ops Check Pilots who provide an additional level of oversight. An internal maintenance training system was created with heavy focus on FAA CFR 39, 43, 91, to include onsite manufacturer’s training programs that encompass airframe and engine systems.

Further details of 13 actions being taken by Papillon can be found in their action plan submission in the NTSB Public Docket (dated 22 April 2015), including a two week safety-standown at their Nevada operations. Despite a range of actions to improve their maintenance organisation, procedures and training Papillion still felt it appropriate to “immediately terminate” 3 employees (the first action listed in the action plan).

The concept of a failure to learn has been raised in relation to BP after the 2005 Texas City refinery explosion, prior to the 2010 Macondo / Deepwater Horizon disaster.  It is also the subject of a book of the same title by Australian National University Emeritus Professor Andrew Hopkins.

US HEMS operator Air Methods had an accident in 2010 to AS350B3 N509AM in which 3 people died after the engine lost power over an urban area. The NTSB said:

…the repair station technician did not properly install the fuel inlet union during reassembly of the engine, the operator’s maintenance personnel did not adequately inspect the technician’s work, and the pilot who performed the post-maintenance check flight did not follow the helicopter manufacturer’s procedures.

We have also previously written about a fatal accident the following year involving air tour competitor, Sundance Helicopters, where AS350B2 N37SH, suffered a Loss of Control (LOC) accident after errors in the assembly of its main rotor during maintenance.

In light of these accidents (and the Jan 2013 NTSB report into the later), Papillion’s failure to learn from the misfortune of others is disappointing.

UPDATE 10 May 2017: Another case occurred on a Department of Homeland Security Customs and Border Protection (CBP) AS350B2, N5204X, on 27 October 27 2014.  The helicopter experienced a sudden loss of engine power while manoeuvring near Bisbee, Arizona. The pilot performed an autorotation but helicopter touched down hard and rolled over, coming to rest inverted.   The pilot was seriously injured. The NTSB report says:

Examination of the engine revealed that the pneumatic control pipe (P2), which delivers air pressure from the centrifugal compressor on the engine to the fuel control unit (FCU), was disconnected at the engine fitting. The loss of P2 pressure to the FCU resulted in the FCU commanding the engine to spool down to ground idle speed by limiting the fuel flow. There was no evidence of malfunctions or anomalies on the pipe, threads, and union fastener. There was no evidence of torque stripe residue on the disconnected fitting, consistent with the likely scenario that, during past maintenance, the B-nut was not properly torqued and gradually vibrated off its attach fitting while in flight.

An engine wash had been performed three days before.

The engine manufacturer had several caution notifications within multiple maintenance task documents to prevent removal of the P2 pipe during washing and the risk of an engine failure due to insufficient torque.

The mechanics that performed the engine wash were interviewed and both were aware of and correctly recited the correct procedure. According to a statement from the US Customs and Border Protection Safety Officer they reviewed hangar surveillance video during the last engine wash and noted that no maintenance manual documentation being used by maintenance personnel.

The National Transportation Safety Board determines the probable cause(s) of this accident as follows:  Failure of maintenance personnel to ensure adequate torque of a pneumatic control pipe (P2) fitting, which resulted in a loss of engine power during low altitude flight maneuvers.

Aerossurance is proud to have sponsored a recent Royal Aeronautical Society (RAeS) seminar, Maintenance Human Factors: The Next Generation, at Cranfield University. Presentations from that seminar are available here.

We have also discussed a fatal accident in 2013 to Sikorsky S-76A++  N574EH, operated by Era Helicopters LLC, during a maintenance check flight due to a tail rotor blade failure (although the NTSB could not determine how that failure initiated).

No torque-stripe / slippage marks are visible in the FAA photograph above, which are common on such connections.  According to the Rolls-Royce 250-C30 Series Operation and Maintenance Manual for example:

In Europe there is an EASA Airworthiness Directive (AD2004-0009) for repetitive inspections of these fittings.