Dramatic Loss of Control During AS350 Landing Practice (AS350B3 N711BE at Palomar, California) 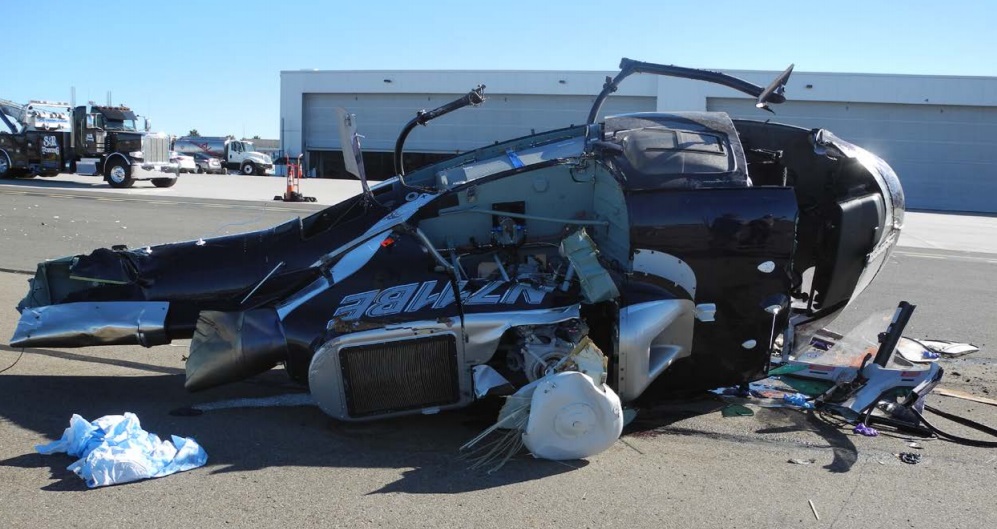 The US National Transportation Board (NTSB) report that the pilot had practised several landings in a field before returning to the airport, “where the approach and hover taxi to the ramp were uneventful”.  However:

In the weeks preceding the accident, the pilot had expressed concern to multiple flight instructors that he was having difficulty adjusting to the flight characteristics of the helicopter. In particular, he found dolly-landings challenging.

Although the pilot had many years of experience flying a Bell 407 helicopter, there were two significant differences between the Bell 407 and the accident helicopter.

First, their main rotor systems rotated in opposite directions; therefore, the foot pedal inputs required to counteract changes in torque during takeoff and landing were opposite. (The pilot’s difficulty adapting to this difference was evidenced during most of the previous takeoffs captured by the onboard video when the helicopter yawed significantly after lifting off.) 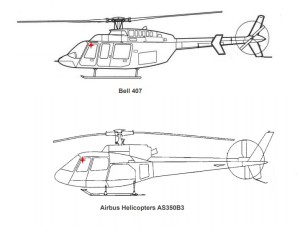 Comparison on B407 vs AS350 Pilot Eye Position (Credit: NTSB)

This change in visual reference would have been particularly significant during dolly landings, which require landing on a specific point directly below the pilot’s field of view.

The pilot had received about 11 hours of flight instruction in the helicopter, and, despite the fact that his instructors advised him not to fly without an instructor, he opted to fly with a passenger…on the accident flight. Although the passenger held a helicopter rating, he was not an instructor or professional helicopter pilot and had about 180 hours total in helicopters. Furthermore, it was likely that he had little or no experience in the accident helicopter make and model.

The pilot made a landing attempt on a dolly but landed only partially on the dolly, which caused the helicopter to pitch nose up and strike the ground with its tail.

The helicopter hit the dolly with such force that the dolly broke free from the chocks securing it and spun around. The helicopter climbed and spun upwards aggressively but stabilized after rotating 270° to the right.  Ground crew personnel re-secured the dolly with chocks, and, after about 2 1/2 minutes, the pilot again attempted to land on the dolly, this time from the opposite direction. He made two unsuccessful attempts but was unable to maintain a stabilized approach each time.

On his third attempt, he again landed partially on the dolly… 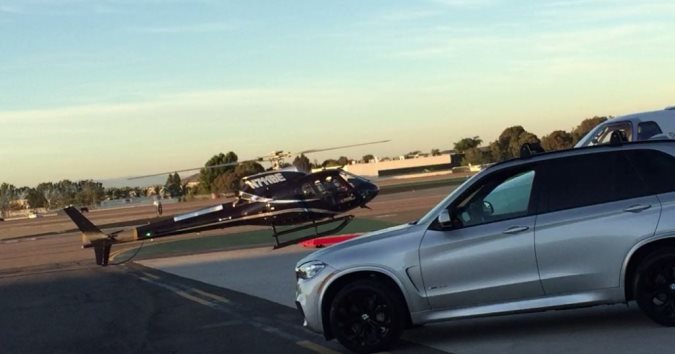 Landing attempt with Airbus AS350B3 N711BE on the dolly at Carlsbad (Credit: NTSB) 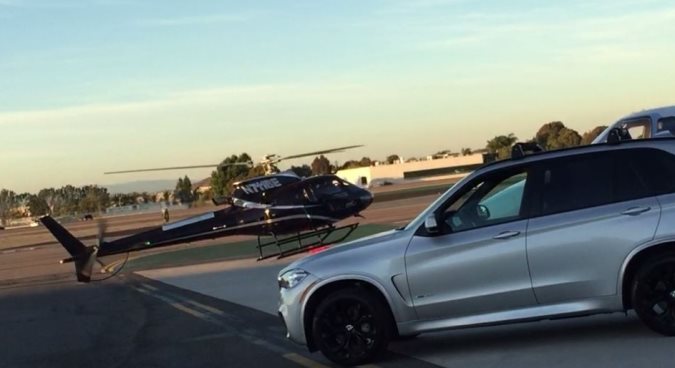 …before violently climbing and pitching nose down, while rolling right. 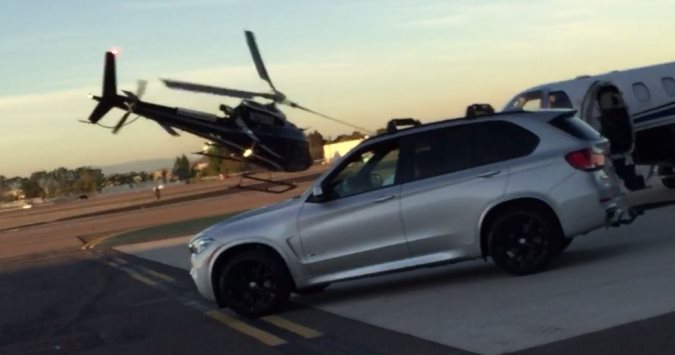 The helicopter spun 180° to the left and pitched up steeply… 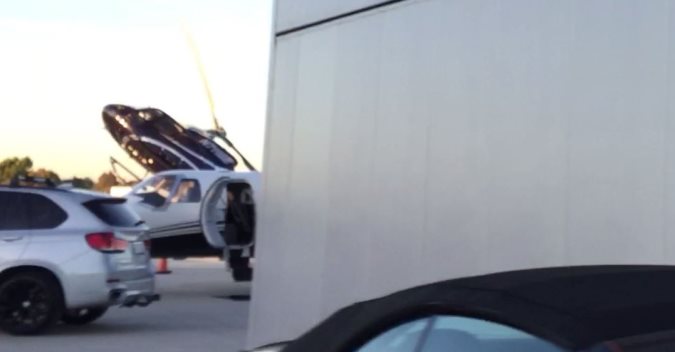 …and the tail rotor and vertical stabilizer struck the ground and separated.

The helicopter hit the ground left side low, bounced, and rotated another 360° before landing hard on its belly. The main rotor blades continued to spin and the engine continued to operate; the helicopter spun on its belly at a rate of about one revolution per second for more than 5 minutes, while gradually sliding about 530 ft along the ramp. 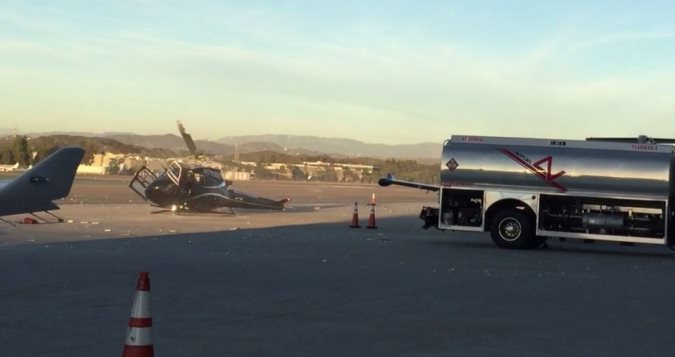 The tailboom and horizontal stabilizer then separated, and the helicopter violently rolled onto its side, shed its main rotor blades, and came to rest.

The helicopter was equipped with an Appareo Vision 1000 flight data monitor. The unit was capable of recording video, audio, GPS coordinates, and pitch, roll, yaw and acceleration data.  Onboard video showed that the pilot became incapacitated during the final ground collision. The passenger remained conscious after the impact…but he eventually became incapacitated after about 2 minutes due to his injuries, the forces imposed by the spinning helicopter, or both.

…typically results in cognitive impairment which is magnified well beyond the simple addition of the effects, even when the amount of one of them may be low. Therefore, the pilot’s decision-making, judgment, and psychomotor performance were most likely impaired by the combination of CNS depressants, diphenhydramine and alprazolam.

UPDATE 11 October 2018: A second video has been posted online with ATC audio: 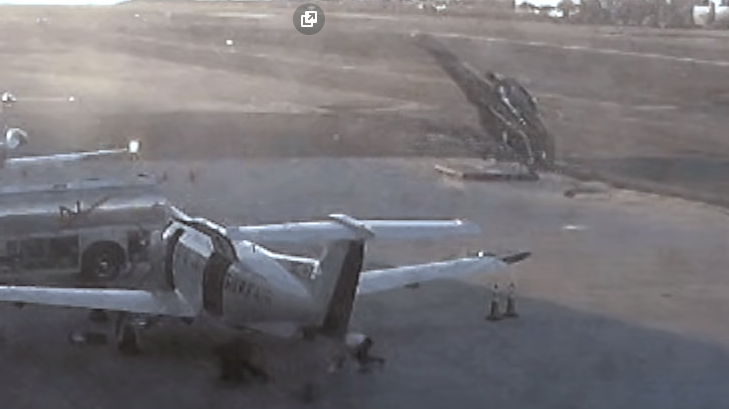 The pilot’s loss of control during landing on a dolly.

UPDATE 23 February 2018: The NTSB have published their report on an accident to Robinson  R44  N744WT in New Orleans on 29 November 2017 (less than 2 weeks before the NTSB issued the probable cause on the Carlsbad accident).  While positioning the helicopter on a trailer for maintenance, the helicopter landed with the left skid off the platform and the tail rotor struck the ground. The pilot climbed about 50 ft and reduced power but during the descent, the main rotor struck the tailboom and the helicopter impacted the apron, narrowly missing a business jet. 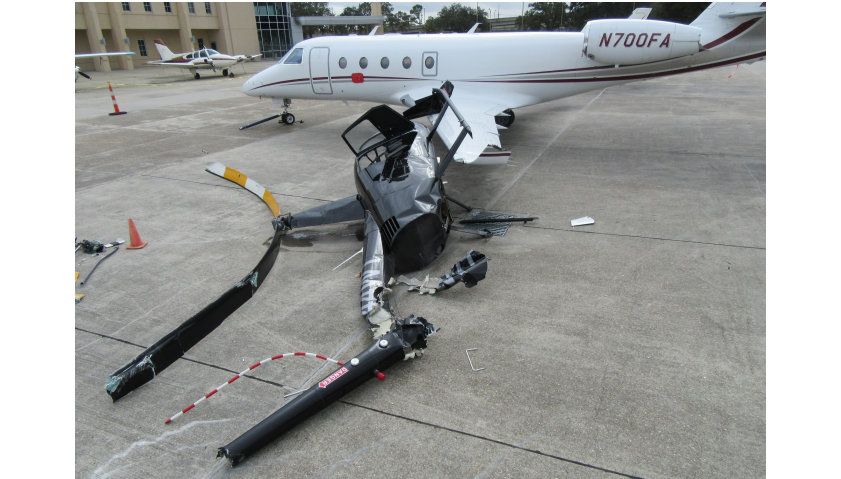 The pilot reported that, after landing the helicopter on the landing platform, he decided to reposition it on the platform. He said that he increased the collective and that it “felt as if the nose was turning or yawing to the right.” To correct the right yaw, he appliedleft pedal, but the helicopter continuedmoving right. 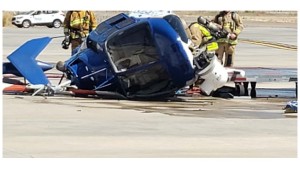 The helicopter rolled to the right, the main rotor blades struck the ground, andthe helicopter came to rest on its right side. The helicopter sustained substantial damage to the main and tail rotor drive systems.