The US National Transportation Safety Board (NTSB) has recently (19 April 2022) opened the public docket on an accident that occurred to Sikorsky S-76D air ambulance N761AF of Arkansas Children’s Hospital on 12 March 2022 at Texarkana, Texas  The helicopter was substantial damaged in a tail rotor strike while landing at dusk on an elevated helipad at the Wadley Regional Medical Center (64XS).  The helicopter was inbound to do a patient transfer from the medical centre. 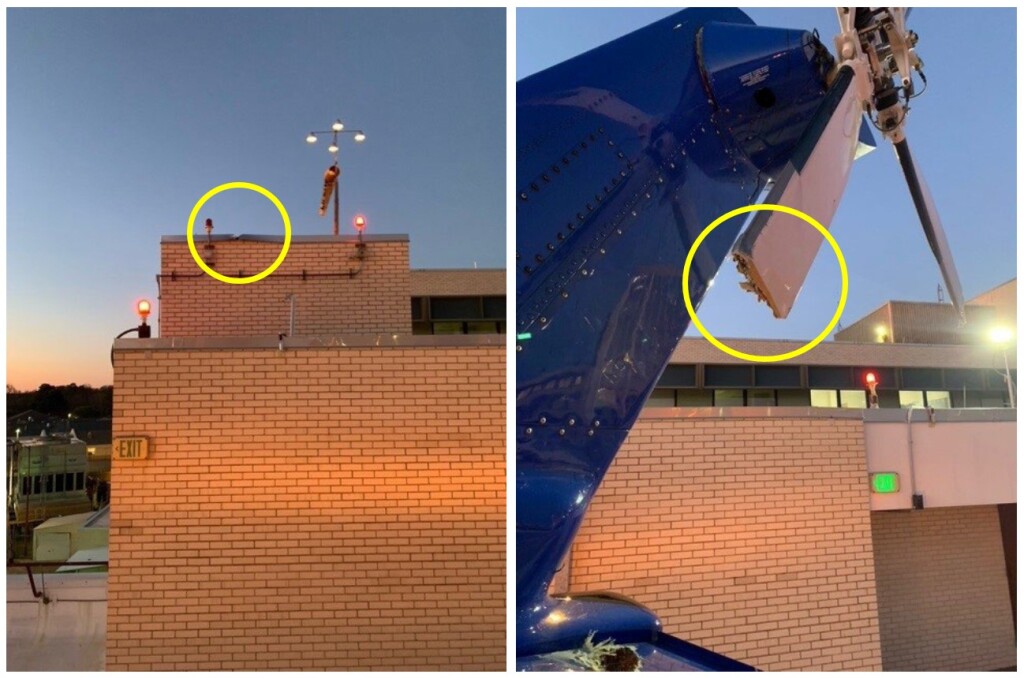 This was the pilot’s first flight of the day, having come on duty slightly ahead of schedule at 17:08.  The pilot was aged 54 with 3,212 flying hours in total, 174 on type.  Two medical personnel were also on board.  Their seating positions were not noted in the accident report form.

The pilot had not been to 64XS before and examined information on an app on an iPad to gain familiarity with the site when en route.  Crucially, the data currently in the public docket does not explain the level of detail available in this app.

The pilot reported setting a waypoint 3 miles from the hospital “to establish a descent and deceleration point prior to the landing point to make a smooth transition from cruise flight to landing”.  At the near-by Texarkana airport wind was reported as 11 knots, 160° and visibility 10 miles.

Prior to reaching the 3-mile waypoint, I started slowing to 80 KIAS, and initiated a descent to 1500 ‘ MR. I made a call to Texarkana Tower that the hospital was in sight. I told the flight crew that we were about 3 minutes inbound.

Upon reaching 80 knots, I lowered the gear and turned on the landing lights and search light. I slowed to approximately 60 knots, and descended to about 1000’. My course inbound…was originally 225 degrees. At about 25-30′ AGL on a very slow approach to the pad [at 18:30], I felt/heard a “thump” in the pedals and immediately the aircraft began to vibrate.

We assume “25-30′ AGL” actually means a height of 25-30 feet above the helipad, which is a 50 ft square helipad (so slightly sub 1-D sized for an S-76D whose D-value = 52.5 ft) on the roof of a fourth storey building. The TR GBOX CHIP/TR OIL TEMP HIGH light illuminated and the aircraft yawed to the right.  The pilot says:

I instinctively lowered the collective and flew to the pad. At almost the point of landing, I pulled the collective for cushion, and the aircraft yawed right about 60 degrees as we settled on the pad.

The helicopter was safely shut down without injury. The public docket images indicate the tail rotor struck a building that was an obstacle very close to the helicopter landing area. 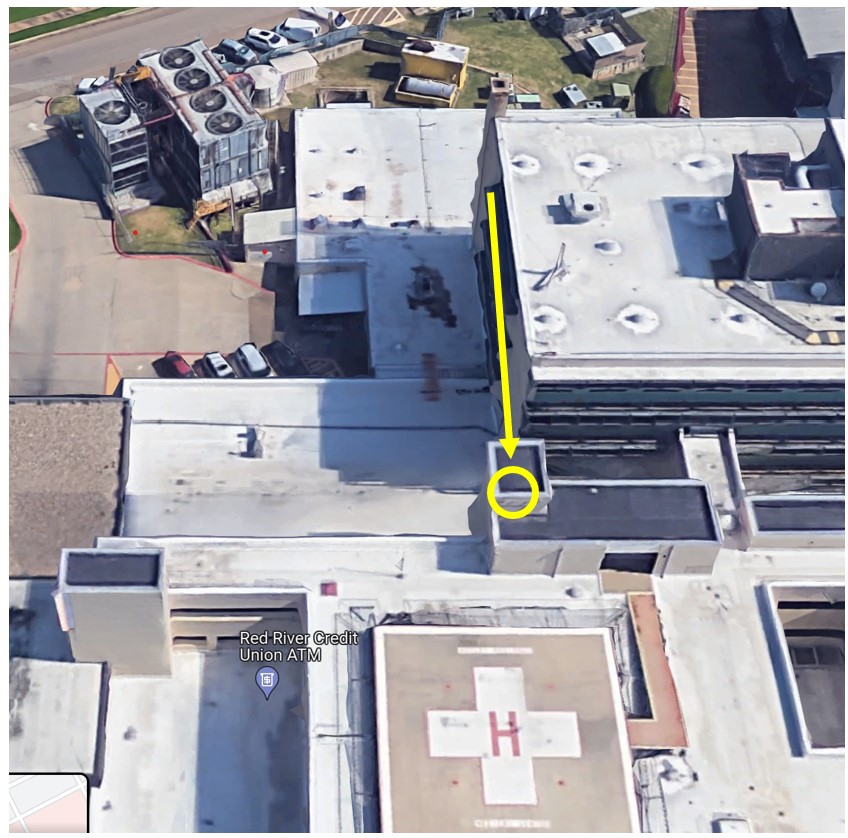 Examination of imagery suggest the helicopter passed very close to a structure sited to the north east as well as directly over a structure containing a lift shaft that was at c 10 ft above the helipad surface and c 25 ft from the deck edge.  The aircraft pitch angle will also have needed to be relatively high too.

One of the key indicators of whether a safety investigation is competently and thoroughly conducted is whether the focus falls on the person closest to the accident or whether systemic issues are examined.  A public inquiry chaired by Anthony Hidden QC investigated 1988 Clapham Junction rail accident. In the report of the investigation, known as the Hidden Report, he commented:

This is not the only recent US hospital elevated helipad accident.

As noted above, a key piece of data missing in the information released so far into the Texarkana accident is the helipad information available to the pilot and how it documented the obstacles and the approach directions.  The orientation of the ‘H’ is also inconsistent with the obstacles.  A competent safety investigation would examine these, the associated survey of the site and the site design.  A thorough investigation would also examine the Flight Recorder Data too.  Based on these two previous NTSB investigations we are pessimistic that this NTSB investigation will help prevent further occurrences.

As we pessimistically, but accurately predicted, the NTSB have gone for a lazily self-evident but practically useless probable cause statement rather than furthering aviation safety:

The pilot’s failure to maintain adequate clearance during landing on a rooftop helipad.