On 12 November 2019, at c20:08 Local Time, Leonardo AW109SP Grand helicopter air ambulance N271HC of IHC Health Services, was substantially damaged in an nightime event during cruise near Spanish Fork, Utah.  The pilot and two flight nurses onboard were uninjured. 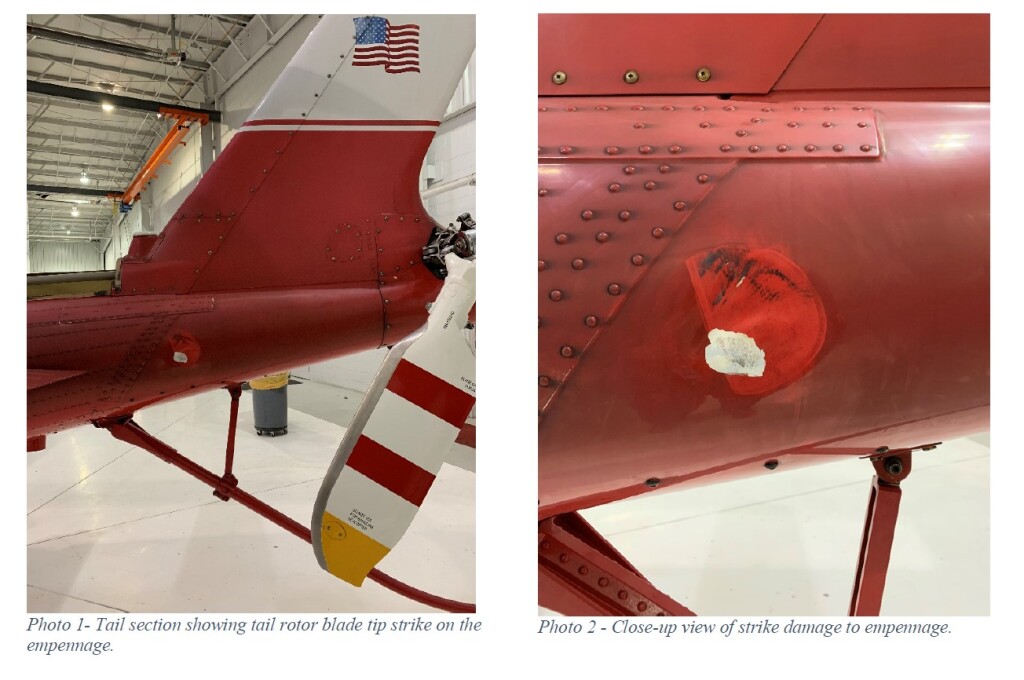 The US National Transportation Safety Board (NTSB) note in their safety investigation report, issued on 3 June 2022, that it was usual for one of the flight nurses to be in the front left seat during flights without a patient aboard.  The flight nurse had been in that role for 11 years, 5 with IHC, but “normally rode in the rear cabin of the helicopter”.

…the flight nurse, seated in the left front seat, attempted to contact personnel on the ground to coordinate their landing. Rather than step on the push-to-talk (PTT) button located on the cabin floor to activate the radio microphone, he inadvertently stepped on the left anti-torque pedal, which resulted in a rapid yaw to the left. 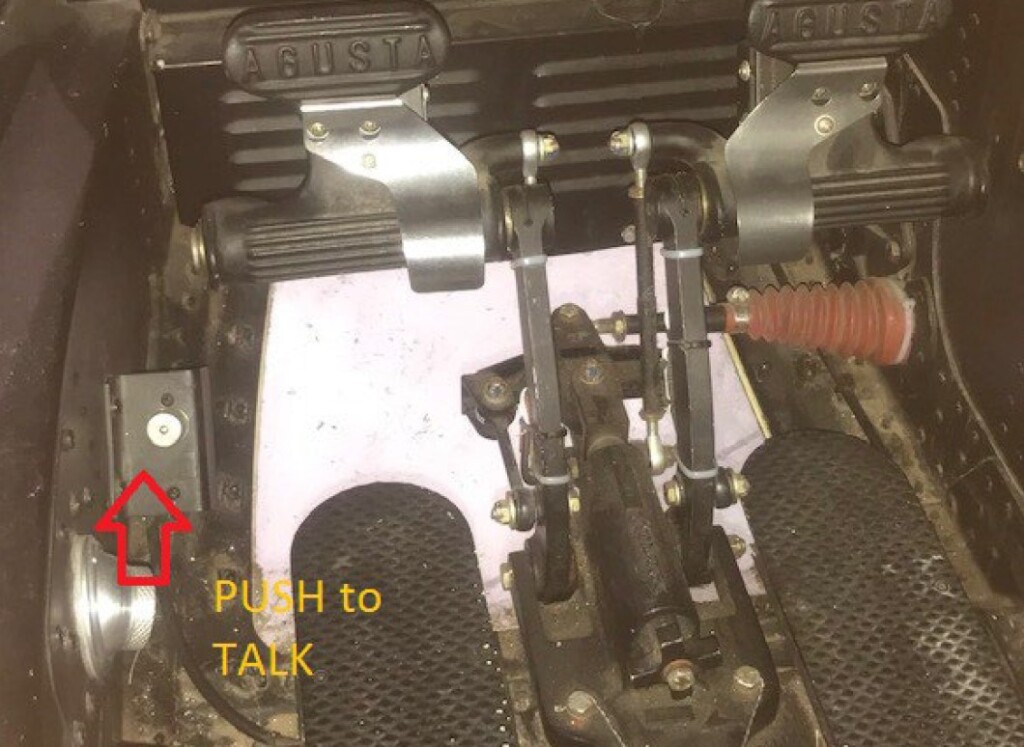 The pilot described this yaw as “severe and violent”.  The flight nurse said it “felt like they got hit with strong turbulence over a mountain”.  No abnormal noise or vibration was detected.

The pilot re-established straight and level flight and landed the helicopter uneventfully.

The pilot did not observe any unusual signatures on the exterior of the helicopter during a walkaround inspection after they landed…however, he did not inspect the tail rotor blades or tailboom.  The rest of the flight was uneventful, and the pilot did not report any anomalies with the tail rotor blades or tailboom during the subsequent flights that took place during his shift.

Next day the oncoming pilot…

…conducted a walkaround inspection in daylight conditions and discovered damage to the tailboom as he approached the helicopter. The helicopter was immediately taken out of service and ferried to the company’s maintenance facility for repair.

The damage to the blades and empennage was consistent with their making contact, and the flight data suggest this occurred during the first leg of the shift flight as the crew did not experience any other events that would have caused the degree of damage observed. 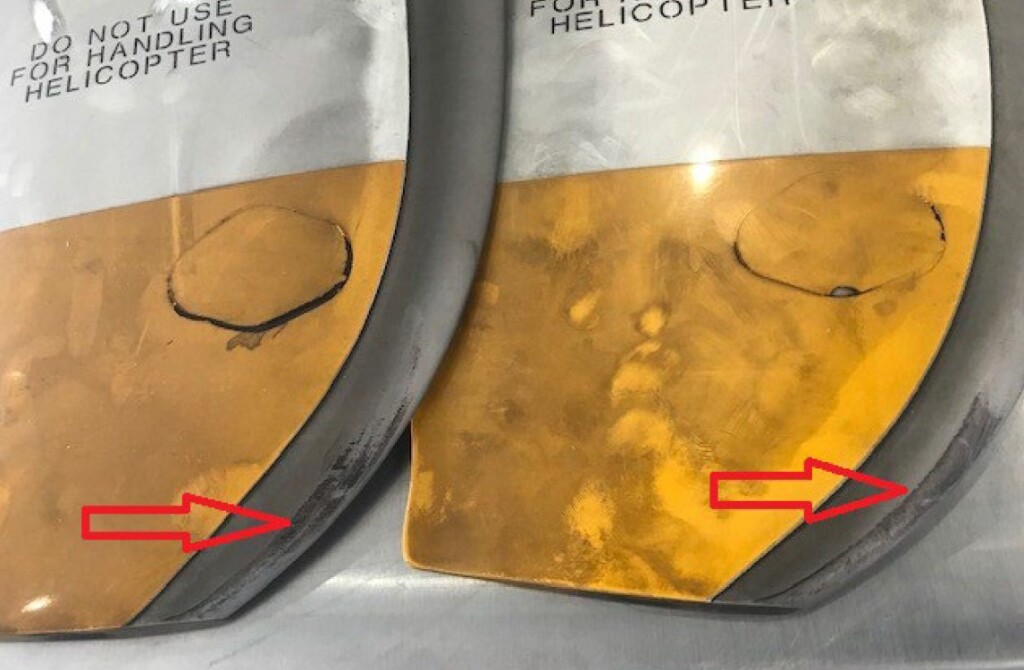 When the flight nurse stepped on the left pedal, the pitch of the tail rotor blades would have increased, increasing tail rotor thrust, and yawing the aircraft counter-clockwise.

The helicopter was equipped with an Appareo flight data monitoring (FDM) system, which indicated that the yaw was about 11°. 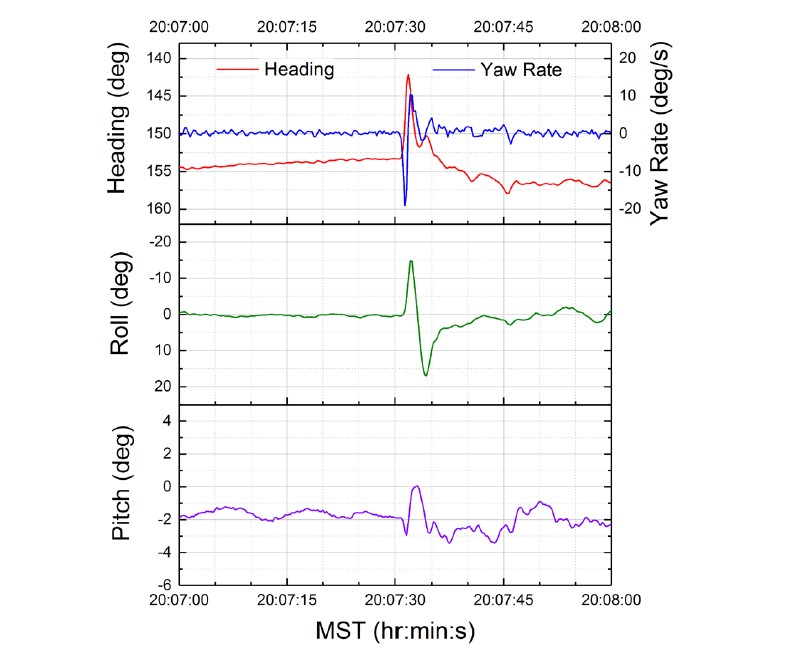 The helicopter manufacturer provided flight handling qualities data obtained during certification…. A dynamic stability test point was performed in level flight at 0.9Vh ± 10° yaw where Vh is the calculated maximum horizontal airspeed based on atmospheric conditions. This test involved a 15% pedal input over 0.5 second, which resulted in a 6º-to-15º per second sideslip deviation.

A simulation was performed using the accident helicopter’s parametric data and ambient conditions showed that to match the yaw rate and magnitude, a 40% left pedal input (90% pedal position) was required. This resulted in a 20° per second deviation, which exceeded the parameters tested for during certification.

One flight nurse commented to the NTSB that they…

….had never personally pushed the pedal by accident when attempting to use depress the push-to-talk switch, but heard that it happens occasionally. Before the accident flight he would actively think about his foot position to ensure his foot did not inadvertently contact the pedals during night flights only.

While the NTSB made no safety recommendations, the operator stated in the accident report form:

The flight nurse’s inadvertent application of left anti-torque pedal during cruise flight, which resulted in a rapid yaw and pitch movement that caused the tail rotor blades to contact the tailboom.