On 19 July 2022 air ambulance Airbus EC135P2+ N228MT of Air Evac Lifeteam was damaged by FOD when landing at Mount Vernon Airport, Illinois (caught on VIDEO, along with some bizarre groundcrew dance moves). 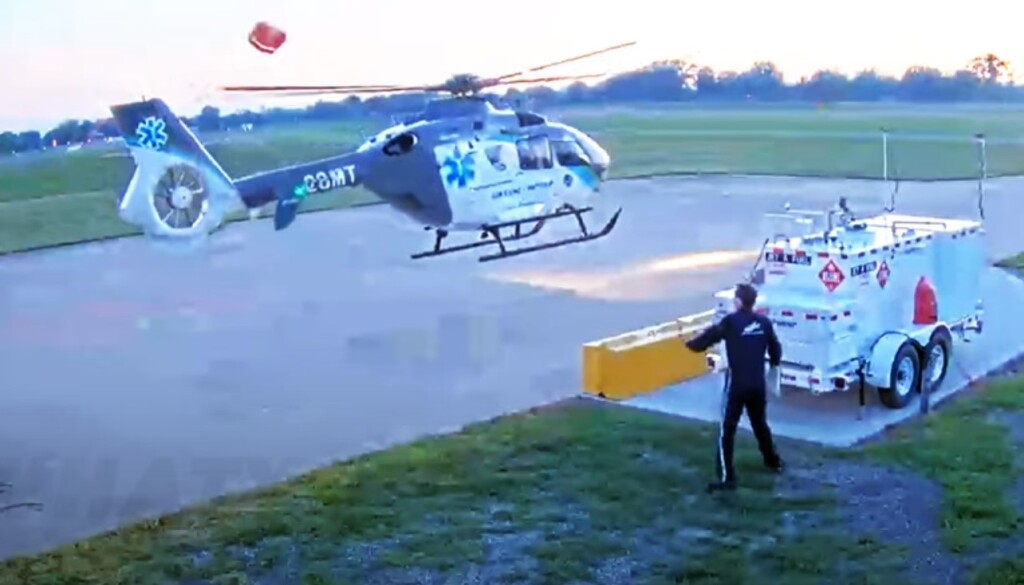 According to the US National Transportation Safety Board (NTSB) safety investigation report (issued 22 September 2022): 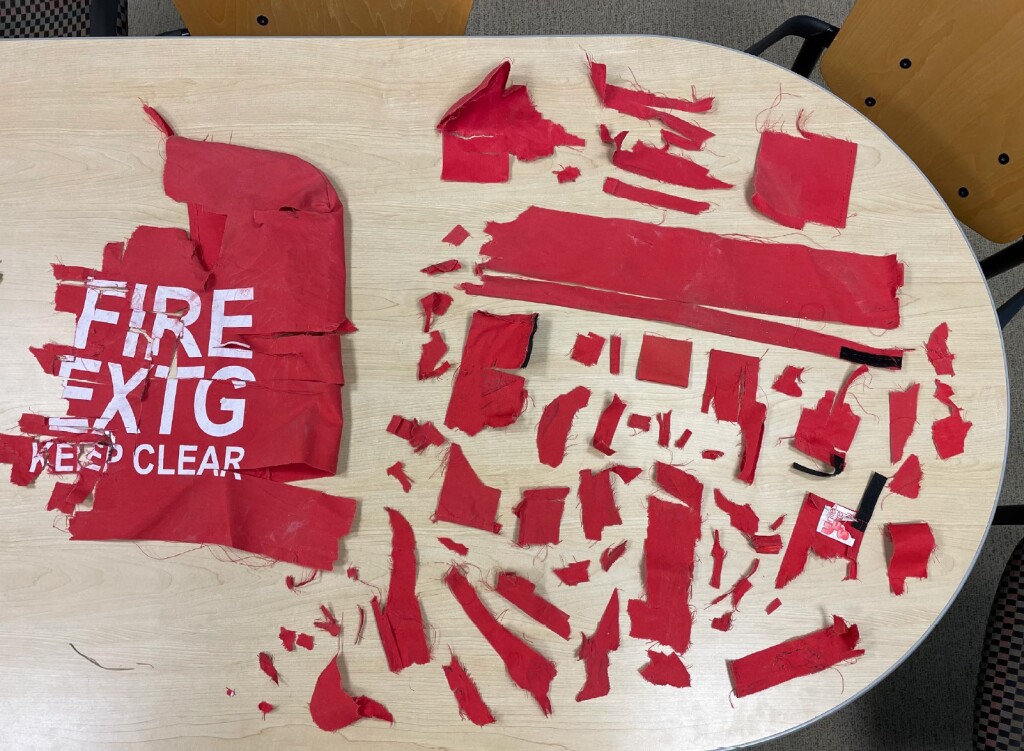 During the cloth fire extinguisher cover ingestion sequence, the fenestron hub flexed, the metal fenestron hub cover detached, and it was also ingested. 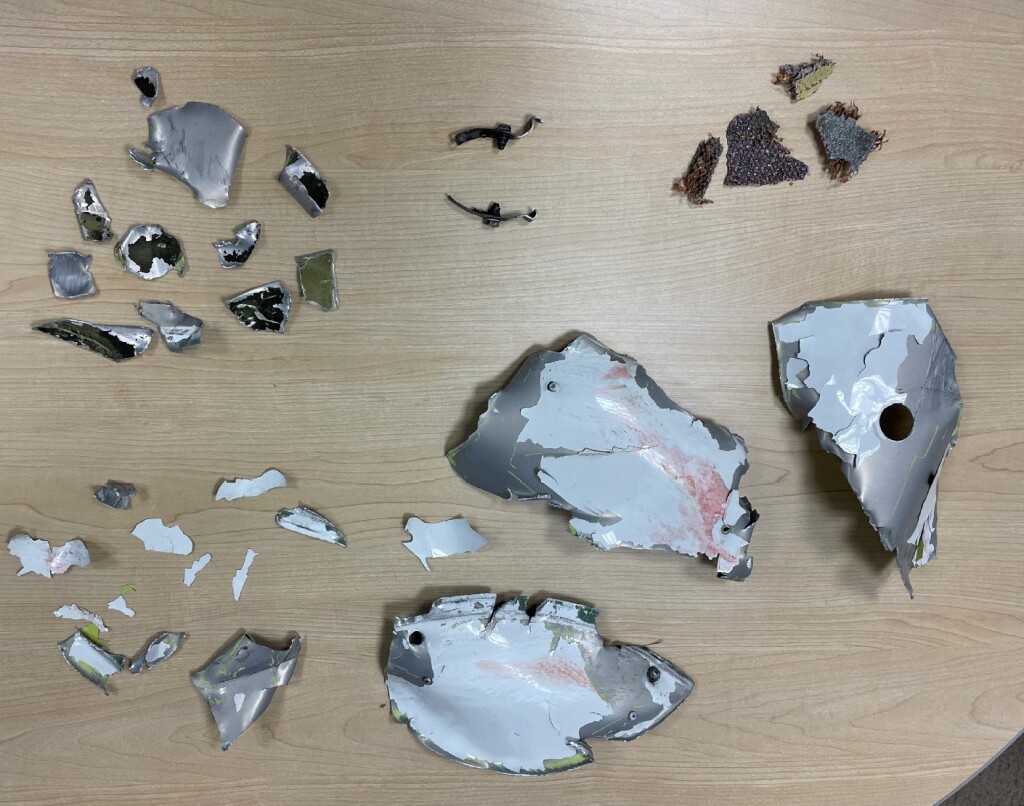 The hub cover is held in place by six retaining clips in a lip around the inner circumference of the Fenestron hub.

The pilot was able to land the helicopter without further incident.  The helicopter sustained substantial damage to the fenestron. 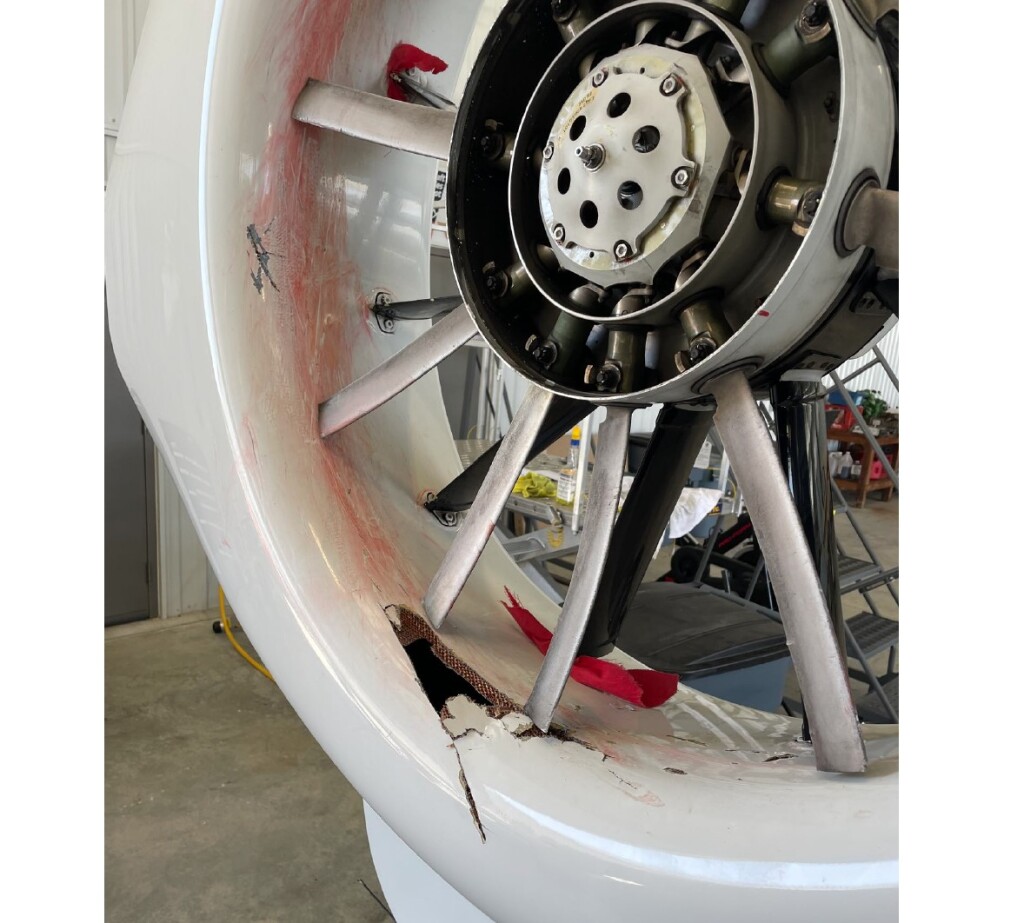 The operator explained to the NTSB that this type of cover did not have any form of lanyard but it was common practice to secure the bag under the extinguisher’s metal retaining band.  It is not clear how this particular extinguisher was secured on the day. NTSB say that…

The operator additionally reported that foreign object debris checks are conducted by crew members anytime they are on the pad and that the mobile fuelling unit is inspected during the daily fuel quality check.

The operator also didn’t volunteer the associated procedures or training for these FOD checks and fuel system inspection.  One might suspect that relying on employees looking for FOD “anytime they are on the pad” would be a relatively ineffective measure in this case, where the ‘debris’ was intended to be where it was.

NTSB state the self evident probable cause:

No safety recommendations were raised.

The NTSB do make an incidental comment in their report that the (then) Accident Investigation Board Norway (now NSIA) had previously issued a safety recommendation regarding the securement of the fenestron hub cover.   This related to an incident on 13 April 2006 to HEMS EC135P2 LN-OOD.  That occurred when “a considerable amount of snow passed through the lower part of the Fenestron” when the tail contacted a snow bank during landing at a remote site  That resulted in “permanent deformation of all the rotor blades” and a pulsating load that caused the cover to detach.  This was however assessed as legally not an ‘unsafe condition’ as a release only occurs after FOD impact.

Another fenestron cover was lost when on 19 November 2015 when EC135P2+ N36RX when the fenestron of that air ambulance ingested a towel that, for reasons that are unclear, was in an unsecured container near the landing site.

After the 2015 accident the NTSB issued a safety alert: Helicopter Landing Sites: Free from Debris (SA-57).  The operator of N228MT circulated this 2 days after their accident at the request of the “FAA“ (actually the NTSB).

Sharp eyed readers will have spotted in the video a plastic water bottle being left unsecured on the fuel bowser too. 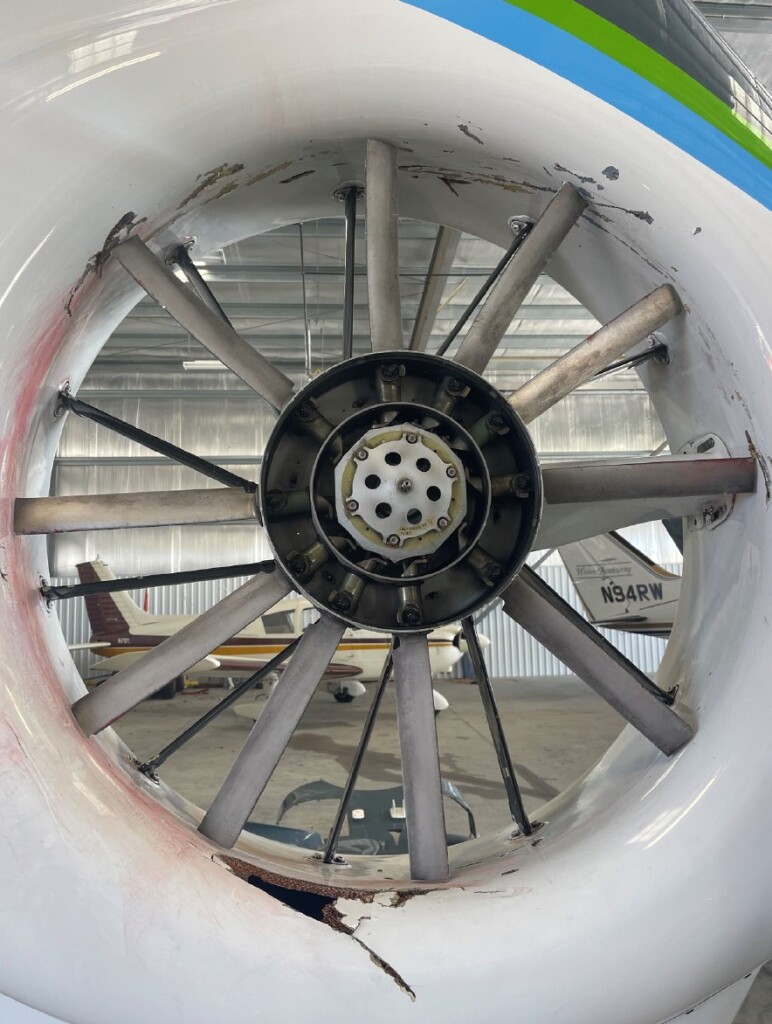 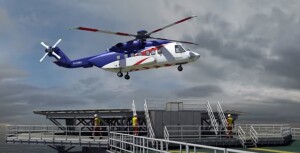