On 5 March 2020 Airbus EC130B4 N11QK, of Blue Hawaiian Helicopters, was damaged in an accident near Kalapana, Hawaii, during a Part 135 air tour flight.  Two passengers suffered minor injuries, the pilot and three other passengers were unharmed. 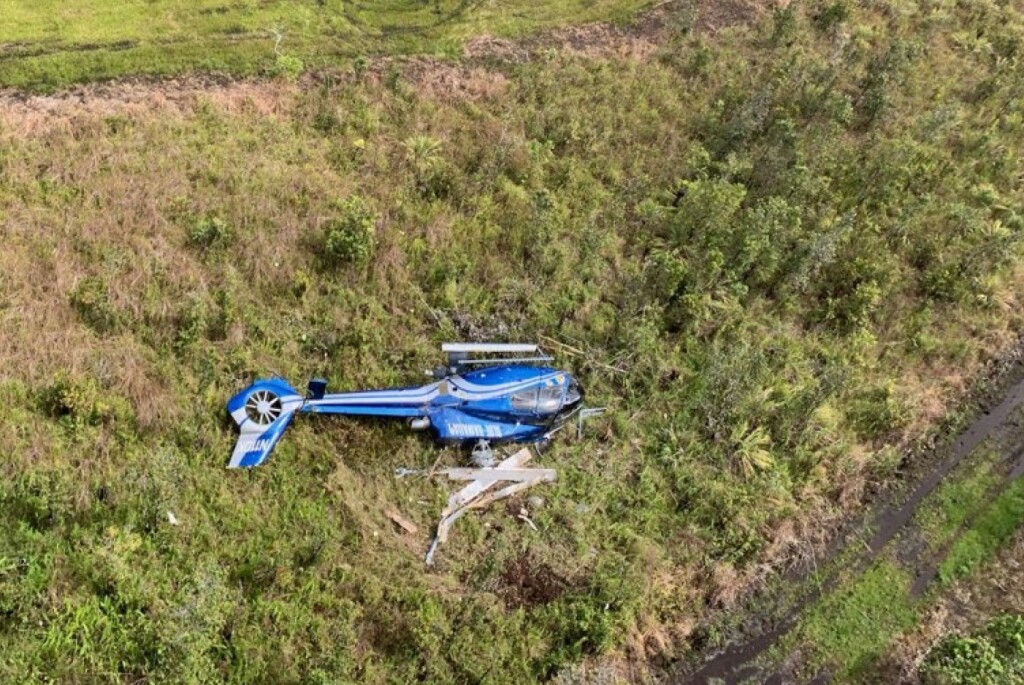 The US National Transportation Safety Board (NTSB) explain in their safety investigation report, released 16 August 2022, that the second of a pair of helicopters that had departed Hilo International Airport heading for an area known as the ‘Old Ocean Entry‘, a lava flow. 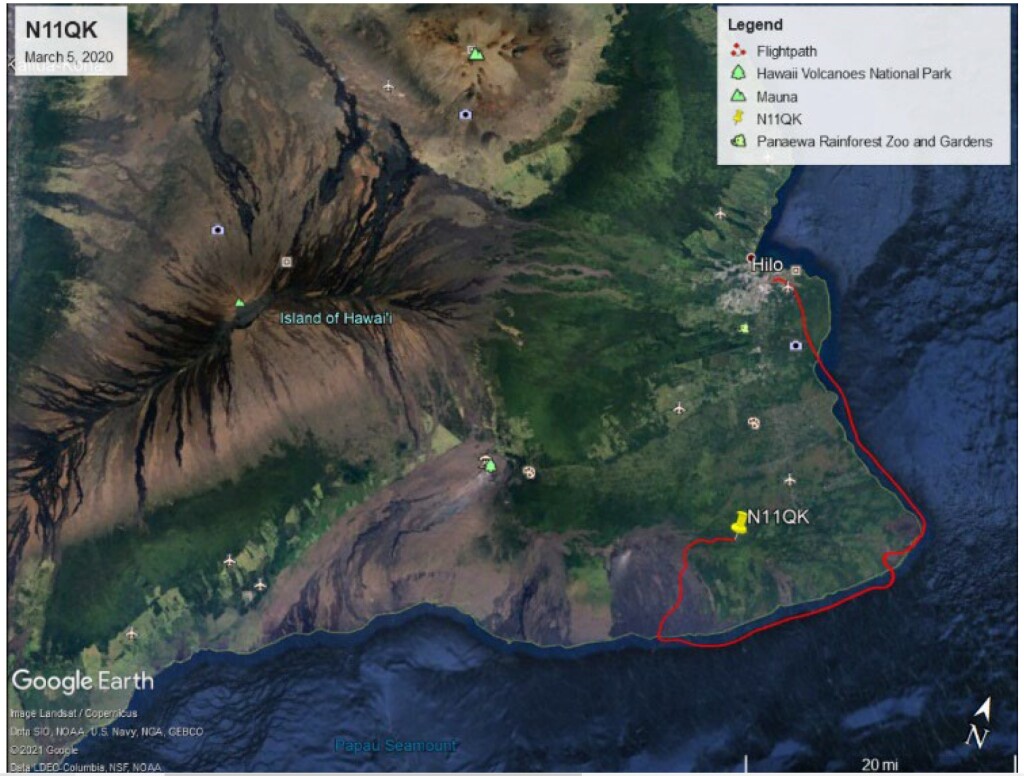 The pilot selected a large open area as a precautionary landing site and slowed the helicopter on the approach. As the helicopter slowed, he raised the collective, and applied right tail rotor pedal, but the nose of the helicopter veered to the left.

To stop the spin, he attempted to gain forward airspeed but eventually closed the engine throttle and preformed a hovering [sic] autorotation. He stated that the helicopter descended, touched down hard, and subsequently rolled onto its right side, sustaining substantial damage to the fuselage, tail boom, and the main rotor drive system. 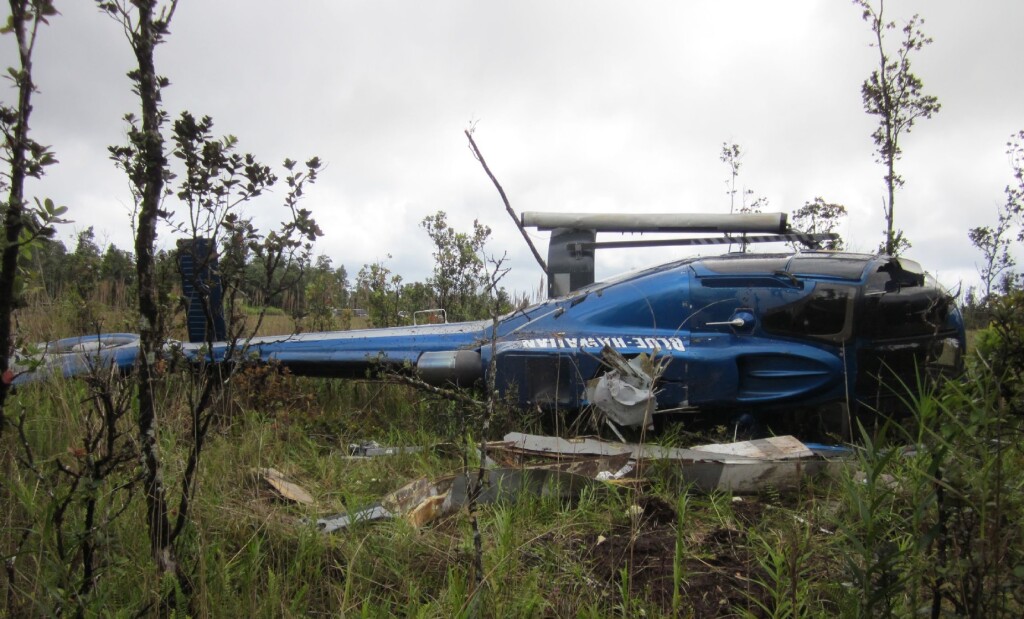 One of the 10 fenestron blades had been released at the blade root, where the blade’s drain port is situated. 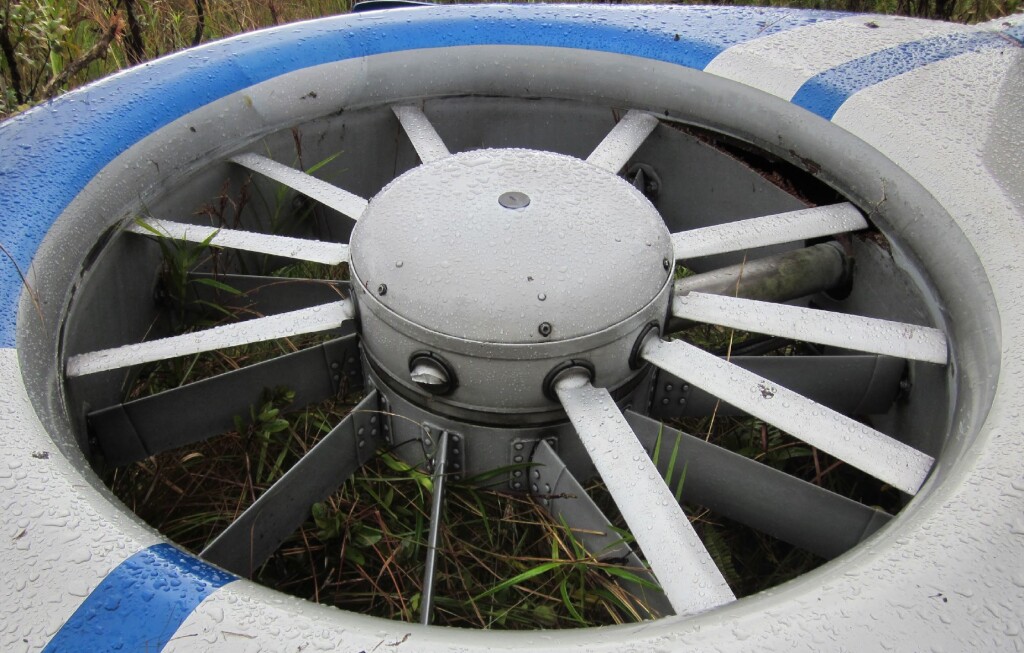 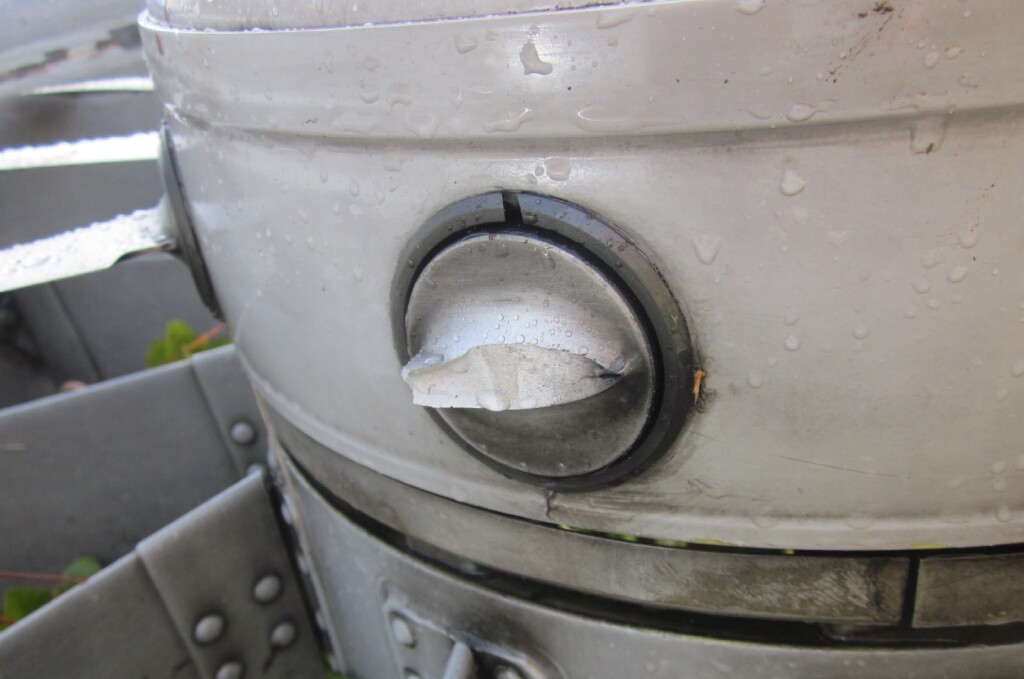 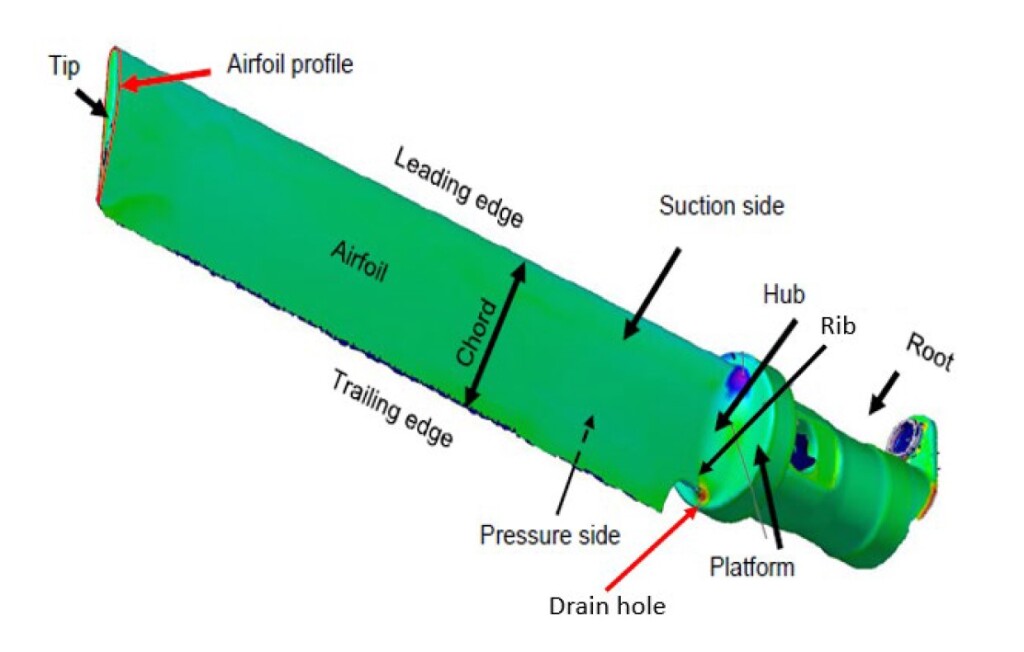 The released part of the blade was found in the fenestron outer fairing.

The fracture surface was flat starting at the aft end of the blade, up until about two-thirds of the distance to the leading edge, while the forward section exhibited shear lips.

Examination of the fracture surface infected that…

…the failure initiated from two separate origin areas, one on either side of the drain hole at or near its intersection with the aft rib face and grew progressively along the blade chord through about 60% of the blade before fracturing in overstress.  The origin areas had been damaged with no identifiable features.

Further from the origin, variable-spaced fatigue striations were observed, consistent with high cycle fatigue crack growth. The blade exhibited some geometric anomalies, its rib thickness was measured at 1.27-1.70 mm and the drain hole offset measured 0.23 mm. The acceptable engineering limit specified on the technical drawing was 2.3±0.3mm and ±0.2 mm respectively.

Three other blades from N11QK were found to have fatigue cracks aligned with the blade drain hole on the suction side of the blade. 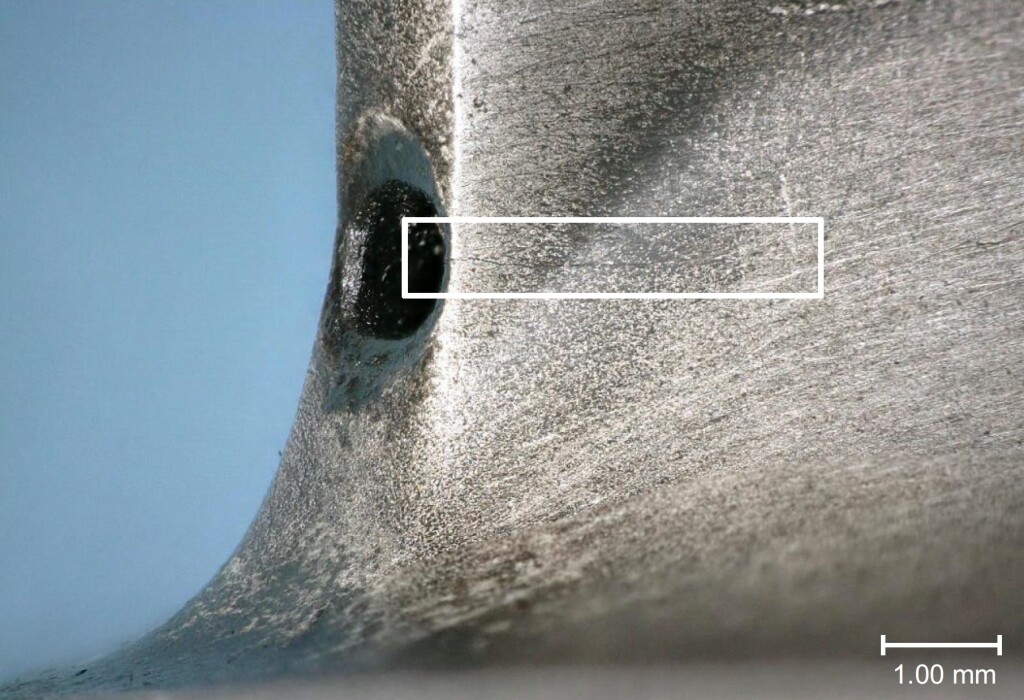 Airbus Helicopters performed a root cause analysis that identified various potential factors that could contribute to the crack development.  The two that were judged to be the main contributors were water drain hole geometry and rib thickness. Additionally predictions during design underestimated blade loads and it has since been shown that more sideslip manoeuvres occur in service that anticipated.

Airbus Helicopters issued Alert Service Bulletin No. EC130-05A033 on 10 August 2020 to provide instructions to inspect blades at the drain hole section and establish replacement criteria.  This was followed on 21 August 2020 with EASA Airworthiness Directive (AD) 2020-0187.

Additionally the tail rotor chip detector cannon plug was found to have an intermittent connection.

A loss of control due to the fatigue fracture of a tail rotor fenestron blade due to the geometry of the water drain hole positioning on the rib.