On 8 August 2018 Magnum Helicopters Hughes (later MD) 369D N369MH, was damaged in an accident near Honolulu, Hawaii during an air tour flight with four persons on board.

The US National Transportation Safety Board (NTSB) explain in their safety investigation report (published 27 May 2021) that:

The pilot [who had 7300 hours of flying experience, 2400 on type]…stated that the helicopter was in cruise flight at an altitude of about 1,800 ft when, about 11 minutes after takeoff, he felt “severe” vibrations and then heard a “loud bang,” after which the helicopter began to shake “violently.” The pilot entered a power-on autorotation and stated that the severity of the vibration caused the transponder to shake free of its mount in the instrument panel.

He also stated that even small tail rotor pedal inputs significantly worsened the vibrations. The pilot conducted a partial run-on landing in a field.

The occupants were all uninjured.  Subsequently: 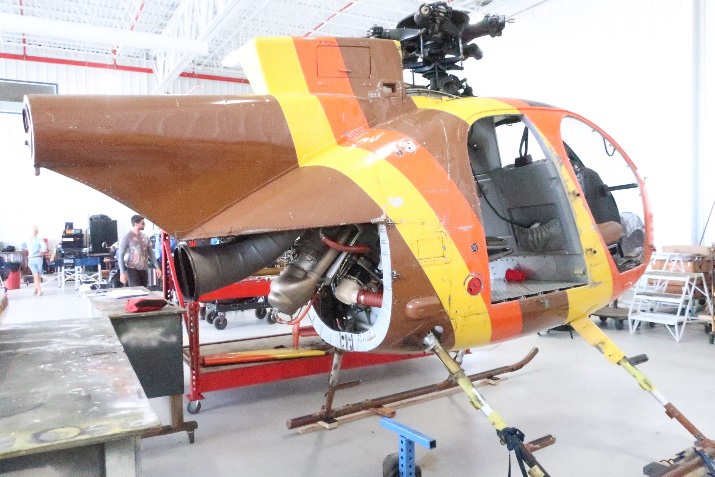 …an aftermarket version produced by a company called Aerometals. The accident helicopter was equipped with the Aerometals tail boom. The primary difference between the two tail boom versions was the attachment method of the TR transmission to the tail boom. The MDHI version used studs and locking nuts, whereas the Aerometals version used bolts and locking nut plates. Both versions used a total of four attach[ment] fasteners. 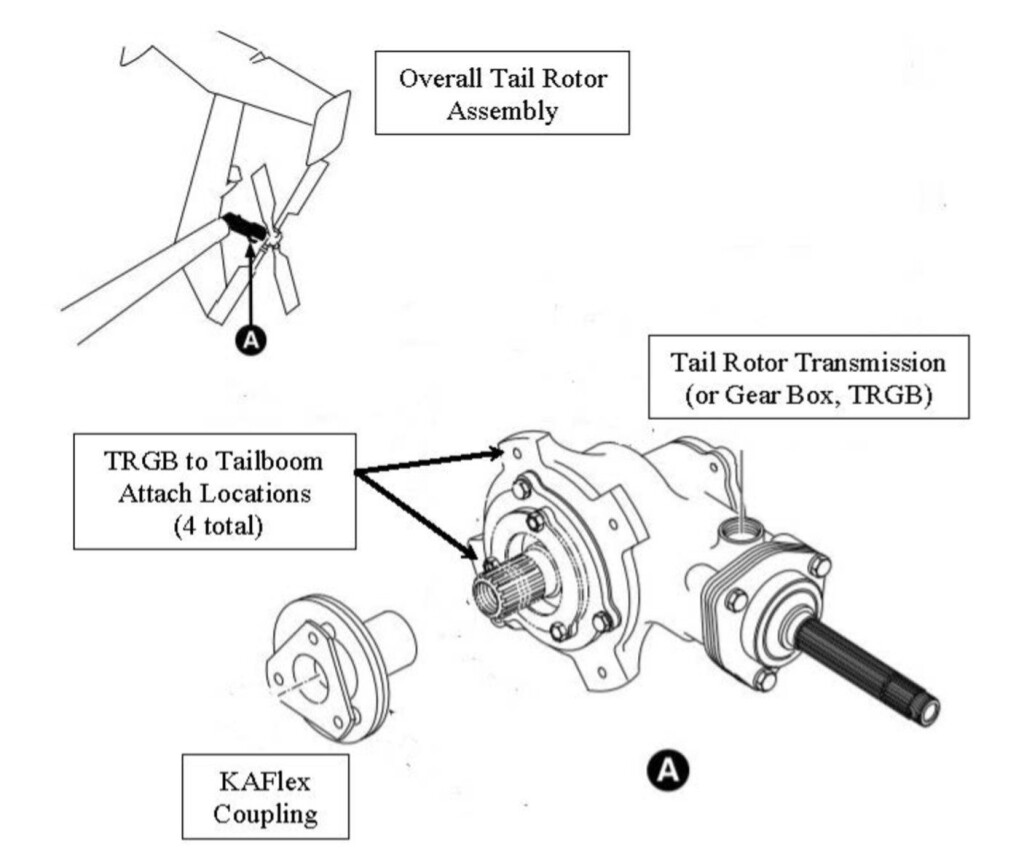 Postaccident examination revealed that the two bolts that attached the left side of the TR transmission to the tail boom had fractured and partially pulled through their nut plates. 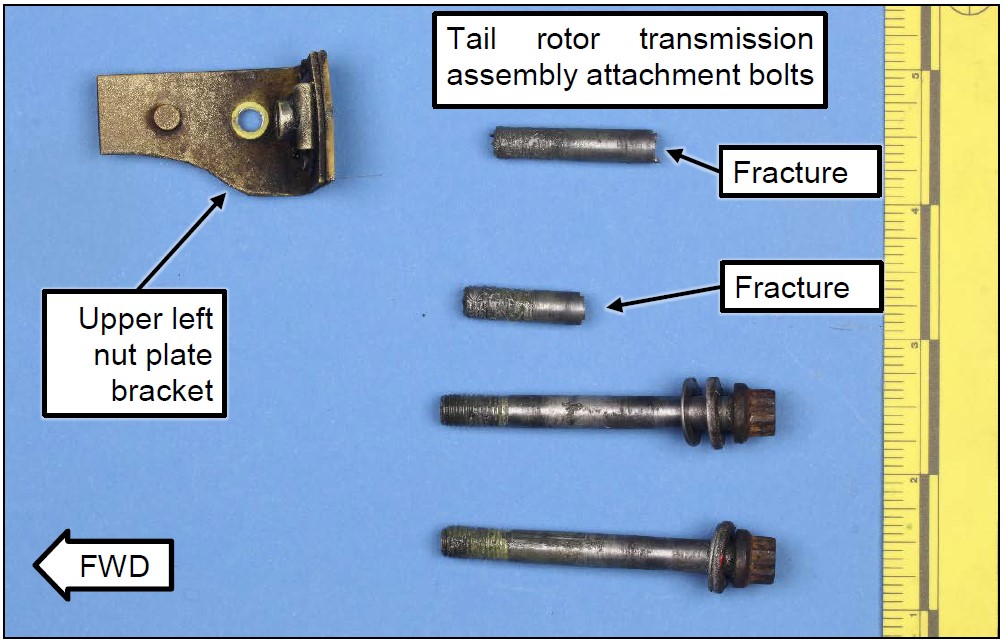 The two right side attach bolts were damaged, but had not failed; instead, their respective mounting lugs on the TR transmission had failed. The failure of all four attachments meant that the TR assembly was retained on the helicopter by only the TR drive shaft and the pitch control linkage. Neither of those components was designed to retain the TR transmission, and the pitch control system incurred damage during the event. 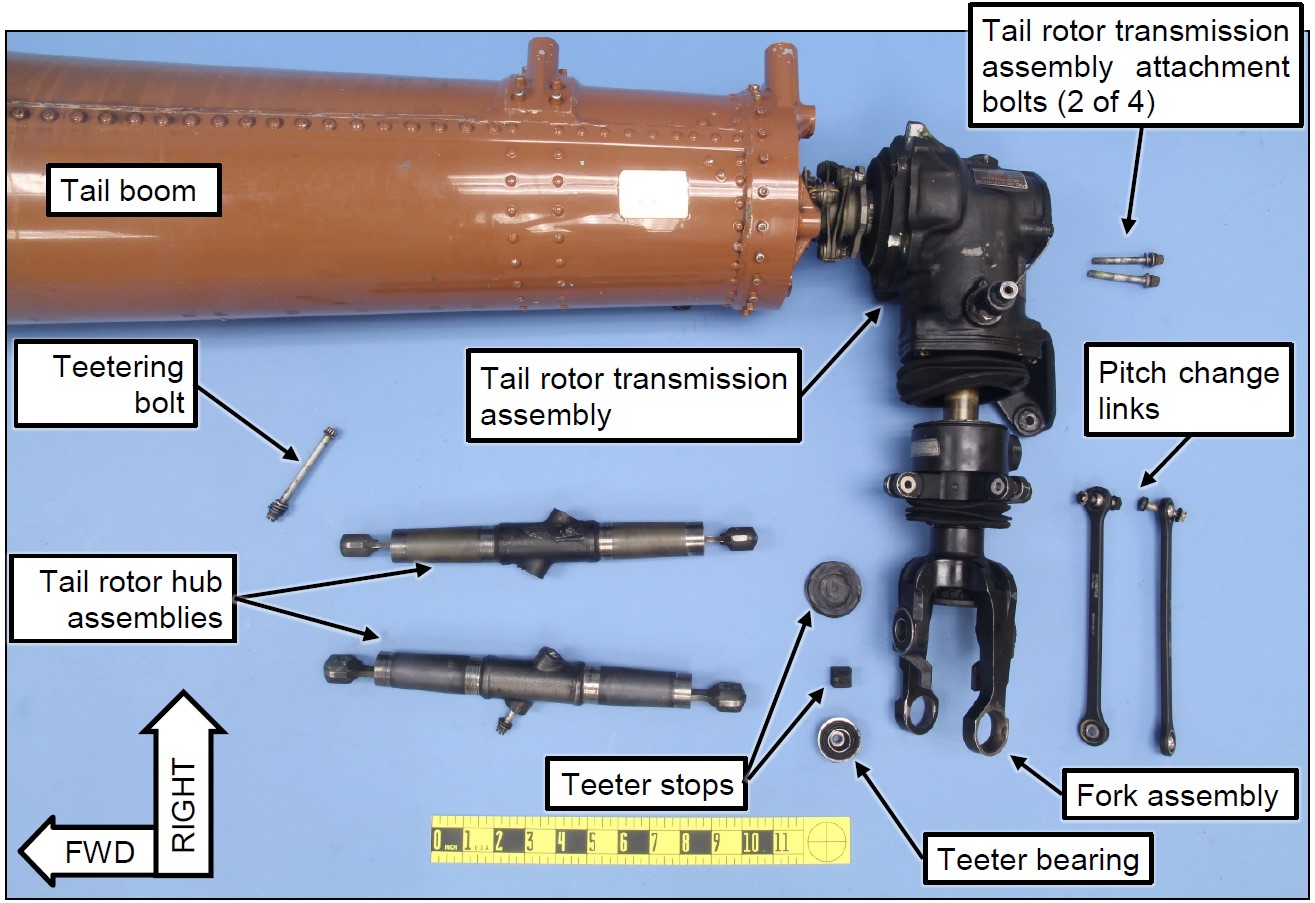 The TR assembly was on the verge of imminent failure. Based on the observed damage, it is likely that with continued operation, the TR would have very shortly separated from the helicopter, rendering control difficult or impossible.

All four TR blades remained attached to the fork, but the outer (furthest from the transmission) blade pair remained only partially attached to the fork. The outer teeter bolt was fractured and only a portion of it was recovered. Of the two teeter bearings that were normally mounted in the outer pair of fork arms, one was absent and presumed lost in flight. The remaining outer teeter bearing had debonded from its fork arm, and both it and its fork arm seat exhibited fretting damage on their mating surfaces.

The fretting indicated that there was relative motion between the bearing and its seat, caused by helicopter operation with a debonded bearing.

….the fractured teeter bolt and the two fractured attach bolts had all failed in fatigue.

The teeter bearings had been improperly installed in the fork during overhaul or during maintenance by the operator. Contrary to MDHI overhaul guidance, none of the four teeter bearing installations, including the two debonded ones for the outer blade pair, displayed any evidence of the presence of either primer or scrim cloth. “Scrim cloth” was a single-ply layer of glass fabric that should have been installed at the bearing-fork mating juncture to ensure proper bonding of the adhesive that secured the bearing in its fork seat.

[M]aintenance records indicated that the accident fork was overhauled by an outside vendor. Information provided by the operator indicated that it had not replaced or reinstalled any of the bearings, and the available records did not specify the serial numbers of the bearings installed during the overhaul. However, contrary to the operator-provided information, research revealed that the operator had independently purchased at least five bearings subsequent to the installation of the overhauled fork, and that at least two of those bearings, including one that had disbonded from the fork, were installed on the helicopter at the time of the accident.

The operator was unable to provide any explanation for the improper repair or why their installation of new teeter bearings was absent from the maintenance records. Subsequent to these findings, an FAA search of the operator’s premises did not locate any additional overhauled TR assemblies.

Contrary to the MDHI TR transmission installation guidance, paint was observed on the faying surfaces of the transmission-tail boom mounting pads. The operator had partially cleaned these surfaces during postaccident removal of the transmission before the investigative examination took place; therefore, the thickness or condition of that paint, or a reliable estimate of its effect on the joint clamp-up, could not be determined.

Reduction in joint clamp up, due to compression or breakdown of the paint in the joint, particularly over time, has the potential to result in shear failure of the attachment hardware threads and/or fatigue and failure of the attach hardware, by allowing relative motion between the TR transmission and the tail boom. This condition can be aggravated by increased vibrations due to multiple sources, including but not limited to TR imbalance, disbonded or deteriorated elastomeric bearings, and improper torque of the TR transmission attach hardware. When asked, the operator was unable to provide any explanation for the improper paint application.

The available evidence indicates that the failure sequence began with the disbonding of one or both of the improperly installed outer teeter bearings from their respective fork seats. This permitted increased vibration of the TR, which then caused the outer teeter bolt to rapidly fatigue and fracture. The fracture failure of the outer teeter bolt resulted in the in-flight liberation of one outer teeter bearing and a segment of the outer teeter bolt. This further increased the vibration level, which caused the failure of all four structural attach points that secured the TR transmission (including the TR) to the tail boom and resulted in the TR being retained on the helicopter only by the TR drive shaft and the pitch control linkage. Neither of those components was designed to retain the TR transmission, and likely would have failed rapidly with continued operation, resulting in loss of the TR. The pilot’s decision to land as quickly as possible likely prevented the loss of the TR and subsequent loss of control of the helicopter.

NTSB note that Magnum Helicopters a wholly owned subsidiary of Schuman Aviation Company of Oahu as is Hawaii Aviation Services (HAS).  HAS is an FAA Part 145 repair station and the primary maintenance provider for Magnum.

The operator’s improper installation of the tail rotor (TR) teeter bearings, which resulted in cascading in-flight failures of the TR components and attach hardware. 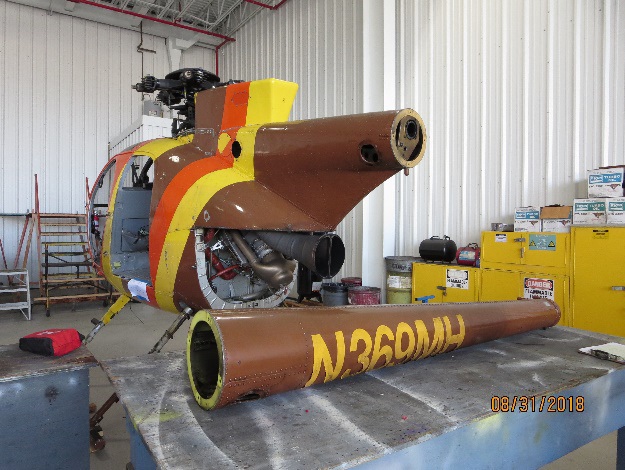 Aerossurance is sponsoring OGUK‘s 2021 aviation seminar, this year a free webinar spread across 30 June and 1 July. 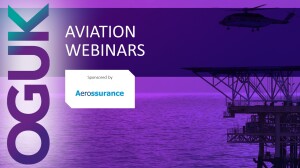