On 16 October 2019 a passenger being escorted across the apron of Augusta Regional Airport (AGS), Augusta, Georgia to a waiting Learjet operated by department store Dillard’s was seriously injured by the jet blast from Bombardier BD-700-1A10 Global Express XRS N307KP that had just started to taxi.  The US National Transportation Safety Board (NTSB) issued their safety investigation report on 6 April 2022.

According to the injured passenger, she and six other passengers were being escorted by one of their pilots to a Learjet. She stated that she was about 70 ft from the Bombardier when she was knocked over by the jet blast from the engine. 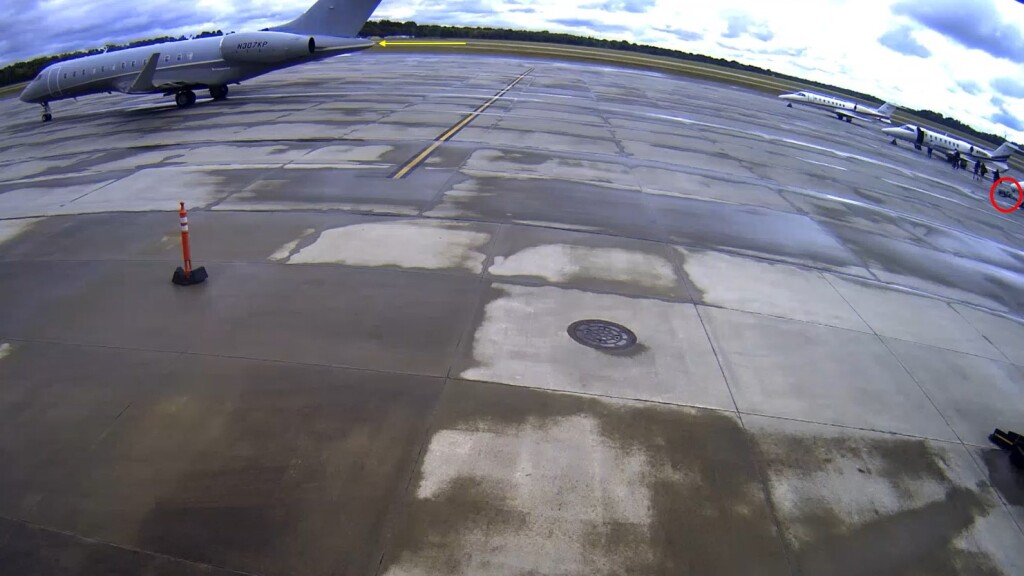 Sill from Video of Jet Blast Incident (Credit: via NTSB) CLICK FOR VIDEO

The FO also stated the injured person was briefly unconscious,  A second passenger was blow over but only suffered cuts to her knees.

The Bombardier aircraft had arrived to drop one passenger off:

They shut down the left engine and deplaned the passenger, restarted the left engine, and taxied back to the runway.  During the entire stop, the rotating beacon was on and the right engine was operating.  The captain stated that he used normal breakaway power to get the airplane out of the parking spot, then taxied at normal speeds.

The NTSB Probable Cause was:

The first officer’s failure to maintain a safe distance from a large turbine-powered airplane while escorting passengers, resulting in a passenger encounter with jet blast.