On 23 April 2016 Virgin Australia Boeing 737-8FE VH-YIW was operating from Auckland, New Zealand to Faleolo Airport, Apia, Samoa.  Unbeknown to the crew, the right engine nacelle made contact with the runway during the landing and been damaged.  The damage was not detected for several days. 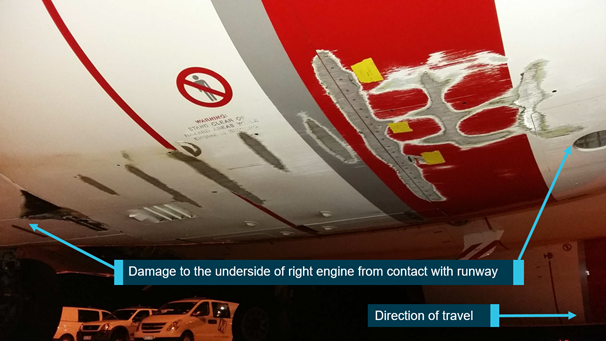 The Australian Transport Safety Bureau (ATSB) explain in their safety investigation report (issued 30 June 2020) that the aircraft was expected to depart on the return sector before the arrival of approaching Tropical Cyclone Amos (TC Amos).

At 2100 Coordinated Universal Time [UTC].about seven and a half hours before the planned take-off, the operator’s cyclone management team (CMT) reviewed the weather information…and determined that the flight could continue with additional risk mitigation in place. Specifically, the aircraft was required to carry maximum fuel, to allow for 60 minutes’ holding fuel at Samoa and for possible diversion to an alternate landing at Nadi, Fiji. Furthermore, engineering coverage was required at Samoa, or an engineer had to be carried on board from Auckland.

The flight departed from Auckland at 0433. The captain was the pilot flying and the first officer was the pilot monitoring. During the flight, the crew sought and received regular weather updates from the operator’s flight following service (flight following). While planning for the descent, approach and landing, the crew decided they would not commence the descent until they had received a weather report from the aerodrome tower controller. 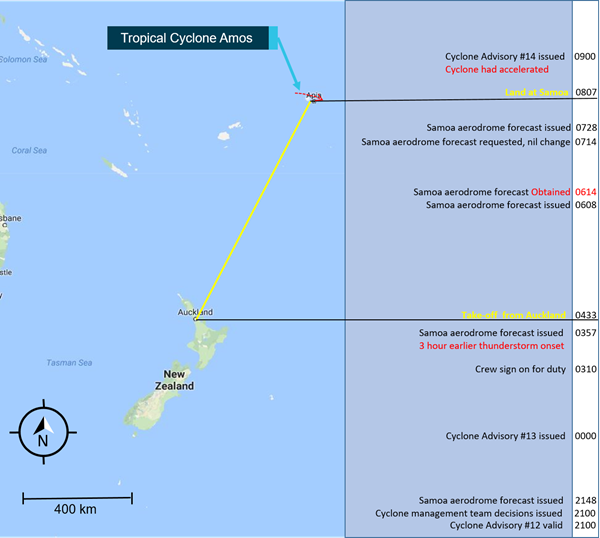 The flight crew were only able to make contact by HF radio and based on the feedback received decided they would conduct one approach and if unsuccessful they would divert.

During the approach, the crew reported observing heavy rainfall on the aircraft’s weather radar display. The crew also reported that the conditions were not as turbulent as previously expected. On approach to land, the crew established visual reference with runway 08 at about 700 ft above ground level, and continued the approach.

The captain disconnected the autopilot at 260 ft and then inadvertently activated the take-off/go-around (TOGA) function. He immediately realised, corrected this action and then deactivated the auto throttle as originally planned.

The weather conditions remained within the aircraft’s operating limitations, and were therefore suitable, during the approach and landing.

The flight crew were required to maintain a stabilised approach from 1,000 ft above the aerodrome elevation until touchdown. If the approach became unstable during this segment, the crew were required to conduct the missed approach procedure.  The operator’s flight procedures stated that…”should it become apparent that the aircraft will touch down significantly short of the touch down aiming point, or beyond the end of the touch down zone (1000 m/3000 ft from the threshold or first third of the runway, whichever is less), the pilot flying shall initiate a go-around”.

After about 20 seconds of manual flying on final approach, the aircraft started to drift left. The aircraft touched down about six seconds later. During those six seconds, both flight crew became aware of the aircraft’s left drift and the captain manoeuvred the aircraft to return to the runway centreline.  The aircraft remained within the touch down zone and over the runway prior to runway contact. A go-around was not required unless initiated by the flight crew at their discretion. The crew reported that they believed that the aircraft remained within the stabilised approach criteria for landing and were comfortable to continue to land.

At 0807UTC, the aircraft landed on the right main landing gear wheels first, followed by the nose wheels, then the left main gear wheels. Flight data indicated that the aircraft was not pitched nose-up to flare for landing before touchdown.

After the Serious Incident Flight

The crew taxied to the terminal and discussed the landing.  While neither crew reported that it was a hard landing, the first officer considered it firmer than normal and consequently checked the landing data. Having only been informally shown how to access this information, the first officer recalled identifying the touchdown as 1.45 G landing with a 10° right roll. This alleviated his concerns of a hard landing and he communicated this to the captain.

In preparation for the return flight, the captain and the engineer both conducted independent external pre-flight aircraft inspections in the heavy weather conditions. During this time, the weather deteriorated further and the crew postponed the return flight until the next day.

The following day, and with a significant improvement in the weather, the captain and the engineer both conducted separate external pre-flight checks of the aircraft in preparation for the day’s flying. Neither inspection detected the right engine nacelle damage. At least four separate external visual inspections were conducted on the aircraft between landing at Apia, and taking off the next day. No external airframe damage was detected or reported from either the crew or engineer before it departed.

Two days later, the operator’s flight data section detected [via Flight Data Monitoring (FDM) that] the aircraft had encountered a designated hard landing with a significant angle of bank at Apia. Delays in uploading the data to the operator’s flight data system occurred due to the operator not having immediate data download capabilities at overseas ports. This data was uploaded on return of the aircraft from its overseas sectors to Australian ports. This, coupled with an Australian public holiday, meant a further day’s delay before the information was interpreted by the operator’s maintenance watch function. 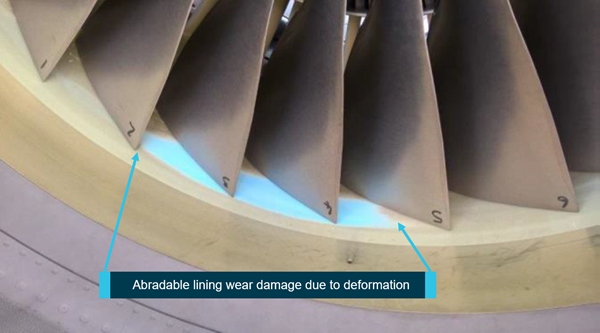 …the captain reported having 3–4 hours’ sleep the night before the occurrence flight, and he had been awake for 13 hours at the time of the engine nacelle strike occurrence. He also stated that he did not feel fatigued, but most people generally underestimate their level of fatigue (Battelle Memorial Institute 1998). The first officer had significantly more sleep prior to the occurrence flight.

Overall, primarily due to restricted sleep in the previous 24 hours, it is likely the captain was experiencing a level of fatigue during the occurrence flight likely to have a demonstrated effect on performance. However, there was insufficient evidence to conclude he was experiencing a significant level of fatigue.Other factors, such as reduced visual cues and environmental conditions, can explain the handling events, and the environmental conditions and context during the approach is likely to have elevated the crew’s arousal level.

Runway shape and slope illusions:  At a given altitude and distance from a runway, the slope of a runway will affect the amount of runway visible to a pilot. For a down-sloping runway such as Apia, this will result in less of the runway being visible. Pilots may perceive this lack of visibility as the flight path being below the correct approach path and as a result, the pilot may fly a higher-than-normal approach to achieve the runway visibility that would be present on a level runway.  Both flight crew identified this runway as having a significant down slope, which increased the difficulty of landing at Samoa. They also reported heavy rain on approach, which did affect visibility. However, both crew had a high level of experience operating into this airport and did not report any issues relating to the slope or visibility of this approach.

Black hole approach:  A black hole approach is…an approach path at night with no visual cues between the aircraft and the intended runway on final approach to land. Black hole illusion occurs when darkness and an absence of visual cues, such as lights, may induce a false perception of altitude and/or attitude.  When the environment along the approach path is dark, with only the distant runway or airport lights providing visual stimuli, an illusory or false sense of height and/or attitude may be perceived. The absence of peripheral visual cues provides a false illusion of height to the pilot, often resulting in the inadvertent reaction to fly the aircraft lower than the normal approach path.

Neither pilot reported the workload during the approach as being too high to manage. They briefed for the approach and were actively monitoring the weather conditions, and they addressed the increased requirements for radar scanning successfully. However, final approach is normally known as a period of high workload for pilots, particularly at night. In this case, the workload was further increased by the changing weather conditions. The difficulty in communications with the tower, the crosswind, manual control of the aircraft and the potential influence of fatigue also added to this workload.

When the captain mistakenly selected take-off/go-around (TOGA) from the throttle controls instead of auto thrust disconnect, it had the effect of removing the flight director. This momentarily left the flight crew without a simple representation of pitch and bank angle guidance. With reduced visual cues due to the night-time conditions, rain and increasing crosswind on touchdown, the last 100 ft of the approach likely required the crew’s full attention to deal with the situation.

Although the flight crew’s workload was undoubtedly higher than normal, the available evidence is not consistent with it being beyond the crew’s capabilities, and it is not possible to conclude that their elevated workload reduced their handling of the aircraft or their subsequent awareness of a nacelle strike.

In relation to the post-flight detection of damage:

During the post-event investigation, the operator found that flight crew were not specifically instructed on how to interpret this data. Consequently, the FO did not understand the limitations in how the data was displayed, which led the flight crew to believe the landing was within acceptable limits, and alleviated any concerns they may have had with the landing. As a result, the flight crew did not alert the maintenance engineer of an increased likelihood of a hard landing or possible runway contact with the airframe. 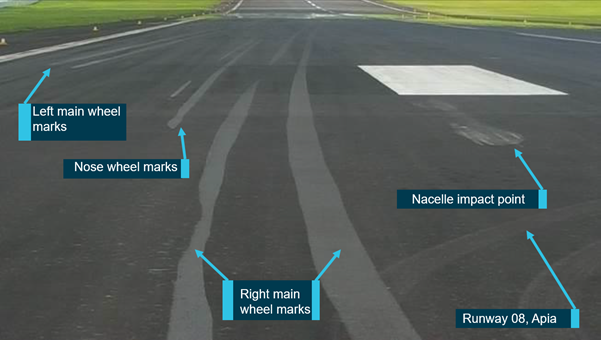 ATSB note that the flight crew pre-flight inspection includes an explicit requirement to inspect the underside of the nacelles for damage. This was added to the operator’s procedures in 2011, adding more specificity to an existing requirement to check that the engine exterior was not damaged.

…however, the operator’s flight crew training package did not reflect the specific requirement to check for this damage.  No additional equipment, such as mirrors or waterproof clothing, were issued to flight crew to facilitate this level of inspection. The captain conducted the planned return sector pre‑flight inspection at night, in heavy rain and wind. Although the environmental conditions were not optimal, the captain considered the inspection to be adequate. However, the flight did not proceed due to the weather and departed the next day, after an additional pre‑flight inspection, when conditions had eased. No flight crew inspections for the next four flights were effective in detecting the nacelle damage. Consistent with other occurrences investigated by the ATSB, this may have been influenced by an expectation that no damage was present.

Additionally, a licensed engineer was required to conduct an external inspection before the first flight of a day and conduct a separate external inspection using a different inspection schedule before an aircraft conducted an extended range twin-engine operations (ETOPS) flight. Engineers were required to carry out a visual check of various components for ‘obvious signs of damage’. This included the inlet cowl outer surfaces and the abradable shroud. Neither…specifically required the underside of the nacelle to be visually inspected.  …the inspection requirements were broad in their requirements and not specific in their intent. This may have led to engineers not specifically inspecting under the engine nacelles. Since the occurrence, a specific requirement to inspect the nacelles’ underside has been added to engineers’ procedures.

A further risk factor was: 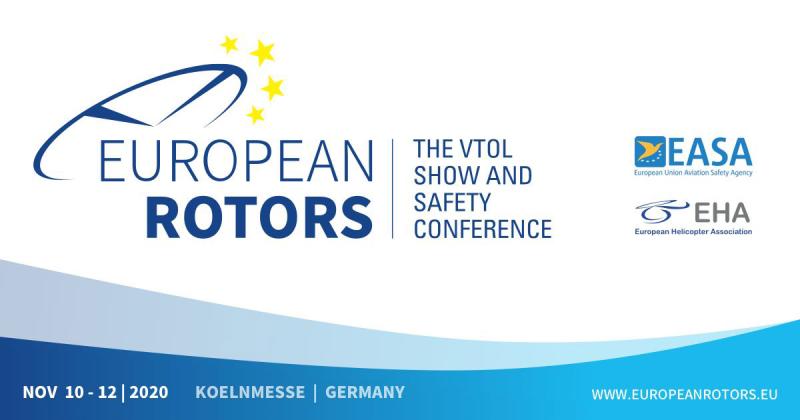