The crew were on the third sector of the day, from Liverpool to Paris Charles de Gaulle. The takeoff was planned from Runway 27 with Configuration 1+F (leading edge slats extended to 18° and trailing edge flaps extended to 10°) and an aircraft gross weight of 62.6 t.  The co-pilot was the Pilot Flying (PF).  The AAIB report that:

The takeoff roll was normal. …after lift-off the co-pilot called for “gear up”; the commander replied “gear” but inadvertently placed her hand on the flap lever instead of the landing gear lever and selected Flap 0. She realised the error and moved the flap lever back to the Flap 1 position, whereby the slats remained extended but the flaps continued to retract.

The co-pilot recalled hearing the commander call “gear” and looking at the gear lever but not seeing the commander’s hand on the lever. However, by this time the flap lever had already been moved and returned.

Data from the Quick Access Reorder (QAR) showed that passing 181 ft radalt height at 162 kt, both the flap and slat angles had started to reduce.

The slat angle reduced slightly from 18° to 17.2° but then returned to 18°. The flap angle continued to retract to 0°.  No movement of the flap lever was recorded. However, flap lever position is only recorded every two seconds, so it is likely that the lever was moved and returned in less than this time.

Both pilots…focused on flying the aircraft. They reduced the pitch attitude to accelerate and, maintaining a positive rate of climb, retracted the landing gear. They considered using TOGA thrust but decided this was not necessary. Throughout the incident the airspeed remained above Vls [the lowest selectable speed].

Once the aircraft was stabilised, the autopilot was engaged and the slats were retracted.

The flight was completed without further incident.

The AAIB note that…

…neither pilot could identify any reason why the slip had occurred.

They were not aware of any distraction and did not report feeling fatigued.

The AAIB explain the flap system logic as being as follows:

If, after takeoff (and above 100 kt), the flap lever is moved from Position 1 to 0 and then back to 1, the slats and flaps begin to retract but, although the slats will extend again, the flaps will continue to retract.

The AAIB have reported on four similar flap mis-selection incidents in Bulletins 9/2017 (G-EZEW at Bristol, which briefly discuses G-EZWM at Nice) and 8/2016 (G-EZFA at Bristol and G-EZTZ at Amsterdam), after which…

…the operator modified its standard operating procedures (SOPs) for selection of landing gear and flaps. The change introduced a pause before the selector of the landing gear or flap. 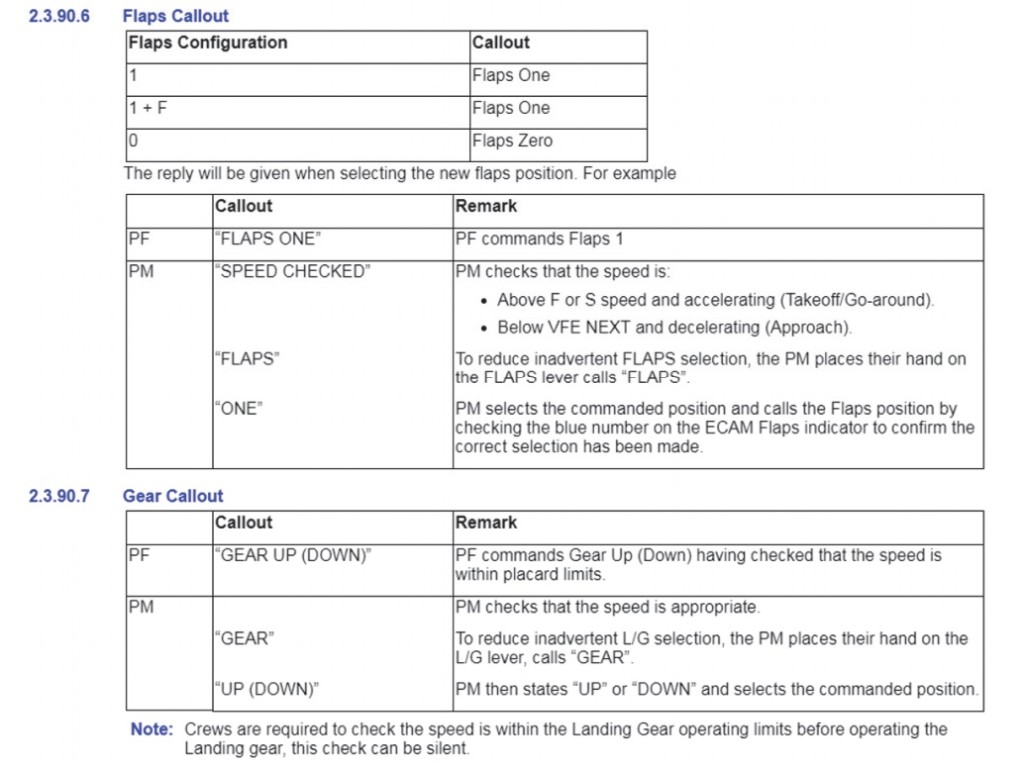 The operator’s change notification highlighted that the pause was introduced ‘so that the PM [Pilot Monitoring] cognitively confirms the proper lever has been selected’ and ‘allows PF to intervene if he or she notices an incorrect selection is about to be made’.

The operator reported to the AAIB that they concluded that..,.

The flap retraction by the Captain was a ‘selection error’. This is a type of ‘action slip’, where an out-of-sequence step (the flap selection) is included in a series of routine, well-learnt behaviours (take-off procedure). Action slips are related to variability of sensorimotor coordination, sometimes called ‘motor memory’. Action slips are hard to detect as the action itself is not under conscious control from a human information processing perspective. Based on FRMS [Fatigue Risk Management System] analysis fatigue is not considered a contributory factor.

The operator highlighted that the mis-selection was quickly recognised and promptly responded to in accordance with the operator’s upset recovery training.  They also revised 5 previous actions: 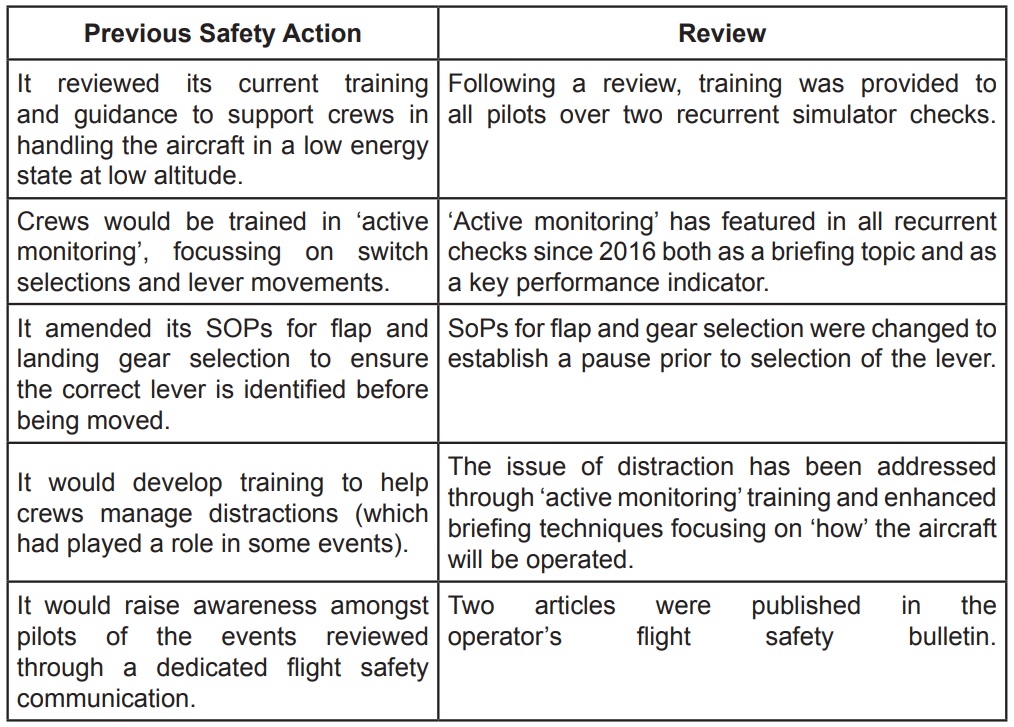 After takeoff, the commander inadvertently selected the flaps up instead of the landing gear. The error was quickly recognised, the flap lever was returned to the flap 1 position and the flight crew focused on achieving a safe flight path in accordance with the operator’s upset recovery training.

It was not possible to identify a definitive reason why the inadvertent selection occurred. Following the incident, the commander stated that in future she will employ a longer pause to double check the correct lever selection and allow time for the pilot flying to intervene should they see the wrong lever has been selected.

The operator reviewed the action taken following previous events which highlighted that the training provided to manage the aircraft in a low energy state at low altitude had been effective in this incident.