According to the US National Transportation Safety Board (NTSB) investigation report issued 7 May 2019 a “near controlled flight into terrain (CFIT) incident occurred near Mt. Wilson, California, when a Boeing 777-300 departing Los Angeles International Airport (LAX) was instructed to turn left toward rising terrain after departure from runway 07R”.

The serious incident occurred on 16 December 2016, at about 01:25 local time when Eva Air flight 015, a B777-300, registration B-16726, was departing LAX for Taipei with 353 people on board.  Air traffic control services were provided by the Federal Aviation Administration (FAA) Southern California Terminal Radar Approach Control (SCT TRACON).

Due to weather in the area, LAX was operating in an east flow configuration with aircraft departing to the east. The Boeing 777-300 pilot contacted the SCT controller and was given an initial climb to 7,000 feet.

While in the left turn, the pilot requested a high speed climb which resulted in the aircraft accelerating beyond the 250 knot LAX class B speed restriction and required additional airspace in order to complete an assigned turn. 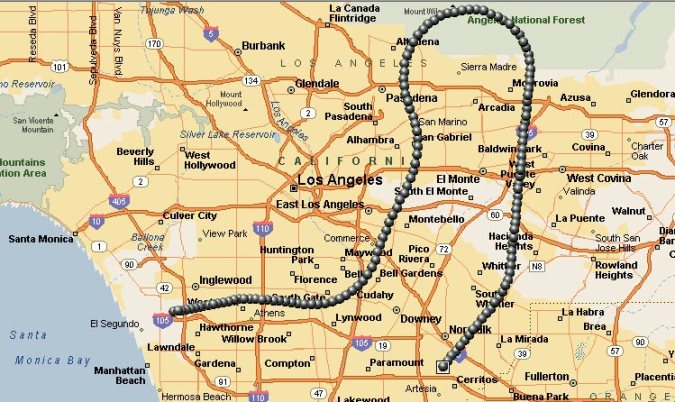 The air traffic controller stopped the climb of the B777-300 and issued a left turn to a heading of 270 degrees. These turns in quick succession, combined with the speed of the aircraft, resulted in the flight tracking northbound toward rising terrain. 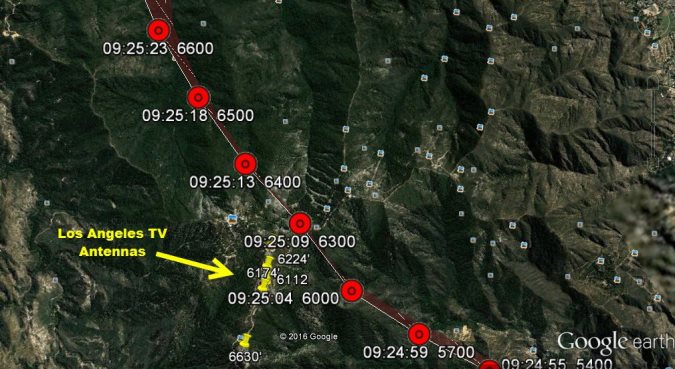 Radar data overlaid on a Google Earth image with the TV antennas and the associated heights plotted (Credit: NTSB)

A request was made through the Taiwanese Aviation Safety Council [ASC] for the Enhanced Ground Proximity Warning System (EGPWS) data from the aircraft. The EGPWS data provided to the NTSB indicated that at 0924:30, the EGPWS system generated four “caution terrain” alerts to the aircrew. At 0924:41, there were four more “caution terrain” alerts provided to the aircrew. At 0924:49, the EGPWS system generated a “pull up” alert that lasted until 0924:56. [There is no indication the FDR was downloaded, though this may be due to a delay launching the investigation.  The crew reported they responded by increasing the rate of climb].

The closest lateral and vertical proximity between the airplane and terrain/obstructions was about 0.3 miles and 0 ft, respectively, which is less than the minimum separation requirements. 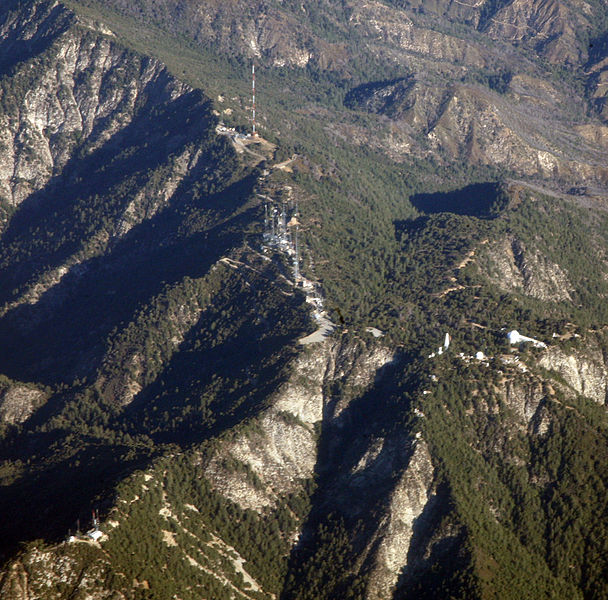 This incident was reported through the submission of a Mandatory Occurrence Report (MOR) completed on December 16, 2016, by the SCT Operations Manager.

The FAA did not initially consider this worthy of internal safety investigation:

NTSB also reveal that the controller tried to submit an Air Traffic Safety Action Program (ATSAP) report but was not able to do so until the 24 hour period had expired due to login problems.  The NTSB queried with the FAA if this report had been accepted by the ASTAP ‘Event Review Committee’ but the FAA declined to say.  Subsequently:

On Monday December 19, 2017 [we believe this is a typo and should be 2016], the FAA’s National Quality Assurance Group Manager, reviewed the data from the MOR involving EVA015. He had previously worked at SCT and recognized the severity of the loss of separation with terrain and obstructions. As a result, an SRT was immediately scheduled and conducted on December 19, 2017 [sic].”

Details appeared in the local press on 20 December 2016 and audio was released that showed some non-standard and confusion dialogue:

The investigation team did not first meet until 9 January 2017.  It is not clear when the NTSB were actually informed.

One interviewee, an FAA ATC supervisor at SCT commented that:

He was told that LAX went to an east operation, which did not surprise him because of the wind. SCT operated “west traffic” or “over water” 99% of the time, and when LAX switched to east traffic no one considered the minimum vectoring altitudes (MVAs) . [He] felt that facility training was not good for east traffic operations, and that there was a reluctance to switch to east traffic, usually waiting until the last minute to do so.

He also reported that SCT was short of supervisors, necessitating overtime.  Another interviewee commented:

…under reporting was part of controller culture in the FAA but SCT was a lot worse than most places.

The incident was caused by the air traffic controller assigning the pilots a left turn instead of the required right turn after departure which placed the aircraft in an unsafe proximity with terrain and obstructions.

Contributing to the incident was the air traffic controller’s inadequate recovery technique during the development of the incident.

No FAA safety action is reported by NTSB.