On 31 December 2017, Cessna 208B Grand Caravan TI-BEI, operated by Nature Air, crashed while manoeuvring after takeoff at Islita Airport (MRIA), near Corozalito, Costa Rica. The 2 flight crew and 10 passengers (all 10 US tourists) were fatally injured.  There was a post crash fire. 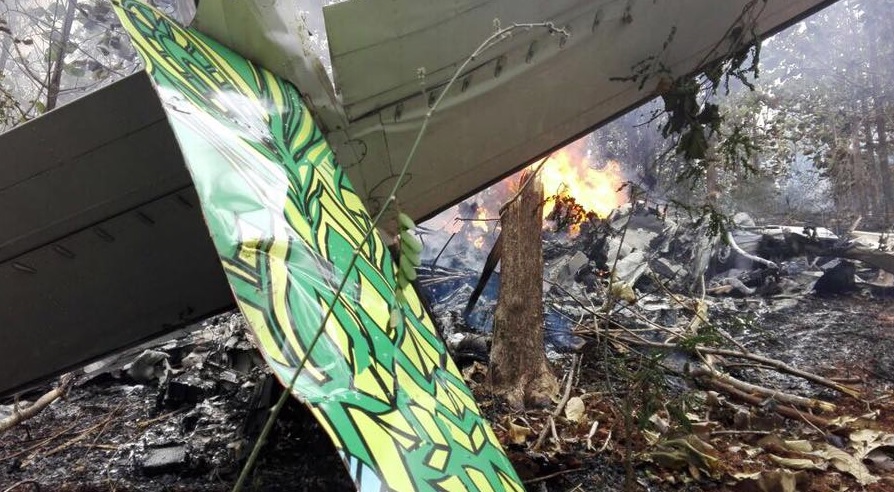 The C208 was the second of a pair of  C208Bs transporting hotel guests from MRIA to Juan Santamaría International Airport (MROC), San Jose, where most of the passengers had connecting international airline flights.  The US National Transportation Safety Board (NTSB), who were delegated this accident investigation, say in their safety investigation report that:

The flight departed a nontower-controlled airport that was in a valley surrounded on all sides by rising terrain, with the exception of the area beyond the departure end of runway 21, which led directly toward the Pacific Ocean.  The airport had a single paved runway, runway 3/21, that was about 3,000 ft long and 30 ft wide. 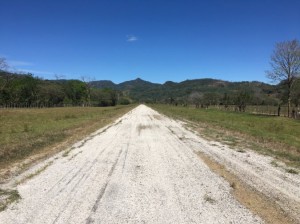 The…first airplane departed runway 3…and made an immediate right turn to the east/southeast after takeoff, following a pass in the hills over lower terrain that provided time for the airplane to climb over the mountains.

Both a witness and surveillance video footage from the airport indicated that, 15 minutes later, the accident airplane also departed from runway 3 but instead continued on runway heading, then entered a left turn and descended into terrain. 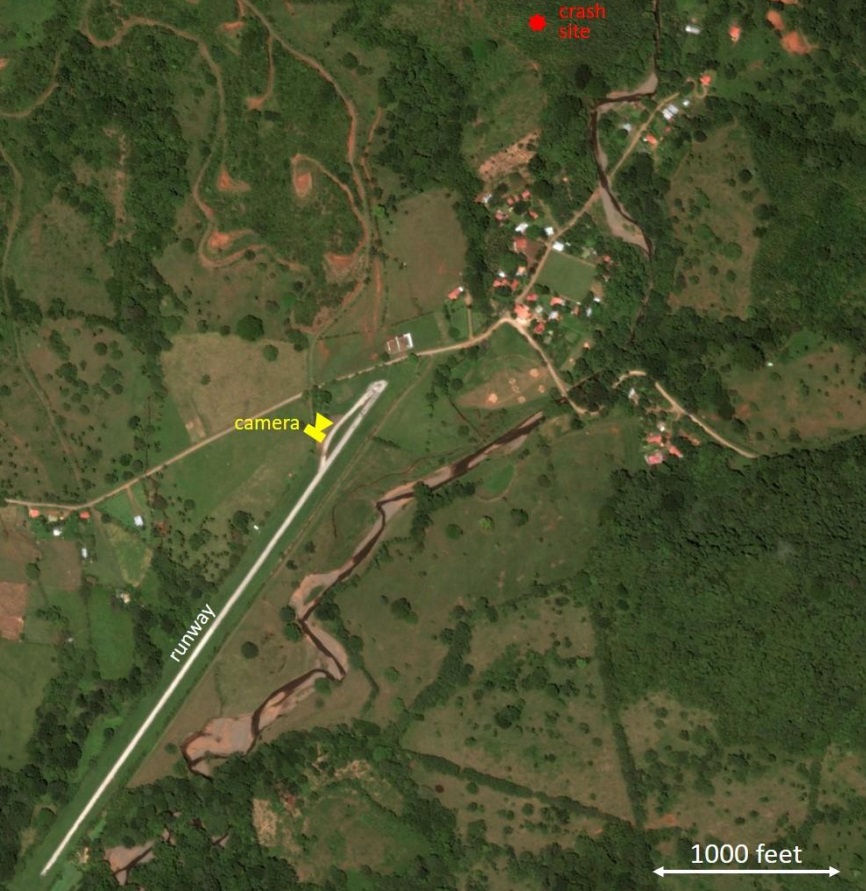 The Pilot’s Operating Handbook (POH) for the airplane listed a gross weight stall speed at 60° bank with 0° and 20° flap settings as 110 kts calibrated airspeed (kcas) and 98 kcas, respectively.

Although a takeoff from runway 21 afforded the most favorable terrain since the airplane would fly over lower terrain to the ocean, it is possible that a significant enough tailwind existed for runway 21 that the pilots believed the airplane’s maximum tailwind takeoff limitation [10-kt] may be exceeded and chose to depart from runway 3 in the absence of any information regarding the wind velocity.

The investigators note that no windsocks were installed at the airfield at the time of the accident.

Wind models at 10 meters above ground level indicated that, for the time of the accident, the wind was about 5 knots from the northeast.

Performance calculations showed that the airplane would have been able to take off [on runway 21] with up to a 10-kt tailwind, which was the manufacturer limitation for tailwind takeoffs.

The witness who saw the accident reported that he spoke with the pilots of both airplanes before the flights departed and that the pilots acknowledged the need to use the eastern pass in order to clear terrain when departing from runway 3. The reason that the flight crew of the accident airplane failed to use this path after takeoff could not be determined. It is likely that, after entering the valley ahead of the runway, with rising terrain and peaks that likely exceeded the climb capability of the airplane, they attempted to execute a left turn to exit the valley toward lower terrain. During the steep turn, the pilots failed to maintain adequate airspeed and exceeded the airplane’s critical angle of attack, which resulted in an aerodynamic stall and impact with terrain. 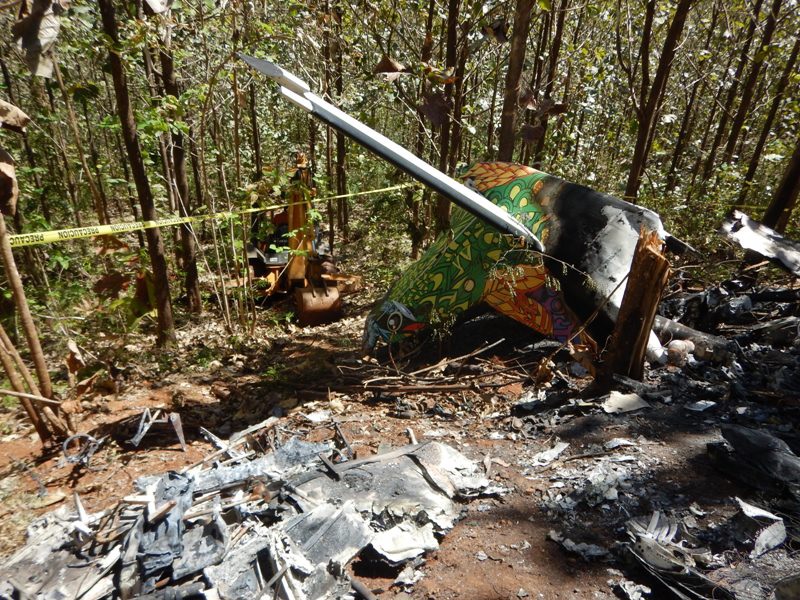 The flight crew’s failure to maintain airspeed while maneuvering to exit an area of rising terrain, which resulted in an exceedance of the airplane’s critical angle of attack and an aerodynamic stall.

Contributing to the accident was the flight crew’s decision to continue the takeoff toward rising terrain that likely exceeded the airplane’s climb capability, the lack of adequate weather reporting available for wind determination, and the lack of documented training for an airport requiring a non-standard departure.

Costa Rica’s aviation authority (Dirección General de Aviación Civil) suspended the airline’s AOC on January 12, 2018 because several key employees were no longer with the company.  Nature Air’s pilot training director died in the accident while operations manager quit and the safety manager had requested a leave of absence.

This ‘temporary’ suspension was lifted two months later but made became ‘indefinite’ in May 2018 due to the airline’s subsequent financial difficulties.