The Accident Investigation Board Norway (AIBN – the Statens Havarikommisjon for Transport  [SHT] in Norwegian)  has opened an investigation into this serious incident.  As the northern winter develops investigation is a reminder of the possible seasonal weather related threats.

A Jettime ATR72 Operated for SAS (Credit: Unknown via FG)

…was climbing towards the planned cruise altitude 17 000 ft, when it became unable to continue the climb due to severe icing at approximately 15 000 ft. This in spite of the aircraft anti- and deicing systems being activated.

The crew decided to head towards the coastline, partly in order to escape the icing conditions, and partly to avoid flying over the mountainous terrain below.

Just after having initiated the turn, the crew experienced problems controlling the airplane, which banked uncontrollably and lost significant altitude.

The crew regained control of the airplane and got out of the icing area. The ice on the airframe disappeared, and the flight continued along a more westerly track than originally planned.

Both the French and the Danish national accident investigation authorities have appointed Accredited Representatives who, together with advisors from ATR, will assist the Accident Investigation Board Norway with the investigation.

We will return to this Serious Incident as information emerges from the investigation.

Jet Time has discontinued its cargo and ACMI business units for SAS Scandinavian Airlines in an effort to save the carrier. As a result, 278 positions will be cut, reducing staff by 35% over the next nine months.  According to a Nov. 29 statement, Jet Time will phase out the two business units in 2017.

[CEO Jørgen] Holme said the company wants to return to Jet Time’s original core business—charter flights—which paved the way for the airline’s initial success. “The cargo and ATR 72 ACMI businesses have created too much complexity for Jet Time, and they are the direct reason why the airline has in past years operated with a deficit”.

Jet Time is a Danish-owned airline that was established in 2006. Over the years it has become the largest Danish carrier with an annual turnover of more than DKK 1.7 billion ($243 million) and more than 700 employees.

The AIBN, since renamed the Norwegian Safety Investigation Authority (NSIA) has published their final report and a video:

The AIBN is of the opinion that the control loss was the result of insufficient planning and inappropriate decisions en route, such as the attempt to climb above the icing conditions despite degraded aircraft performance as well as use of the autopilot in altitude hold mode. 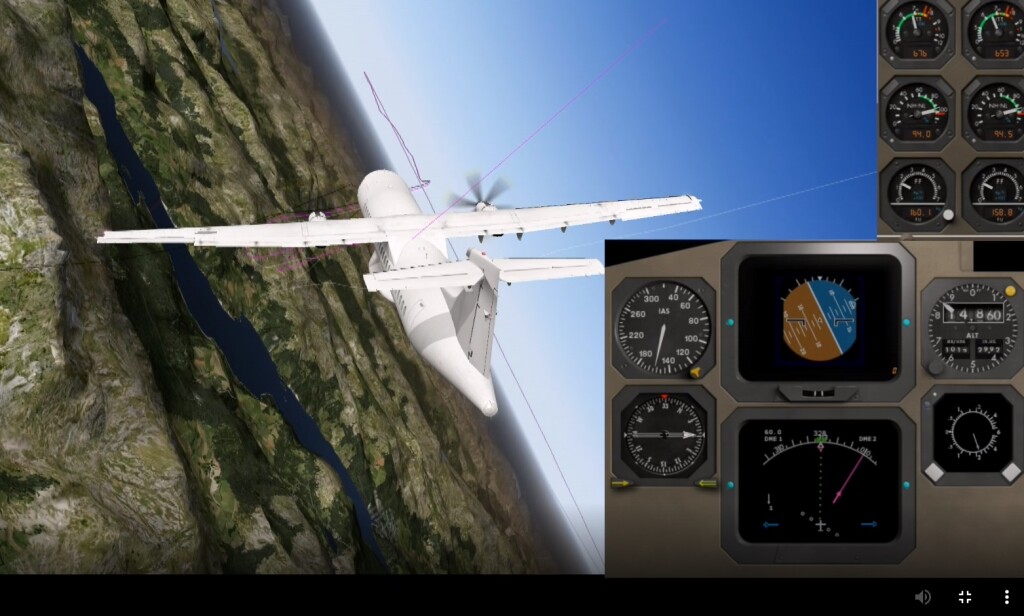 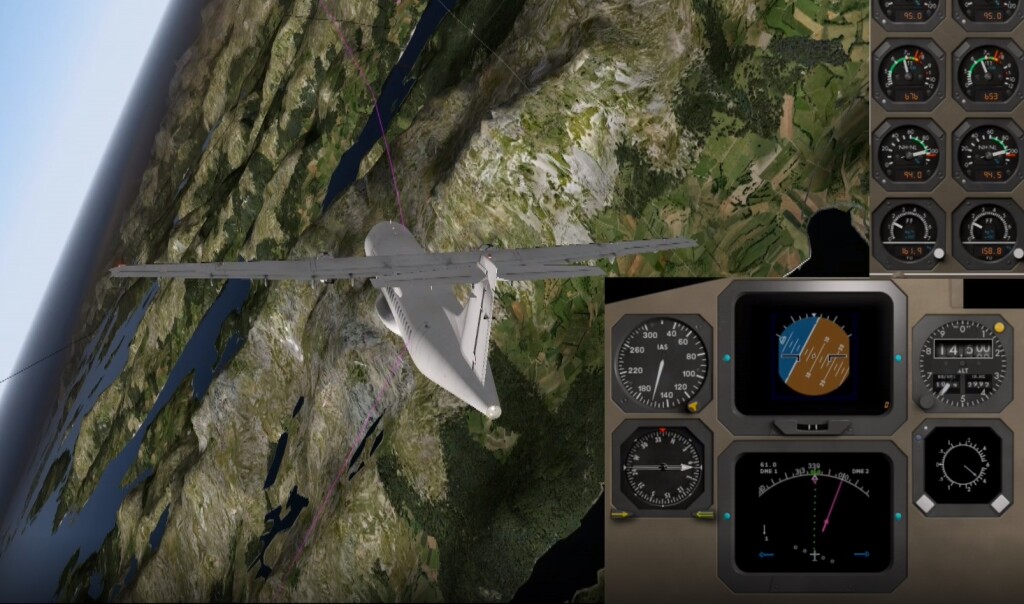 Another factor that contributed to the non-optimal recovery was that two memory items on the checklist for stalling, deploying flaps and increasing engine power, were omitted.

However, the crew quickly regained their composure and the rest of the flight and landing at Ålesund Airport Vigra proceeded without any further problems.

The AIBN is of the opinion that icing should be a priority item in risk analyses for airlines that plan to operate in Norway during the icing season, and that it is important to take the characteristics of the aircraft type into account. Such analysis should conjointly consider the flown routes, the flown flight levels, expected icing conditions, and mitigation actions to adverse conditions including icing, with regard to the aircraft type and specific performance.

UPDATE 29 December 2016: An icing related Serious Incident involving ATR 72 G-COBO operated by Aurigny Air Services occurred on 21 December 2016 near Guernsey according to the BEA, who describe a:

Brief loss of control due to ice accretion on the aircraft while in the climb.

This Serious Incident will be investigated by the UK Air Accidents Investigation Branch (AAIB).

UPDATE 9 February 2017: AAIB have released a report on a different, 4 March 2016, incident to G-COBO that involved no ground de-icing in snow at Manchester and a subsequent airflow disruption over the tailplane and elevator.  Discussed further in: ATR72 Cognitive Bias Leads to Control Problems

UPDATE 4 October 2017: Swiftair ATR 72-500 EC-KKQ, was involved in a stall incident on 9 September 2017 when it was passing through an area with icing conditions while climbing to FL170 en route from Alicante to Madrid.

The crew recovered from the stall and declared an emergency. The autopilot was switched off and the aircraft experienced a sharp drop in altitude and oscillations. The crew declared MAYDAY to the air traffic control services and was given priority for landing in Madrid. During the approach, there was a blockage problem in the vertical stabilizer which was later linked to a TLU (travel limitation unit) operating problem.

This has been classified as a serious incident.

The aircraft was on a scheduled flight from Guernsey to Manchester. While climbing to a cruising level of FL170 the aircraft began to accrue airframe icing. The crew were presented with a DEGRADED PERF and an INCREASE SPEED caution. The appropriate checklists were not fully actioned and the correct climb speed was not maintained because the crew focused on climbing the aircraft clear of the cloud and icing conditions. The aircraft experienced an in-flight upset whilst levelling at FL130 (as requested by the pilots) and commencing a turn instructed by ATC. The aircraft was subsequently recovered to controlled flight, after which the crew elected to return to Guernsey. There were no injuries.

The loss of control resulted from airframe icing accrued during the climb and incomplete use of the appropriate checklists, leading to selection of an unsuitable speed followed by the use of the LNAV mode of the flight director to initiate a turn.

The operator and manufacturer took several safety actions, including an amendment to the aircraft’s checklist and operating manuals.

Aerossurance has extensive air safety, operations, design, airworthiness and safety analysis experience.  For practical safety advice you can trust, contact us at: enquiries@aerossurance.com