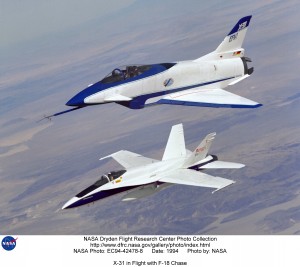 This accident is valuable accident case study, particularly because NASA produced a candid video on the accident and its lessons.

The programme consisted of two Rockwell-Messerschmitt-Bölkow-Blohm X-31 Enhanced Fighter Maneuverability (EFM) aircraft, the first of which made its first flight in 1990.  Rockwell is now part of Boeing and MBB part of Airbus. The aim of the X-31 was to demonstrate the value of in-flight thrust vectoring coupled with advanced flight control systems, to allow close-in air combat at very high angles of attack.  Three thrust vectoring paddles were used to direct the exhaust flow to provide control in pitch and yaw. Movable forward canards and (eventually) with fixed aft strakes were fitted to further enhance pitch control. The X-31 was the only US X-plane programme that was an international collaborative effort (between the US and Germany). It also unique in that it supported two separate test programs during its life, one run largely by NASA and the other by the US Navy.

The loss of the first X-31 (BuNo 164584) came at the end of a highly successful NASA test campaign.  The flight was fitted with a different pitot tube (a Kiel probe), one that was unheated (as were research F-104 probes previously).  The 43 minute flight was nearing its conclusion when ice began forming in the pitot tube. This caused erroneous airspeed data to be sent to the aircraft’s flight control computers. The result was a series of sudden, uncontrollable oscillations in all axes. As the aircraft pitched to 90 degrees angle of attack German pilot Karl-Heinz Lang was forced to eject. 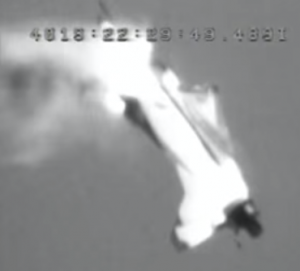 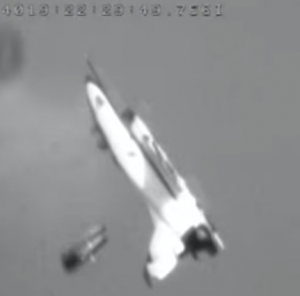 Because the experimental pitot tube did not have a functional heater, X-31 mission rules prohibited flights in any type of precipitation or in the clouds. They did not, however, include a separate stipulation specifically prohibiting flight during potential icing conditions, despite simulations that had showed icing of the pitot static system could lead to loss of control under certain circumstances.

Additionally, the experimental probe installed on the X-31 was more susceptible to icing – a fact discovered through wind tunnel research performed after the accident. Information had been distributed among crew and engineers explaining the pitot tube change, but no formal closed-loop system (an internal system of checks and balances) had been in place to ensure that everyone had read and understood the change – in retrospect, a critical lapse in communication procedures.

The second X-31 went on to fly at that summer’s Paris Air Show and continued flying until 2003 in subsequent test programmes.  The more details on the programme see: Flying Beyond the Stall

After the accident, NASA produced a candid 39 minute documentary that reviewed the accident.  This is now available online:

Former Center Director Ken Szalai said in the opening remarks of one 2004 safety workshop at Dryden after the accident:

Many people involved had the opportunity to break the chain of events that led to the mishap. I was in charge. I cannot blame anyone else.  But lessons from that might be applied to current projects.

Noting that the X-31 team was a highly skilled and experienced one:

If it happened to them, it can happen to you.

Prepare for the Unexpected – Expect to be Unprepared

Aerossurance has subsequently used this case study video many times over a number of years to facilitate successful safety workshops in multiple locations internationally. 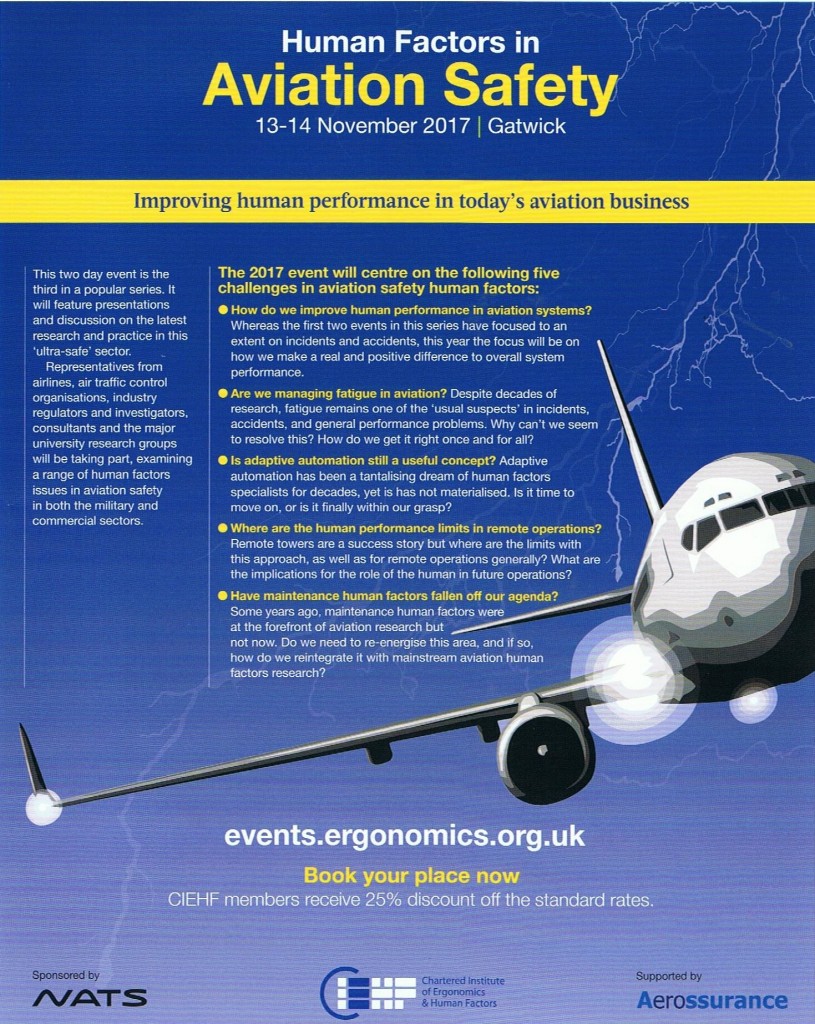 Aerossurance has extensive experience in aviation safety and flight test.  For practical and effective safety management improvement and proven expertise in safety culture and leadership development, contact us at: enquiries@aerossurance.com