On 31 October 1994, 68 people died when an American Eagle ATR72, operated by Simmons Airlines, flying from Indianapolis to Chicago O’Hare, crashed near Roselawn, Indiana due to a loss of control after icing while holding.  The aircraft was in a holding pattern and descending to a newly assigned altitude of 8,000 feet when the initial roll excursion occurred. 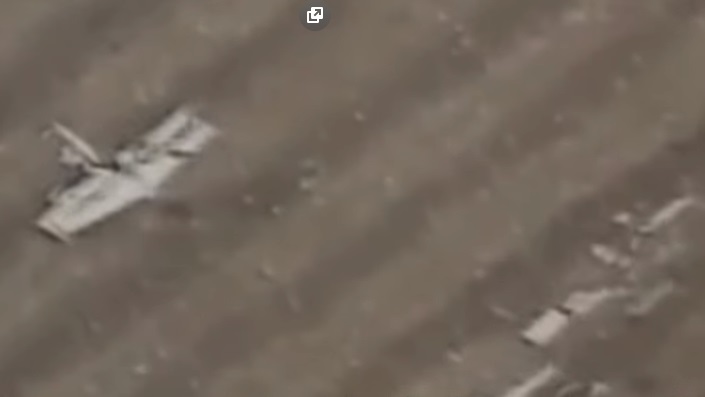 The National Transportation Safety Board (NTSB) investigation was published in two volumes:

Volume I of this report explains the crash of American Eagle flight 4184, an ATR 72 airplane during a rapid descent after an uncommanded roll excursion. The safety issues discussed in the report focused on communicating hazardous weather information to flightcrews, Federal regulations on aircraft icing and icing certification requirements, the monitoring of aircraft airworthiness, and flightcrew training for unusual events/attitudes. Safety recommendations concerning these issues were addressed to the Federal Aviation Administration, the National Oceanic and Atmospheric Administration, and AMR Eagle. Volume II contains the comments of the Bureau Enquetes-Accidents on the Safety Board’s draft of the accident report.

For those keen to analyse past accidents this accident is interesting because of prior incidents after icing with the ATR-42 and ATR-72.  See the Federal Aviation Administration (FAA) Lessons Learnt discussion on this accident:

There was disagreement between the NTSB and the FAA regarding whether Roselawn should have been foreseeable based on these previous incidents of roll instability in severe icing conditions.

The five incidents involving the ATR-42 were:

The FAA contended that the Roselawn accident was not foreseeable because:

a) The roll anomalies in all of the pre-Roselawn ATR-42 incidents were induced by a stall, not by an aileron hinge moment anomaly as occurred during the Roselawn ATR-42 accident

One other source is Stephen Fredrick’s 1996 account, Unheeded Warning (Amazon.com / Amazon.co.uk).  Fredrick was at the time an American Eagle ATR-72 pilot.  In part it is the story of a whistle-blower and a couple of chapters suffer from the author’s closeness to the accident, but well worth a read.

The accident anniversary is being marked today.

We have published other articles on icing including:

The NTSB gave a presentation on icing in 2011.

For expert advice you can trust on aviation certification and safety matters, contact Aerossurance at enquiries@aerossurance.com