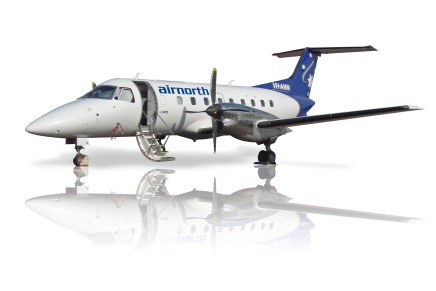 At about 0530 Local Time, the flight crew arrived at the aircraft ready to perform flight TL414 from Darwin to Groote Eylandt, NT. The ATSB say:

They discovered that the refueller was running late and the aircraft servicing had not been completed. The aircraft load information also arrived about 10 minutes late. In an attempt to depart on time, the first officer completed the trim sheet more quickly than usual and did not conduct their usual double check to confirm that it was completed correctly.

At about 0555, the crew started the take-off roll. As the aircraft rotated, the captain (the pilot flying) noted the aircraft felt out of trim, so adjusted the trim and completed a normal rotation. After the initial climb, the captain asked to review the trim sheet. The captain found that the first officer did not include 584 kg of baggage and freight in the take-off trim setting calculation.

The captain and first officer recalculated the aircraft trim and found the correct trim setting for the take-off should have been 0.8° nose-up. The crew rechecked the trim sheet which showed the aircraft was within all weight and balance limitations.

The flight proceeded to Groote Eylandt without further incident.

The first officer said that:

Due to the late arrival of the loading paperwork and the passengers sitting in the aircraft longer than was usual, they felt pressured to complete the trim sheet quickly and pass it to the customer service officer who was standing behind them.

That study suggested  the following strategies to reduce the frequency of time-related errors:

The ATSB research report Take-off performance calculation and entry errors: A global perspective concluded that despite advanced aircraft systems and robust operating procedures, accidents continue to occur during the take-off phase of flight.

Data errors, such as the wrong figure being used as well as data being entered incorrectly, not being updated, or being excluded, happen for many different reasons. The ATSB web page Data input errors highlights that no one is immune from data input errors.

However, risk can be significantly reduced through effective management and systems.

It is imperative that the aviation industry continues to explore solutions to firstly minimise the opportunities for take-off performance parameter errors from occurring and secondly, maximise the chance that any errors that do occur are detected and/or do not lead to negative consequences.