Under customer induced time pressures, a pilot under going type conversion missed a unique action that was not explicitly allocated in the operator’s procedures.  Consequently the main rotor anti-flap stops of Sikorsky S-92A VH-ZUQ, operated by BHA, were damaged during start-up at Broome, WA on 10 November 2016, prior to a flight to an offshore installation.  The Australian Transport Safety Bureau (ATSB) explain:

The flight crew consisted of a pilot flying (PF) in the right crew seat, and pilot monitoring (PM) in the left crew seat.

The PM was undergoing conversion training on the S-92A and this was their first flight on the type as a PM having previously flown only as PF.

During the start procedure, the flight crew reported feeling abnormal vibrations in the airframe. A member of the ground crew then showed the pilots an anti-flap stop that had broken off the main rotor head. 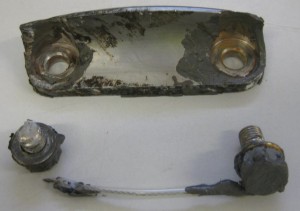 Further inspection revealed that two anti-flap stops had been sheared off the main rotor head during start-up. The anti-flap stop failure was a result of the collective not being lowered at the appropriate point during the start procedure. 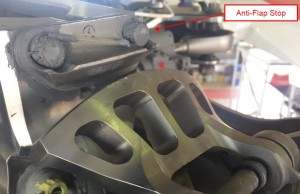 For engine starts with the rotor brake off, as were normally performed by this operator, the collective must be lowered as part of the start sequence. According to the operator’s standard operating procedures, the PF starts the number 1 engine first, and brings the throttle to idle. When the rotational speed of the main rotor is over 20%, and the hydraulic pressure reaches an appropriate level, the procedures state that the collective is to be moved to the full down position. The PF then starts the number 2 engine.

The ATSB identified that times pressures from Inpex, unfamiliarity and a lack of specificity in procedures all contributed.

The crew conscientiously arrived about two hours before the scheduled early afternoon take-off (base instructions required them to report at least 90 minutes in advance).

…the PM was required to make a phone call to the company’s flight operations department and the crew were then involved in a discussion regarding the PM’s further training requirements.

Additionally as a result of a customer requirement:

The flight crew were also required to ‘shadow plan’ and perform the pre-flight inspection on a second aircraft, to ensure the flight could proceed in the event that ZUQ was unable to fly. According to the operator’s daily flying roster, the base pilot-in-command (PIC) [sic i.e the managing pilot at the base] was originally rostered on to be part of the backup crew. However, client obligations on the base prevented the PIC from being available in the event of the backup crew being required. The PF and PM were not aware of this prior to arriving, so they had not given themselves additional time to prepare a second aircraft before departure. Prior to departure, the PF was tasked with pre-flight inspections of ZUQ as well as the backup aircraft, but they were delayed as maintenance activities were still being conducted on ZUQ. In addition, flight data from ZUQ’s previous flight [that morning] had not yet been downloaded and analysed, further delaying the PF. The flight crew perceived a significant amount of pressure from the operator’s client for this flight. They believed that this client, more than any other they were aware of, required flights to adhere to strict schedules.

The crew did recognise the time pressures:

The PM’s unfamiliarity with the unique starting procedures in the S-92A compared with other helicopters contributed to the collective not being lowered in time.

The operator immediately commenced their own investigation which identified 17 recommendations, which the ATSB describe as a “proactive response”. These included:

This incident is an example of what can occur when pressure associated with on-time departures is compounded with the absence of clear operating procedures. It is important that pilots have detailed and specific instructions on which to fall back when they feel pressure beginning to build.

Multi Crew Operation, involves more having multiple crew members, as it needs clear allocation of duties between PF and PM.  In this case the responsibility in relation to a relatively unique feature of this aircraft type were not specified in the operator’s procedures. Apart from the extra discussion on the PM’s training and waiting for the prime aircraft to be readied, the ATSB report shows main time pressures were due to:

In this case those time pressures were recognised and only resulted in damage to the aircraft on the ground.  All customers contracting air services need to recognise that they can adversely affect flight safety though their procedures and behaviours. In the case of a Wrong Deck Landing (WDL) in the North Sea in 2014, the crew were interrupted both on the previous helideck and while on approach by customer radio calls.

In another case, the CHIRP Charitable Trust, who run the UK’s Confidential Human Factors Incident Reporting Programme were: Critical of an Oil Company’s Commercial Practices.  This followed the early termination of n contract ‘for convenience’ and the introduction of a new air operator.

UPDATE 31 May 2017: The US National Transportation Safety Board (NTSB) commented on customer scheduling pressures by cruise lines after the loss of de Havilland DHC-3 Otter floatplane, N270PA in a CFIT in Alaska and the loss of 9 lives: All Aboard CFIT: Alaskan Sightseeing Fatal Flight