The French BEA-D (Le Bureau Enquêtes Accidents Défense – Air (UPDATE: renamed the BEA d’État [BEA-É] in 2018 in recognition of its role in all state aircraft) has issued the final report into their investigation of a landing gear collapse on Canadair CL-415 F-ZBEU of the Securité Civile at Ajaccio-Napoleon Bonaparte Airport, Corsica on 1 August 2016.

The fire bomber, callsign ‘Pélican 42’, was one of two aircraft taxying for take-off when the right hand Main Landing Gear (MLG) collapsed as the aircraft turned to align with runway 20 for take off. 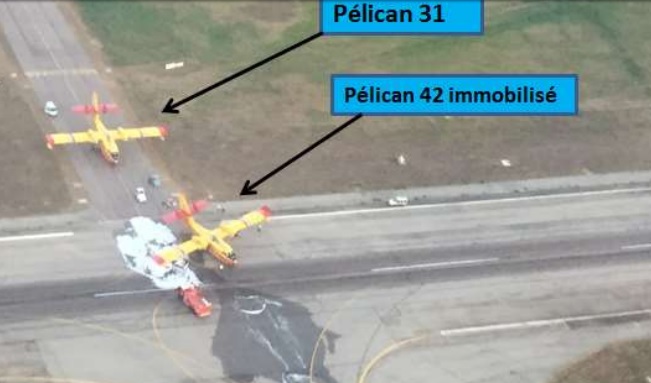 In particular the right hand float was damaged, and a fuel leak occurred. 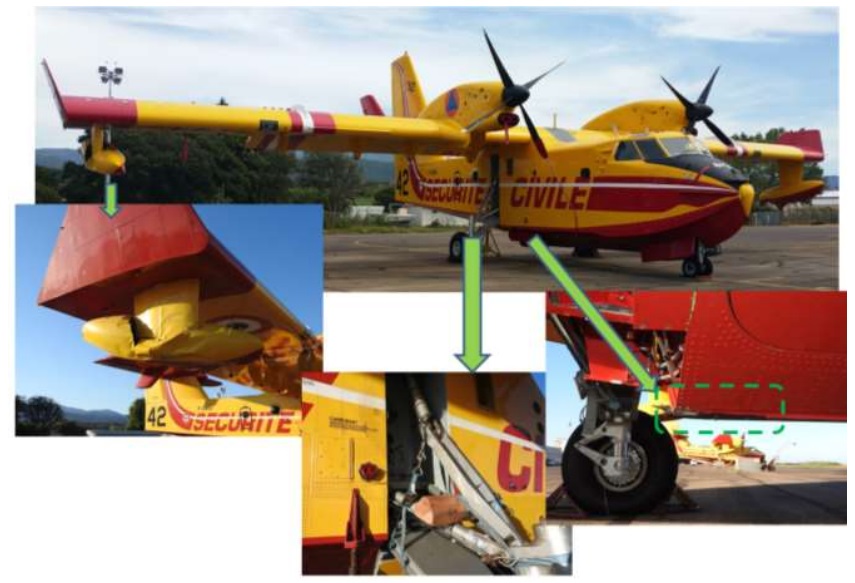 The MLG is locked by a strut by the principle of a geometric locking by overextension.  When examined the MLG strut was found to be outside the allowable range which led to premature wear of the components of the strut assembly.

The recommended value for X in the Component Maintenance Manual (CMM):

The investigation revealed that the maintenance organisation overhauling the landing gear struts had translated the CMM from English to French but had made an error with this dimension:

The landing gear was jolted unlocked when the aircraft taxied onto the runway at a higher than intended speed (c 14 knots rather than 6 knots).