The Australian Transport Safety Bureau (ATSB) report that on 28 October 2021, while a Leonardo AW139 air ambulance helicopter was landing at The Alfred Hospital Helicopter Landing Site (HLS) in Melbourne, Victoria a passer-by walking along Commercial Road, under the approach path, was blown over and seriously injured.  ATSB identify neither the helicopter registration nor the operator.  Ambulance Victoria contract five AW139s. 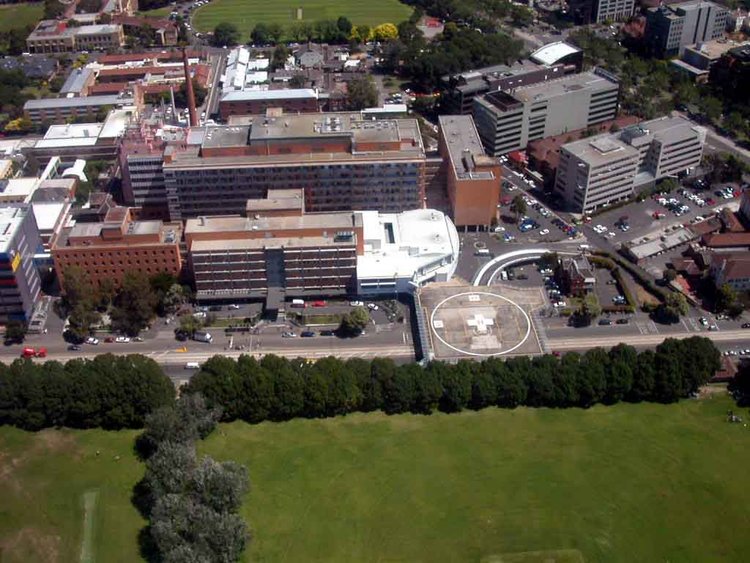 The 39 by 42 m elevated Alfred’s HLS opened in 1988 as part of the development of Australia’s first dedicated trauma centre, instituted as part of a programme to tackle major road injuries in particular.  It has been claimed that the availability of this centre, one of only two adult trauma centres in the state, has reduced the road traffic death rate by 50% in the state (VIDEO 1). The ATSB explain that:

The crew approached the helipad from the west [at about 15:50 Local Time], using a steep approach profile aligned with Commercial Road. 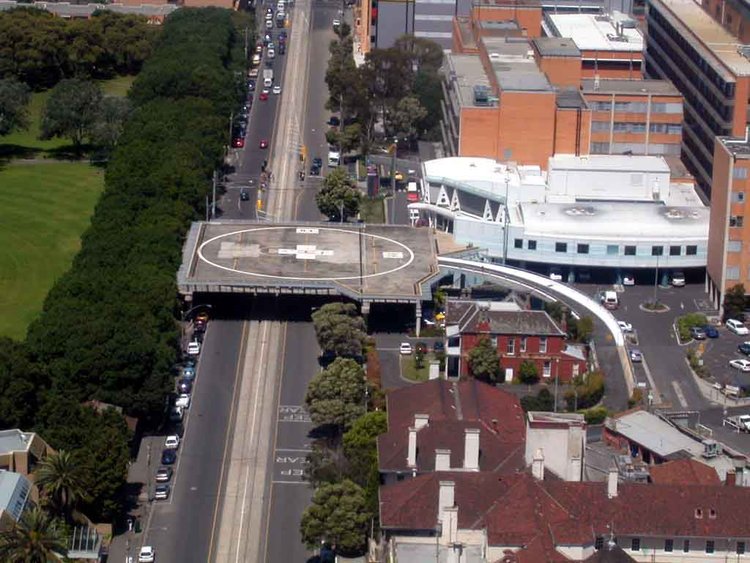 There does not appear to have been any subsequent assessment of FDR data to verify the approach.  The pedestrian was “about 50 m” to the west of the HLS when they were blown over.

The Alfred HLS is located on an elevated platform approximately 8 m above Commercial Road, a publicly accessible thoroughfare with both vehicular [road and tram] and foot traffic. This design is unique in Australia, exposing public vehicles and pedestrians to the possibility of helicopter downwash on landing.

VIDEO 2: B412 approach and landing at The Alfred Hospital HLS from the west 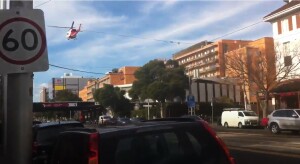 Previously helicopters had landed in Fawkner Park on the opposite side of Commercial Road.  The elevated site was given a A$250,000 lighting upgrade in 2021.   The ATSB also comment that they have…

…received reports of 5 rotor wash events at various hospital HLSs since 2016. Of these, 3 occurred at The Alfred hospital HLS and all involved AW139 helicopters.

After the incident the helicopter operator temporarily ceased operations from the site.   They only recommenced operations after they had:

The hospital has also commissioned a study of the site. 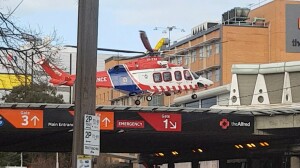 Helicopters produce significant main rotor downwash, especially during hover taxi, take-off and while approaching to land. It is important that the risk of downwash related injuries, either by direct exposure or by being struck by loose items, be assessed prior to using a helicopter landing site (HLS). As pilots have limited ability to reduce rotor downwash during these phases of flight, securing loose items in the vicinity of the HLS and keeping people a safe distance away are the most effective ways of preventing injury.

UPDATE 3 March 2022: A fatality occurred at the Derriford Hospital in Plymouth, UK during the landing of a SAR helicopter at the hospital helipad (which is built on sloping ground surrounded by roads and car parks within the hospital site, which opened in 2015).  Two people on the ground were injured.  One, an 87 year old woman, later died of her injuries.

Not infrequently we find that non-aviation stakeholders misunderstand the physics of downwash, erroneously believing that smaller helicopters have significantly less downwash than larger types.  An AW139 has a maximum take off mass of c62% of an S-92A and an EC135 is at c24% of the S-92A mass.  However, the downwash velocity of the AW139 is c91% of the S-92A and the EC135 is at 80% of the S-92A, less, but still substantial. 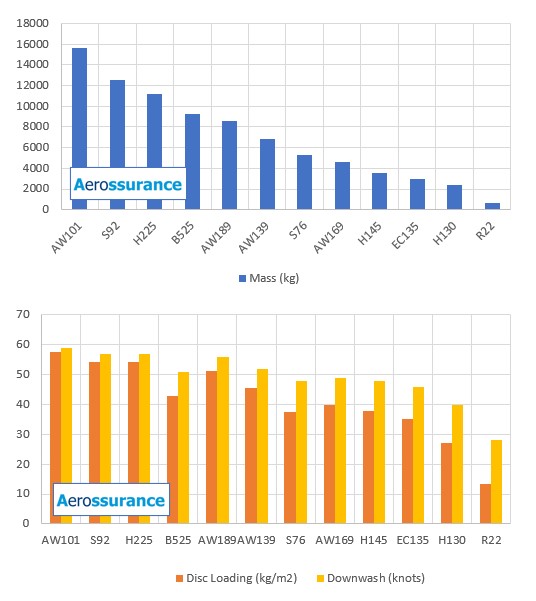 BP has shared a useful video on the threat of downwash (albeit with focused on closer proximity to HLS / offshore helidecks): 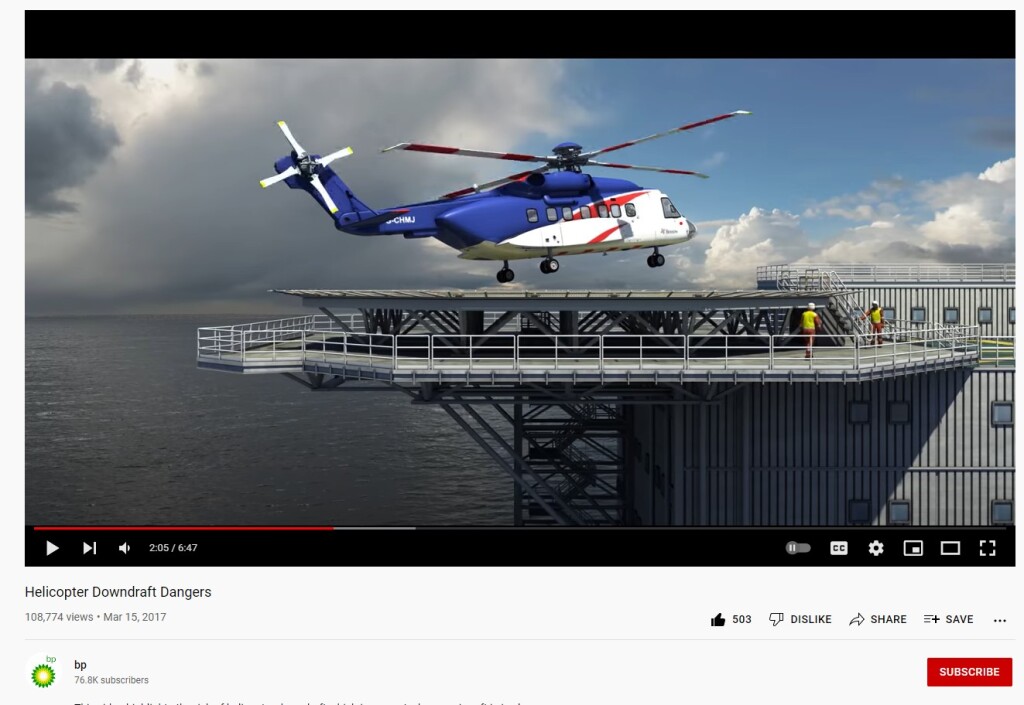