The aircraft came to rest at a cliff edge.  News Report VIDEO. 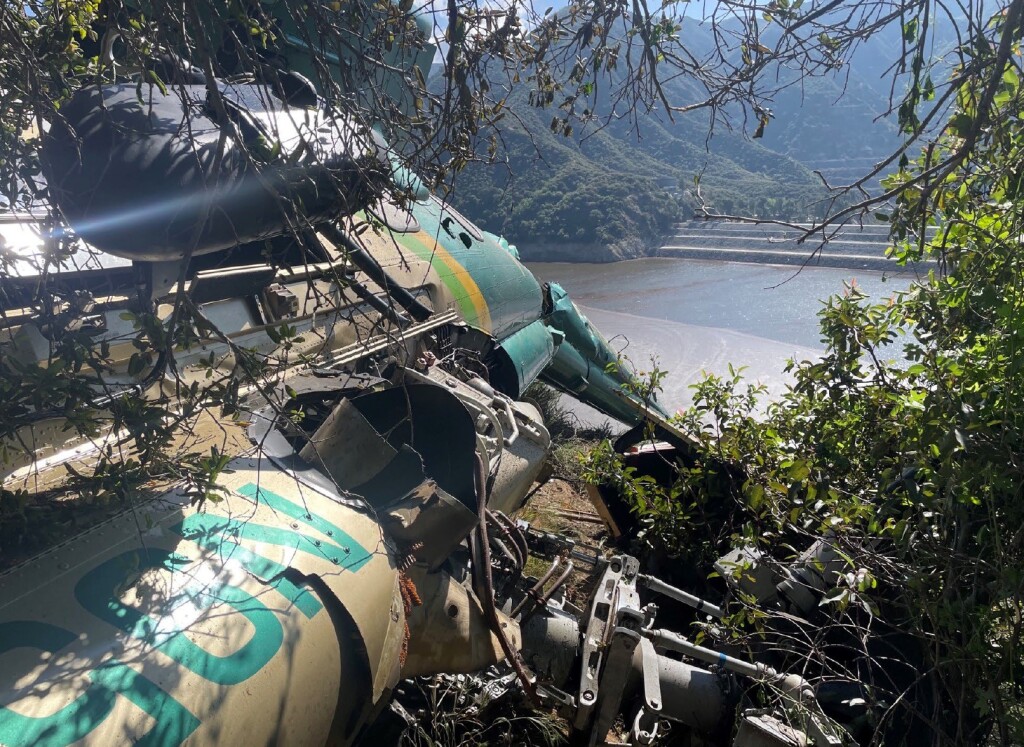 In the short US National Transportation Safety Board (NTSB) safety investigation report, issued on 9 September 2022 and the associated public docket it is explained that the police helicopter, callsign Air Rescue 5, had been tasked to conduct a HEMS / air ambulance flight to transfer a patient from a road accident in a canyon in the Angeles National Forest.  Oddly in the accident report form the LASD did not declare the applicable regulations a being ‘Public Aircraft’ but incorrectly as a ‘Part 91 Air Ambulance Flight’

The initial plan had been to land on the main road itself, but the space was filled by vehicles unable to progress due to the road accident.  The crew then decided to land in an unmetalled turnout (or a dirt passing area) and conducted at least two low recce passes.

The crew chief (CC) called out a ‘stinger’ (tree) obstacle that the aircraft commander (PIC) acknowledged.  In their interview with the CC:

The CC stated that they started the approach and were kind of coming in a sideways angle facing the south toward the tree. He said the dirt wasn’t too bad and about 7 to 10 feet above the ground. He still had visibility and was in the process of clearing the rotors and the tail. He said that the called those out (rotors and tail clear).

The aircraft commander was maintaining the adjacent asphalt road as a reference through the cockpit bubble window.

He said that it felt like they climbed a little bit, and that he could clearly see the blades moving toward the trees, then everything happened right after that.

The aircraft came to rest on its left side.  The crew chief was thrown clear of the fuselage but restrained by his crew harness.  Accident site VIDEO. 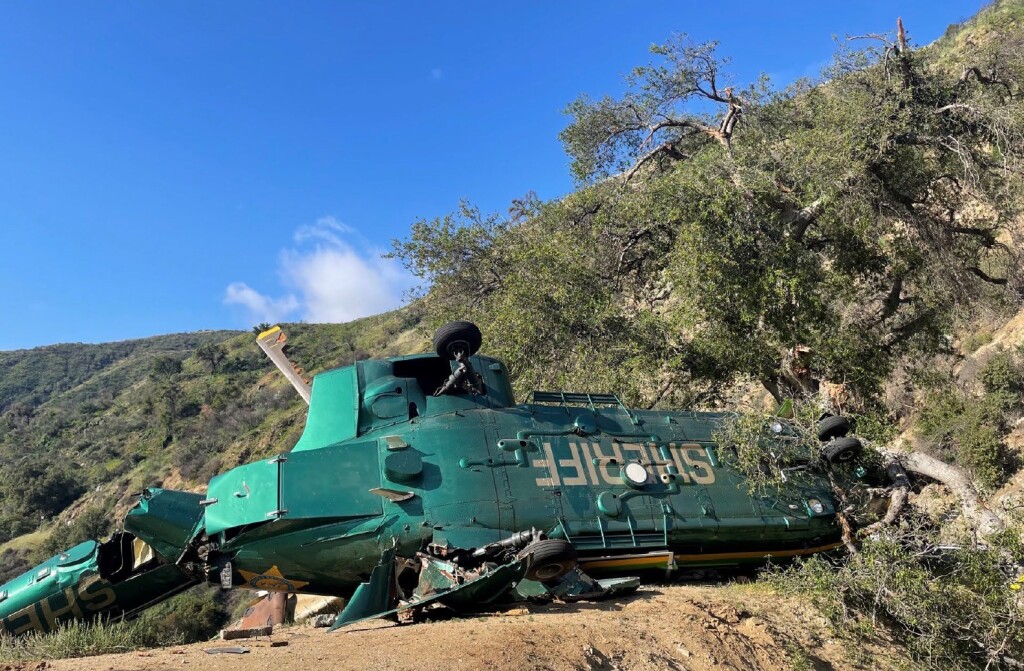 The PIC (Pilot Flying) told the NTSB he had been aware of the brownout risk and:

They started the approach, and the PIC called out that he still had visual reference to the road. While about 5 feet above the ground, he heard one of the crew in the back call “hold.” The crew chief didn’t elaborate, he just said “hold.”

The PIC placed the helicopter into a hover. He lost all reference and announced that he, ”lost visual.” He then stated, “pulling up” or “climbing” (one of the two), with the intend of pulling straight up to get out of the dust. He stated that that was the last thing he remembered until he woke up in the cockpit.

The PIC stated that the CC “had just returned from a period of having not flown due to a knee surgery and was a little rusty with his commands”.

When the PIC spoke with the CC after the accident, the crew chief agreed that he should have elaborated as to why he said hold. The PIC stated that the crew chief still had visual references and observed the helicopter still moving forward, and that was why he called hold.

The PIC was knocked unconscious and woke onto of the co-pilot.  Both brackets of the 265 lb (120 kg) PIC’s seat belt had broken.  He had…

…heavy bruising on his lower body [and] his head hit the upper console, and the helmet protected his head. 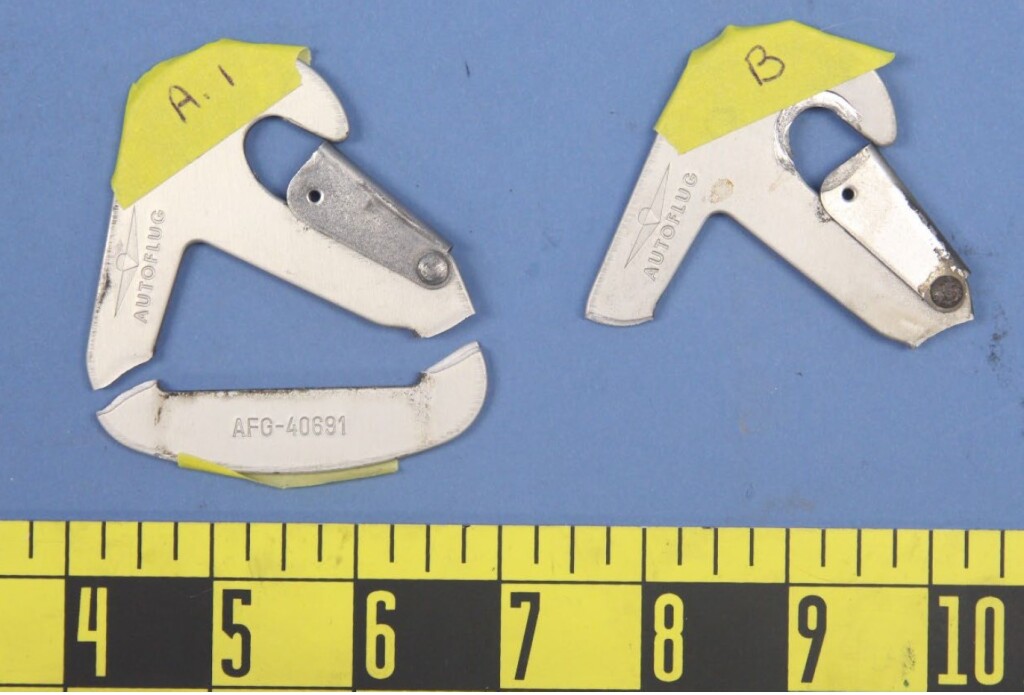 The NTSB make no further comment in their accident report.

With very little prior analysis the NTSB state the probable cause was:

The pilot’s failure to maintain clearance from a tree after encountering brownout conditions and a loss of visual reference during the approach to land.

No recommendations are made (as sadly common in both rotorcraft and non-fatal NTSB accident reports). 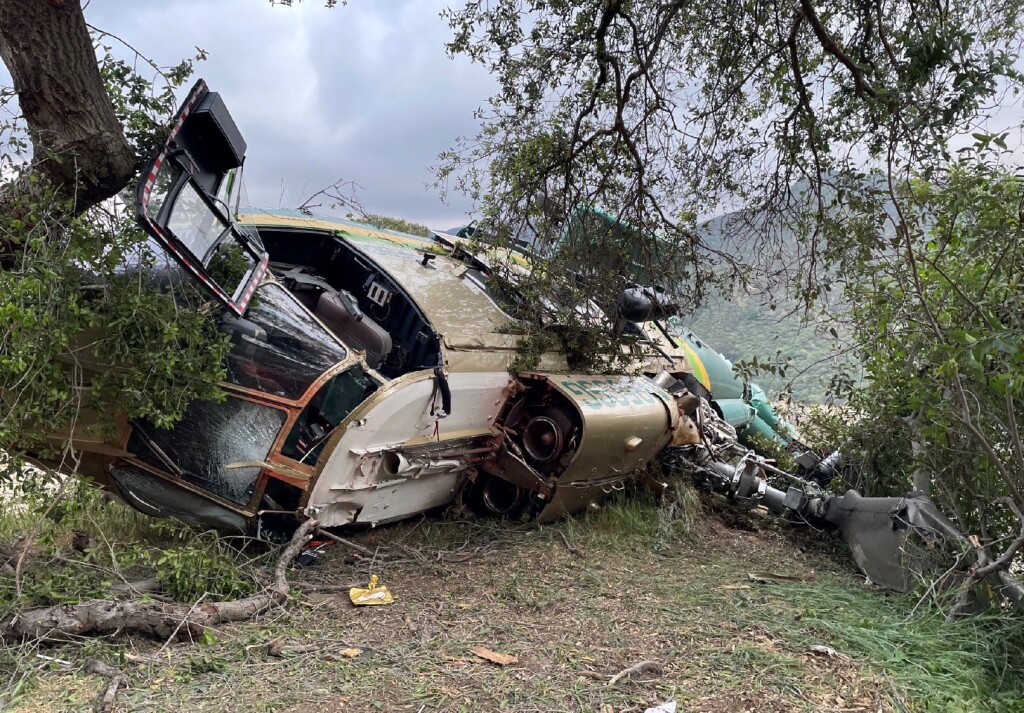